Went to the card show Saturday. The crowd was more of the old normal steady but not crowded. That made me happy. I was hoping to find some great deal/steals. I perused the dealers, and like last time, several I did not know or recognize. Tons of old and new stuff, singles, hits, vintage, and lots and lots of unopened boxes. ALL high priced, everything at least what I could tell as I didn't stop my feet from moving until I got to my favorite seller. I never left his tables for the whole show. He was doing 1 table f his stuff, and another for a buddy of his as is normal. There is a story about that, but you'll have to wait until I post what I did buy at the show. Won't be like the last haul. 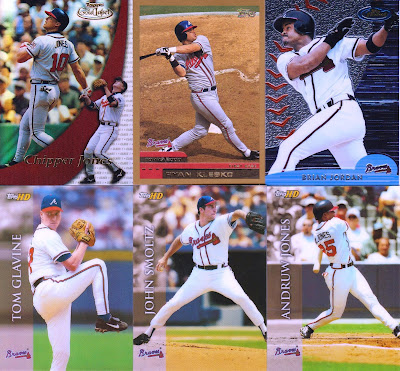 If that 2000 Topps Klesko looks odd (brown border like 1999) instead of the silver border from 2000, it's because it is a preview card. I did pick of several preview cards this go around/order
. 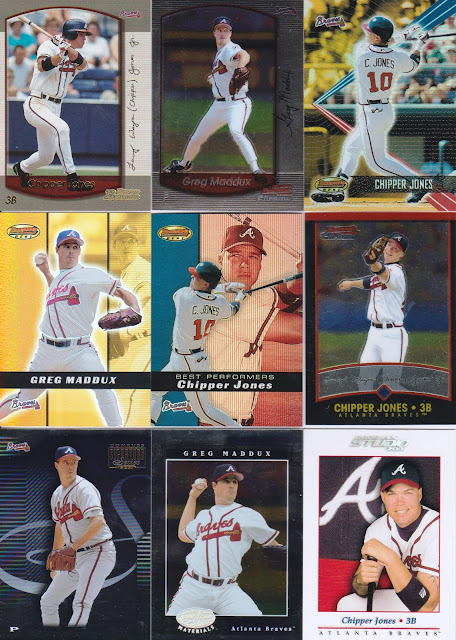 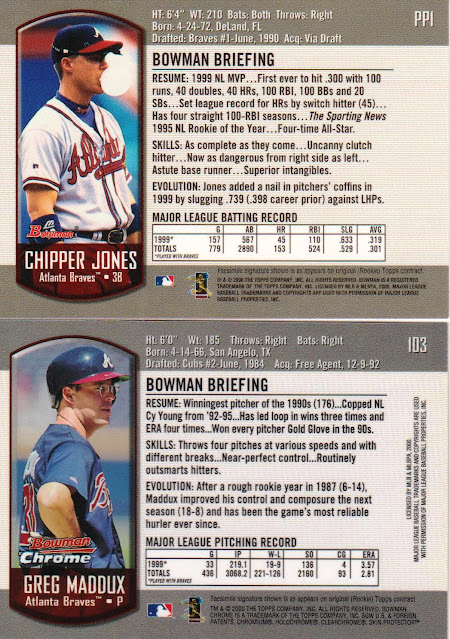 The back of the Chipper shows it too is a preview card. I scanned the back of the Maddux because I found it interesting that Greg is wearing a batting helmet and has his eye glasses on. Not your normal baseball card photo. I like it. 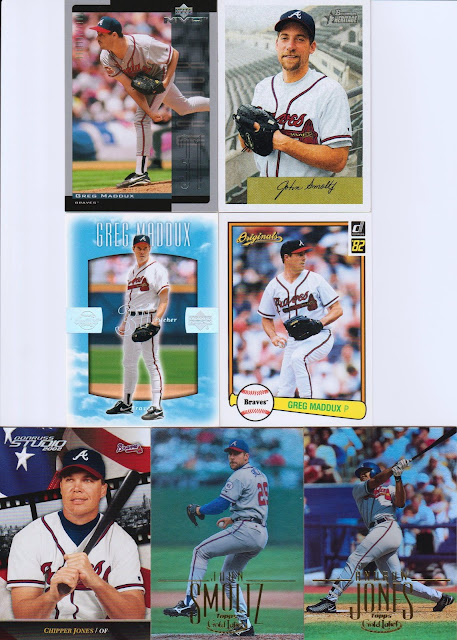 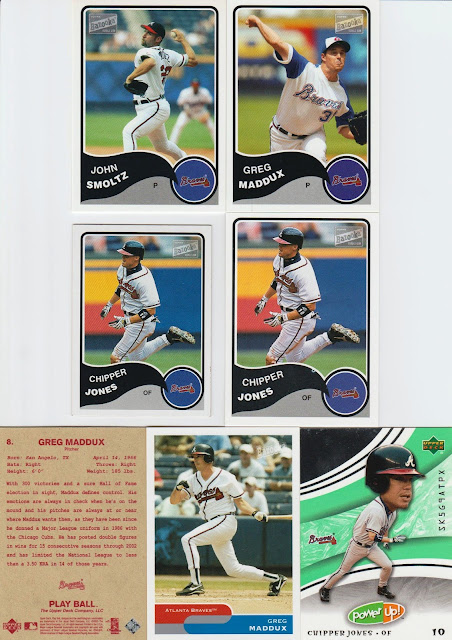 That is it for the 5 year span from 2000-2004 as far as Braves go. I did do a good bit of set build needs. I also bought from several sellers that I got free shipping on or very  very low shipping so those will have there own posts as well.