Starting out with some of the higher end cards I picked up at the last show. 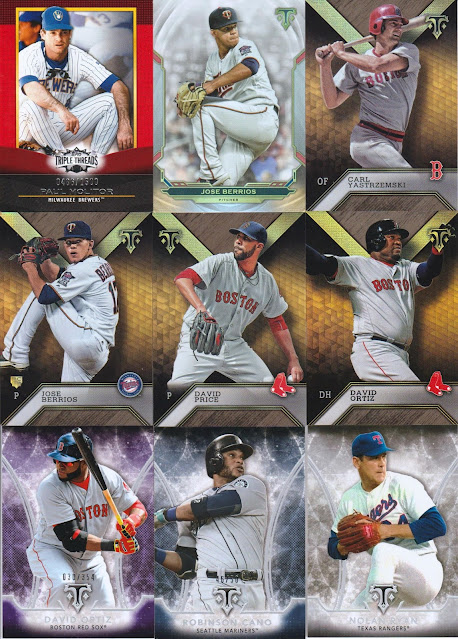 Same goes for Triple Threads. Especially the parallels. Remember recently I said I would get to the punchline? 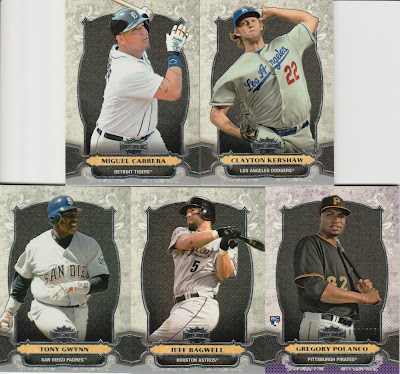 No? I had mentioned that I was pulling cards from boxes that I thought were priced at .50 each, meaning I was expecting my typical great deal to come out to probably a dime a piece. 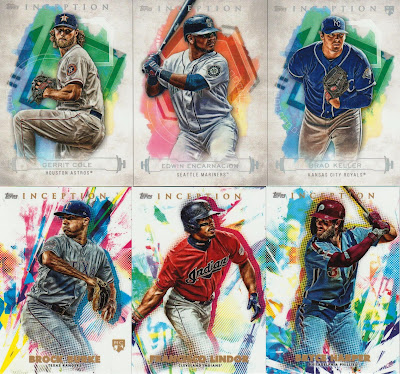 I quickly replied, that I thought they were at .50, and Fred said no, they are dollar box cards and you have over 400 cards. 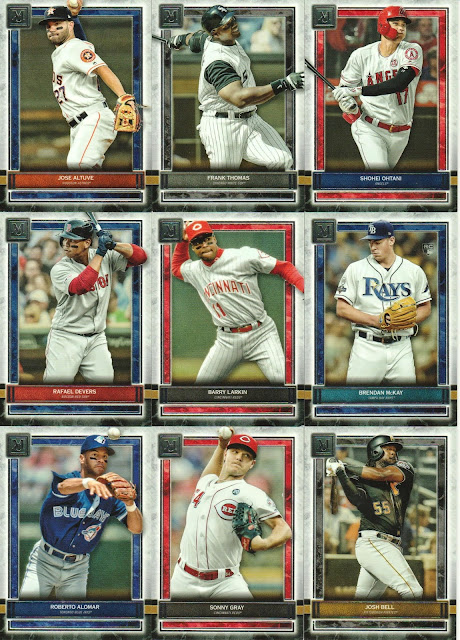 For some reason, I told my buddy to forget it, I'll put them all back starting with the 50 or so I had just pulled from the box I was working on. I put those back in the box and stopped digging. 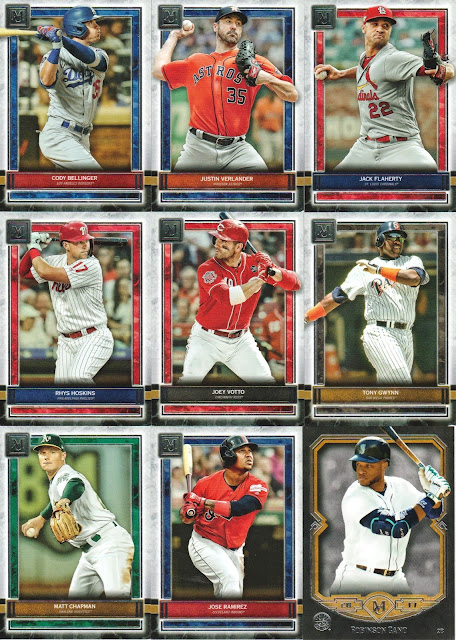 Fred, said to me wait now, you know I always work something out with you.  I replied I know you do, but you just said $400.00. Even if you slash that it will probably be more than I would want to spend. 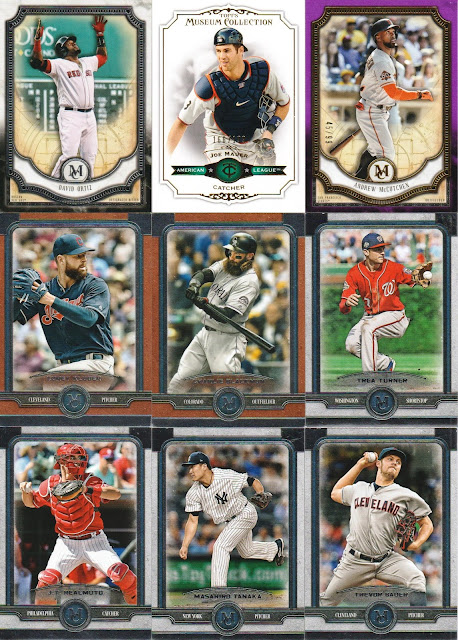 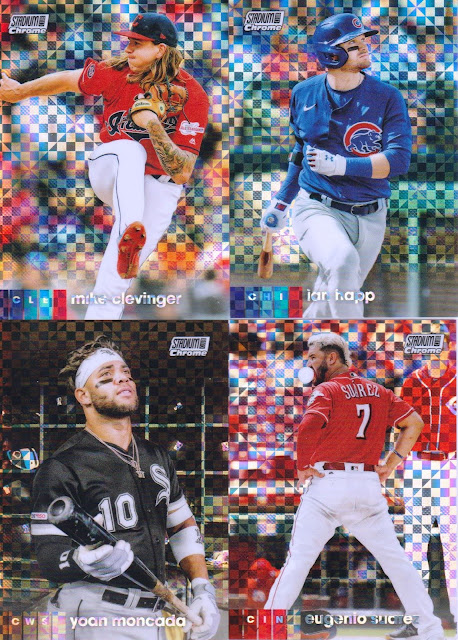 It took me all of about 5 seconds, to say I'll do it. Regretting that I dumped that stack of 50 cards back into the one box. 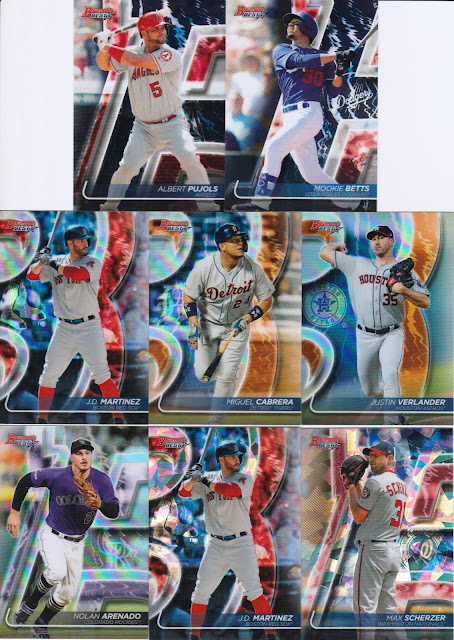 I have no idea why I freaked at the $400.00 thing knowing Fred was going to work a deal. I was just expecting the deal to be a dime a piece, not a quarter a piece. Don't get me wrong, a quarter a piece is a good deal on a lot if not most of the cards I pulled. It just caught me off guard, like I said.

I knew I had grabbed a bunch of other cards that were not of the high end variety per say. 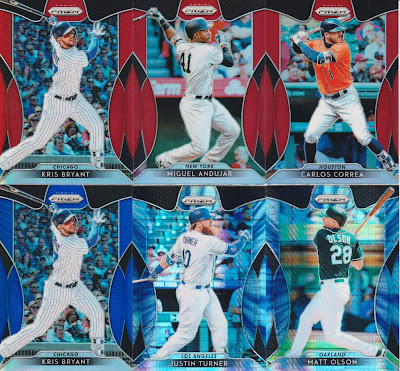 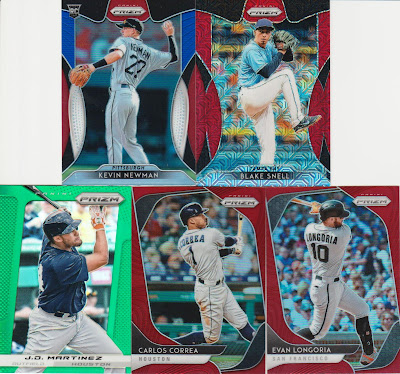 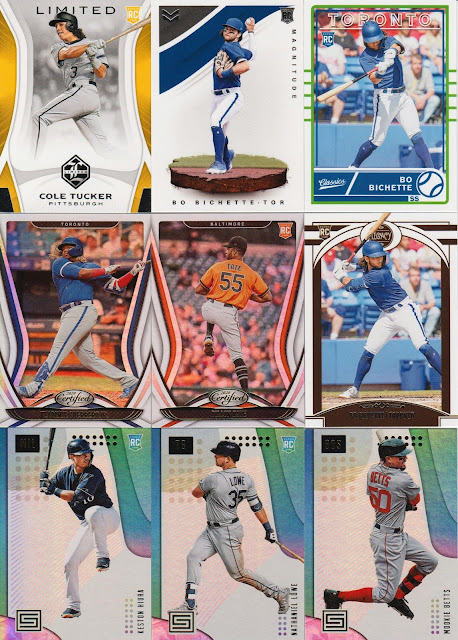 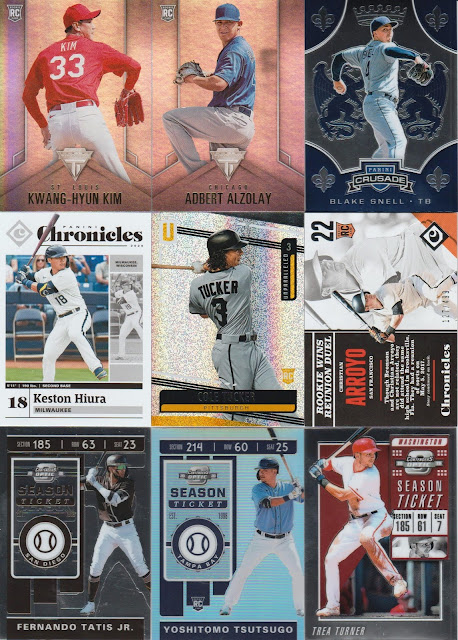 I was able to grab up some of the higher priced cards for the crazy set builds too. You know, like the Chronicles from the last few years.

In the end I just freaked, I had a dime stuck in my head and was giddy about that. A quarter is still a good deal, just not the great deal I was hoping to experience. I freaked because half way through the dig, I commented that I should just see what all of the cards (all 7 monster boxes), and Fred said he knew that number was $6,300.00. The quick math told me then and there that apx. a quarter a piece if I bought all 20K plus cards. I definitely slowed my pulling, attempting to finish the last half. I finished just 1 other full box when I asked where I was and the $400.00 came out. I stopped, and I already told you where we wound up. It really wasn't until I got home that I realized my freak out was unnecessary. I just hope my reaction doesn't change things with Fred, he is after all my favorite dealer to buy from. We'll see Saturday when I head back over there.

Posted by Johnnys Trading Spot at 11:03 AM