Rough weather down here yesterday. Looks beautiful this morning. Blue skies. With that said, nearly a month has gone by since I journeyed over to Jax to the card show. It was raining that day, and most likely will be raining again this coming Saturday when I head back over there for the May 1st show.

I went there hoping to find some super deals. I did not. I found deals, but not what I was hoping for. I wound up staying the entire day at my friend/favorite seller Fred's table. As is his normal, he had a table of his stuff, and 1 for a friend of his. He didn't have a bunch of stuff out on his side. I bought all of his 2021 Donruss cards (about 2,500 cards), and picked some Braves (from his team/player boxes), and other recent cards he had in the glass case (albeit he has no glass on the case). More of a box the just like the cases without the glass. I spent a hundred bucks on his side. Typically these are cards that carry a premium. Then I went to the other side. I could of sworn I heard him say they were 50 cent cards to someone. I went to town, pulling everything whether I needed it or not. I know Fred always cuts me a deal, so I didn't second guess anything. They were NOT .50 cent cards. I'll give the punchline in the next post.

I need to get the pick ups from that last show posted. I will start with the Braves tonight. 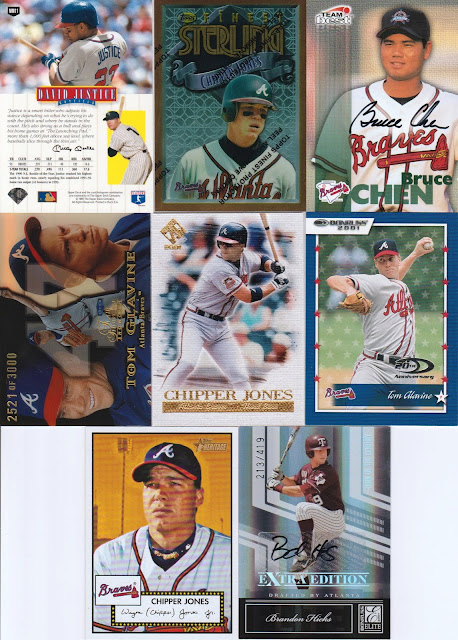 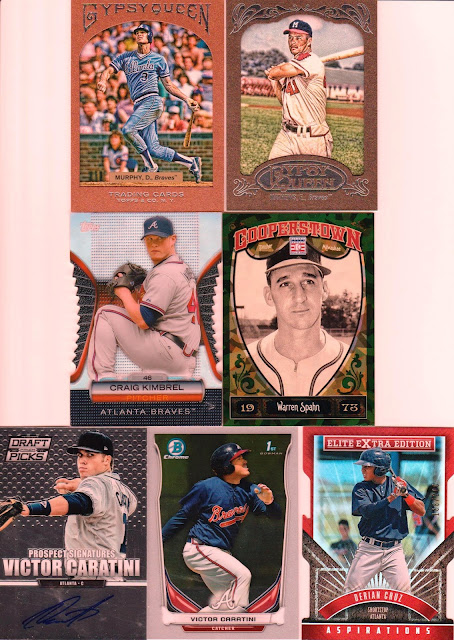 A few of these came from (the other side). 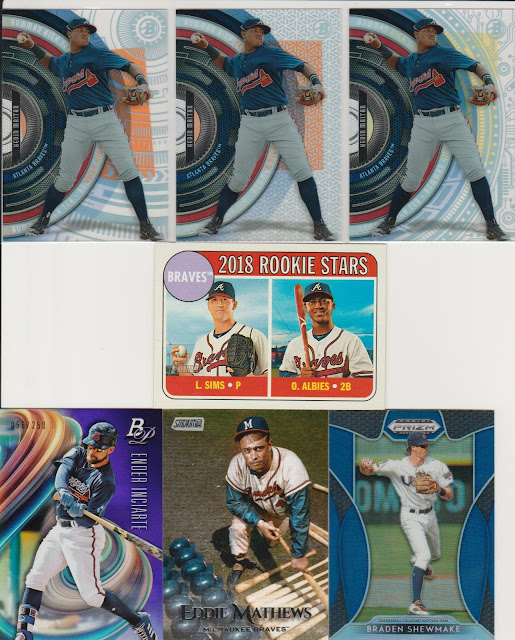 Maybe it was more than a few. 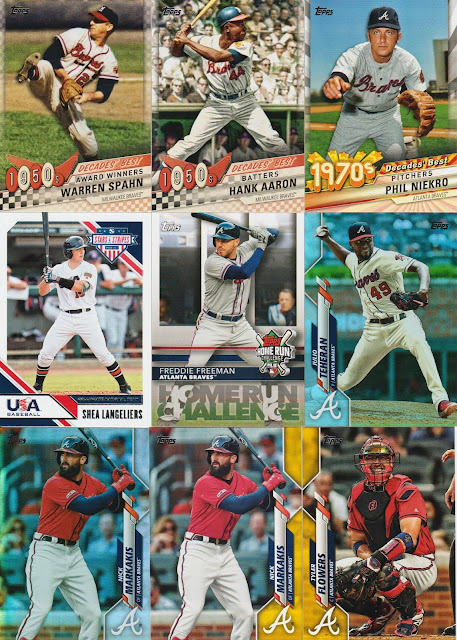 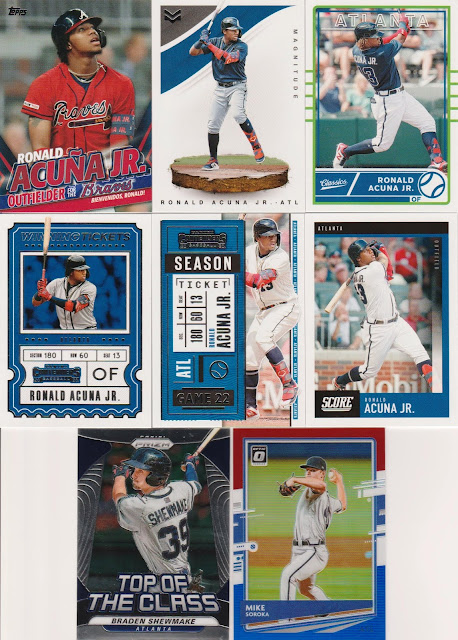 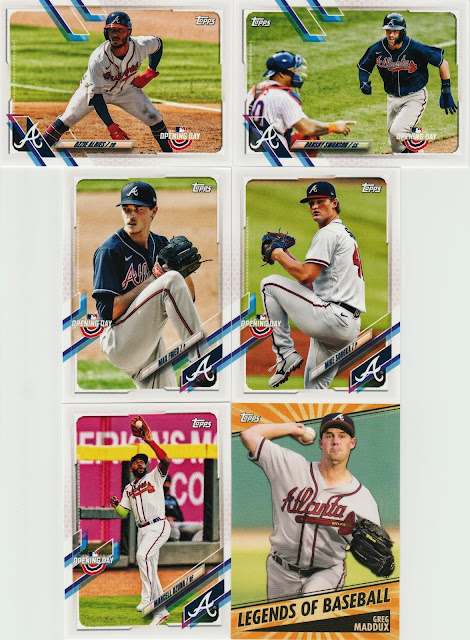 Back to my opening: Tornadoes missed us (at this house), but man long day and night. In the middle of the night (literally) 3 firetrucks, a fire rescue, 2 paramedic trucks, and a police car all blaring with lights and sirens stopped across the side street (we're on a corner and roads are on 3 sides) of the yard. It's a big yard 3/4 acre. The whole neighborhood was outside looking. First the firetrucks then the police and rescue left, leaving only one of the paramedic vehicles at a neighbor's house. She was on her carport, apparently fine. The other paramedic unit went 4 houses down. I still have no idea what was going on.

I will hit up the higher end cards tomorrow.

Posted by Johnnys Trading Spot at 8:43 AM