I have mentioned a couple of times recently about my 1st SportLots BOX order, and that I also had several sellers ship directly to me. I did that because I really didn't understand the box thing when it comes to the 2nd shipping charge. What wasn't clear to me is that it would be based on weight. I now know that, but didn't before that first BOX. I still placed a 2nd BOX order which is still waiting for a couple of sellers to send in their portion. I do plan on placing another (3rd) BOX order with the distinct plan of keeping the weight down. This will take awhile to get that box ready in my cart. Meanwhile, With the sellers that mailed direct to me were decent chunks, and undoubtedly save a bunch on the shipping vs. FROM the box. Most of these were no shipping direct to me, not all but most. I have scanned them each separately to do a comparison to blasters.

First up we have the package from: Bandit24. Total with shipping (if any) $23.40 for 116 cards. Similar to a blaster. 63 of the cards were Braves needs the rest were set-build needs or PC guys. 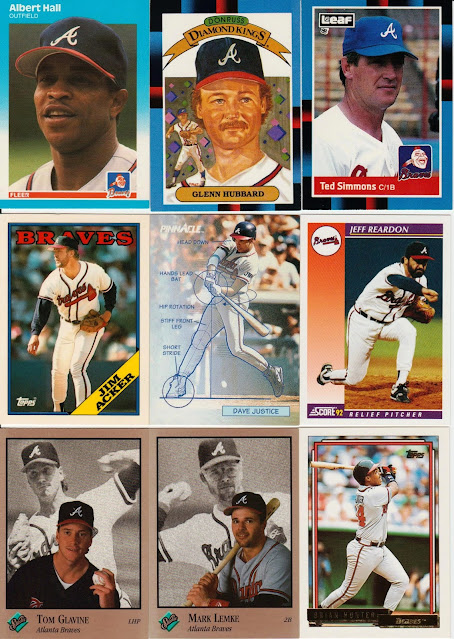 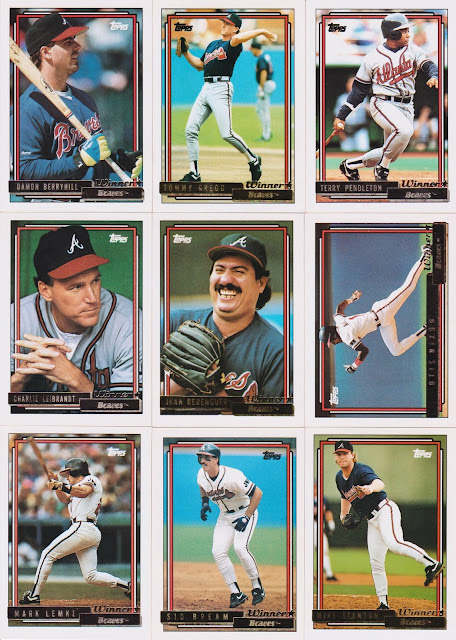 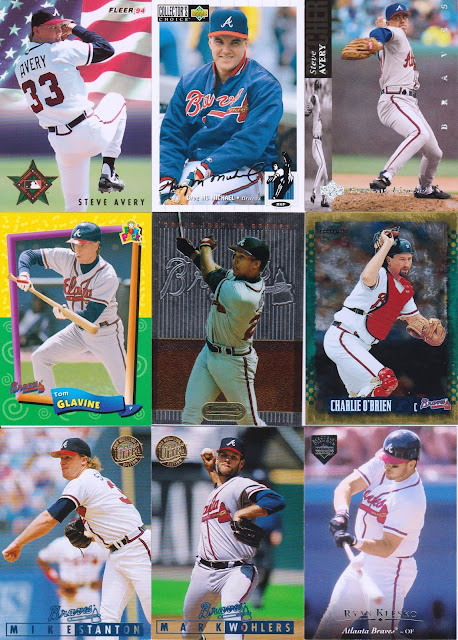 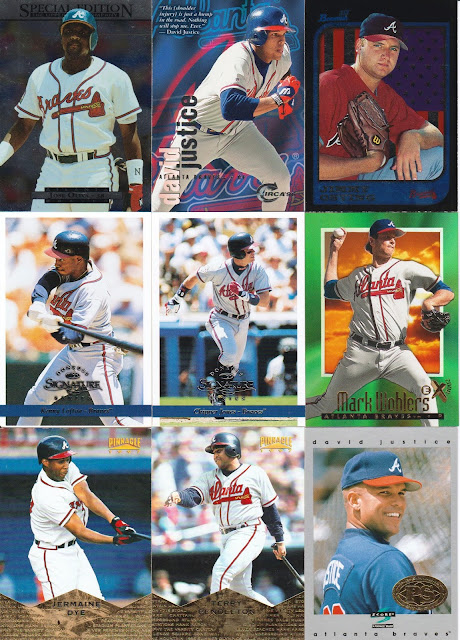 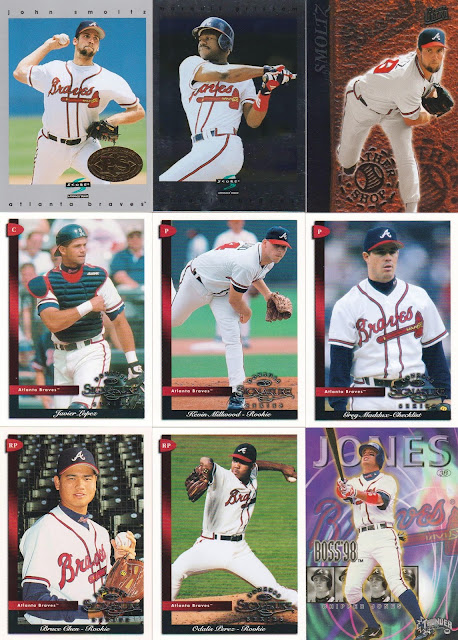 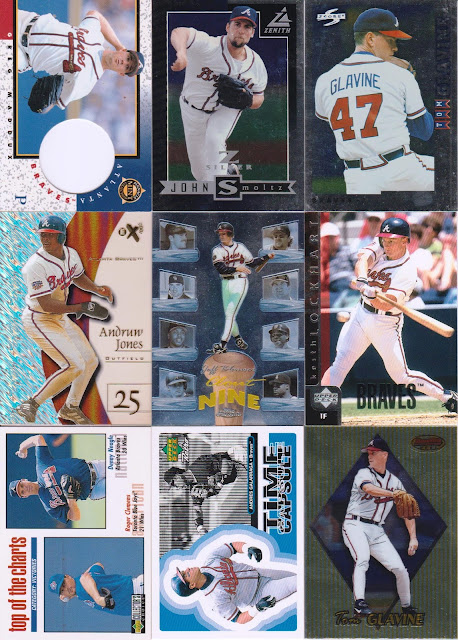 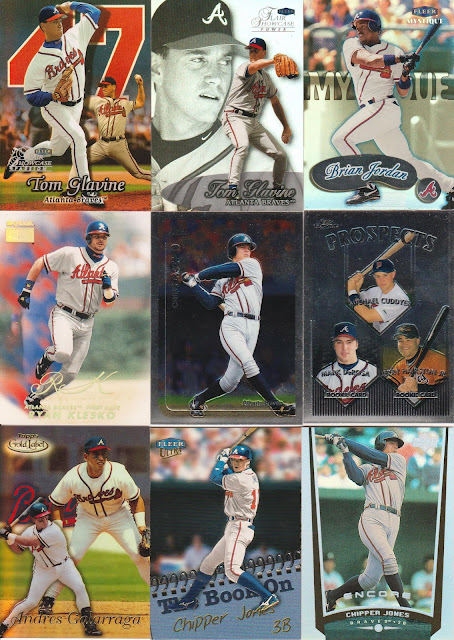 As you can see a good portion of these are parallel cards. Many are from weird/odd sets, but they are all from the 90's. That first BOX order, and pretty much of the direct to me orders were 90's additions to my Braves needs. In the last few months I have knocked down apx. 2K of those needs. That is making a dent. For the entire order (116 cards) my average cost with shipping if there was any was .20 a card. For the most part ALL needs. That is so much better than buying a blaster. Truth be said, the only thing about blasters that I miss is the ripping. I miss that, but I am more than willing to find older boxes of cards to rip, just not from the 90's so much as they do tend to be "bricked".

I'll be back tomorrow with another sellers "blaster".