The Bingo Winners as I see it.

No one claimed three of the games. I actually played all of the cards with a actual bingo dauber. So I know who was supposed to have won. I even put in clues, like BOLD numbers that actually made a bingo followed with a "better check your card" notation. Tons of views, loved that. But I can not tell other than the players who commented who was actually playing.


So, listed below is who was supposed to win what game, but may not get a prize.


Single bingo was first taken by Trevor who apparently wasn't playing, shame because he also originally won the double straight bingo as well. Those two games are going to have to go to

That left the postage stamp which was won by Jeremy who was playing but just missed the bingo. He will still get a prize (he got a big one today already). I'm sure he will post that one.


Next we had the last of the first 4 games....appropriately 4 corners winner was Keppel.   No prize here awarded as no one claimed it.


Lastly, was the blackout. This was actually won bu Bo who was playing, but didn't call it. In his defense I had entered 5 numbers just before the last two numbers but I didn't update it. So I am awarding Bo his prize there. I know he was playing. 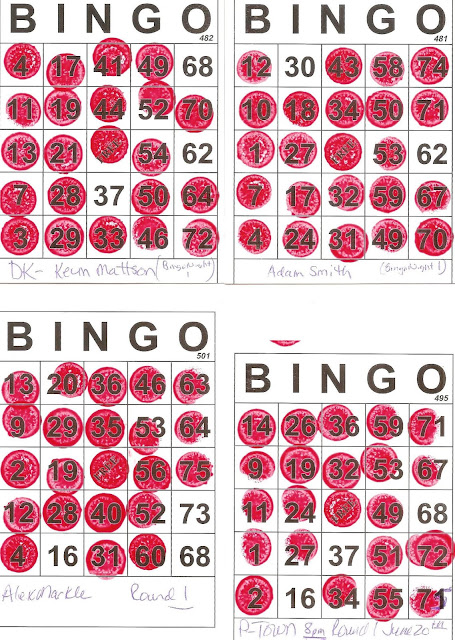 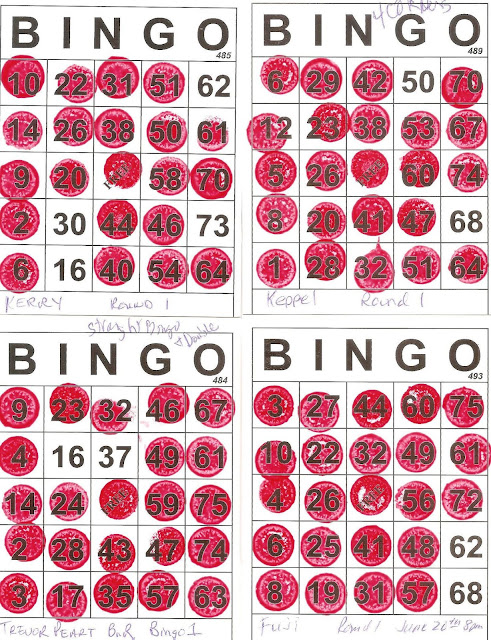 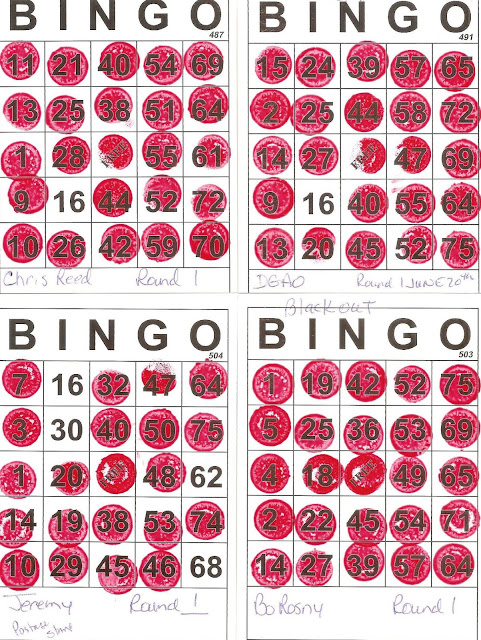 BTW, I did send Tom a bingo card this morning, he was out of town and had plans for tonight.


We have 9/10 people already with cards for the Bingo night in July (date TBD). Still time to get me 2 needed Braves to get a card if you don't have one yet. The prizes are pretty cool, but you'll have to wait and see what these winners get if they post them.

Thanks for playing. I had a ball, it was fun.
Posted by Johnnys Trading Spot at 9:10 PM