Look what I found

I made it back home for a few days last week/weekend. I didn't really get to spend a lot of time with Hunter (daughter) as I would have liked. But at least I got to have IHOP with her for Father's Day. Between her working, house shopping, and whatever else the twenty something's do I was sitting on the back burner most of the time. I did make the 2 hour trip south of Ocala down to the Tampa Flea market. Again, I felt a wee bit disappointed with the set up. They changed it since I last visited and now it isn't in as big of an area. Resulting in less space for more money so less dealers, which included 2 vendors I was hoping to see but they were not there. I did find a few things so it wasn't a total wash out. In fact one of the things I found was from a vendor from Jacksonville (he is trying real hard to sell me a million card lot). We'll see.....he is usually priced higher than I would like, I am a cheapskate you know (he knows it too). I want a deal on everything every time. Sometime you win and sometimes you lose. I try to keep it 50/50 with this particular vendor though.

Anyways, by now you folks want to see what I found (from that vendor). 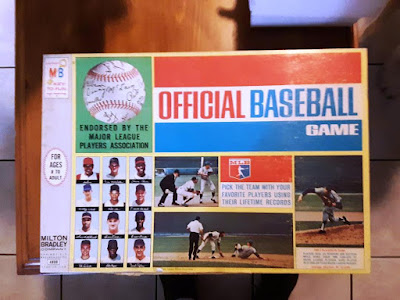 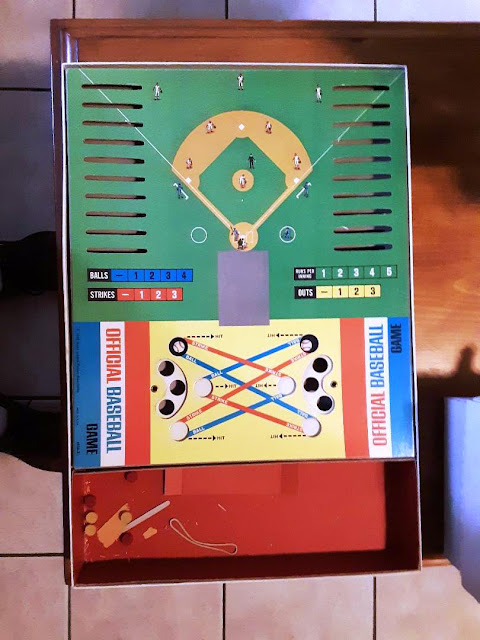 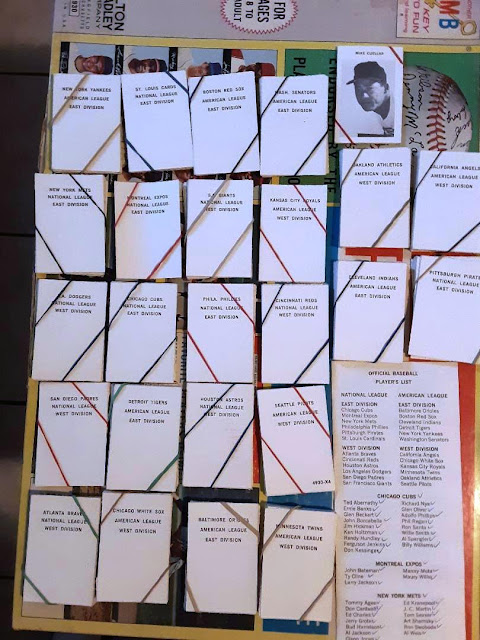 I purposely kept the cards upside down other than the one. You see there were 4 (four) cards missing and the person to guess which 4 correctly will WIN a 1974 Dave Winfield RC card. It isn't perfect, but it isn't bad. Scuffed on the front. So yeah, hidden contest here. HEADS UP, only 2 of the missing are super stars and then a semi star and a common. This is going to take a long time unless someone is just that freaking lucky which I am okay with.  BTW, these cards are SWEET, condition wise that is. You might think otherwise with the rubber bands, but no, they are great. 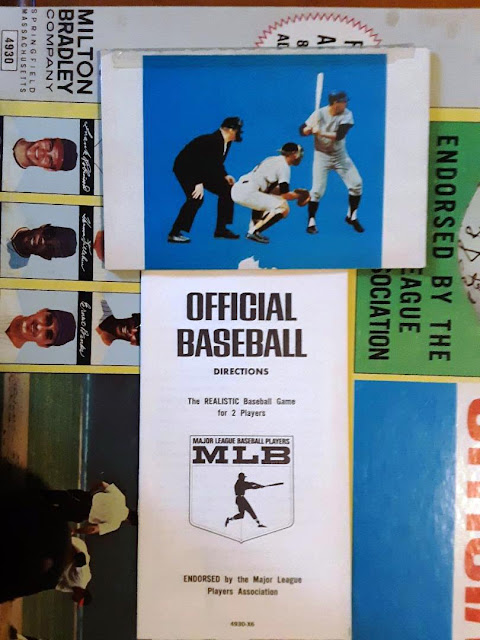 All of the other pieces seem to be present. 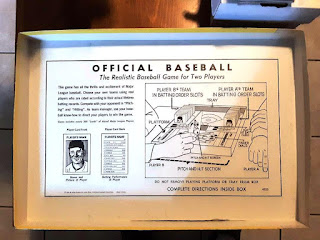 The inside of the box has the rules. So there you have the highest priced thing I bought in Tampa. I did make another purchase there but that is another post.


Have a great weekend!
Posted by Johnnys Trading Spot at 9:20 AM