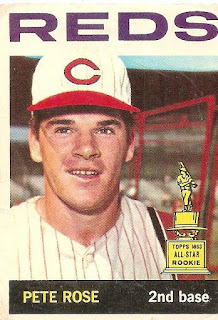 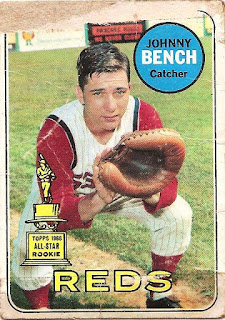 The Bench ain't purdy, but when it is strictly for the Topps AS Trophy Cup binder, this works.  These two were the biggest names on the list. Now I am down to just a few cards and that collection will be complete.  One of my goals for this year. 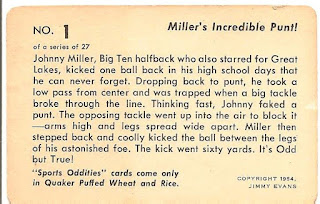 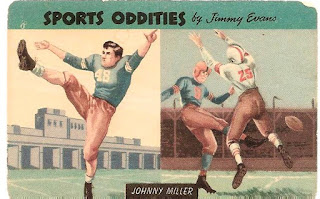 I picked up a vintage Miller, and a Johnny too.  Not on the goal list but hey it's cool enough to include with this post as it did come with these cards. 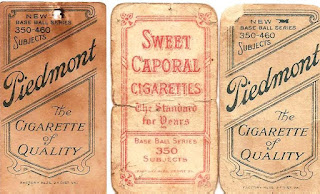 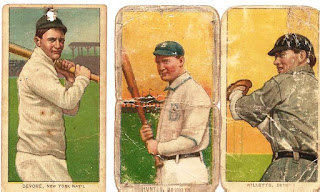 Three more T206 White Borders. Another Goal for this year. 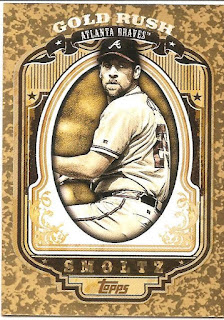 I picked this card, as I had previously ordered it from comc and was sent Eckersly instead, they refunded and now I got the right one. 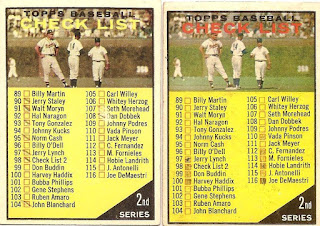 There are three versions of this card. The red letter is obvious, as is the yellow letter. They are different. However, the third variation is on the back and I am confused. It (the variation) is supposed to be about the number 98 being white in a black circle. Like the one you see below. I don't recall ever seeing the base version with the 98 black in a white circle. Have you? 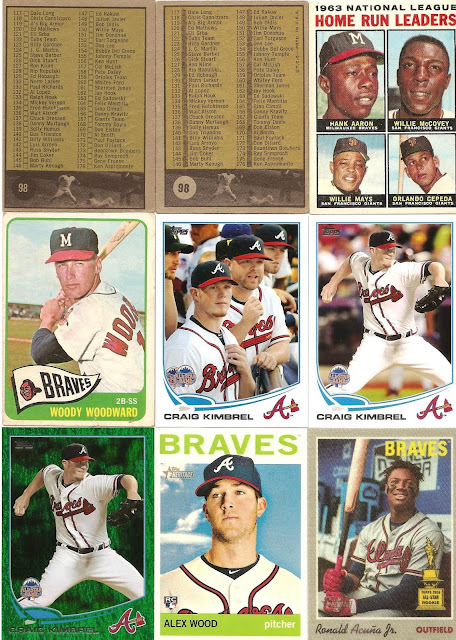 BTW, I count those checklists as Braves team set needs.Check out third base. Knocking down a some tough Braves and some variations too. The Acuna is a Cloth Sticker. I got it cheaper than the base card is and I still need the base card.


Grabbing these variations and tough Braves was also a goal for this year. Completing the trifecta. 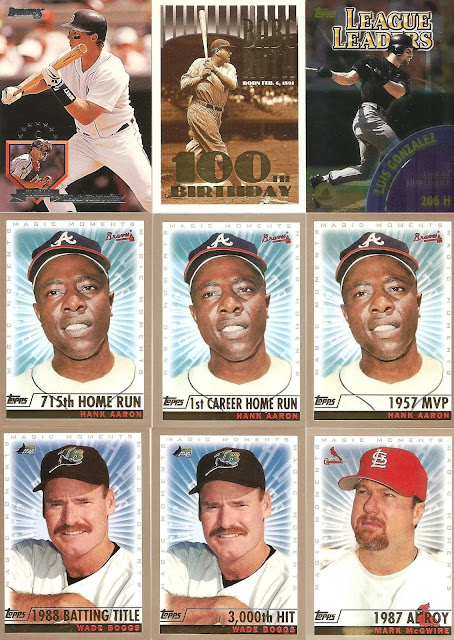 Knocking out some set builds was also a goal, and all of these go toward that goal. BTW, that top right card with Luis Gonzalez, has Jeter on the other side.  I still need a few of the Magic Moments cards but I closed out Aaron, Jeter, Mac, and Gwynn. 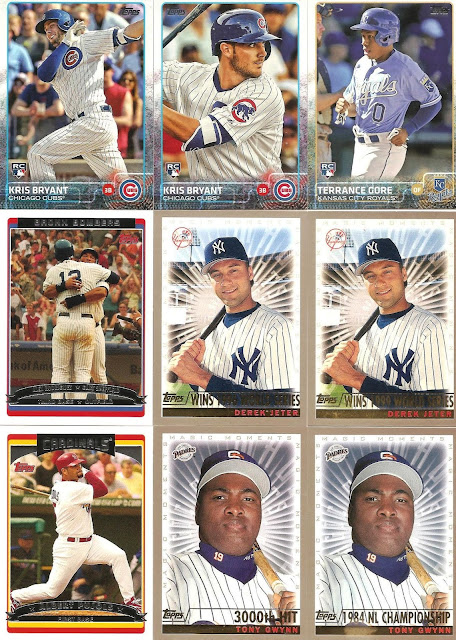 I finally have both versions of the Kris Bryant rookies. I grabbed two copies each so I have the PC good too.  Will call this icing on the cake.

Posted by Johnnys Trading Spot at 10:27 AM