I grabbed MOST of these goodies from a different vendor. 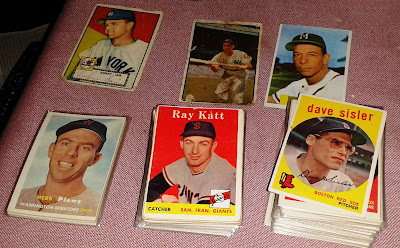 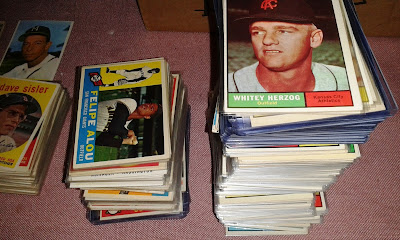 All of the vintage was in top loaders, so there weren't 3K cards. Also noting that several hundred were 1970-71 Basketball, and the same for some 50's and 60's Football.  But still, look at the size of the stack of 61's, and that stack of 60's ain't shabby.  There is a Whitey Ford among those 60's that came from the other vendor (my fav). There were 3 of the Alou's too. 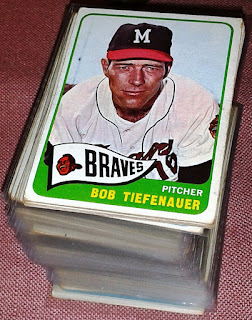 There were fair amount of 69's, but the rest of these are thin. 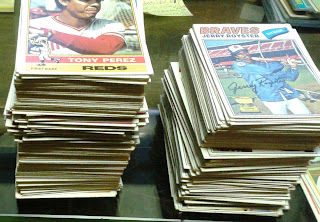 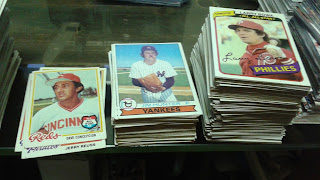 Fat stack of 1980 too. I dropped 2 Benjamin's for the vintage box, and though there weren't a lot of super stars there were some and 95% of the cards were EX, albeit the 65's were VG. Not bad at apx. a dime a piece.

That's all for today folks, plenty more to see so y'all come back now ya hear.