Got a nice stack of tickets and tickets stubs in that oddball lot. Some NL Championship games too. Some whole and some used.

The oldest stub in the lot was this 1991 Championship stub. One of things to notice about the tickets are the prices and the differences between levels and stadiums, and also post season. 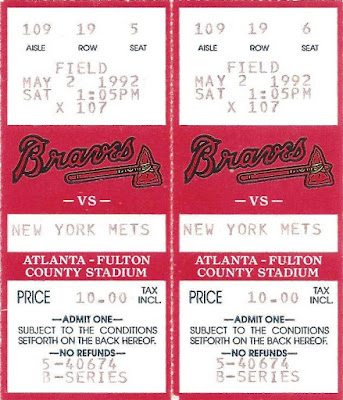 Field level and free, it was a comped ticket. 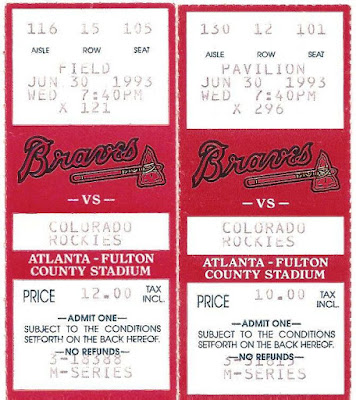 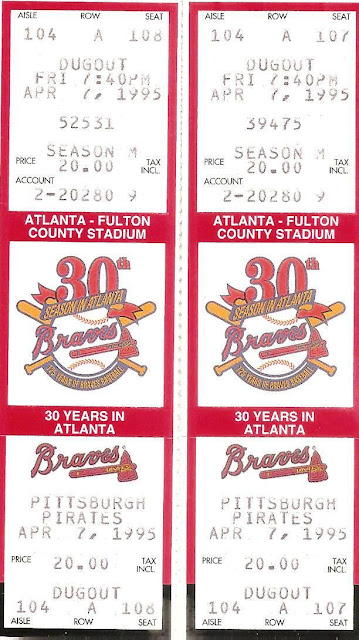 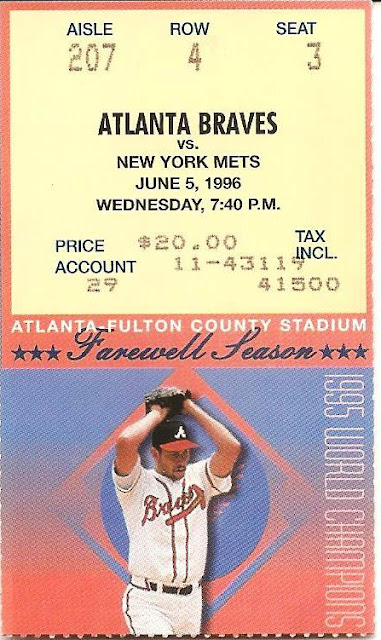 I think these were in the Pavilion. 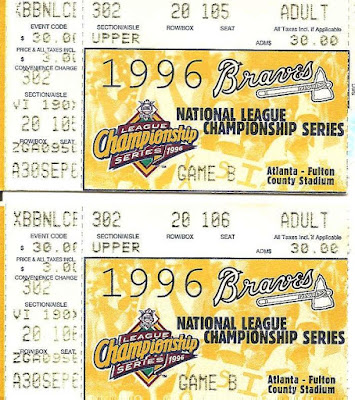 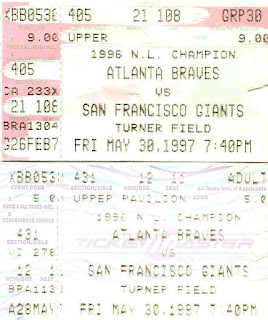 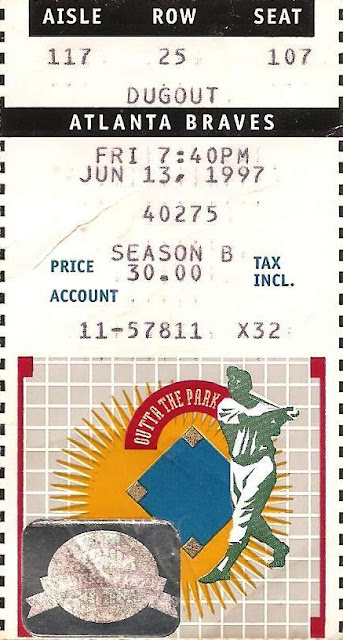 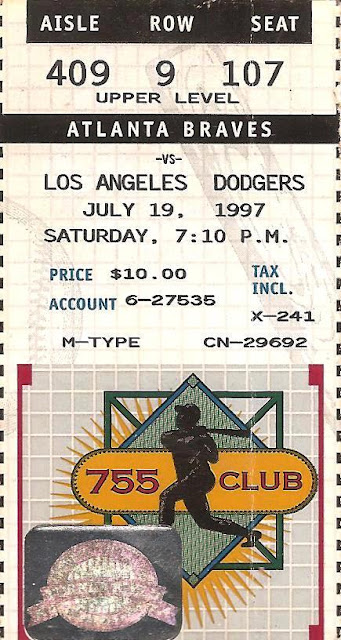 This price would've got you field level at Fulton.

Back to back days, same seats. 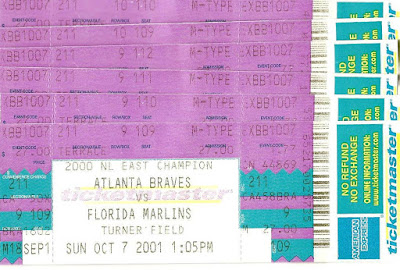 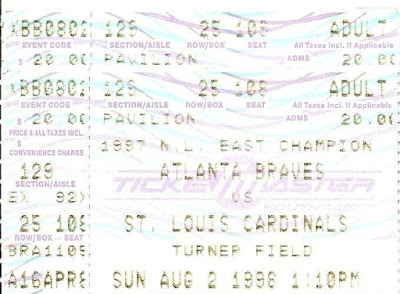 Thats the end of the tickets from the lot. I have a handful at home from like 15 + years ago. My visits to Fulton County Stadium were as a kid and nearly every visit were the right field nose bleeds and the cost was $1.50. One time we were at field level down the right field line, and go figure someone hollered look out! Sure enough I did look, and got smacked in the nose with a foul ball. My nose still has the bump. LOL.

Now, as an adult my visits to Turner were always amazing seats. Always the last week before the All-Star break (seems like we were always playing the Expos). Seats were right behind the Braves dugout, well just a couple of seats towards the plate usually row 11. One time we were in row 20 behind the plate. I really didn't like that so much although the view was great.

I still need to get to SunTrust Park. My cousin has access to the "boxes" but yet we haven't gone, shame on him.