Yep, no secret recipes or food fixers today. Just some more from that Ebay Braves oddball win. I was lazy and didn't scan these until last night. Pretty sure this is the last of it. But it will be filling if ya know what I mean. 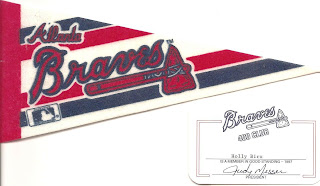 Medium pennant and a membership card to the 400 Club. 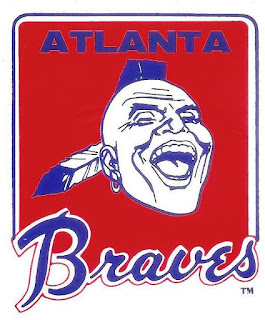 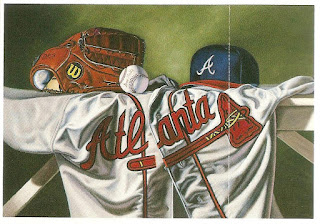 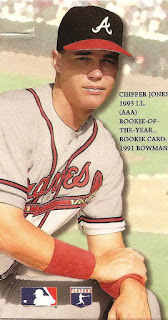 This apparently was cut out of something of cardboard, I'm thinking a figurine box or something like that. Maybe even a milk carton. I don't know, but I have two. 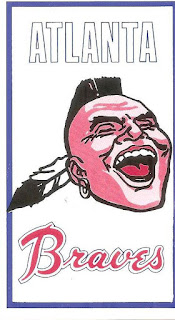 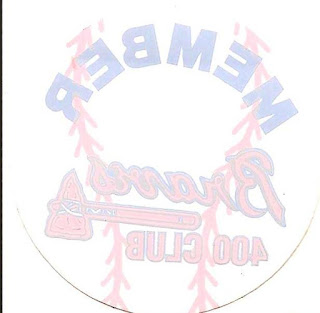 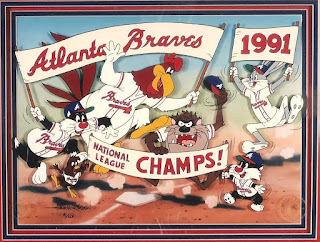 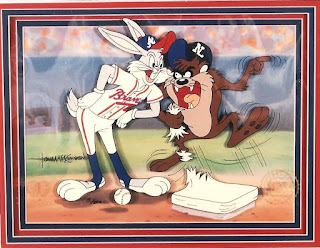 I wonder if the WB knows about these, lol. 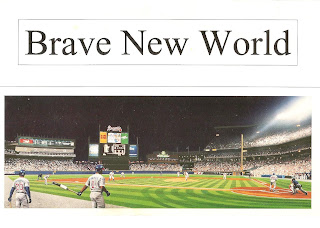 This looks like it could be a blog header. I just wouldn't know how to do it. Would've made a great night card, wait a minute, this shot probably does appear on cardboard some where. Who's gonna do that research cuz it ain't me.  lol.  If I was the Braves I'd of bitched about the 2 Cubs in the forefront, lol.


Now, that we've finished the appetizers, let's look at the main course (the filling portion). 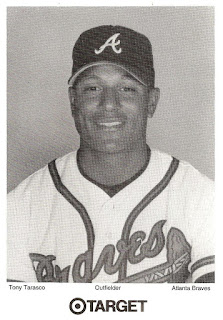 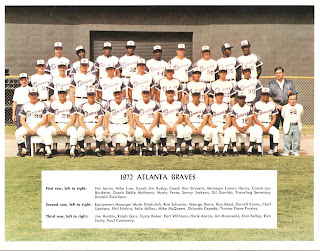 Yes sirs and mams, this filled up the entire scanner bed. Hey, I only said no food fixes, or recipes. I didn't say there wouldn't be food references. 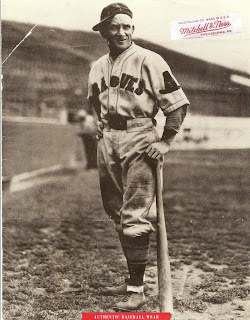 This was cut out from some 11x14ish magazine. 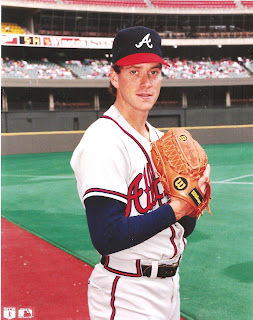 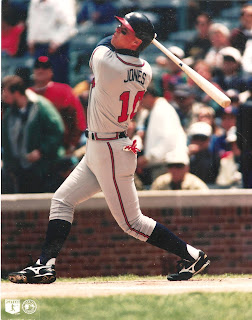 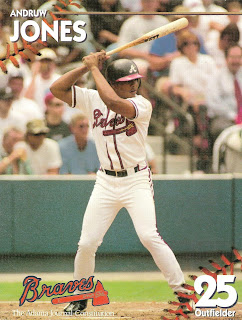 Another HUGE piece taking up the entire scanner bed. 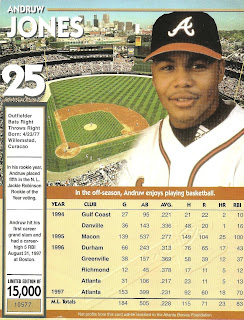 The back side calls this a card. Produced by the Atlanta Journal to raise money for the the Braves Foundation. It's even serial numbered. Oh my, lol.


The next 4 are also from the Journal and are also called "cards" just a tad smaller than the one above. More like a 8.5x10.5. 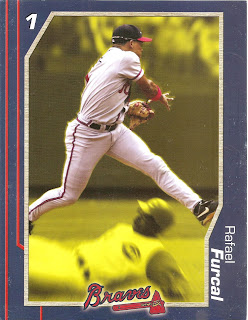 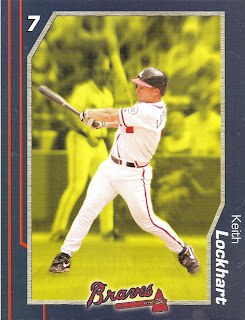 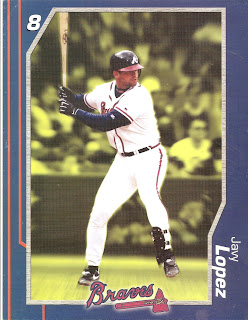 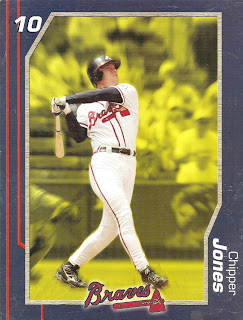 Hopefully your bellies are full, no just your eyes. After all, most of fill our plates with our eyes.


Have a great night!
Posted by Johnnys Trading Spot at 10:03 AM