Sometime last year I found that there was a "card" store here in Valdosta (it was new). I stopped in back then and found it 99% gaming. Only a single box of sports cards covering 70's-current then. I stopped in today (Friday), just to see how it was doing. And there was a whole lot more sports cards. i spoke with the owner, really it is still 99% gaming. However, he had brought in and bought some more baseball cards. He now has about 10 monster boxes of cards from the last 3 years. he had one box of vintage. He also has a binder of very nice vintage cards, that he and I will be trading cards for. that was supposed to be tomorrow, but I shot the passenger rear vent window out of my uncle's van with a slingshot today, don't ask it happened. I will be trying to get that replaced tomorrow even though I know it's unlikely, but I have to try. So it maybe a week or two before I get that binder. 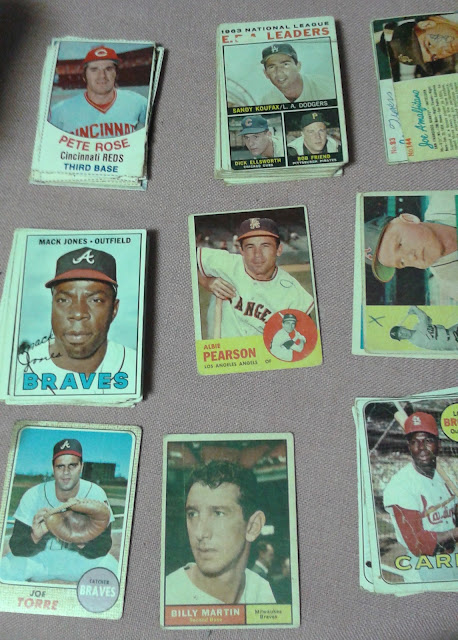 The shoebox there only had 1 side with cards. These were in the box. Not in the greatest of shape. That Lou Brock was by far the worst. I'd say 75% of them were gd-vg. 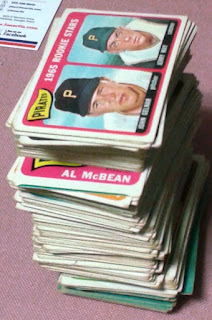 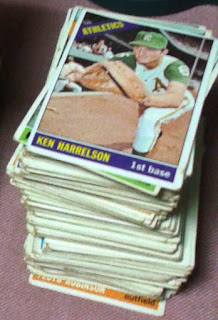 and 66's. I managed to find a couple hundred that I needed whereas most will need to be upgraded. leaving me with about 250ish that go into the dupe/trade boxes.

Question.  What did I pay for these cards, all of which are pictured above? Yes, there were some stars and Hofers. No Mantles. lol.  (I wrote this last night and posting today).

Posted by Johnnys Trading Spot at 8:24 AM