Look at this overall pic.

First up is that complete 1994 Lykes complete team set all still attached (35 in a11). Some are creased a bit, mainly the top row and the next to last row. It is the far left in the above scan. And even though I am tempted to "un" perforate them I won't. I will leave it intact as is.

Next......Let's see....... Who likes pocket schedules? I do, if it is a Braves schedule. When I was a kid, Had to find one from the Piggly Wiggly though. Those were the ones i wanted. But I no longer have any of those childhood mementos. I had just 1 from 1986 before obtaining this auction.

Now look at what I have. 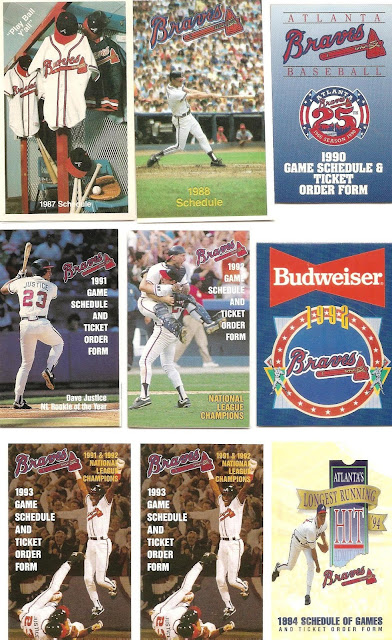 Even when the fronts appear the same, sometimes the backs are different. But not in the case of the two 1993 skeds  above. 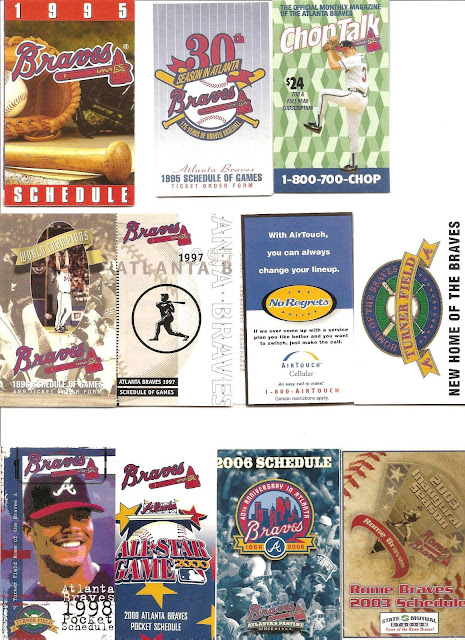 Tomorrow or the next day I'll do the tickets/stubs that came in this oddball package.