Well the first part of it anyway. I decided to narrow down my Topps All Star Rookie team needs aka, Trophy Cup Binder. I know there are many without qctual cup on them, but I do include them. Heck there are even 2 players that made the team and didn't have a card issued....Ainge and C. Johnson. 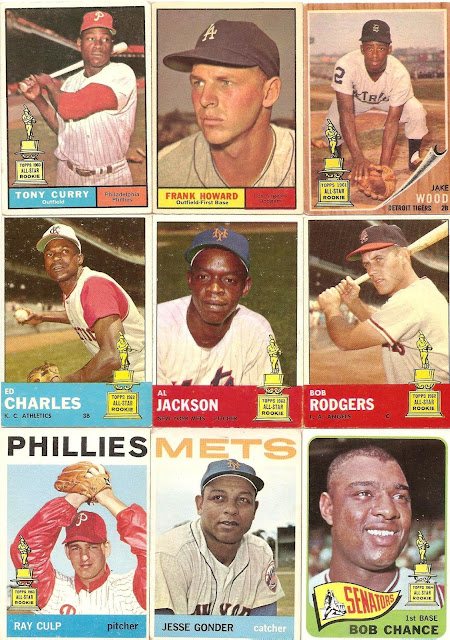 I did do some major additions.  Not by and HUGE names or anything (or did I), but sheer VINTAGE. 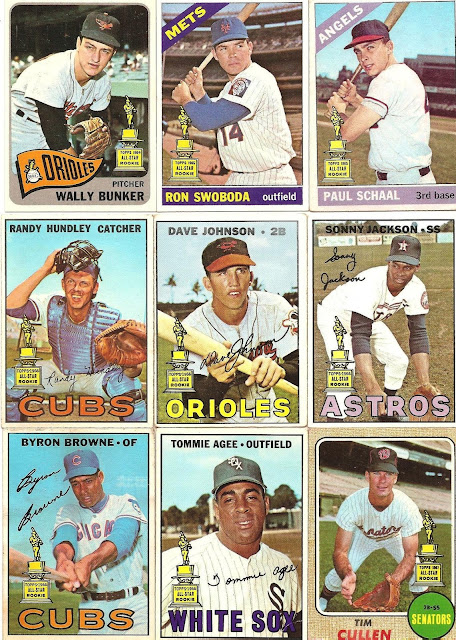 There's a HOFer right smack in the center. Also Davey Johnson is one of my girls Birthday guys too. So go figure I still need 2 more of that one because of the set build. 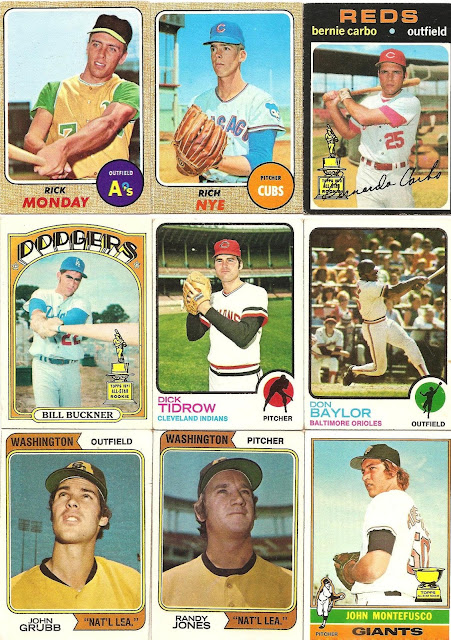 A lot more recognizable names here. Notice the "Washington" on Grubb and Jones. Yeah. It is really too bad Topps didn't Cup up every year and for every player a problem they still have issues with in modern days. 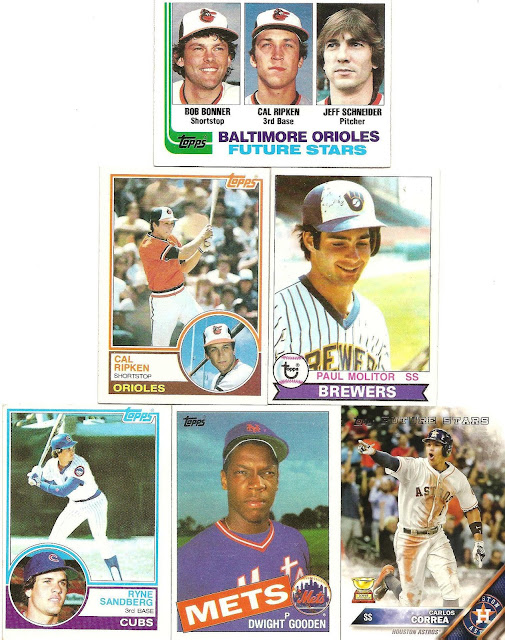 That is it for the Cups, next time you check out my wants for them they are running slim. I actually may get it all caught up before the year's end, but that is not a goal or anything.

Have a great night.
Posted by Johnnys Trading Spot at 8:20 PM