I'm telling you what.......come on and get some FREE baseball cards

Well folks I am up here in the North GA hills so to speak. Not far from the TN line (about 35 minutes). From one border line to another. Many folks don't realize just how "long" of a state Georgia is.  It takes all day to drive through it on I-75 (355.1 miles). Traffic wasn't a problem until you get 30 miles south of Atlanta in a town called McDonough (Henry county) which is normal, OMG it was so bad it took me 1 hour to go a dozen miles from 5-6 pm. ATL really wasn't bad considering the time usually at 6:30 during the week it is bad, but it wasn't blew right passed it and made it to Canton, GA. Let us get to some baseball stuff.

With the worst deal in my baseball buying days in years out of the way ($335.00 for everything you seen in the two posts with the exception of set build needs). Way too many put in or left their box for trading dupes. Nothing left but some really really really good deals. Did I say really good deals? There were so many that I will be posting them the rest of the month, maybe even longer....we'll see. 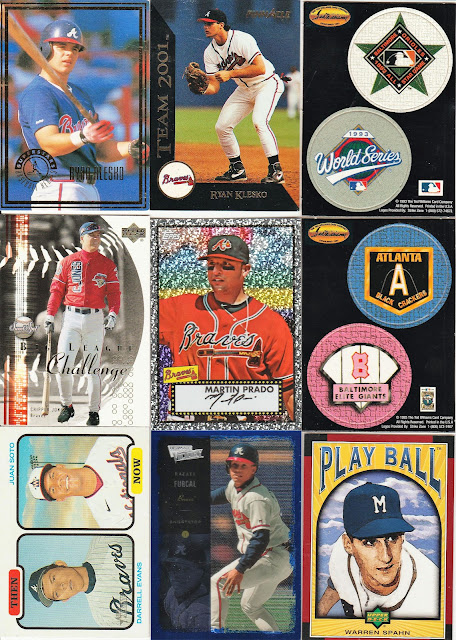 Already a win compared to those other 4 boxes. 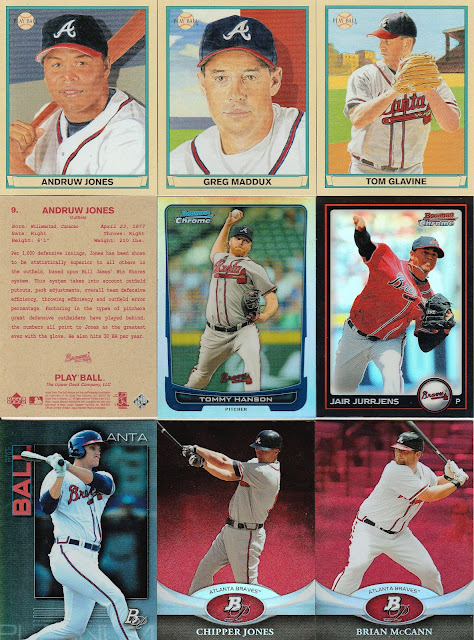 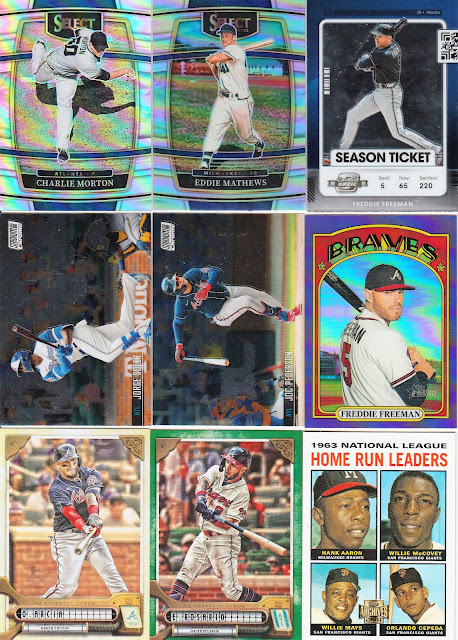 A needed Hank Aaron from Archives. Logo Swap GQ. I don't see many of those.

Remember that Vaughn Grissom I paid a premium for in the initial card show post? No, you don't because I didn't show it yet. LOL. AS always I start the show off with my buddy Fred, and hit his glass case cards and I paid a premium for the stack I pulled because of two Grissom cards that he thought were worth $40.00 (like the one above) and $20.00. They were not worth it but I'm not complaining at all as you will see why. When I checked the 2 cards to see how much they were worth 20.00 for the 1 above and they other for 8-10.00. Still no big deal. That card above I pulled out of the $20.00 monster boxes. Basically I paid a penny for it.

I am telling you over the next couple of weeks probably 3 or 4 weeks, you are going to see some AMAZING deals. Stay tuned meanwhile last nights freebie winner was Derek.

Posted by Johnnys Trading Spot at 9:27 AM