There will be many posts from this "deal". I am calling this deal 1: 61 cent cards. Overall I know that I got a great deal, there are plenty of winners as you will see over the next couple of weeks. I believe DEAL 2 was much better and you will see that to finish up before the next card show on April 6th.

Let's get going and you decide if the cards are a win, loser, or so so. Remember these came from my buddy Fred who always takes care of me. Half of the cards I bought from his table were his and half were some he was selling for a friend. I pulled all of these cards from basically two monster boxes. One was Fred's and the other his buddy. His buddy's box was marked $5.00 +. Fred's I pulled from his high end box.  Here we go. 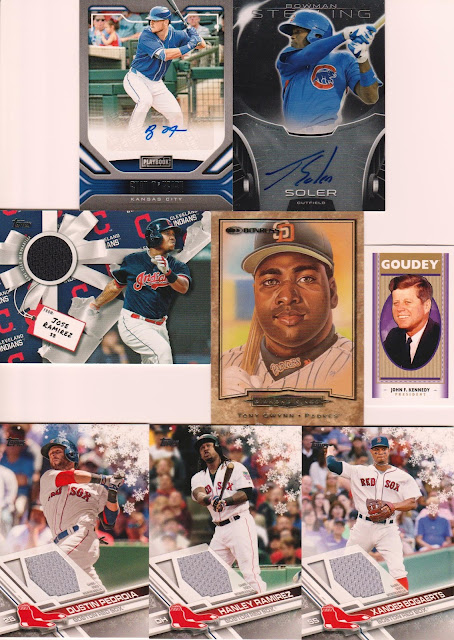 The Gywnn was a needed Diamond King. I am collecting all of the Holiday relics so those were nice finds. The two autos are birthday binder guys. Was .61 cents a piece worth it? 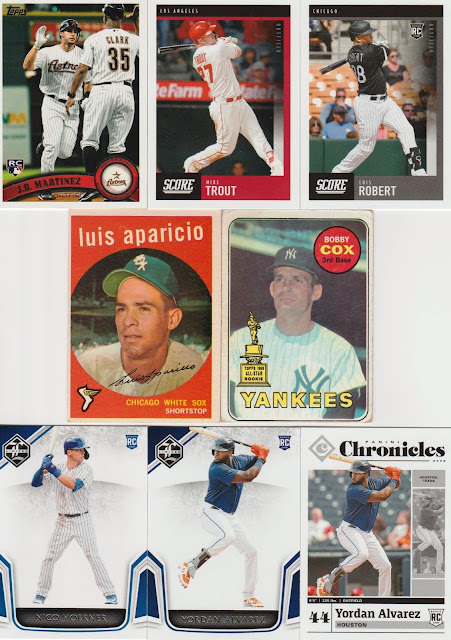 The 2011 Martinez was a need for that set build, I still need 3 or 4 more. I also am still working on ALL of the Chronicles sets. Both vintage cards were set build needs too. Luis Robert rookie. Was .61 cents a piece worth it? 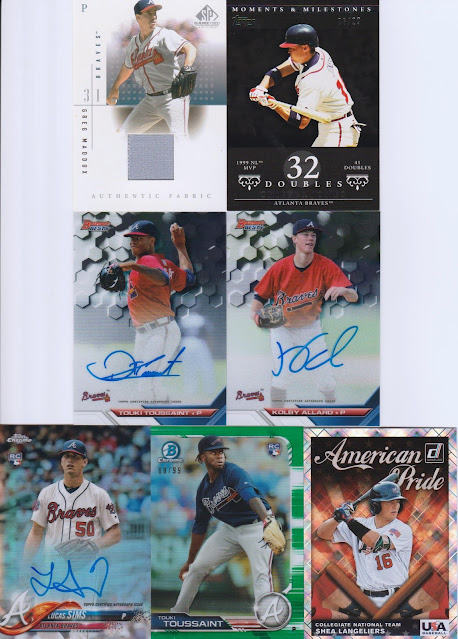 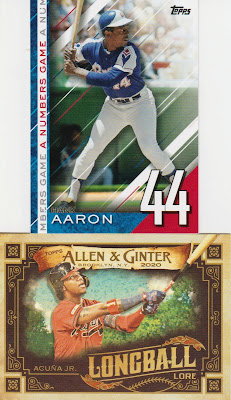 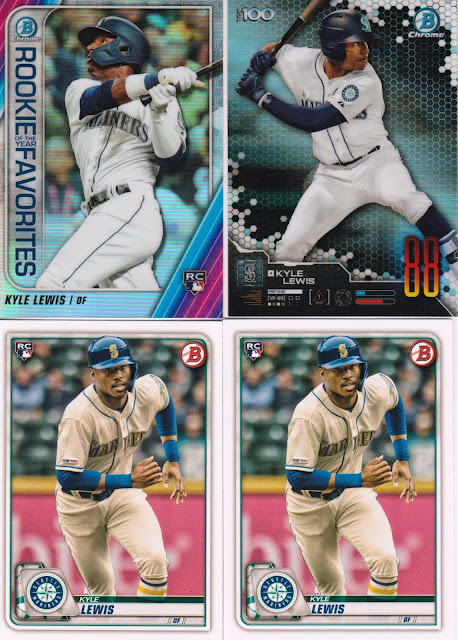 How about Kyle Lewis rookies. Was .61 cents a piece worth it?

More Luis Robert rookies.  Bobby Witt Jr.   Was .61 cents a piece worth it? 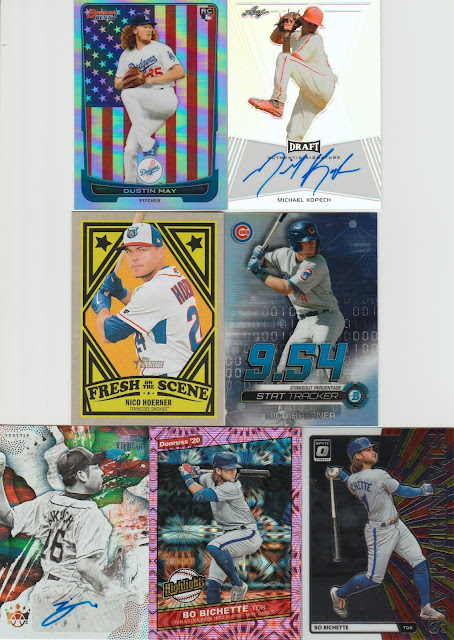 More HOT players. At least they were at some recent point.  Was .61 cents a piece worth it? 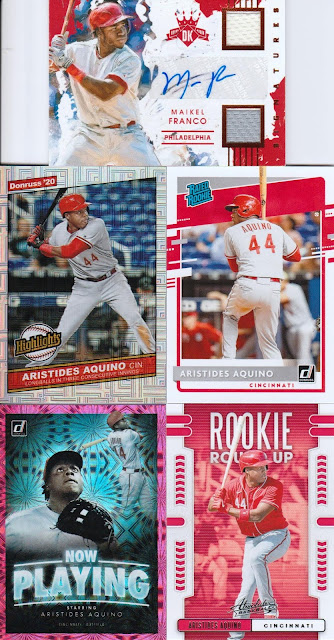 The Franco was nice to pull out. 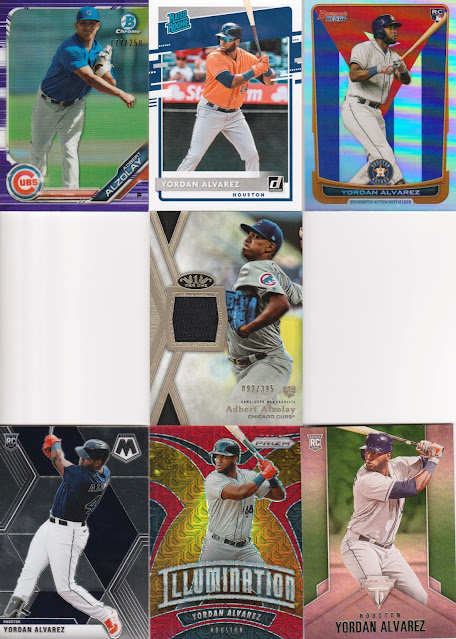 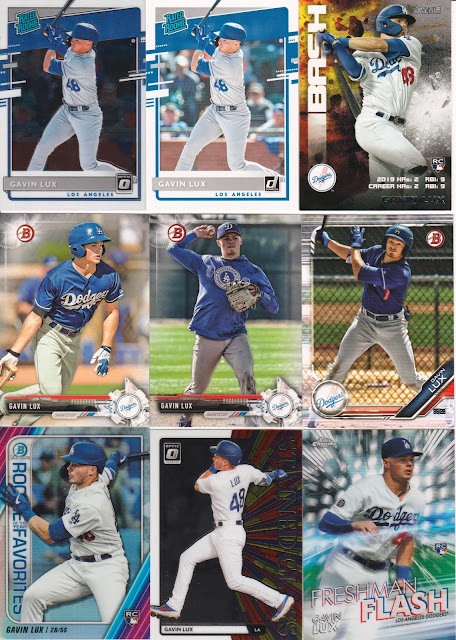 Okay this a good stopping point for night one of the cards.  I did look up every card on Sport Lots & ComC, and also Ebay if not listed on the other two. Just so I would know if I burnt my cash.

Tomorrow is Wednesday and I will be showing off some of the Wacky package stickers I picked up at the show this go round. I will resume the Deal 1 cards on Thursday.