My first taste of 2021 Donruss

I was trying to fill some cart counts on SportLots when the release of 2021 Donruss hit. I already knew I was going to buy the set complete with all of the variations. I have , should be here next week (minus the 2 SP's Domingo, and the Chicken). But, I also needed to grab my Braves team even though I said I was stopping the double and triple dips. I decided to grab any of my Braves and PC variations for .18-.25. I did that. The only exception is the Pache. 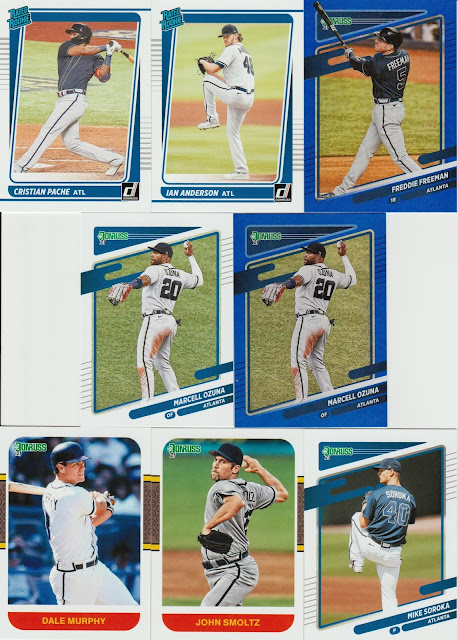 I have no idea why Pache is bringing $5.00 and up for this card (same for Topps). He has had cards out there for a few years now.  I have the base Freeman and the DK Acuna in my "BOX". I decided to try that, not sure Ilike the idea, more on that later. I still need #66 Dansby, #175 Soroka, and the #192 Acuna. I'll grab them here shortly. 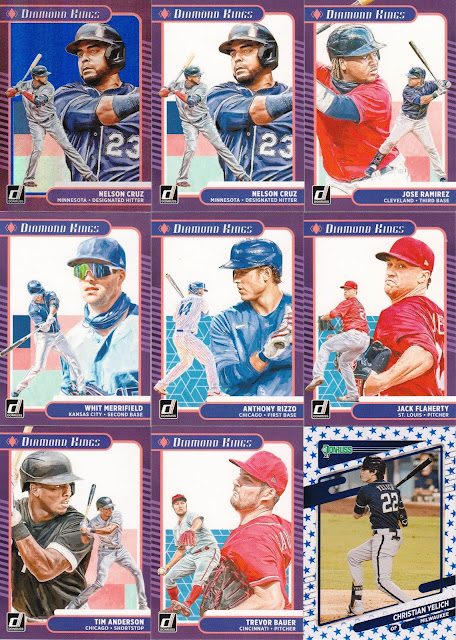 I also grabbed some .18-.25 DK for that set build. The Independence Day parallel is kind of yucky.
Let's get to the Variations that I scooped for cheap. 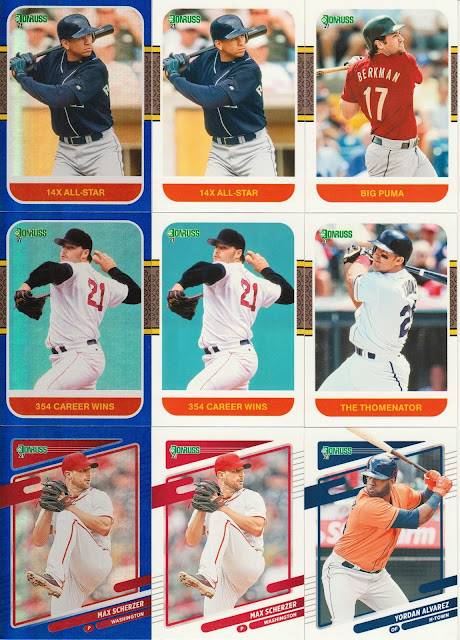 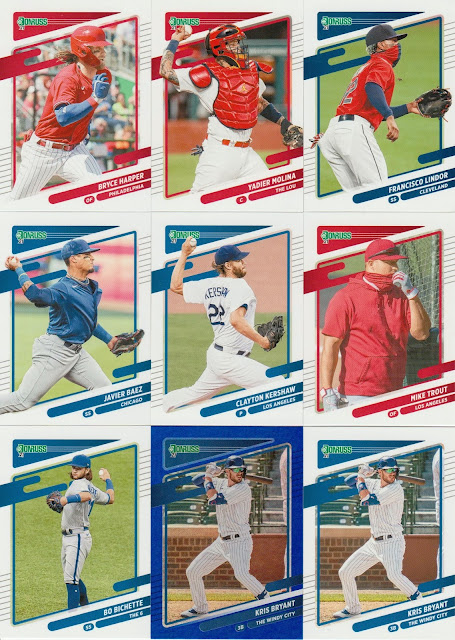 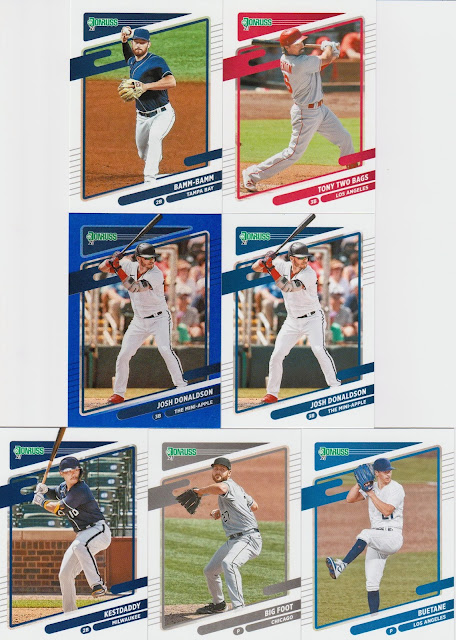 Another gripe I have is that all of the variations come in ALL OF THE PARALLELS THAT THE BASE CARDS DO, AGAIN why? In this too many parallel environment you want MORE. No sirs, i do NOT want more.

Have a good night.

Posted by Johnnys Trading Spot at 8:54 AM