A couple of weeks ago I stumbled across a partial set of 2005 Donruss on Ebay. This deal had a buy it now price and also best offer with (I paid a grand total of $25) $8.75 was the shipping portion. The listing only showed a couple of pictures of a binder with a few pages open. One was the first page which included some Diamond Kings, the other two showed some standard inserts, which really made want it. I am building this set, but the card numbers or specifics of what would be included wasn't listed. I was hesitant so I shot an offer, and it was accepted.

The seller shipped them quickly, and used a medium flat rate box, so he lost out on the shipping big time. You see he sent them as pictured, in the binder. I expected the cards to be pulled out, but nope. I was really blown away by what was in the binder. I won't bore you with the base cards or DK's. Just the other stuff. I wound up with about 20 base cards that I needed. 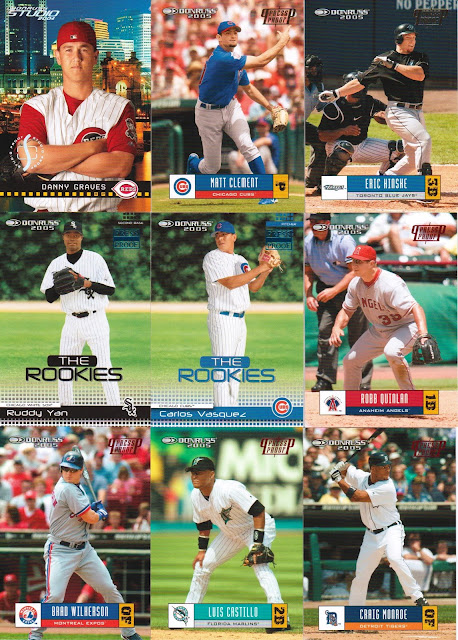 A parallel Studio and a bunch of press proofs.

I had to show the back of the Matt Clement card. Yes Gavin it is in your stack.

BONUS for me. A Studio parallel Diamond King and a PC guy at that. Plus two Braves parallel cards. 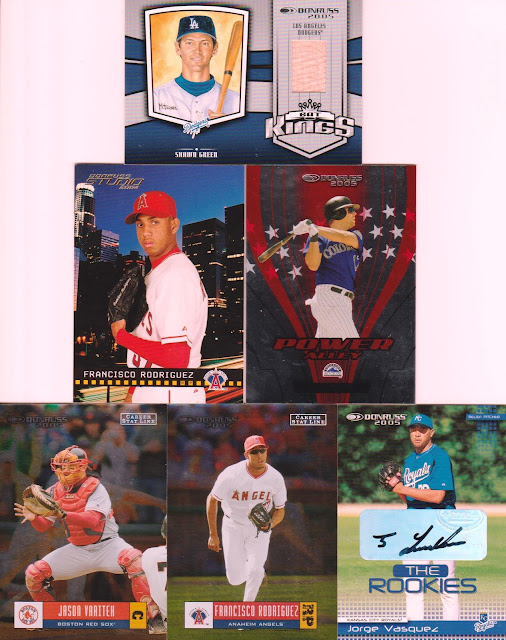 More parallel cards and another Studio, and autograph,  and a relic 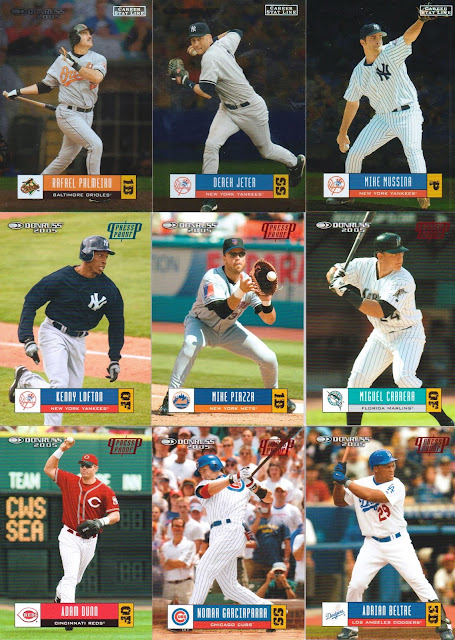 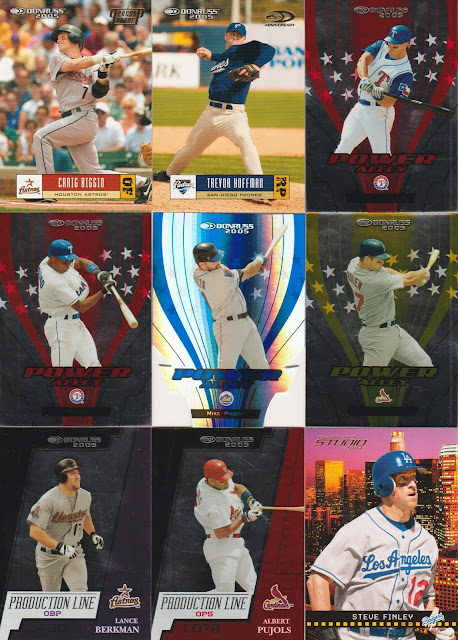 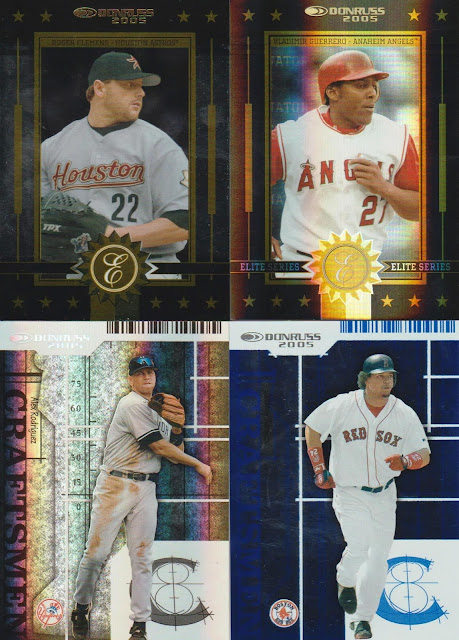 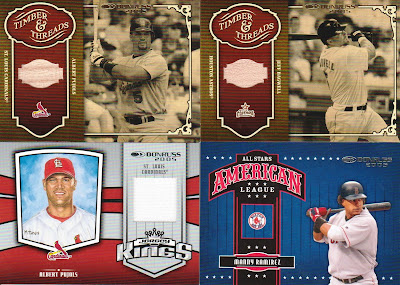 I was not expecting all of this in addition to the near base set.

Here is what I still need:

I was so blown away that I left feedback with a note stating that and that I was sending him some stuff.

I felt bad for negotiating, even though it wasn't really a negotiation. I made an offer and he accepted. I had looked at his other items for sale. There are some cool non sports sets on there, but it was easy read to figure that he was needing money. With the "deal 1" stuff I just showed off I had a few doubles in the mix, and I sent  them too him. Two Luis Robert rookies, and a Kyle Lewis rookie. I figure the guy can sell those and get back the loss of the shipping he paid, maybe a few bucks more. At least I hope so.