Okay here we are at the mid point of "Deal 1" the .60.7 cent cards. There will be 1 more post after this one with those. Pretty sure overall I did well, there were some duds in the mix, but not too many. More than made up for it with the others. Here is the breakdown on the cards you saw the other day (Tuesday).

Roughly spent $40.00. I priced them out on SportLots , ComC, and Ebay when necessary. The LOW-END for those cards were $200.00, the high end was like $700.00. Everyone knows I am cheap skate so that high number would NEVER happen. Heck, the LOW number wouldn't happen either, I'm too cheap, lol. 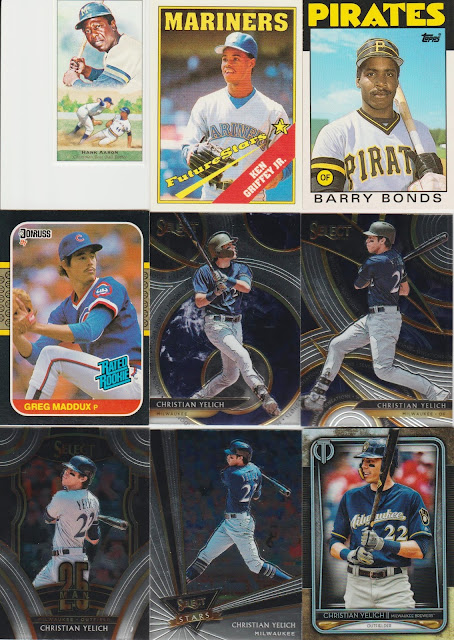 Yeli's, and a couple of rookies. No idea what the Griffey is, and a new Aaron even though it is a Brewers. 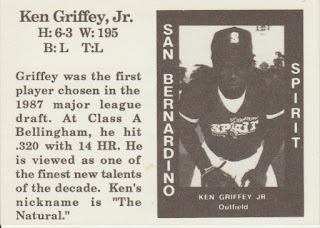 This is the back of the Jr. 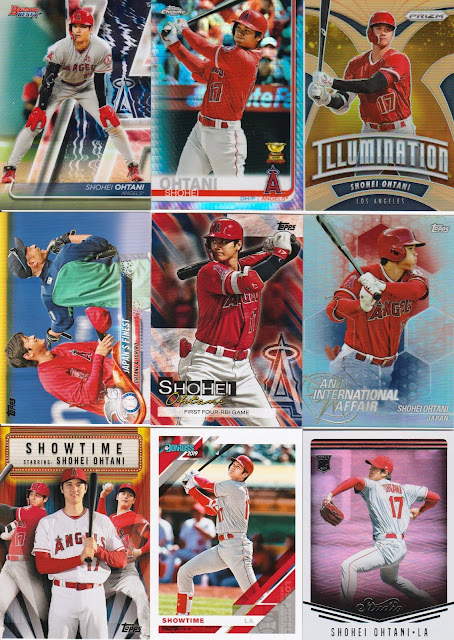 Most of these Ohtani's will probably be doubles, but I won't know until next year. 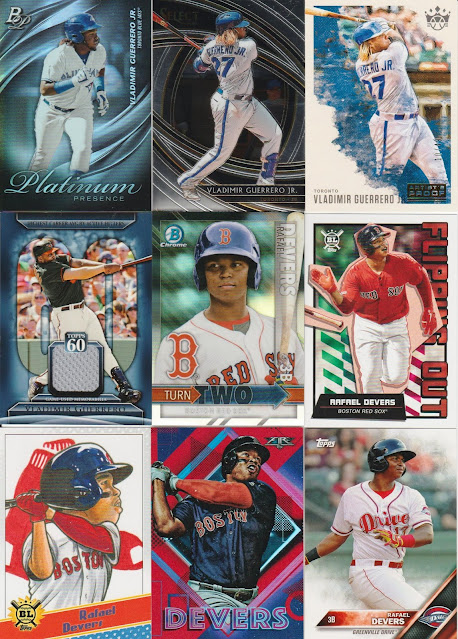 Devers and Vlad jr, with a solo of Vlad Sr. but it is a jersey card.

That Spectra Betts looks so GOOD in hand. 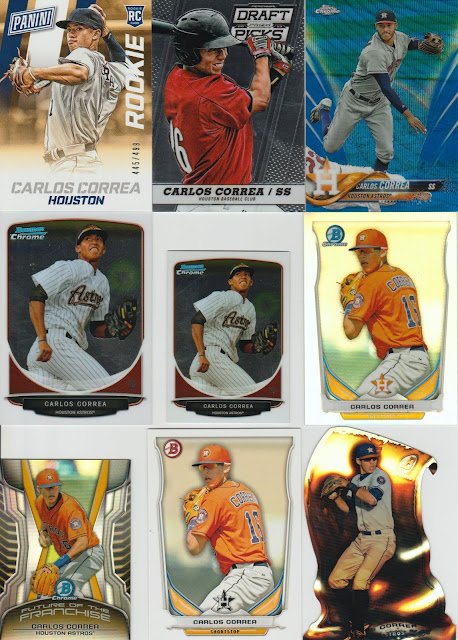 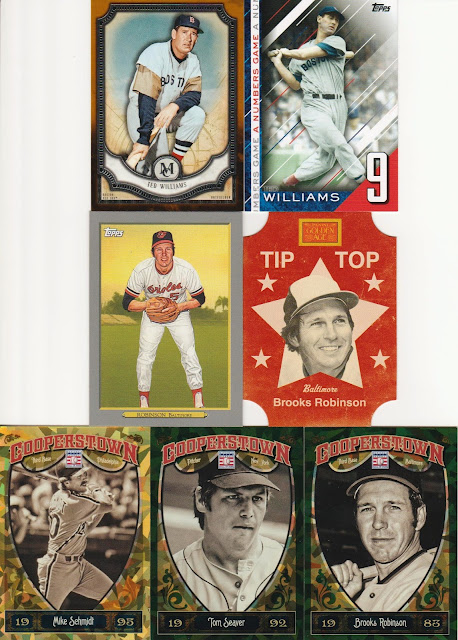 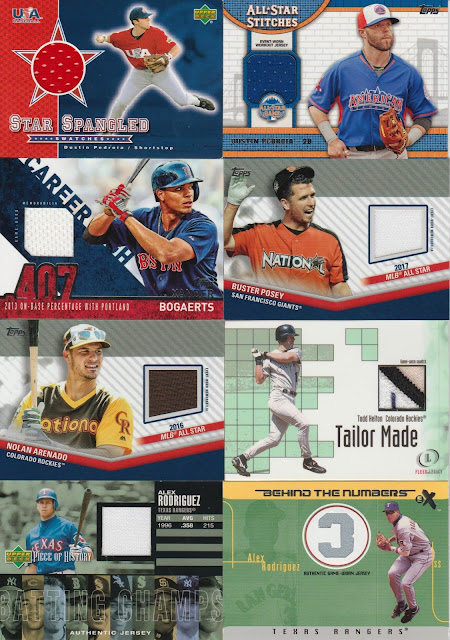 Relics. It wasn't long ago, maybe 3-4 years I would squawk if a bulk buy on relics cost me more than a quarter a piece. Pretty sure those days are gone. 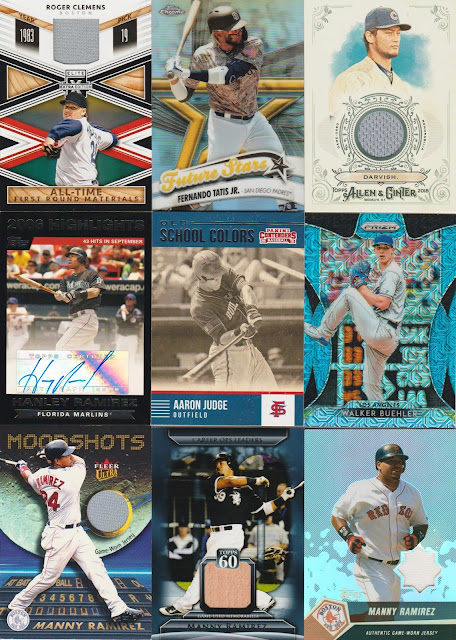 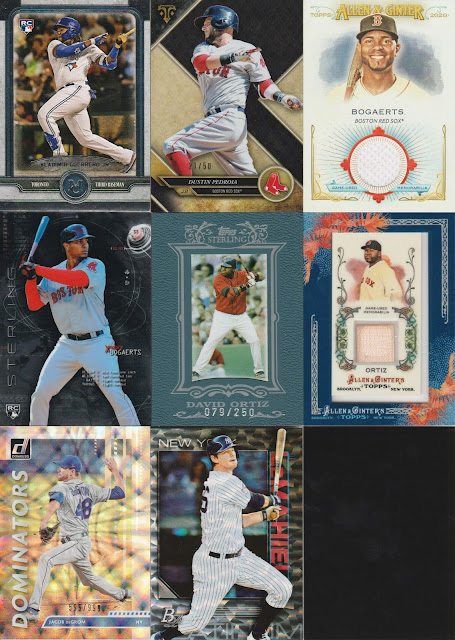 The "black" card you see is a 1996 Topps Mystery Finest obviously unpeeled. It is a McGwire M7 on the other side. This is going to be a bordered card once peeled, you can see through the blackness.

Okay that wraps up this round. The breakdown is similar to the first with apx. $50.00 spent and a LOW end of $218.00 on the cards on the online sales sites. Who knows what the actual BV is. One of these days I may just pay Beckett for that a year.  Round 3 tomorrow, then I'll post some other stuff I have ready to go. Finishing out the month with the rest of the card show stuff including "Deal 2". That may blow your socks off. By far what I feel was the best deal of the day.