Okay, now that we had a few days off from the Deal 1 items obtained at the last Jax, FL card show it is time to move on to the the best DEAL of the day. I will spread these out over a few posts. I picked these up from another one of my favorite sellers at this show, Daryl. It was his first trip back since Covid, he waited until he and his wife had been fully vaccinated plus the 2 weeks afterwards. Masks were required, not because of any State or Federal mandates. Florida has left it up to the citizens and to businesses as to whether they will require them. Miami is an exception. As per most card shows this one is held at a hotel, and pretty much all large/chain hotels require masks because you have people coming in from all over the place.  Good idea, I get that. The point here is that Daryl was ready to get back to in person business. The online sales kept him making money, but he enjoys the face to face interaction to talk about sports. I get that too. I browsed his stuff, bought 4 cards out of a box of $3.00 relic and autos for $10.00. He had a bunch of cards high end cards all over the place, but that particular box I went completely through. When I paid him the $10.00 I said think about what you want for the whole box, and I'll get back at you in a couple of hours (when the show would be closing up). We pondered the number of cards in there (I guessed at about 150). I went on to peruse other tables at the show. That is when I grabbed those Acuna cards I posted the other day. Time went by, and I happened to be walking past Daryl's tables, and I said to him "are you thinking about it?" He said yes, and that there 250 cards in the box, he had counted them. Naturally I was like oh, and still asked how much. he said $100.00. I hadn't stopped walking when he said that, but I quickly halted.....backed up literally.......said done. Can't pass that up. Remember I had perused the entire box already. I knew what was in there. .40 cents a piece darn tootin, I'll take them. 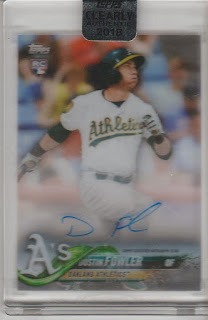 Everything in the box was either relic or autograph card. I collect both. However the sealed Fowler above is sitting in a stack for Fuji. Now let's get to some horizontal relics. 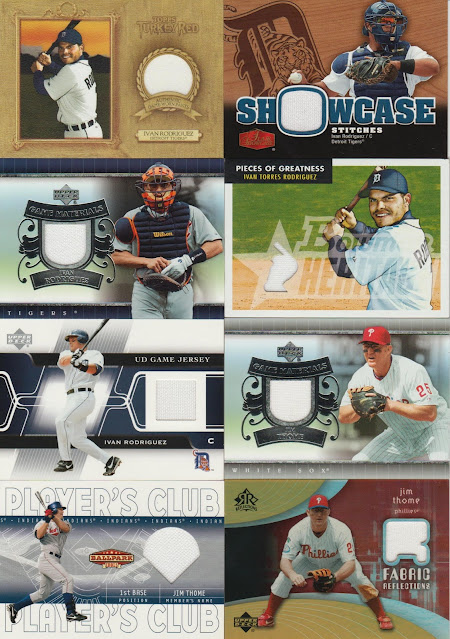 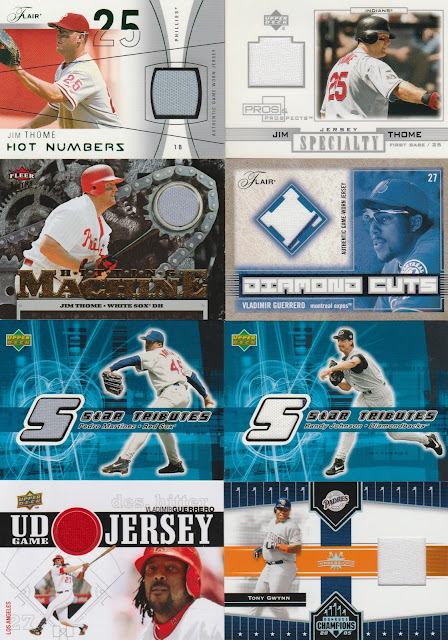 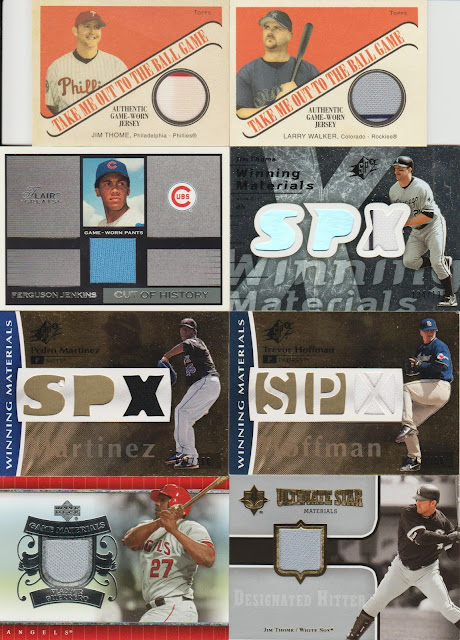 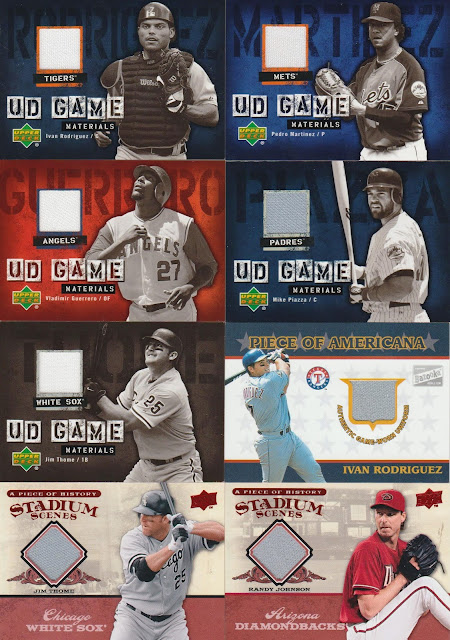 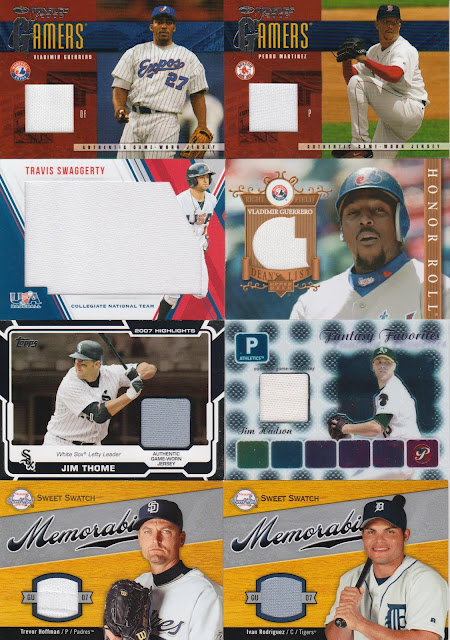 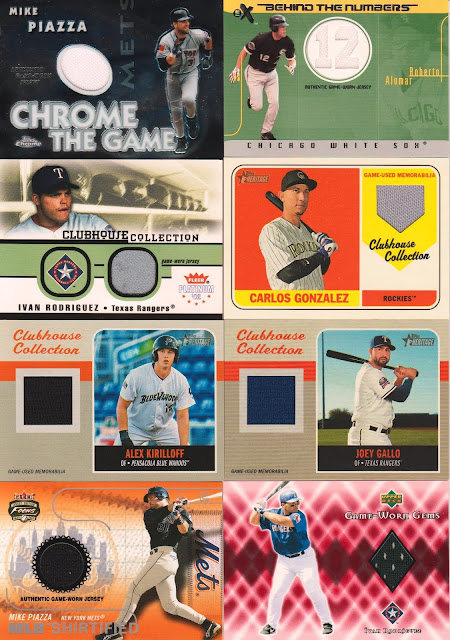 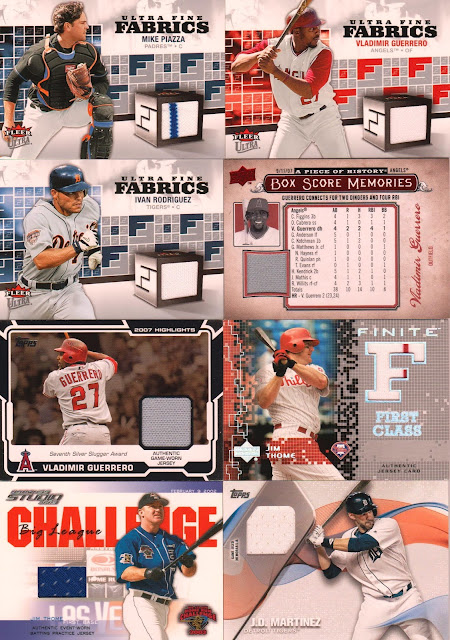 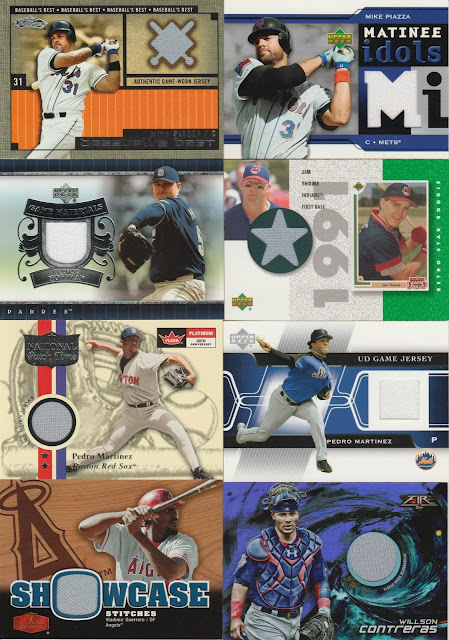 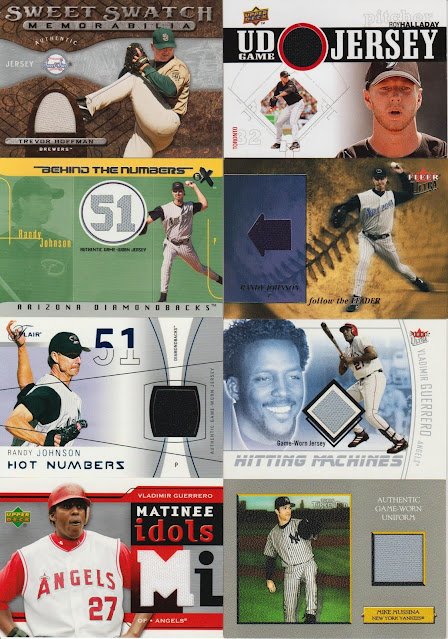 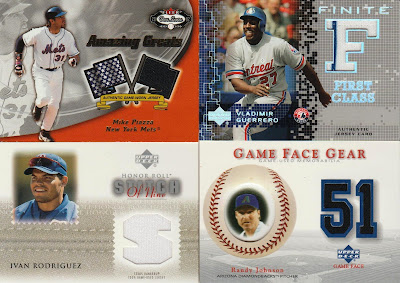 Yeah, FORTY CENTS each. I'll do that all day everyday. There will be two more posts from this box.

Posted by Johnnys Trading Spot at 9:25 AM