At least it is for me. If you are one of those people who have followed me/this blog over the years, then you know I am a cheap skate per say. Meaning when it comes to cards I want everything I buy at the least possible imaginable. This has always worked for me. That's not to say that I don't spend boo-koos on cards because I do, just not on a singles or even a small group of cards. I think the most I have ever paid for an autographed card was like $2.00 (and change). I'm serious. Well, I blew that out last week when I made a deal with a trading buddy who would like to remain anonymous.  He popped a message out to a group of us with some recent wants he had, and highlighted some things he would traded for them. I didn't have what he wanted to trade, but I was interested in what he was offering up. So, I told him I had cash......he dug up some more items to compliment the deal and threw a number at me. I accepted. 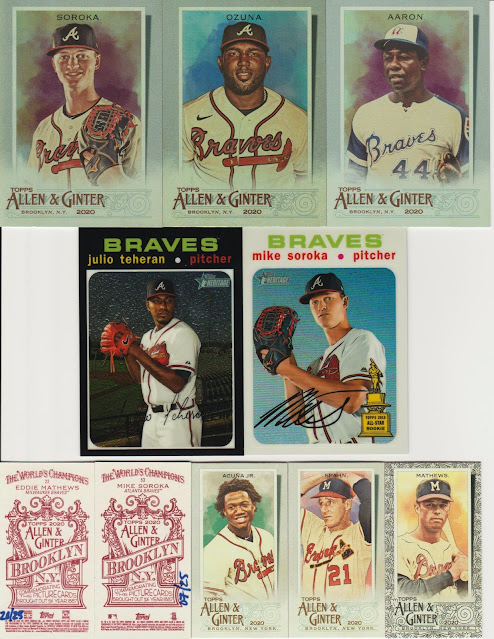 The key cards here were the 2 Braves Brooklyn backed mini's numbered to 25. Especially the Eddie Mathews. The 3 cards at the top are Silver hot foil that I needed. 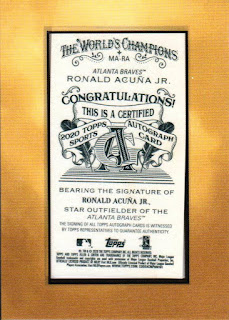 You may be surprised to know that is my very first Acuna autograph. Not a great signature, but we all know the kid needs to slow down a bit. LOL.