More goodies for me

Rolling with some more cards from SportLots, but before I do I wanted to say that I got my first dose of vaccine yesterday. I got it here in GA which is supposedly last as far as distribution goes. I signed my uncle up through the health dept here a month ago (still haven't heard from them yet) and yesterday they shut it down period. I am glad I don't trust anyone. 2 Weeks ago I signed my Uncle and myself up at the hospital, and was scheduled for yesterday immediately. Got there early, no waiting was done including the 15 minute watch time before the actual appointment was to be. Sore arm that's it. Now I already know that it is the 2nd dose that typically makes you feel like shit for a day, but I'm okay with that. Feel bad for a matter of hours or so much worse, yeah, I'll take that.

Okay, on to some baseball cards, that is after all why we do this thing. I did say goodies for me, so that means Braves. 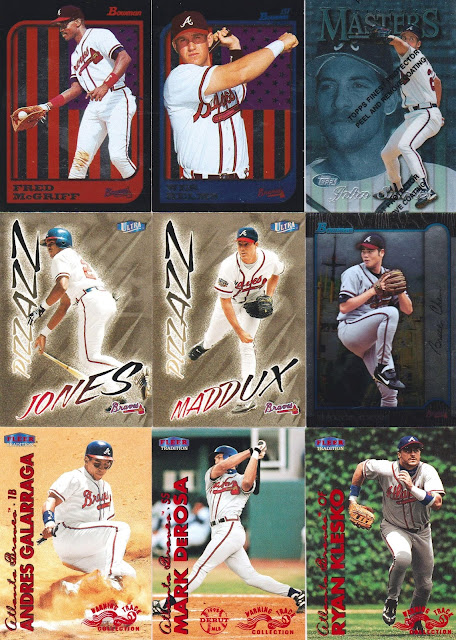 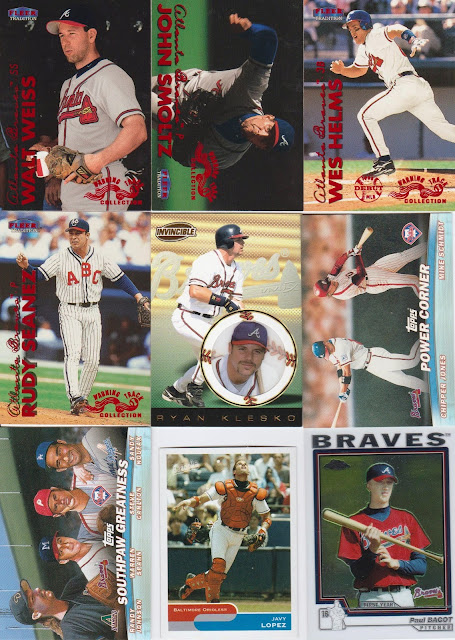 See how easy it is to find Braves cards that I need? 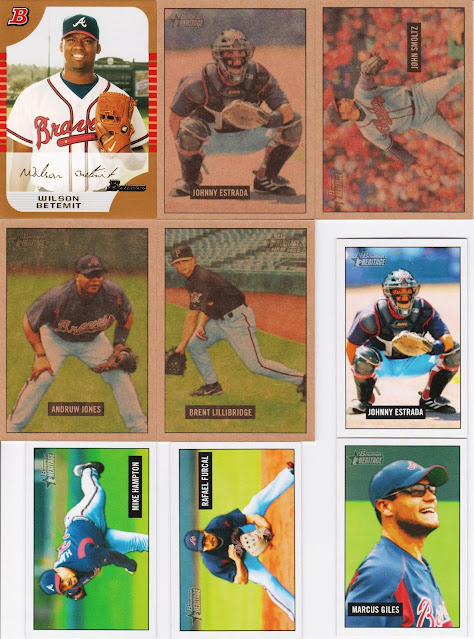 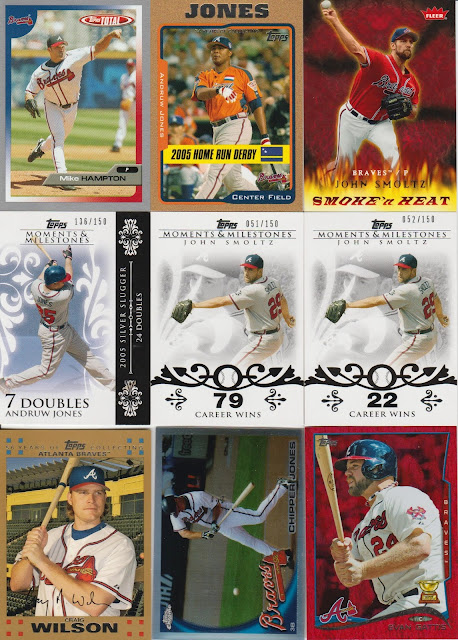 I've even been know to pay a buck even two on occasion. (just not often). 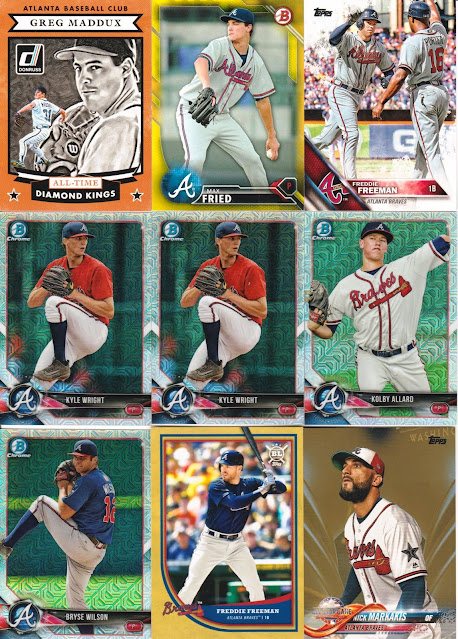 I do have an issue that I am just figuring out, with the Bowman Mega box cards, with the Mojo ish appearance. I will proably have to go through my Braves Bowman cards one day and weed out the errors I've made in recent years. But, I'll have to be home on a permanent basis for that. 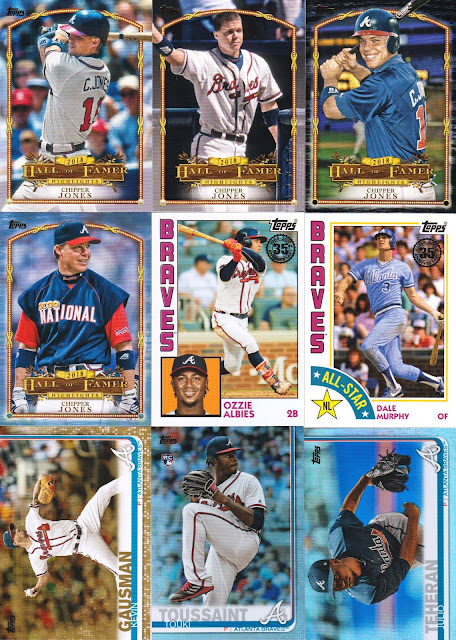 Here is a bitch for you (lol). Bowman calls that green card Camo, the green parallel that they have are numbered to 99. ??????? That is not camo, I've worn enough of it in my day, (back when camo's were green, now they are brown/beige).

All of these came from 1 seller.  Still have a couple of dozen or more seller's to get through. Some are in hand already and 20 enroute.

Posted by Johnnys Trading Spot at 9:40 AM