Well, the cards that closed the deal. I purposely went to the card shop on it's last day hoping to grab another one of those monster boxes but at a great price. David had a few of them, I rummaged through them and found one that had potential. I went to David and asked how much? He said there's more cards than the last box and some better sets too. He wanted the same thing. I explained that wasn't going to work. I dropped it to $200.00 he said no, but he would throw in some vintage he just got in.


Before we look at those vintage here are the keys cards from the box as it was. 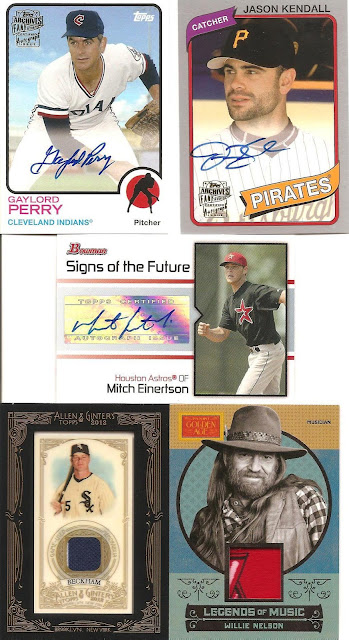 Some autos and relics. 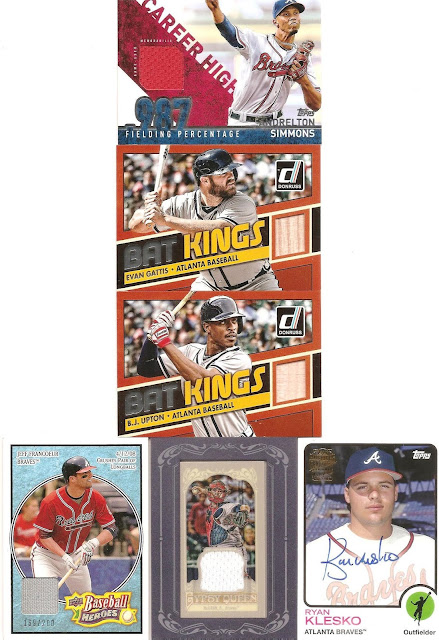 
Now let's look at what David used to close the deal. 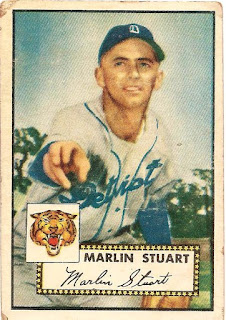 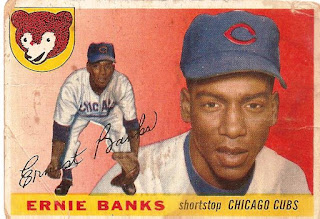 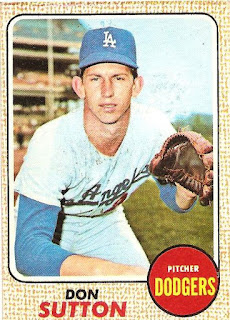 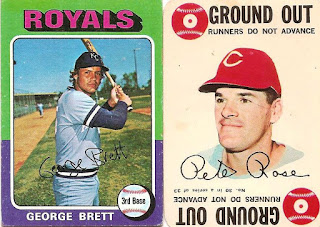 Then there was these two.  The 68 Rose game card was nice, but the 1975 Topps mini George Brett MINI rookie in excellent condition was good enough for me. I do think that the cards on this post are worth the $50.00 difference.


Have a Happy new Year!

Posted by Johnnys Trading Spot at 9:49 AM