In an imperfect world we can have imperfect cards. I recently bought two such cards otherwise I would of never been able to own. 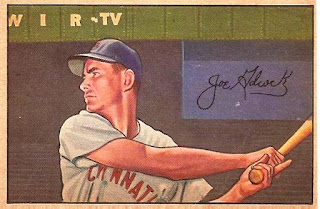 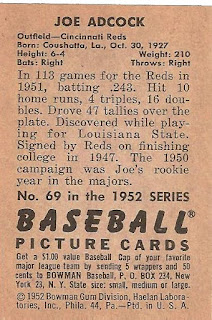 Definitely TRIMMED. I still have no idea why ANYONE actually believes they could pass off a trimmed card. 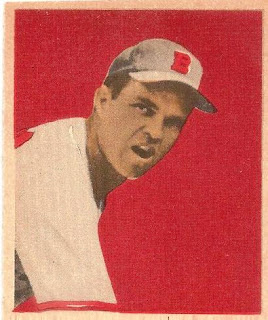 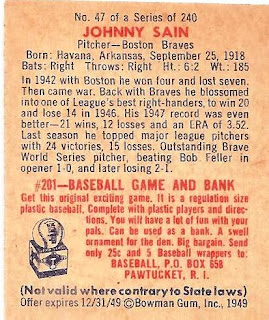 Go figure the Braves card is the most obvious trim job, but that is A OK with me, because besides the team set need, I need the set build need, and the PC. Works for me, but bot so much as the ...........

$7.25 I paid for these two together and delivered.

The "game" ends tonight, and I will announce over the weekend the winner.


Have a great weekend!