part two of the game

Player Collections. It's going to take a few posts to get through these. 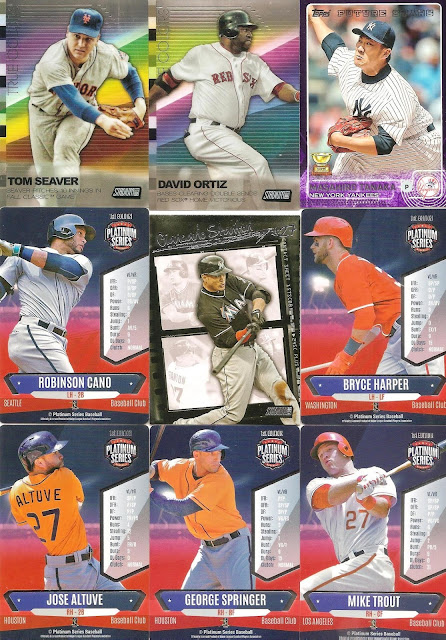 I'd never seen the Platinum Series "game" cards before. Apparently, this was the only year as the game was pretty much the same as another one out there (they were sued). 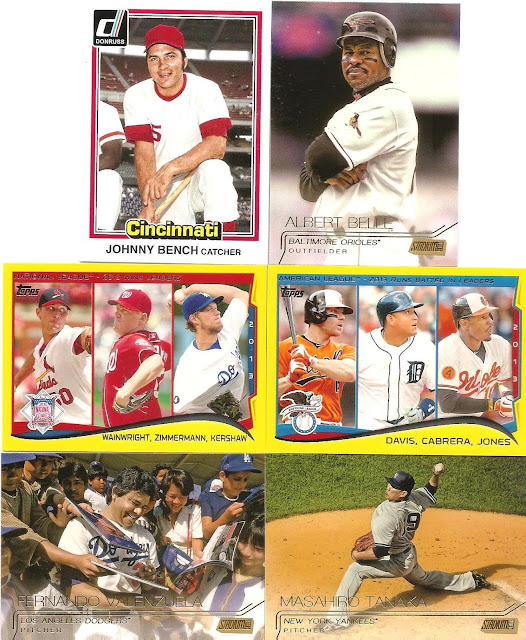 Nice gold TSC.  Ya know, I like the yellow bordered cards. 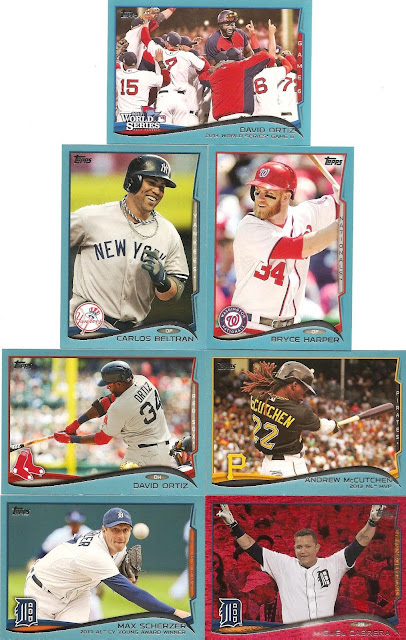 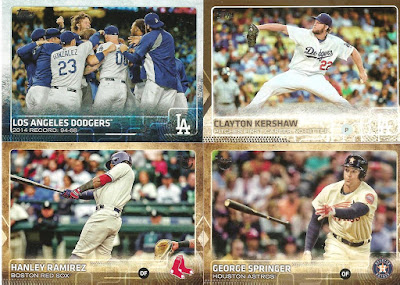 The non card is a rainbow foil.  they just don't scan well. 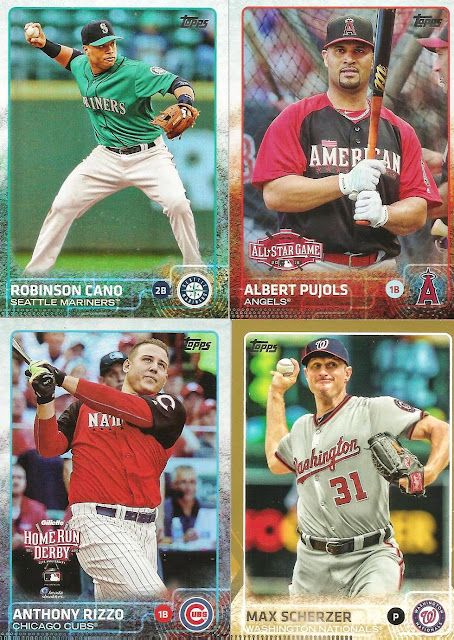 See you can't tell on these either. 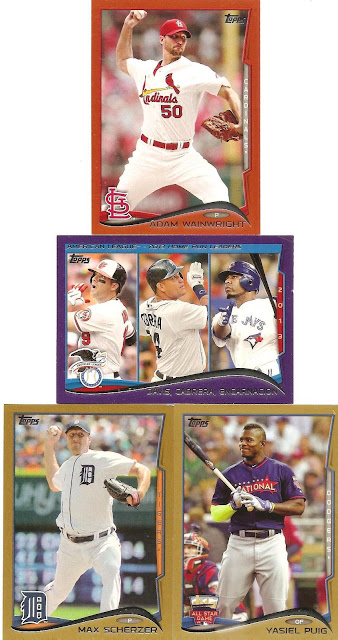 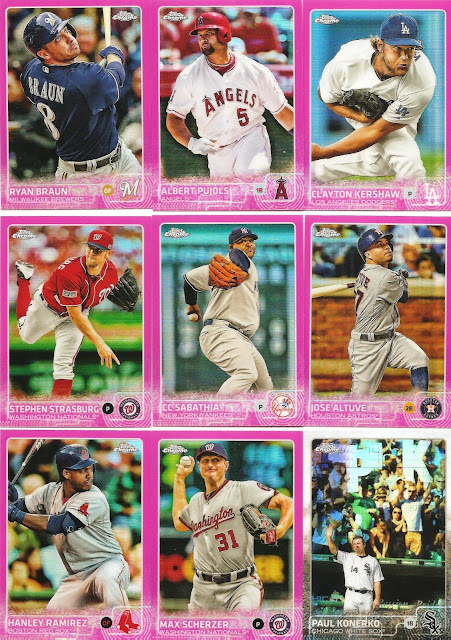 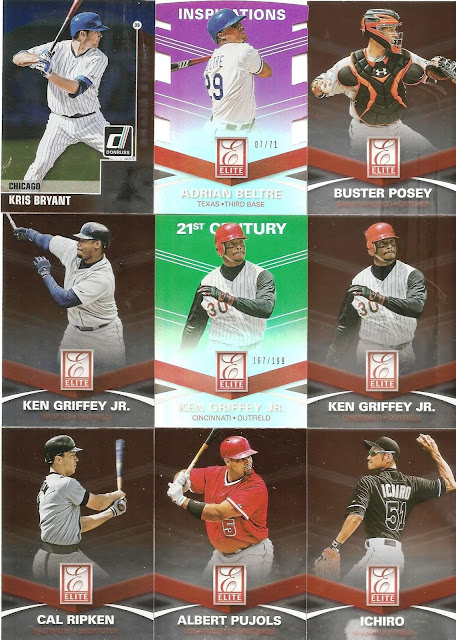 That green Jr, really looks good next to its base in this scan. 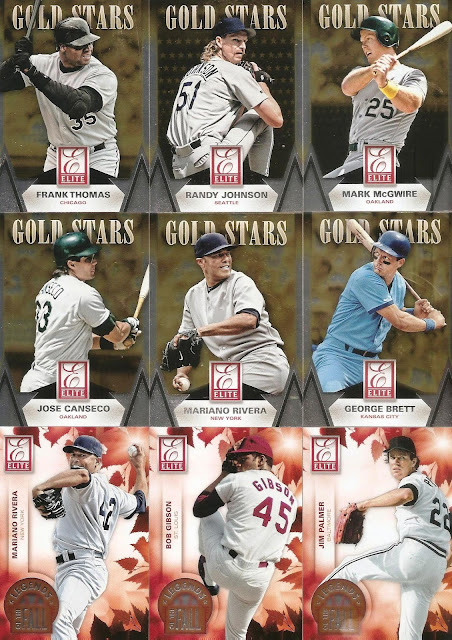 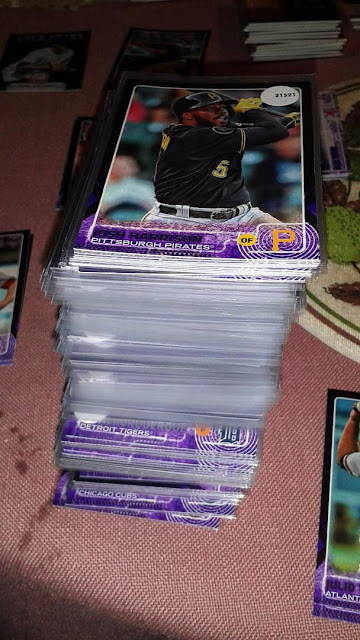 See I told you there was hundreds of the purple cards. 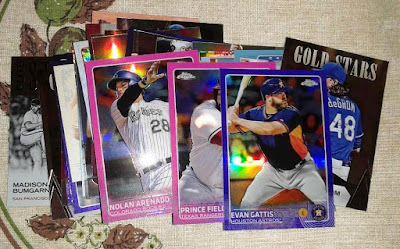 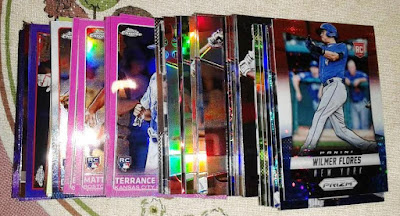 
Have a great day!
Posted by Johnnys Trading Spot at 10:51 AM