Wednesday full of goodies from Wes

The most generous BLOGGER, yeah I wrote that! We are all appreciative that Wes (jaybarkerfansjunk) is back blogging and still dropping boxes of cards in our mailboxes too (not that he ever stopped that)! I recently was graced with such a box from Wes, so before I forget THANK YOU! And get me some more of that Braves have list of yours. D and after please.  LOL! 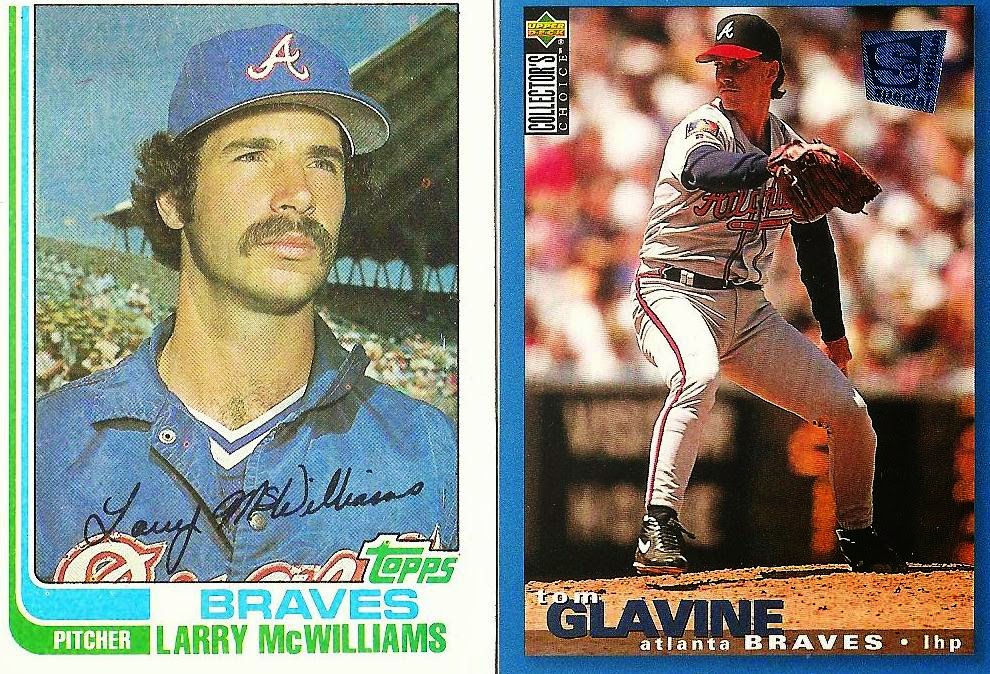 First up, we have a couple of cards that I didn't need in my "team sets" binder. However, these two fit nicely into my Franken-Set binder, which foolishly I haven't checked any of the doubles  I got in the last 6-8 months, shame on me.  I really should start back my Franken Fridays. Keeps me on top of that situation.  Wes was kind enough to send multiples of that Glavine, which I have placed one of them into the Glavine Binder (Hall Worthy Binders). The Braves cards in those binders may seem lacking at times, as I may and probably do have most of the base cards that do not show up there because they are with the "team sets".  Oh well.

and a couple more. 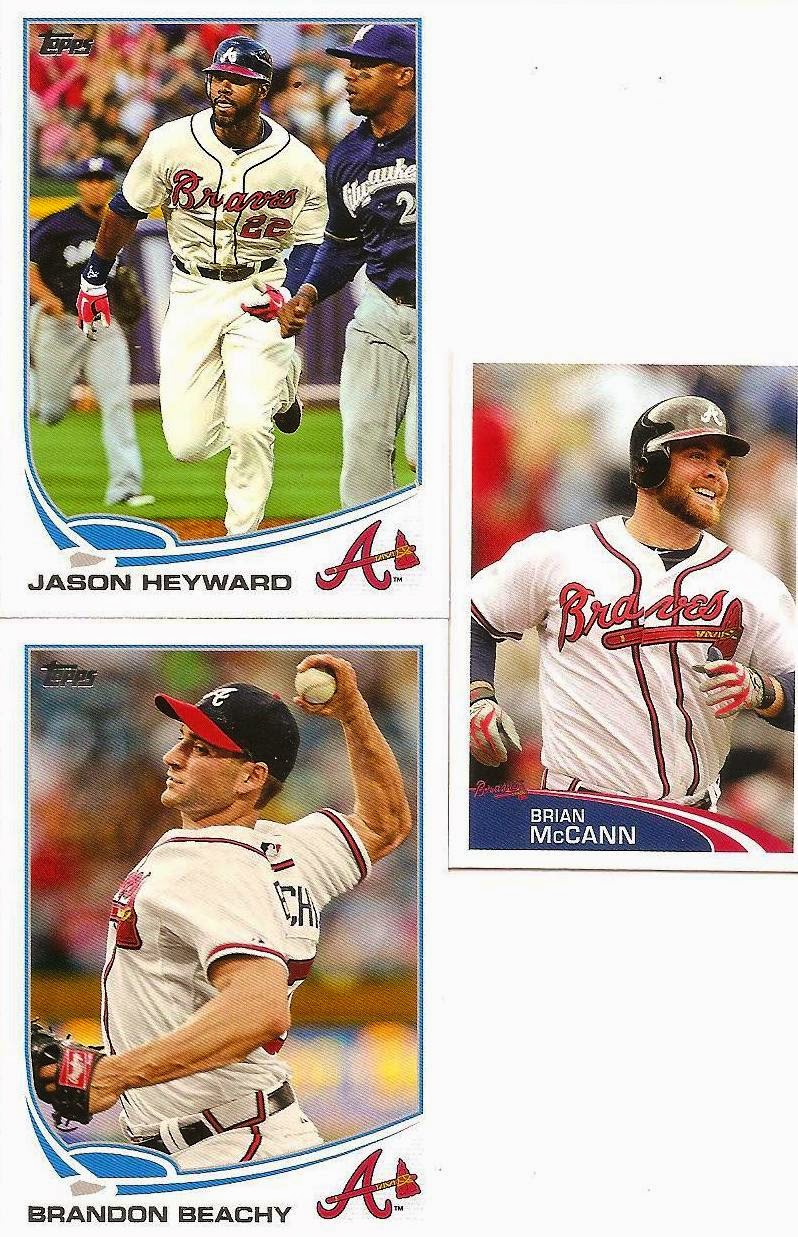 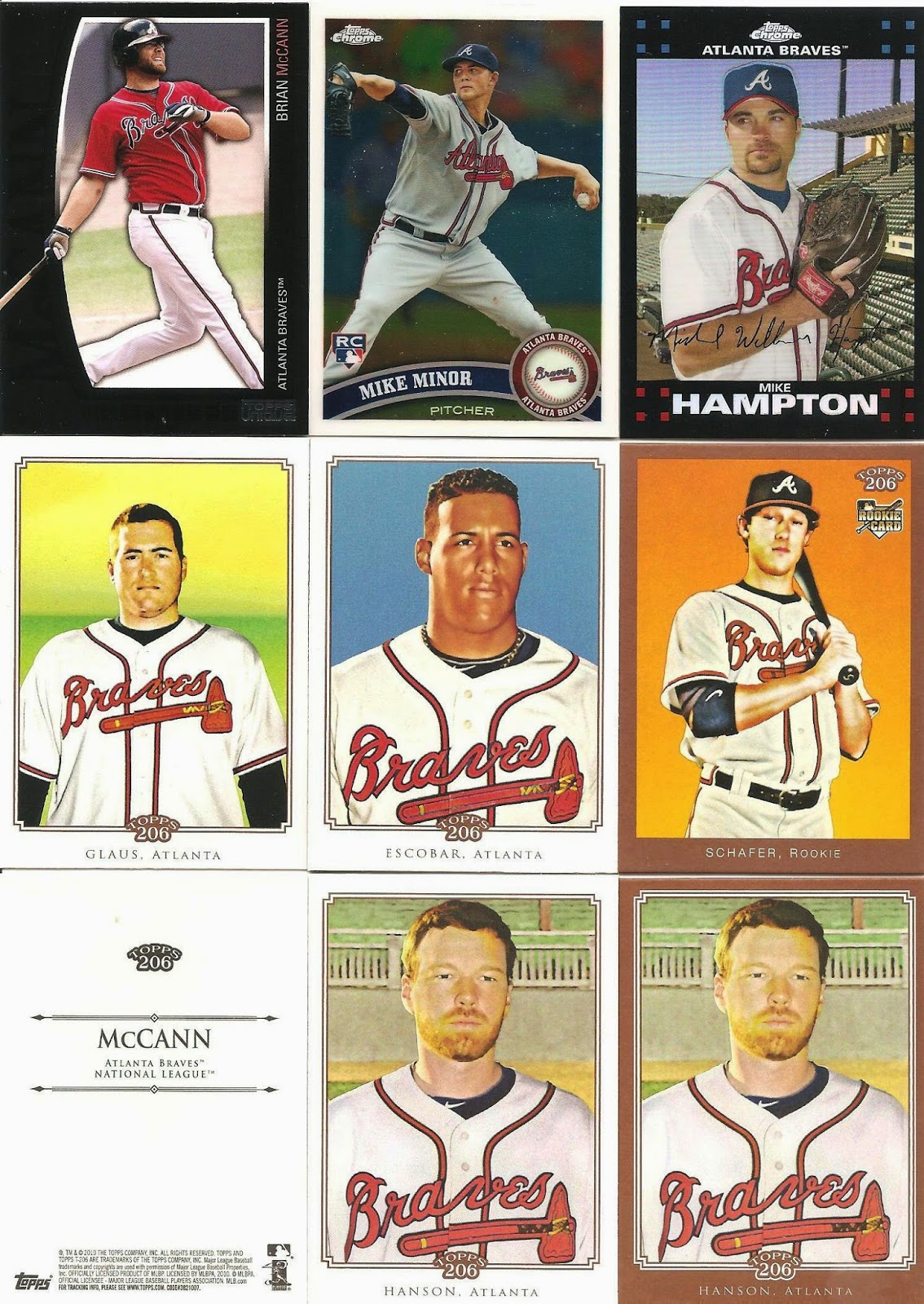 The Hampton is a refractor. I'm not sure what is going on with that McCann, no number or any of the normal back for Topps 206. 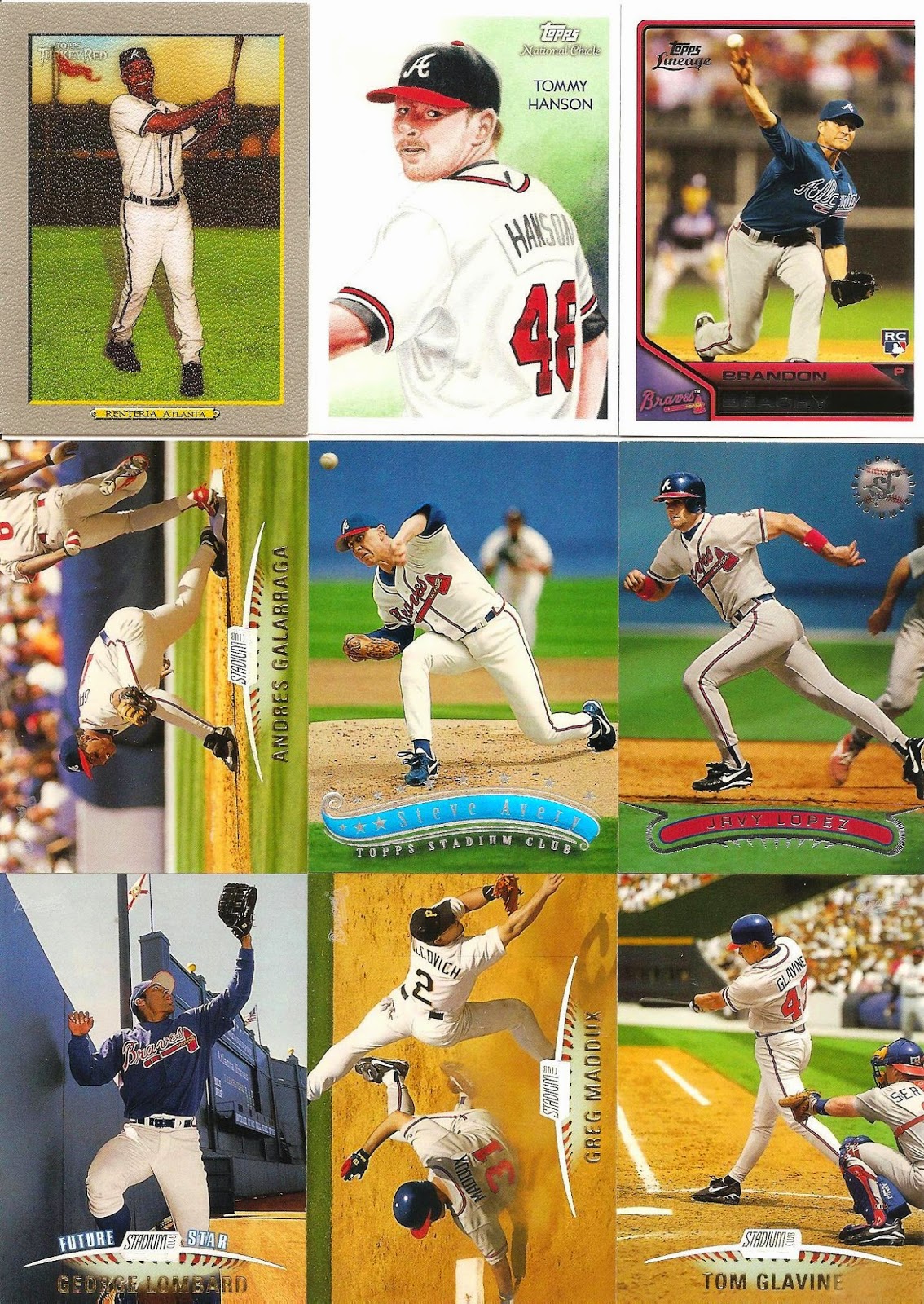 I did have that Maddux and Glavine in the team sets, but I needed them for the Hall Worthy binder, and still need another one of each for the mini collection of Pitchers at the plate/base paths.
The Lombard card is so awesome, I am sure Jedi probably has one already. I do want another one for my Flag/patriotic mini collection. 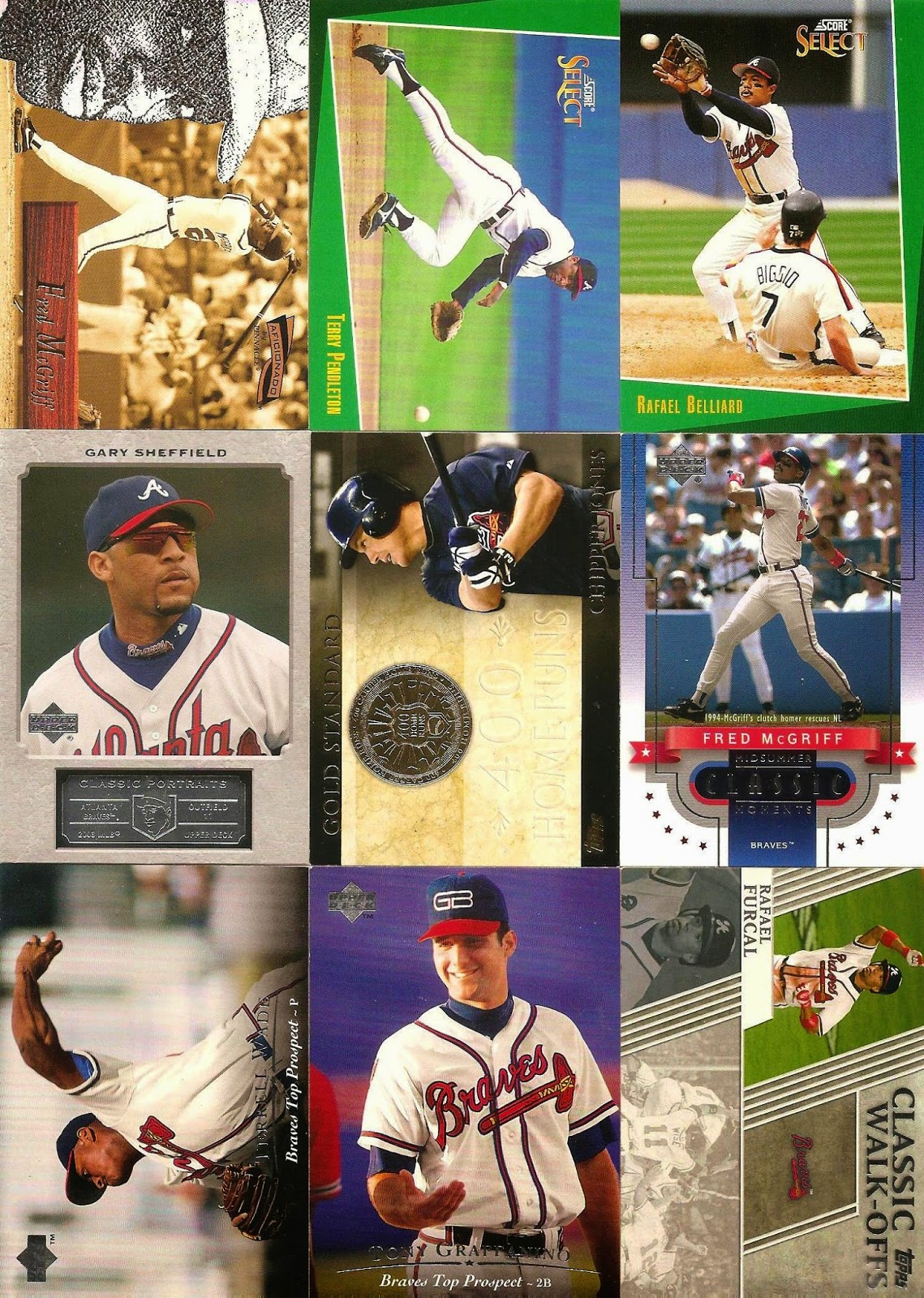 I was quite surprised to find out that I did need that Chipper in the middle. 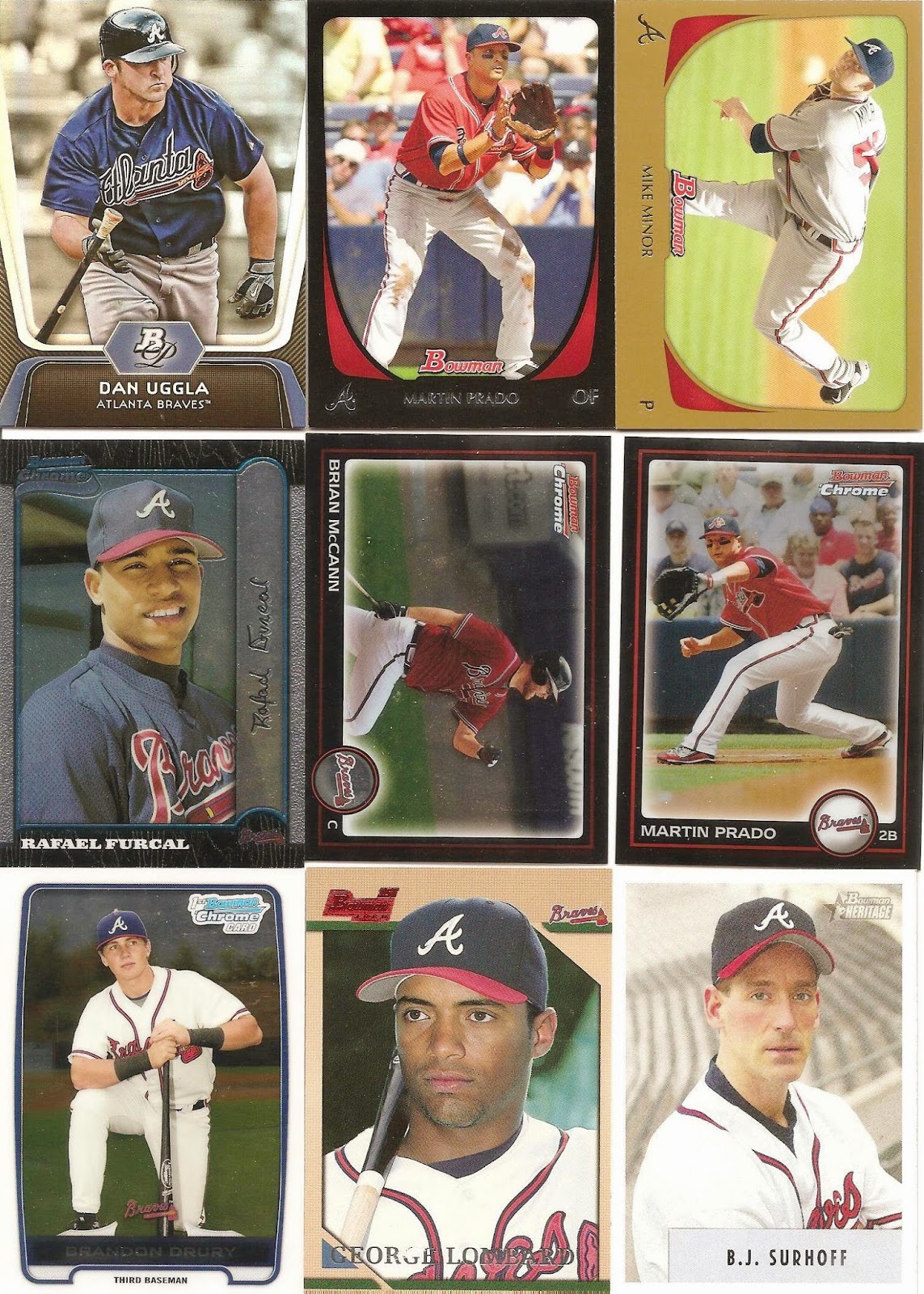 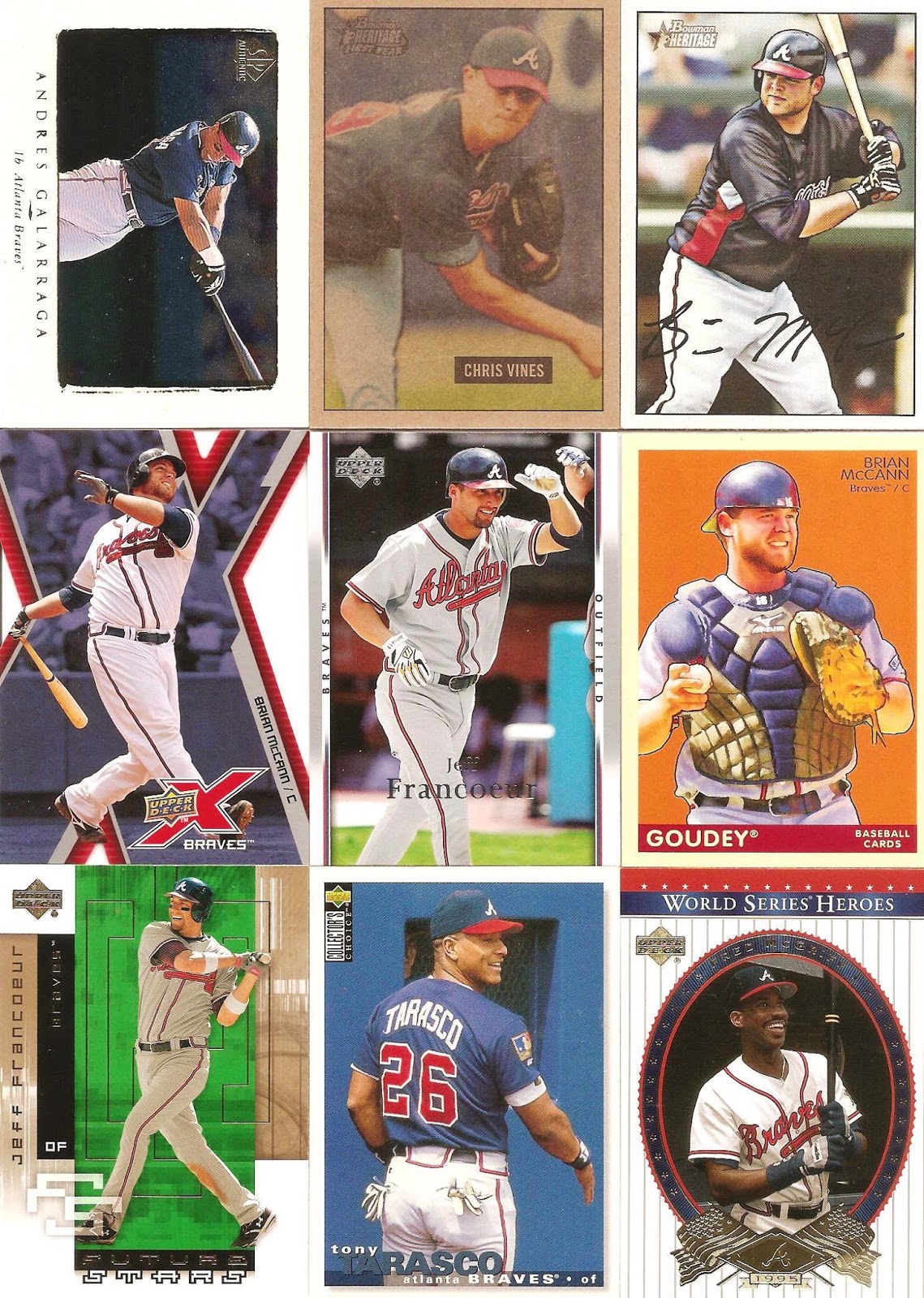 I am not sure which parallel that Vines Bowman Heritage card is, mahoghany or red. But it is a sweet card, a little dark, but sweet either way. McCann is the die cut version. 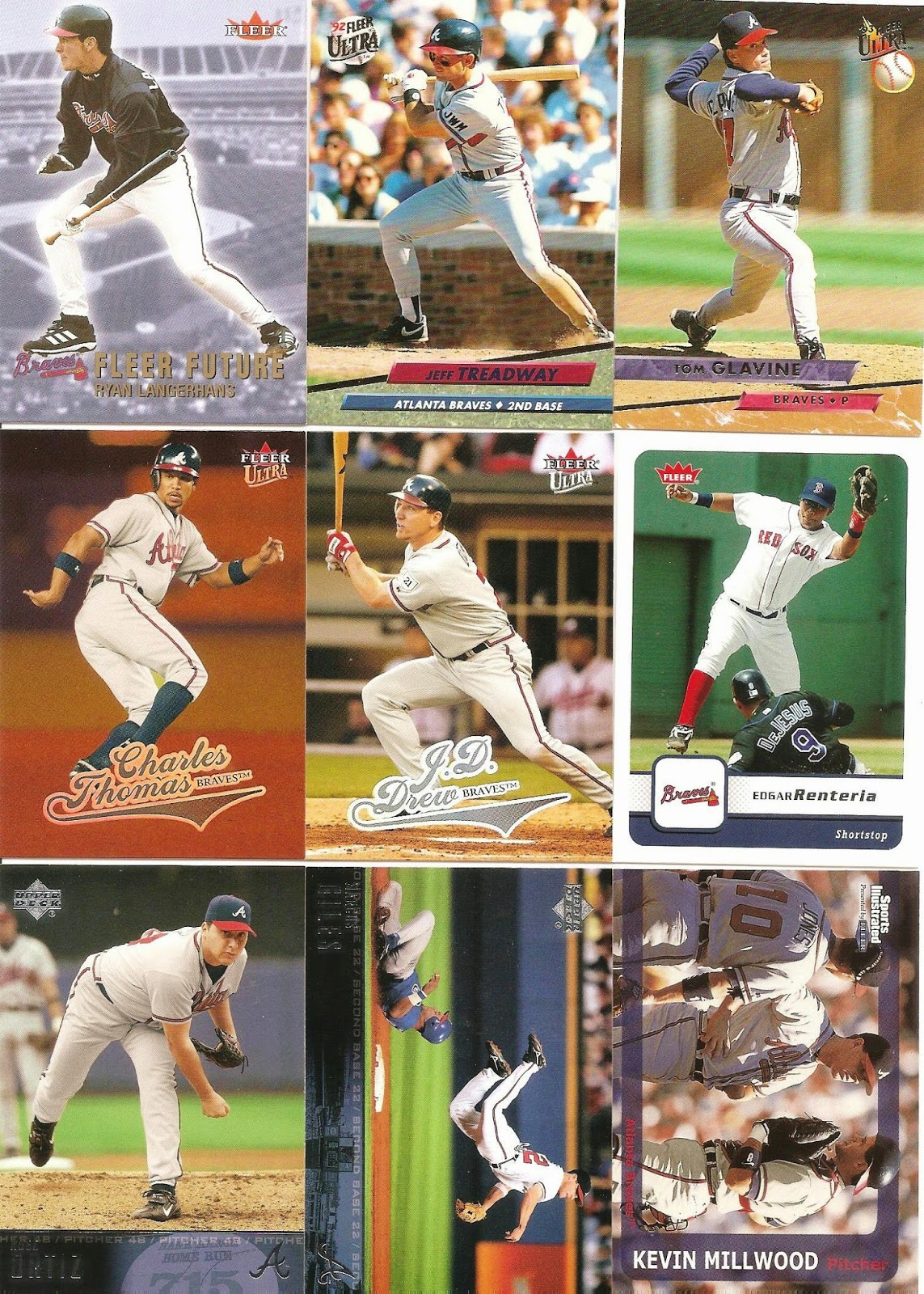 That Giles shot is awesome, I should have rotated the scan for that one. 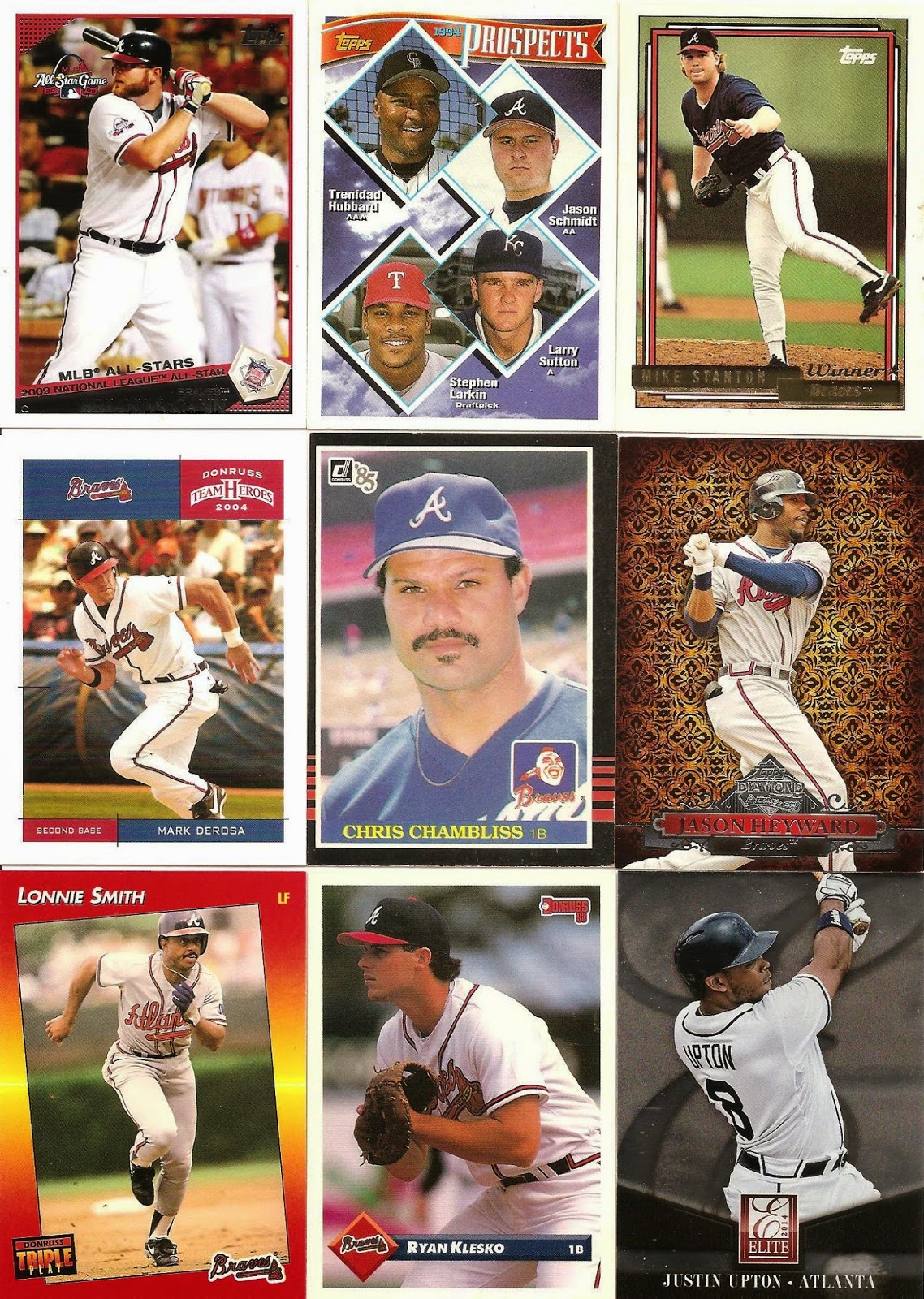 First card McCann, I had the gold version, but needed the base. The Stanton Gold card from 1992, I need nearly all of the gold from this set, unlike 1993 where I had the gold set before the base, LOL.
Funny story about the Chambliss in the middle. It was the last one needed for that team set, and I should be getting another one in today from Just Commons, but Wes beat him to the punch. The Heyward is HTA #6, my first from this set, likewise that is my first 2014 Elite card too.

Maybe I should re-title this post as "Red Hot Wesnessday"