Mark recently hit me up with a return Holiday package. I love sending out unsolicited packages and then magically cards come back, often all throughout the year. IT is JUST AwEsOmE!  Mark tried to hit just about every area of my collecting. Not scanned today but did get are some John Elway cards, which is difficult for people to know what I have (1,379 unique cards) without having them listed here or on my Elway blog. BTW, I have been scanning all of the HAVES for the Elways lately and now up to year 1995 this week. 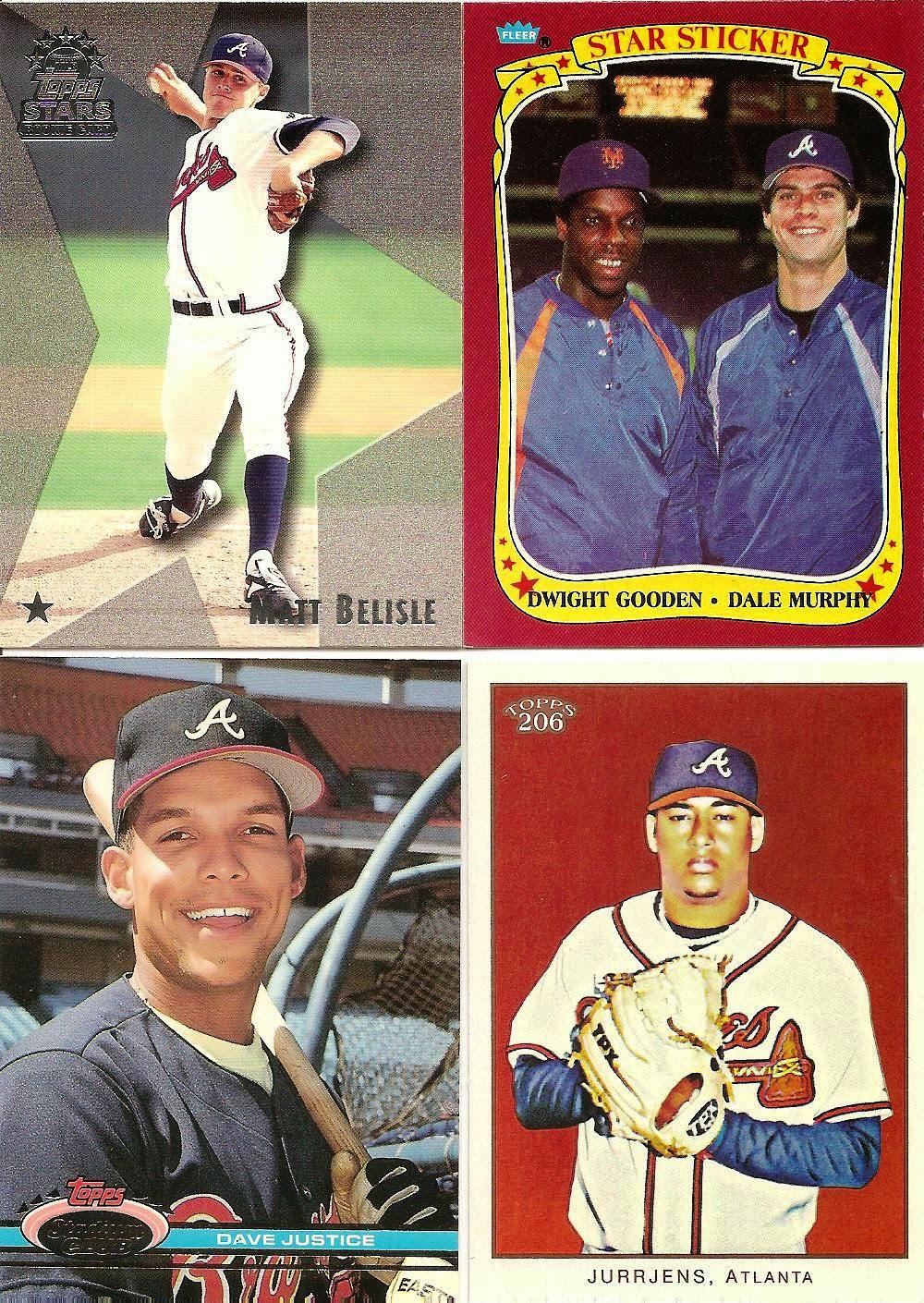 I am wanting another one of those Star Stickers so I can put one in Doc binder. 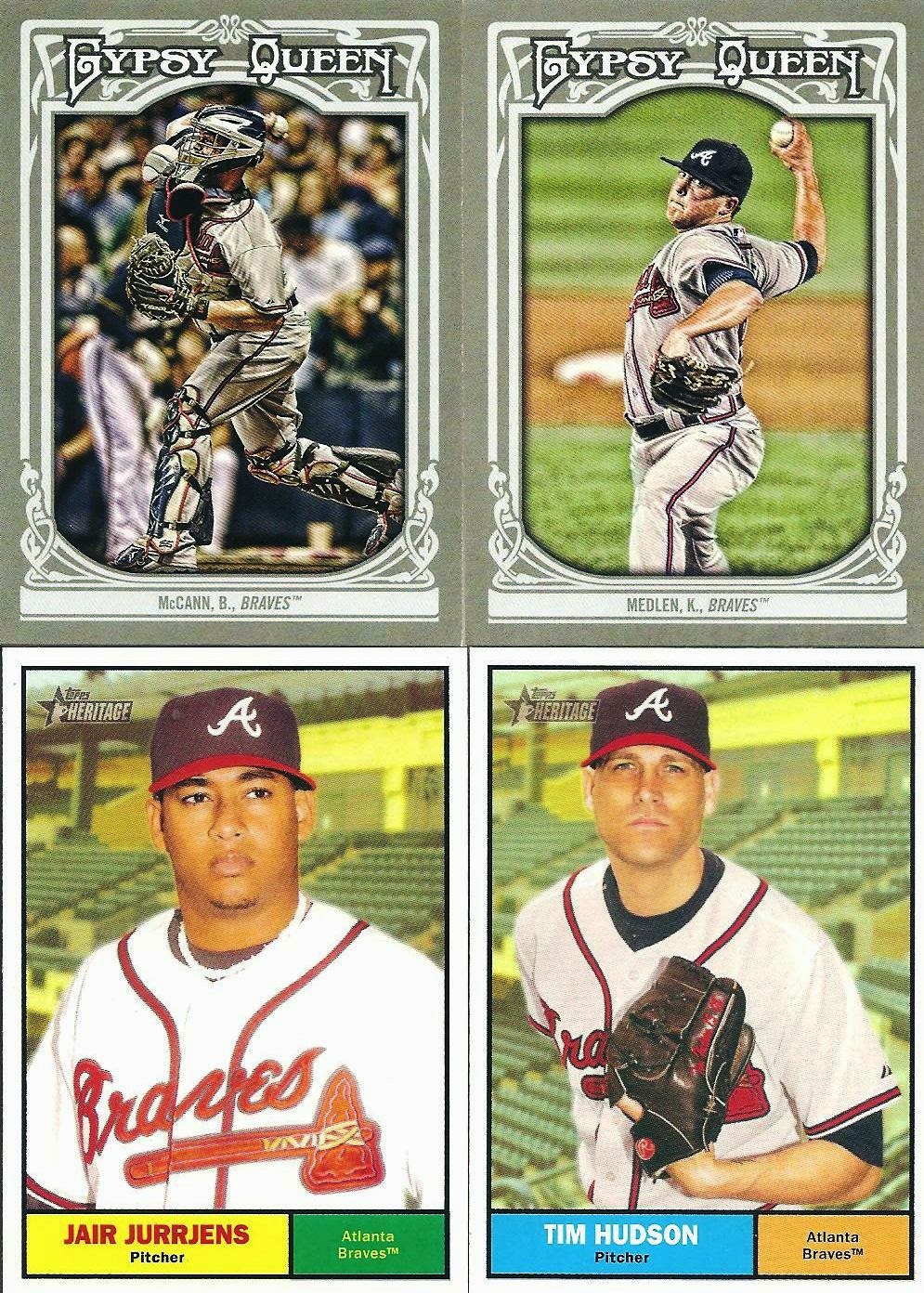 Turns out I had the McCann GQ, but never took it off of my want list. In fact sometimes when I update it really doesn't save my changes, and that really pisses me off. Just this weekend I found an entire set of Topps chrome that didn't take any of my updates.  It did this time! Google can tick you sometimes, but mainly I think myWANT pages are too big, so I may need to cut them in half but only fater I "update" that second page as I stated on my goals for this year. 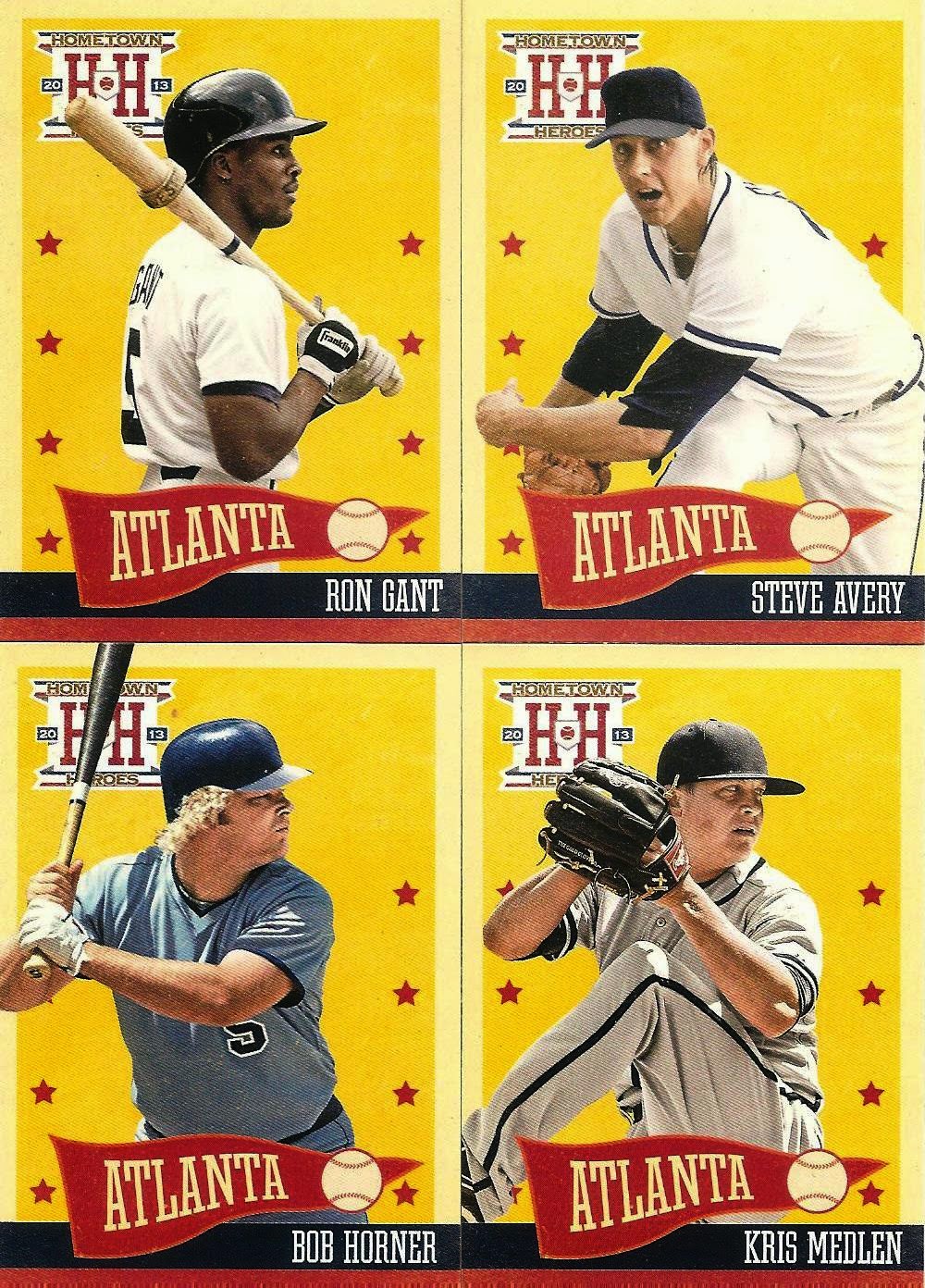 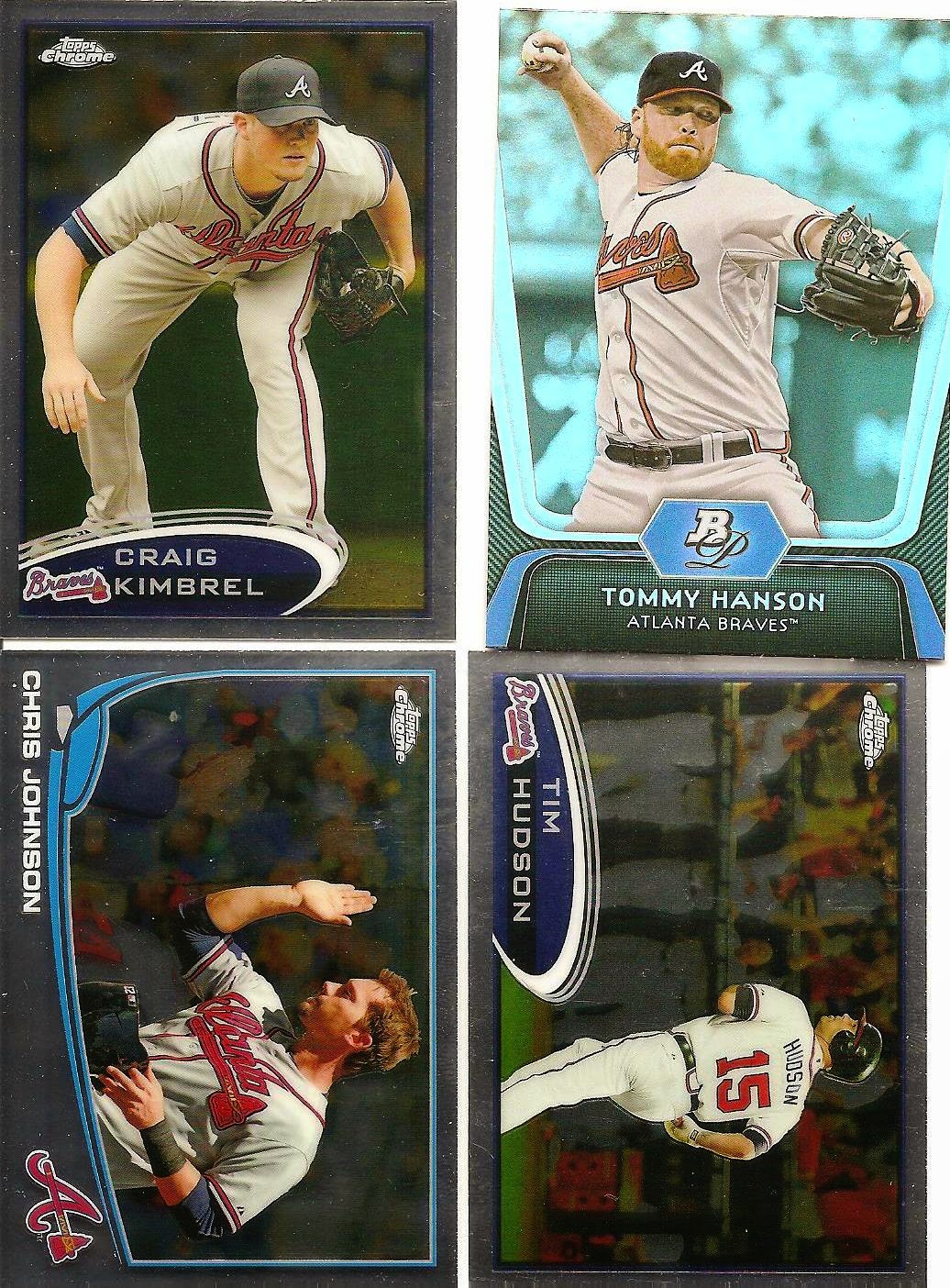 These are how I found that the updates didn't take, but I did need these. 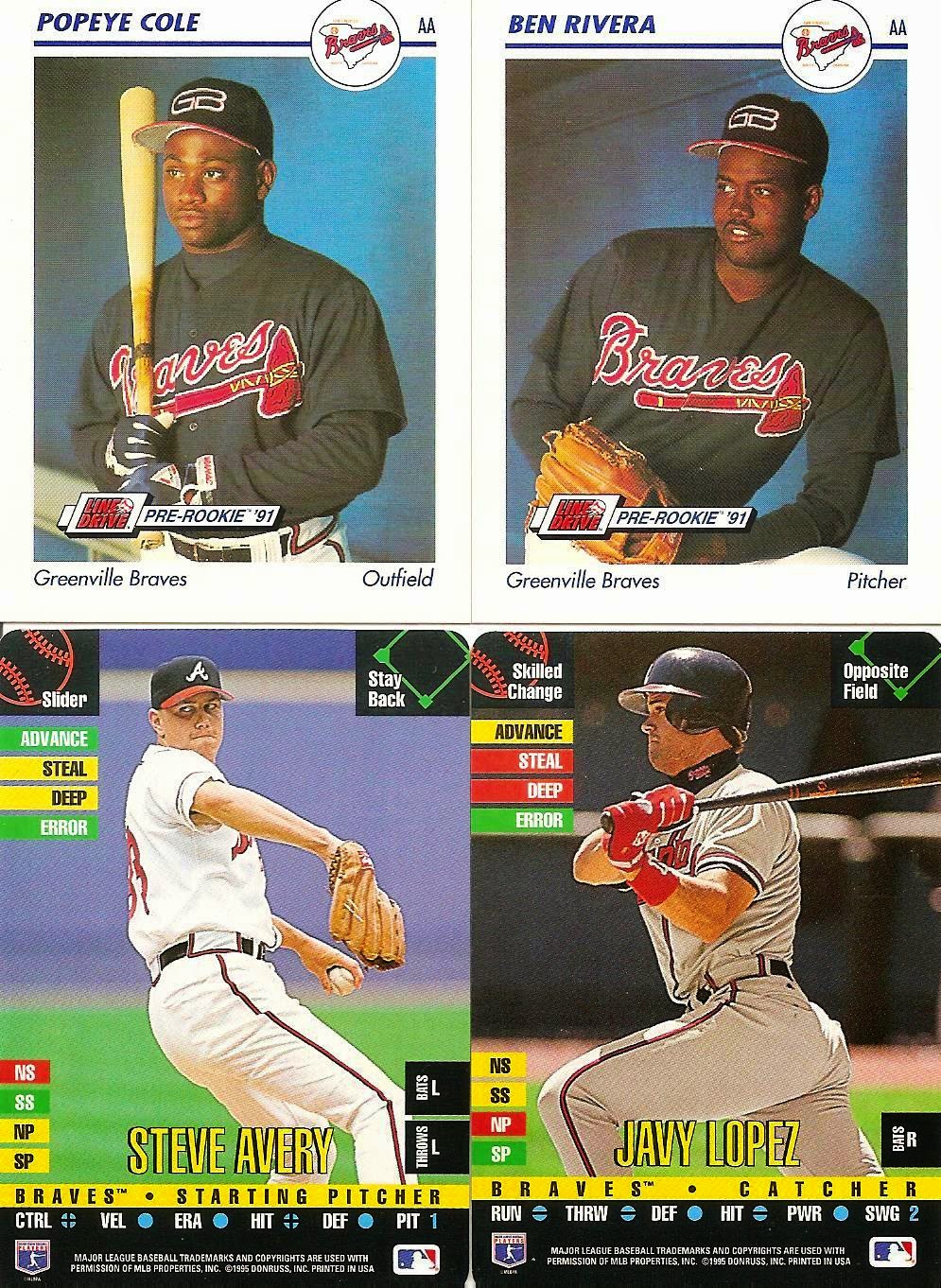 I wonder why Mr. Cole goes by Popeye? His forearms aren't that big, maybe he just likes spinach, or his girl is named Olive. IDK. I think the Top of the Order are too busy on the front, that stuff could have been on the back. IDK, maybe it has something to do with how you play the game which I never have. 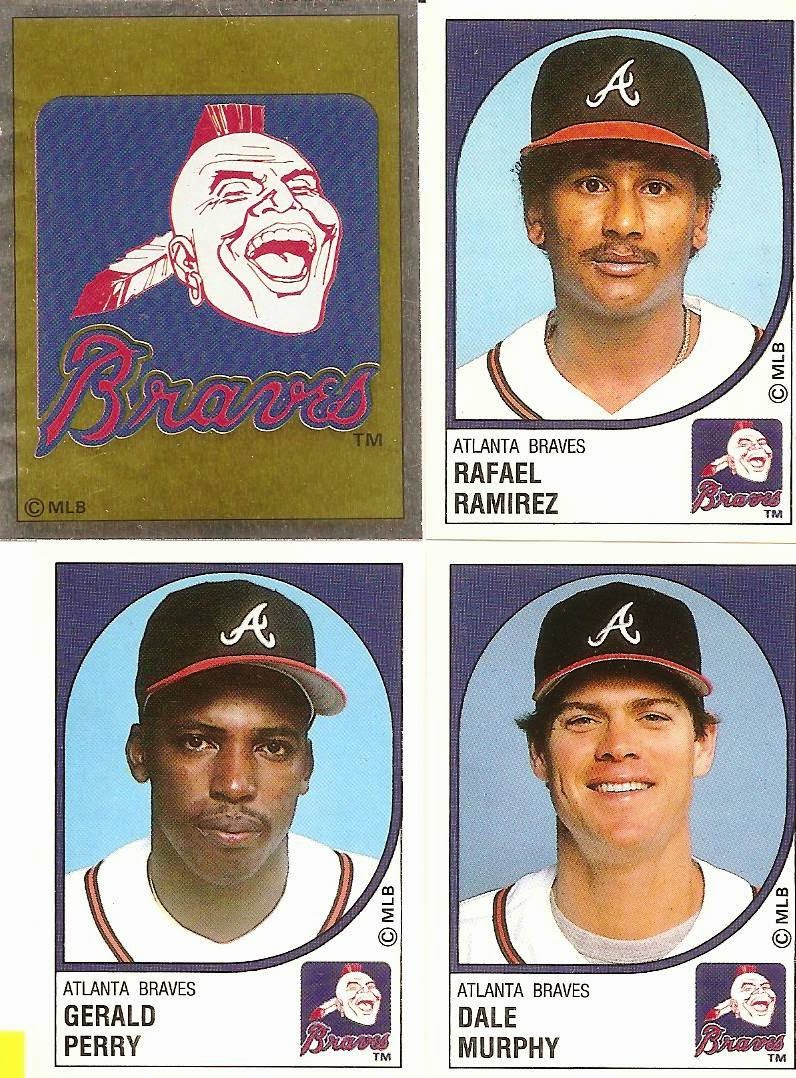 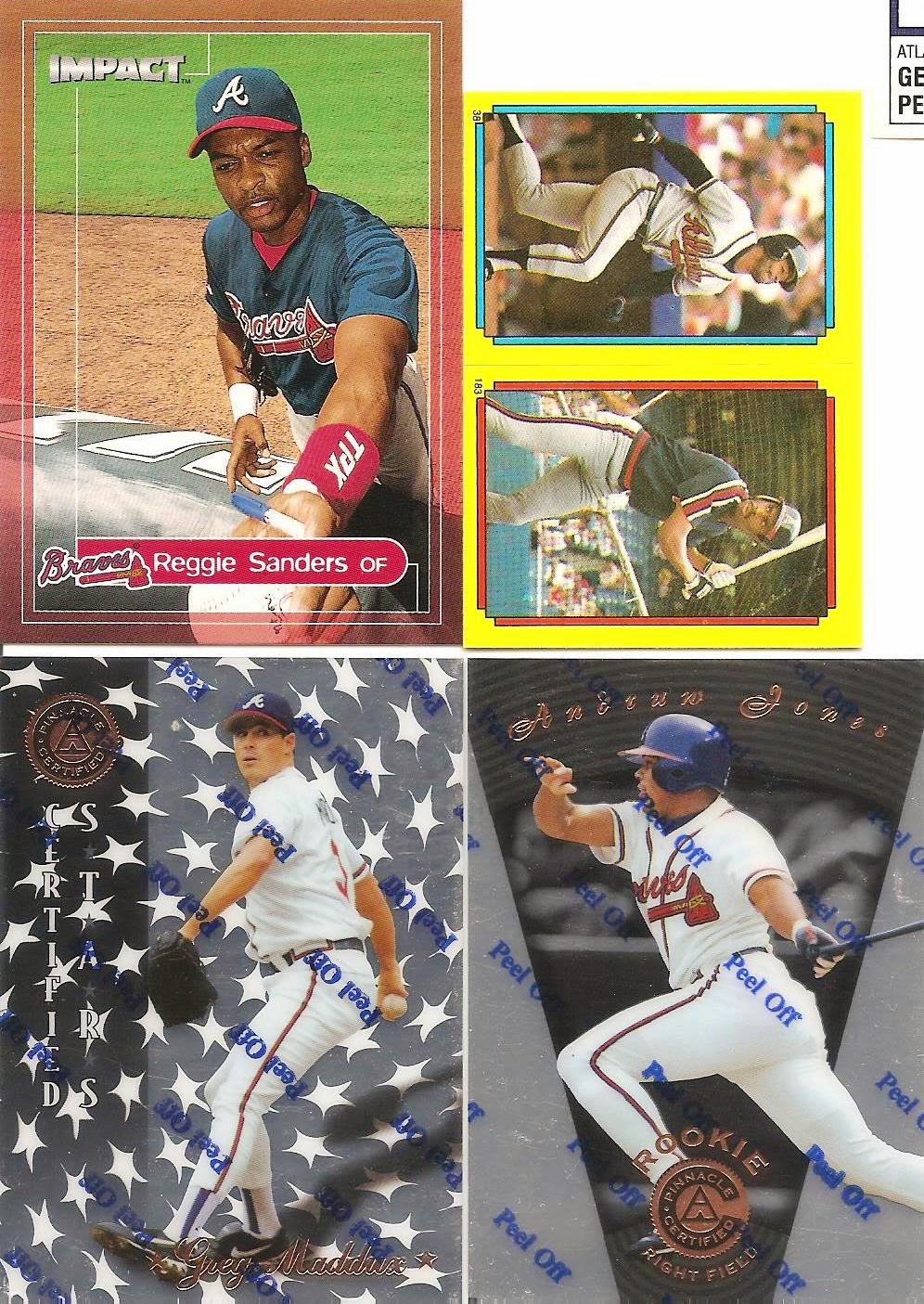 I absolutely want another one of those Sanders, but dog gone it if they didn't ruin the shot with the name box. 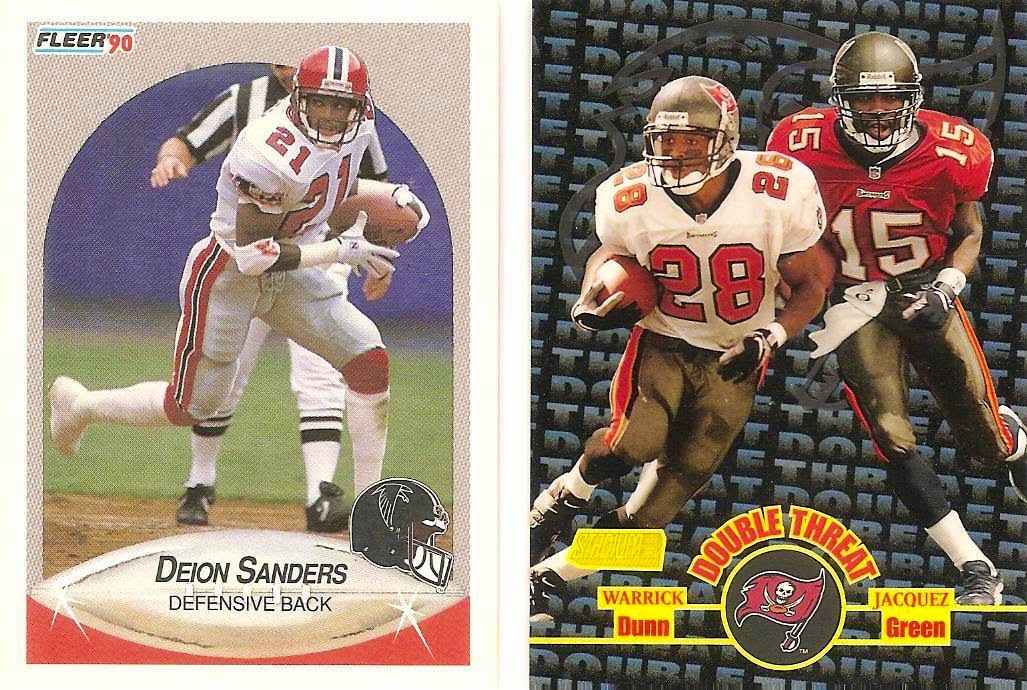 mark hit up the FAlcons and the Bucs! (He sent more than these) 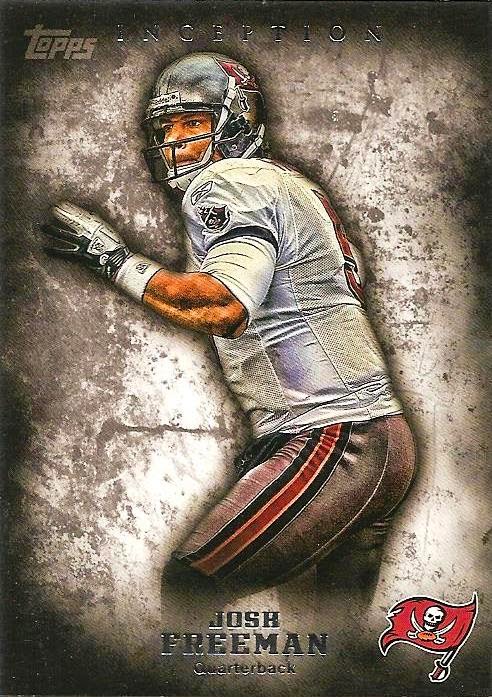 A nice high end card from Inception, man these cards are thick! 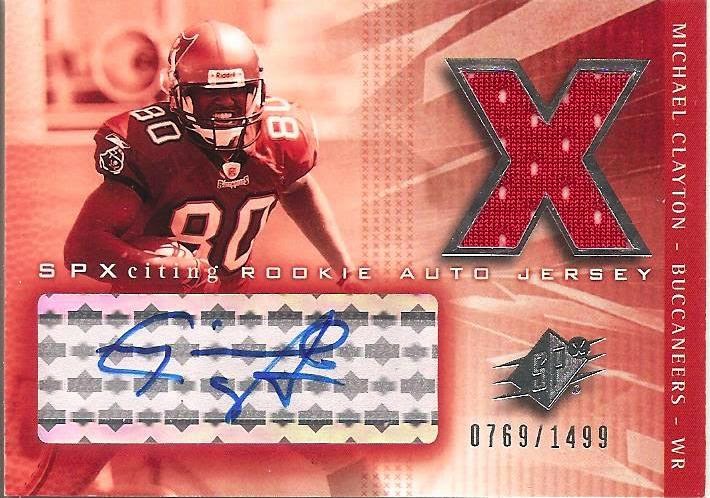 Closing this post with this serial numbered Rookie Auto Jersey card of Michael Clayton. Thanks Mr. Fuji, working on another one.