Recently I reached out to Tim (I love the smell of cardboard in the morning) He responded about and 1984 Elway Disc double that I had on my Elway Blog. I checked and still had it, so I let him know. Brian had told me that he had the Yaz DK puzzle I needed, and wanted to know what else would it take for that Elway. I told Tim just look over my want list and send whatever you think is fair.  Well, he went way beyond and needless to say I need to come up with a surprise for him. I do have something in mind along the oddball side, although it really isn't an oddball. We'll see, meanwhile let's look at the "TIME SUCKING" lol, I only say that because Tim must have spent hours looking at my want list and pulling cards. He hit a good bit of the chrome, traded and update sets in fact he closed out one update set for me. 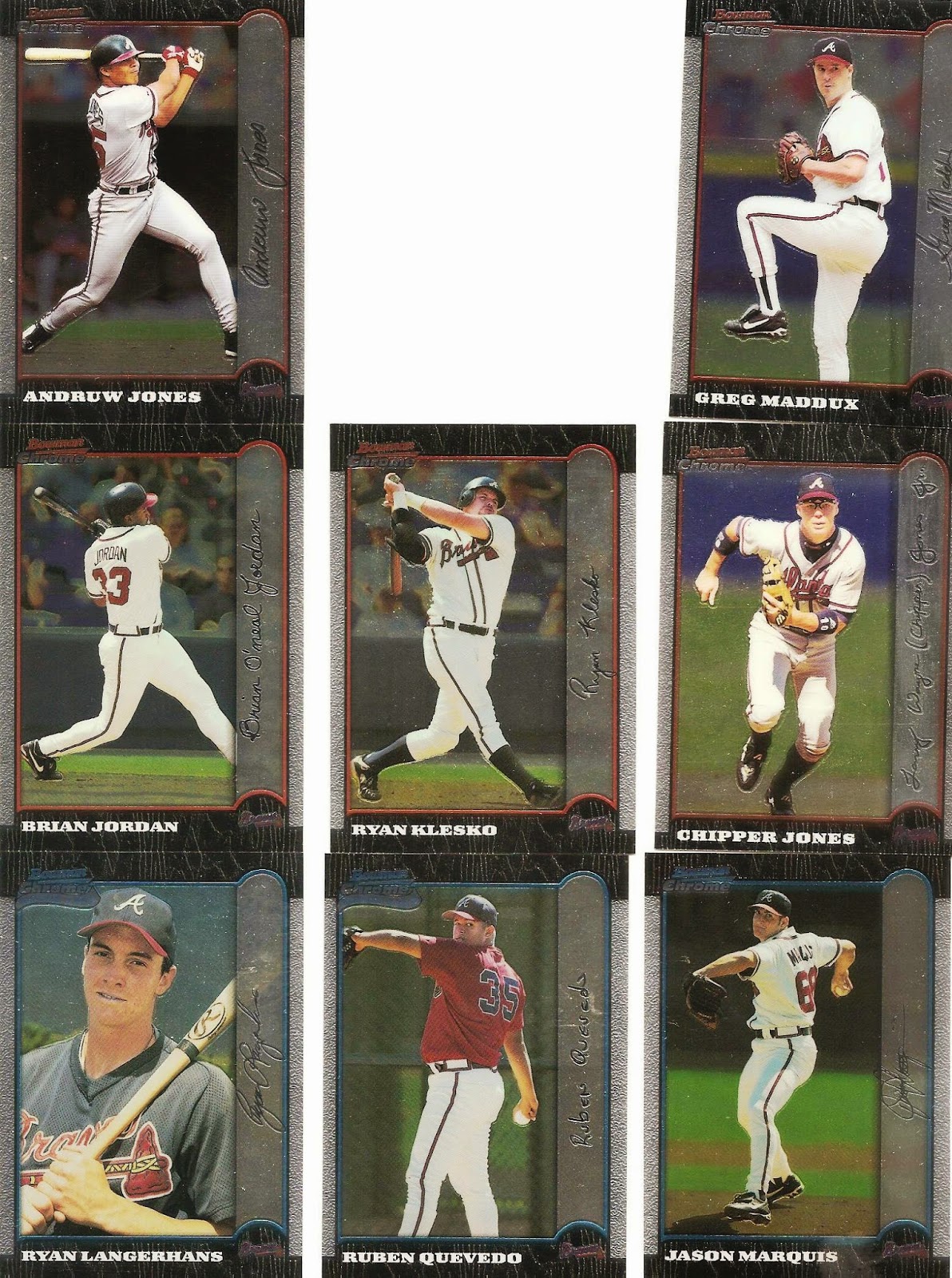 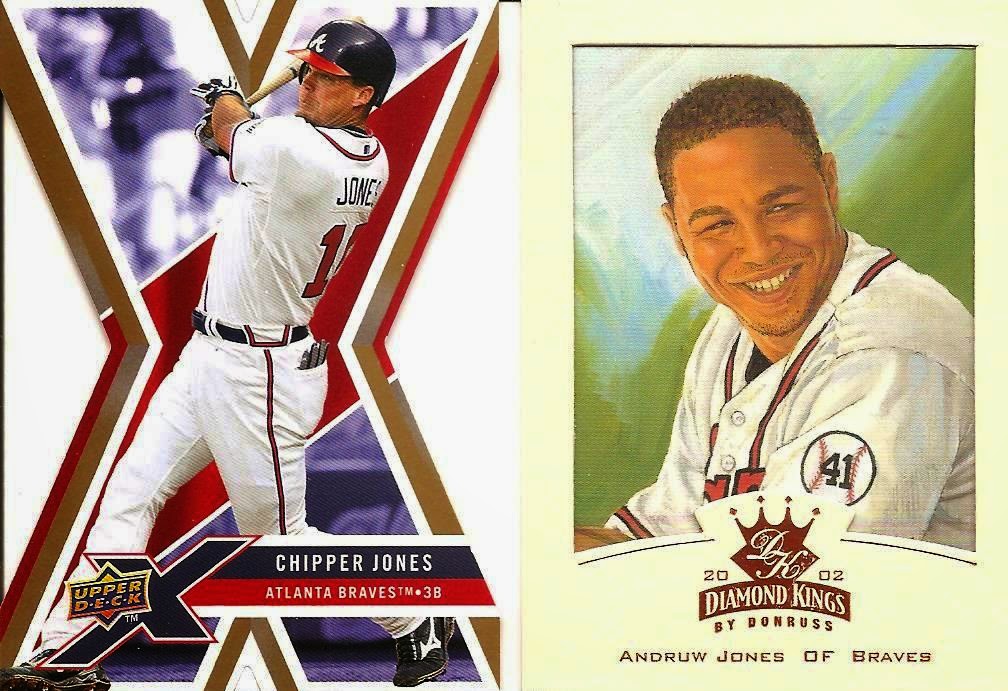 I had the Die cut (silver border version) of chipper, now I have the Gold, and still need the base card.
The Bronze foil Andruw. 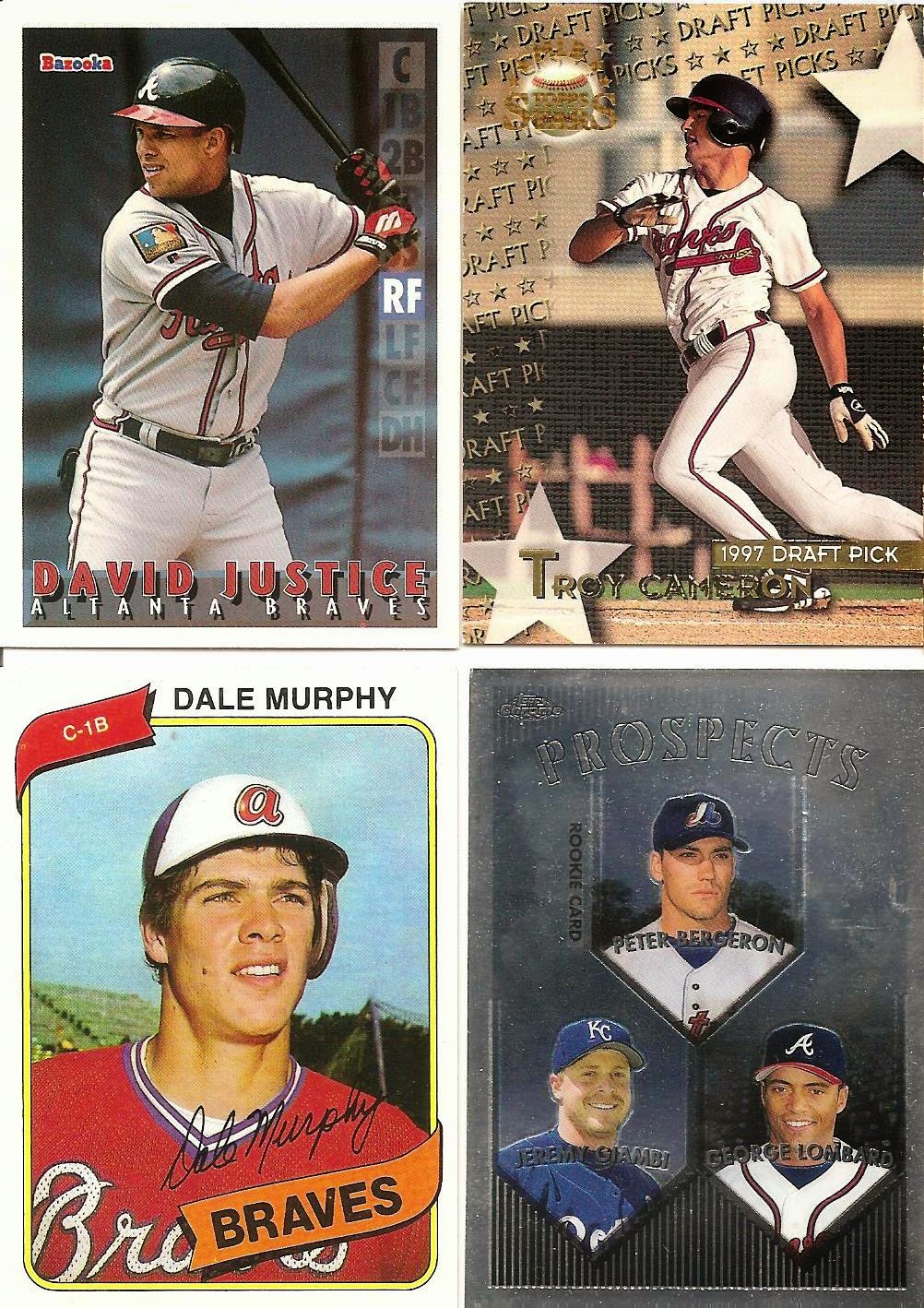 It's hard to believe that I still needed that Murphy, no longer!

Yep, I needed that Aaron, and the same focused look on Millwood. 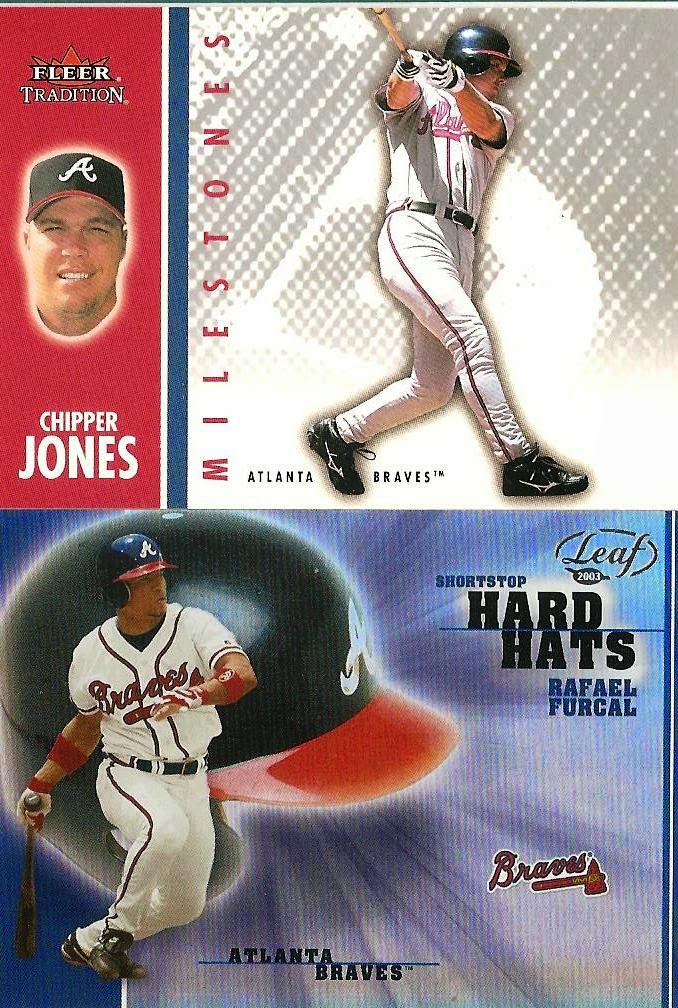 A couple of very nice inserts. Got to love any insert with Chipper, but that Furcal is pretty sweet even if it is sort of plain (but shiny) I like it.

Sheffield must be thinking......Did I leave the coffee pot on??? 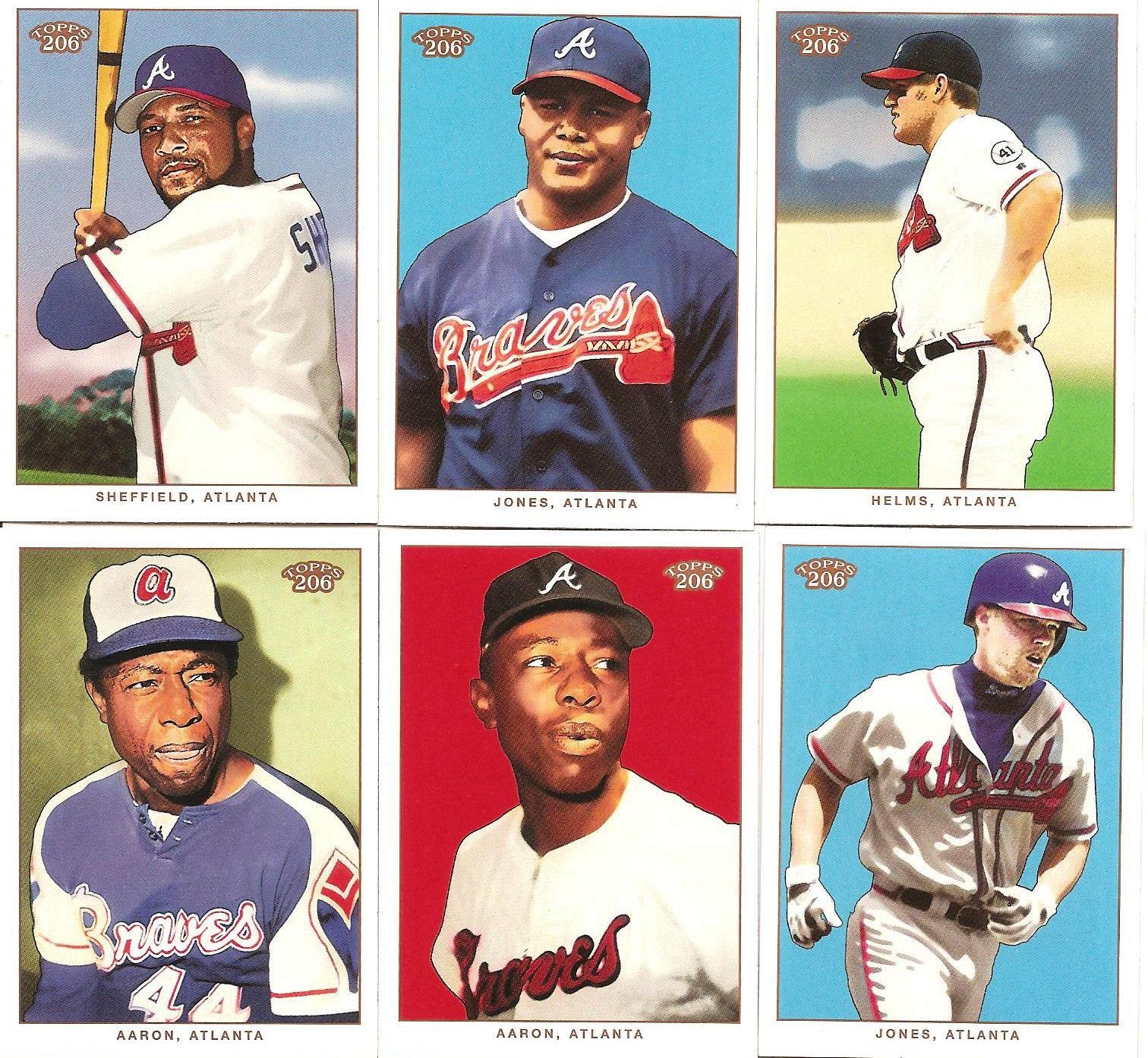 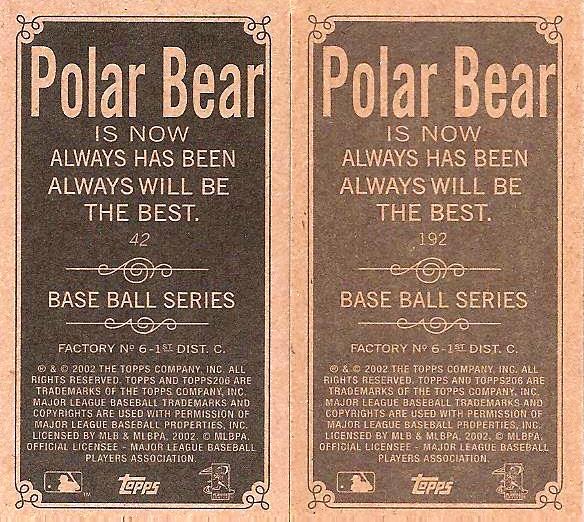 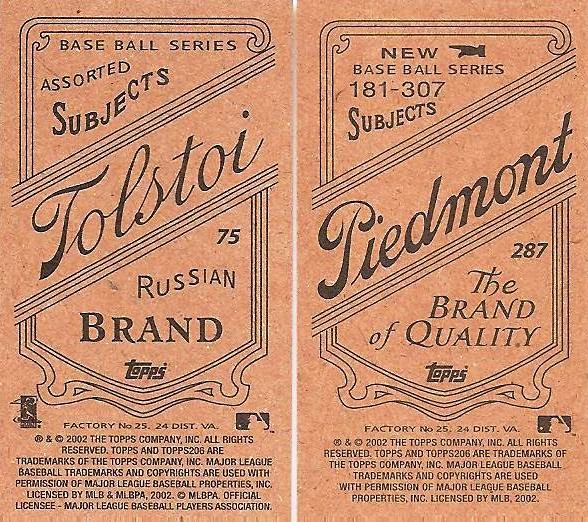 Okay, to most people the Piedmont might be sort of base-ish, but it happens to be the white jersey Aaron, you betcha I'll keep it. 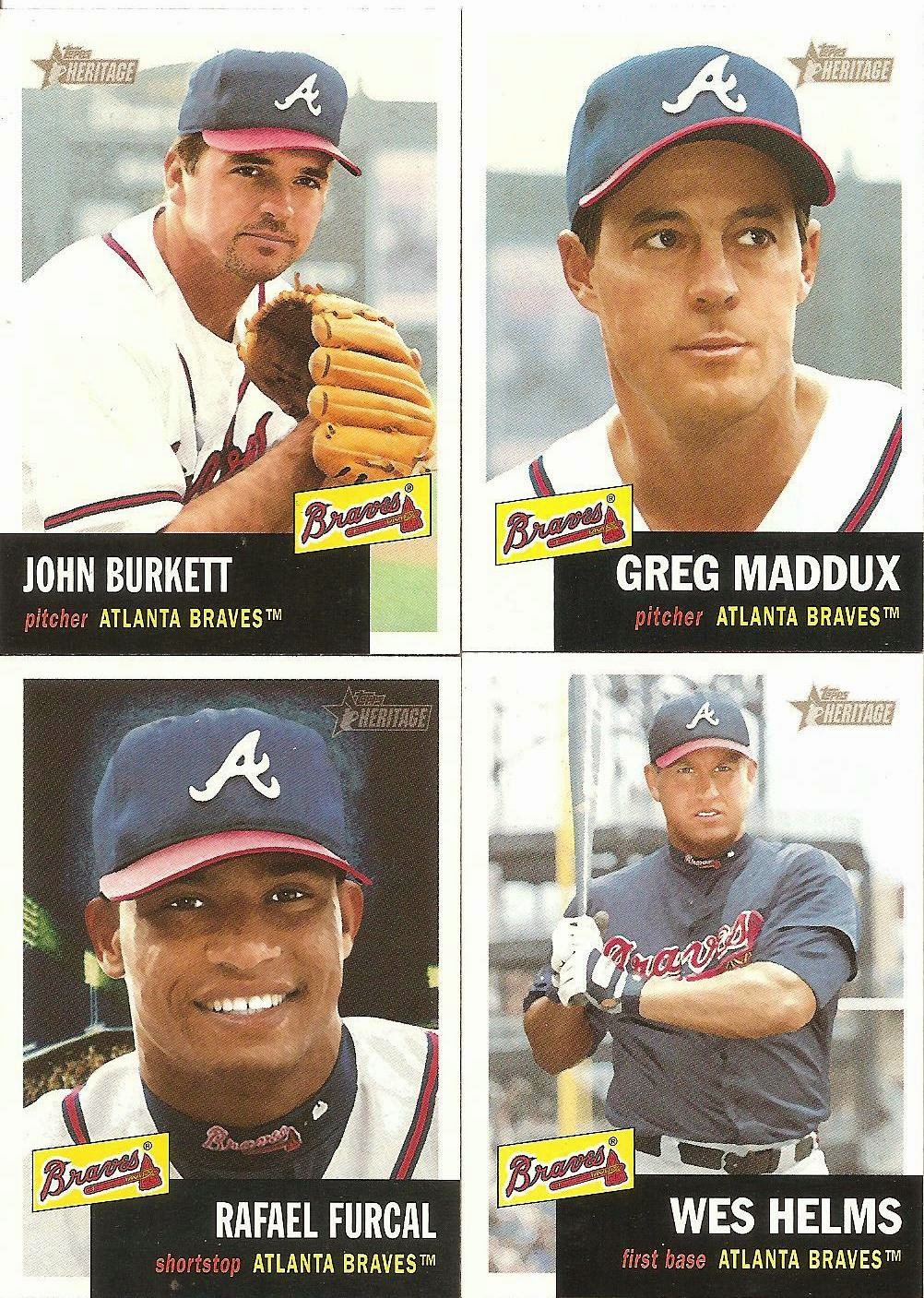 Loving me some Heritage. The Furcal is the SP Night version. 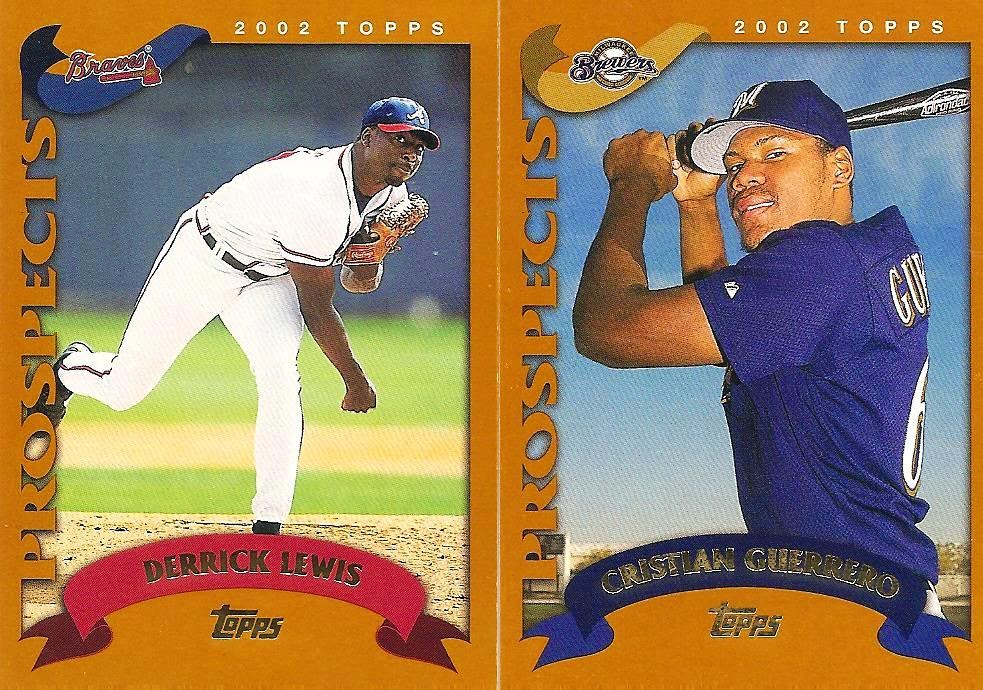 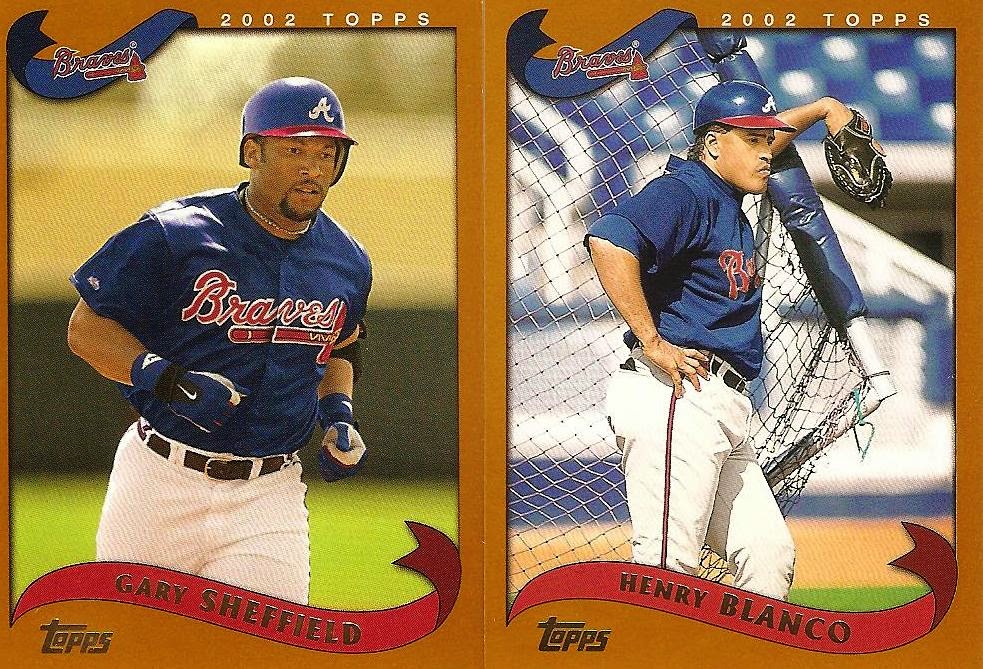 Closed out the 2002 Traded set. Not sure why I had the Guerrero on my want list (I shouldn't have), but hey it is a great shot. 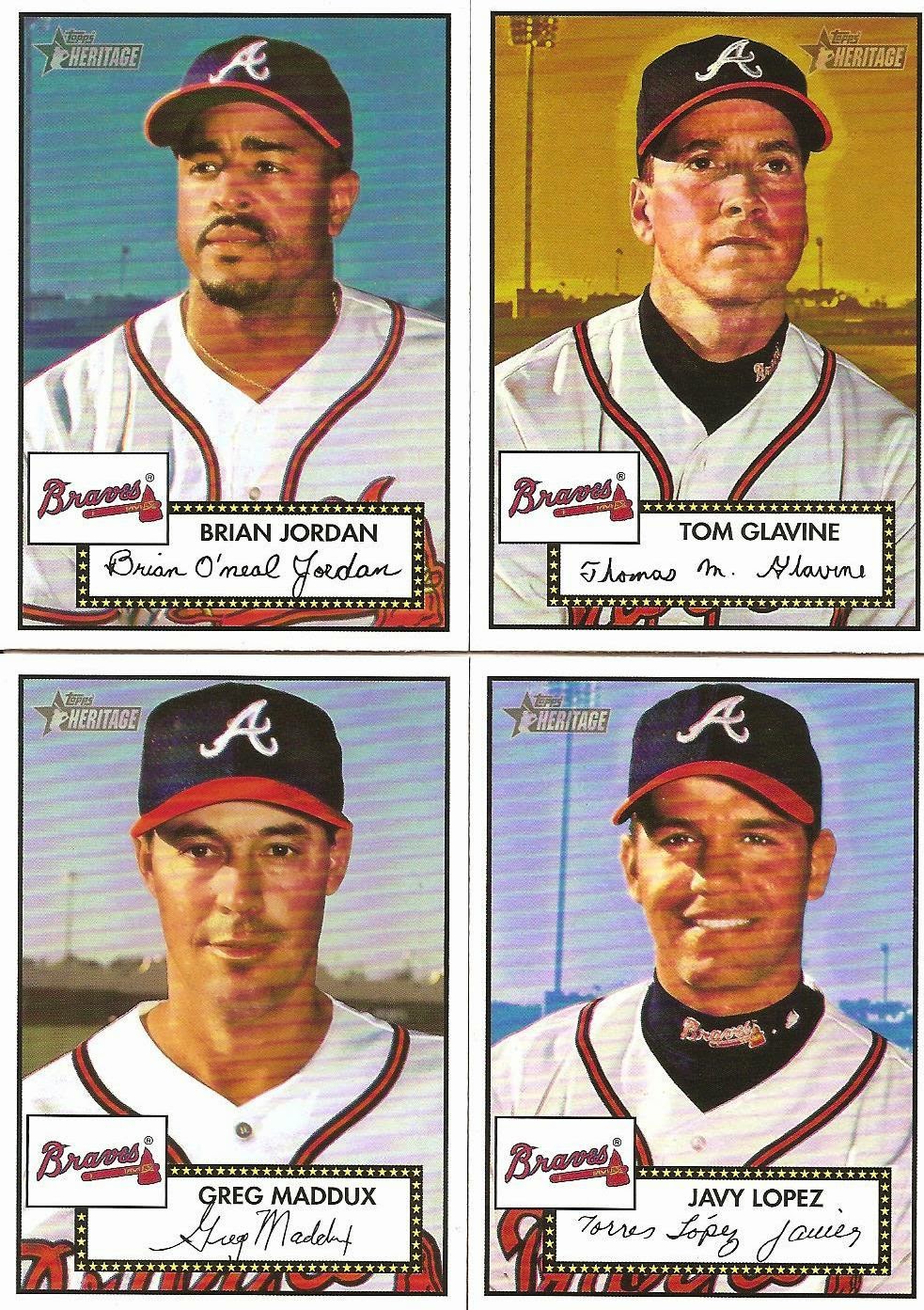 More heritage love. One red back and three black backs. I'm getting close to finishing up both Red and Black sets. 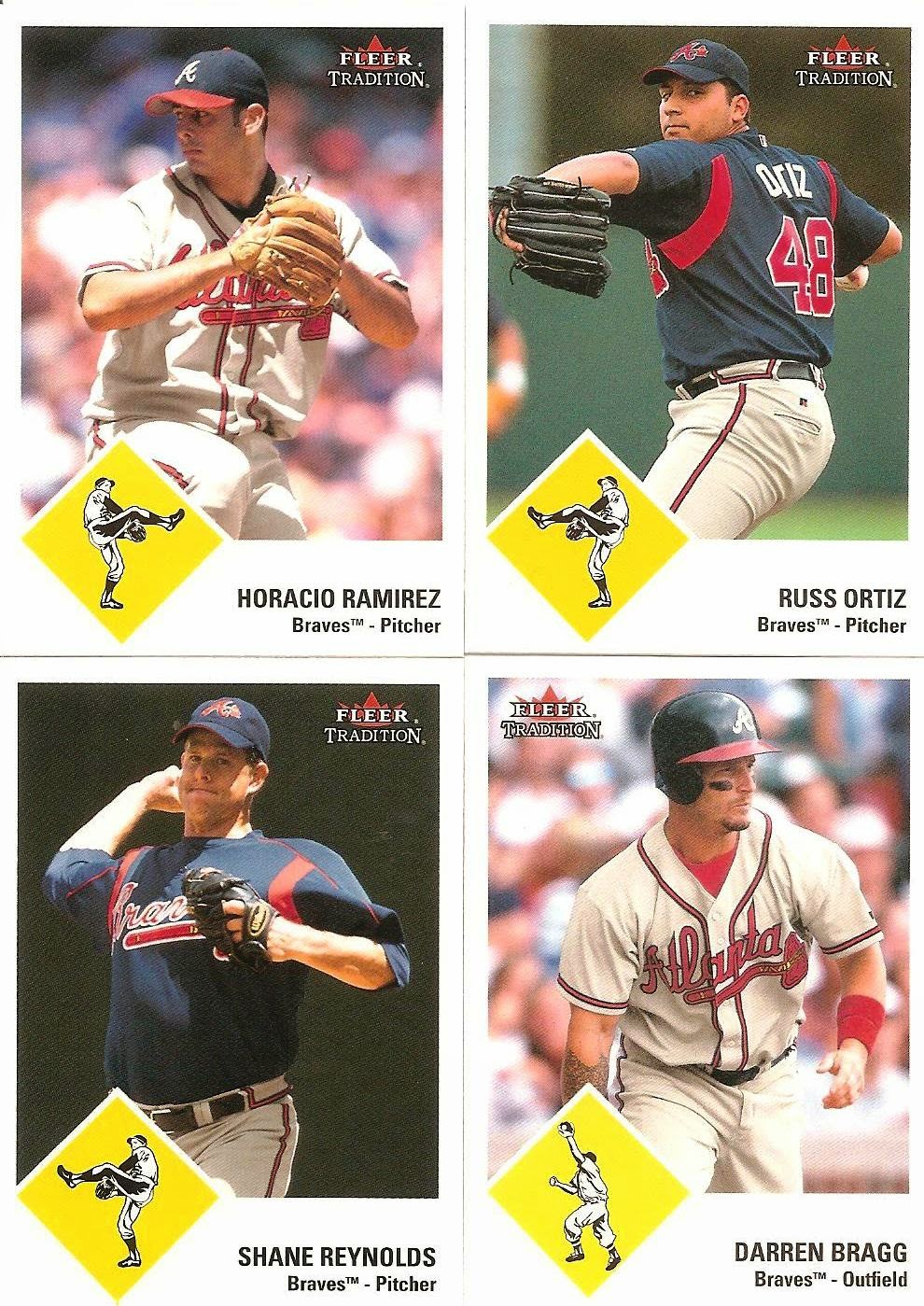 Slowly but surely knocking out those 2003 Fleer Traditions. 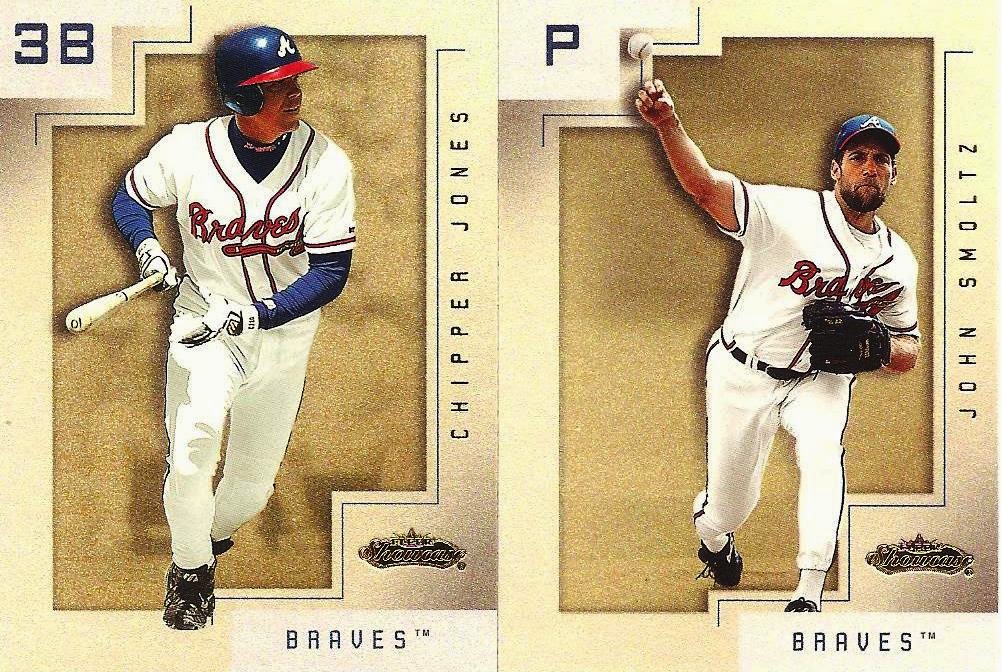 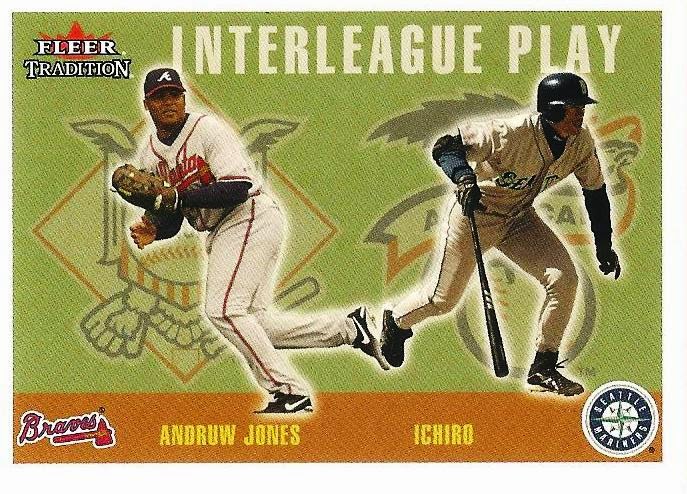 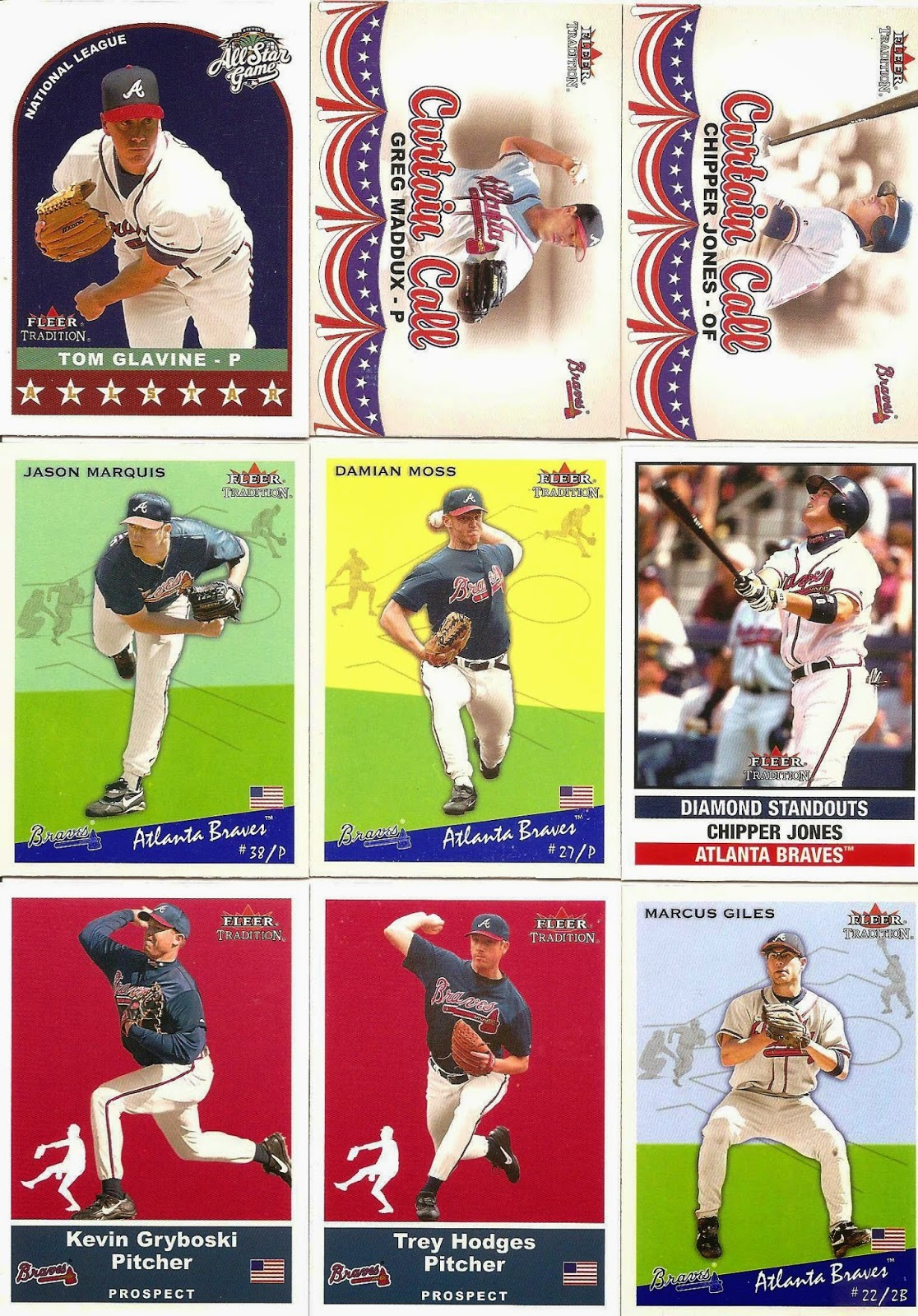 These 2002 would also fit nicely in my Flag/Patriotic Binder as well. Especially the Curtain Calls. I really dig those. 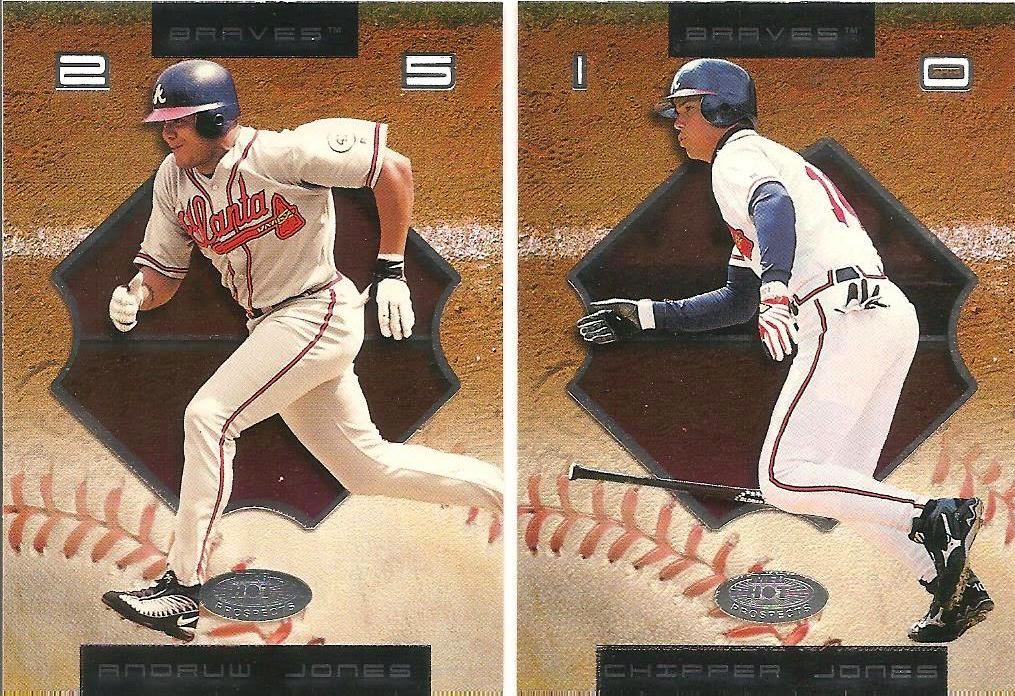 Never really understood why a card company names a set Hot Prospects and then puts in veteran stars, not that I mind, just saying... 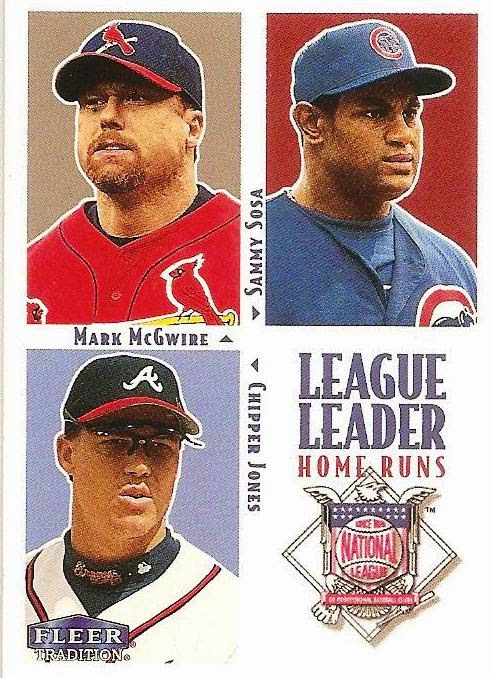 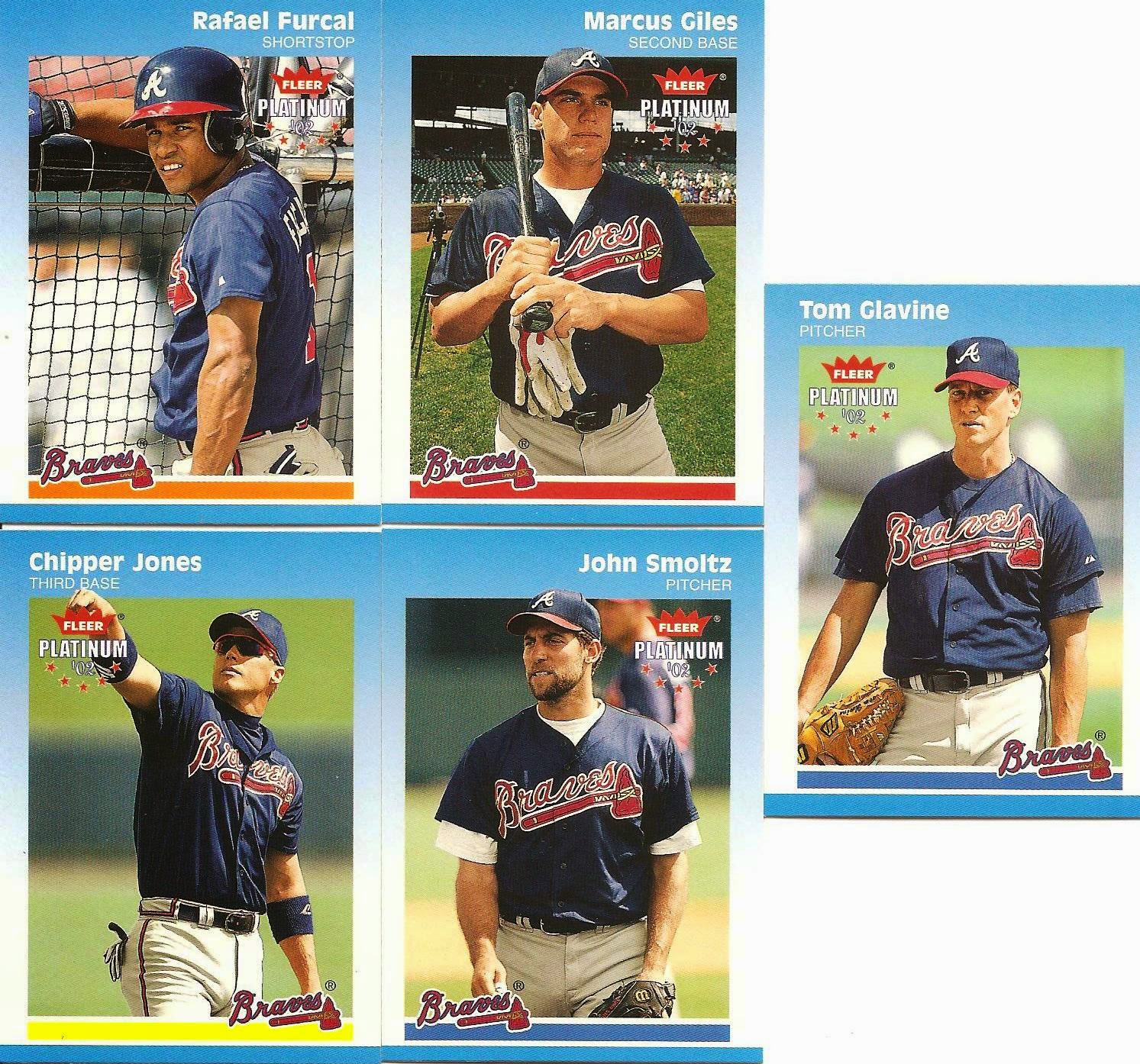 I always thought that this Platinum set was just the way I like cards.


Well that wraps up the surprise I got from new-ish blogger Tim. Thank you much for the awesome package, I hope you like the surprise and the Elway!

Posted by Johnnys Trading Spot at 10:24 AM