Back to the show cards plus the daily (weekday) baseball card giveaway..... Free cards.

Refresher: I always start out with at my buddy Fred's table/s. He had stuff from 2 other sellers he was handling for them along with his stuff. 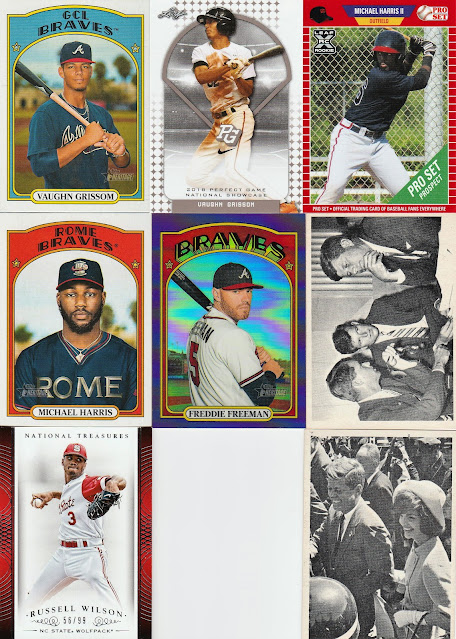 There are the two Braves Grissom cards that I paid way too much for. Not complaining though. (I mentioned the Heritage Minors Vaughn previously). I also mentioned that I scooped some amazing deals. The cards tonight were just an average deal. I have 1 more post to cover the other half of this "buy" from Fred. Not sure when I will post those yet. 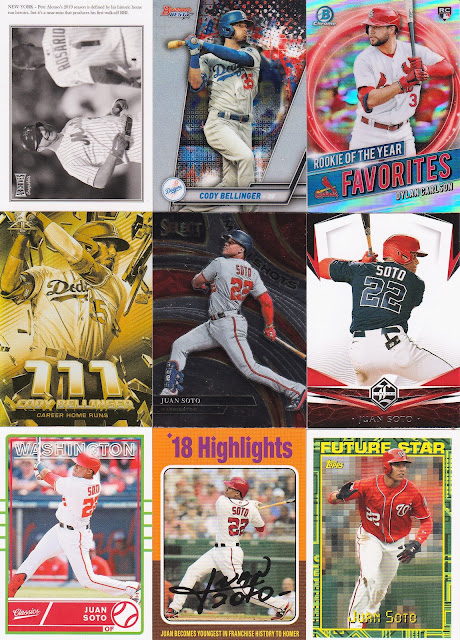 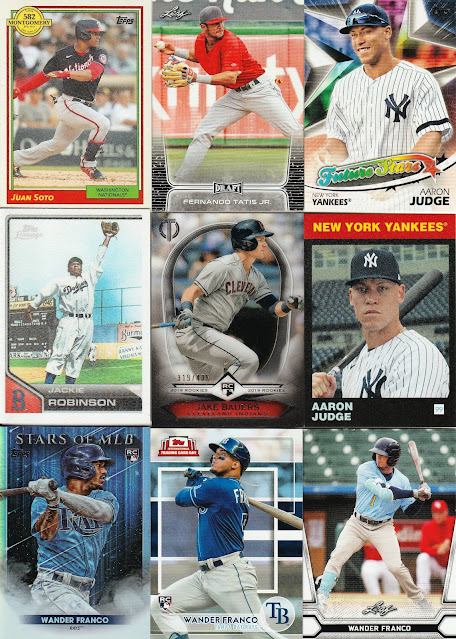 A trio of Wander Franco. 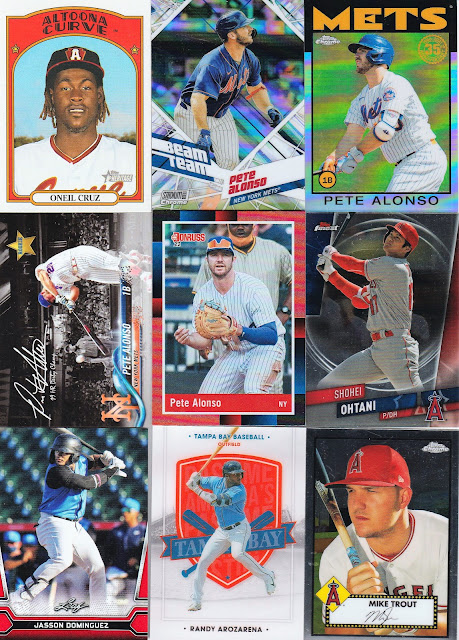 Now for some vintage. 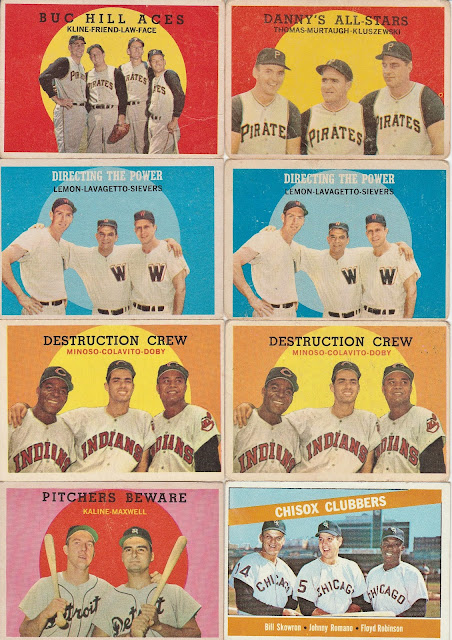 Yes, I know those are dupes.  Turns out that I only needed 1 of the dupe pairs. 3rd row 1 for set build (upgrade) and 1 for the Doby PC plus move the lesser condition card I already had to the Minosa PC. I put the Kaline in his PC. 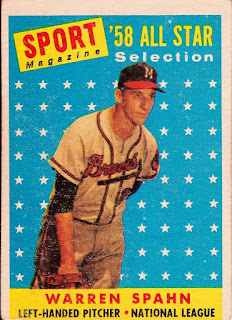 Couldn't leave this one in his glass case either. Turns out I already had one in the PC and the set build. I have to see if it upgrades either. 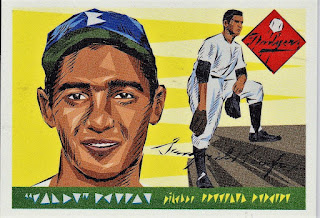 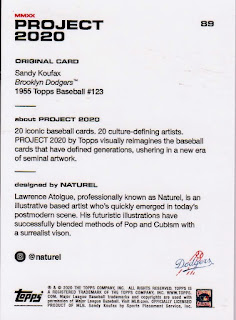 Now that is an Odd Ball direct from Topps. 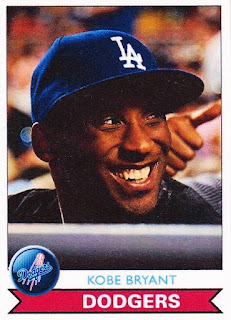 Fred thought this card was a stadium giveaway, but I'm pretty sure it is a custom. I grabbed all of the baseball custom/sort of customs from Fred.  Those will be in there own post.

Posted by Johnnys Trading Spot at 12:01 AM