There's a card show at the Big Top Flea market every month down in Tampa. Lasts for two days. A few years back it was a HUGE show, these days not so much. Maybe 20 vendors or so. Another set back on the show is that it is at the flea market in NOT an a/c (or heated) building. The trip last month was my 2nd this year. It is a very long drive each way (4 hrs from Valdosta). Not really my kind of thing especially for a regular thing. Getting up at 4 am and then driving that long, spend the day then drive back.

Anywho...... I glanced around once I got there last month, spotted a guy (the host dealer) in the middle. He had the largest section and selection. I sat down, started the small talk and found out that the 40/50 monster boxes were all cards he ripped from boxes/cases and dumped into the boxes minus the cards he knew were "good ones".  I asked how much they were and he responded .20-.50 each depending on the cards. I normally don't like that as then they are going to sit there and through each and every card once done. I always grab thousands, so that made me hesistant. As the conversation grew I made sure he knew I what I was talking about. I wound up spending 99% of my time going through those boxes, pulling over 3,000 cards. More like 3,200 cards. 5 hours of pulling and I know I was grabbing a lot of dupes, but you'll understand shortly. The dealer also sets up at the flea market has his business there every weekend at a regular booth. Sure enough he took about 40 minutes going through those cards at the end pulled about 200ish out, said those must be .50 each, and 5 cards he said no way. One was a $40.00 Ohtani RC variation that he needed personally along with the $8.00 counterpart. To shorten this story up, I brought everything home except the $40.00 Ohtani, including the other no way cards. We negotiated a good 15 minutes back and forth. Finally, I paid $325.00 for everything which means in the end, the cards were a dime a piece. So what kind of cards did I get....

I'll start out with new to me Braves. 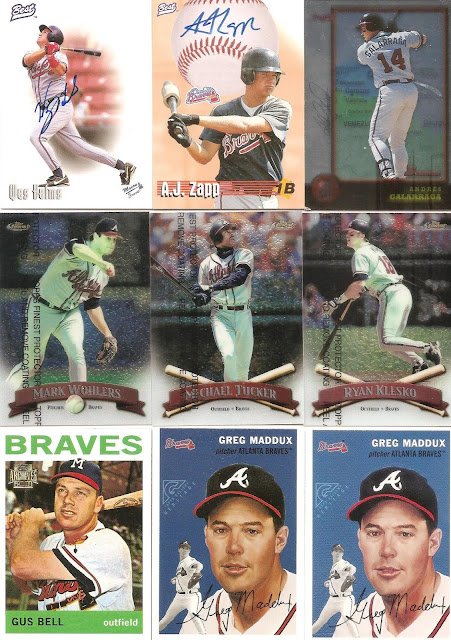 One of those Gallery Maddux's is an Artist Proof. 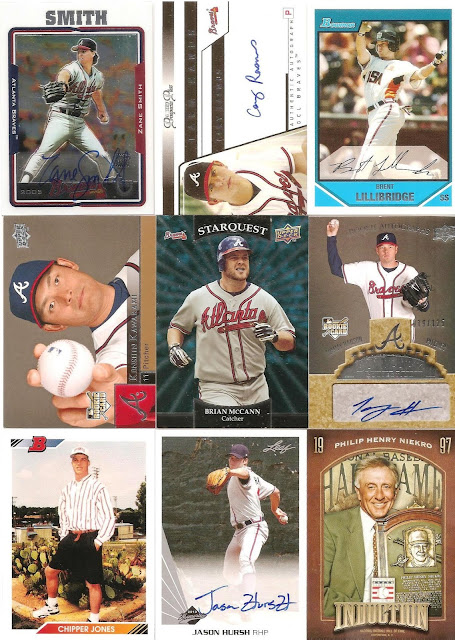 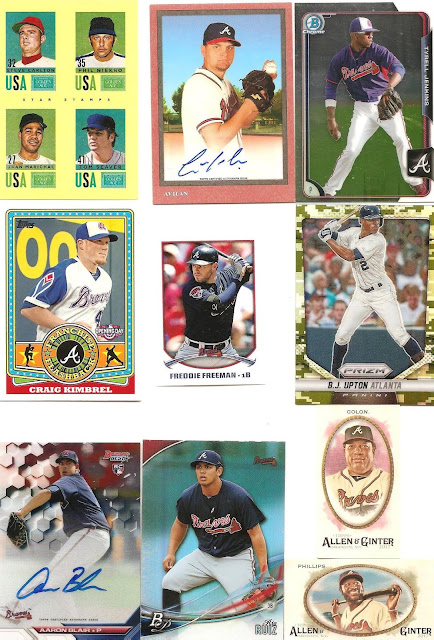 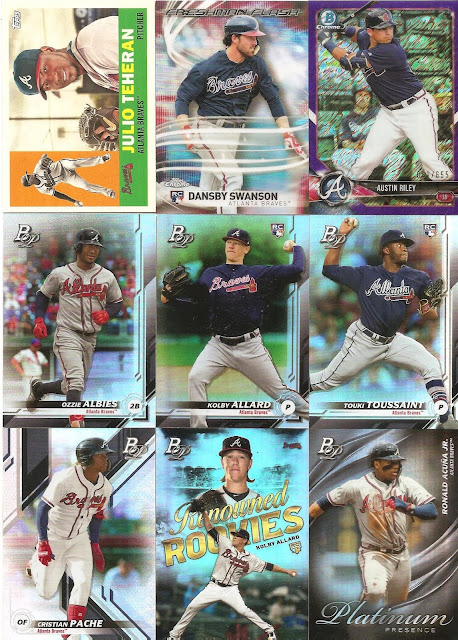 New cards included, like the up and coming future stars of ATL. 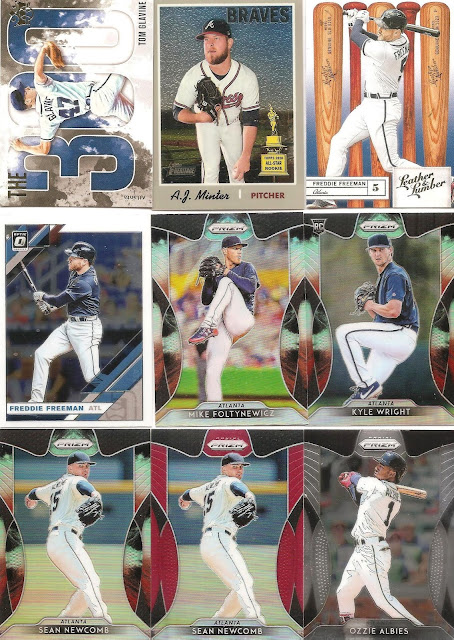 I grabbed a ton of those colored Prizm cards. 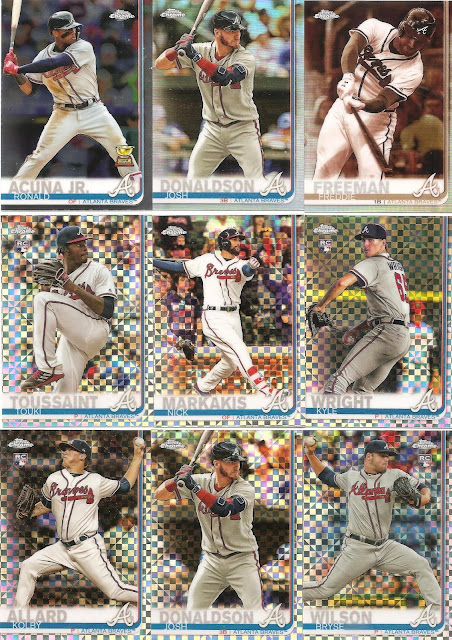 A dime, WOW. Of course the refractors above and Acuna Chrome RC were cards that he originally pulled aside. 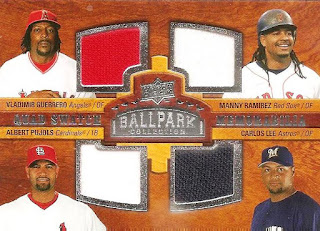 First, this card was not part of that deal. This one I picked up from another vendor as I  was leaving. $5.00.  All 4 players are PC guys, which makes it problematic as to which binder to put it in. I typically go with alphabetically, so that if I have a dupe it's easiest to move it to the next guy. 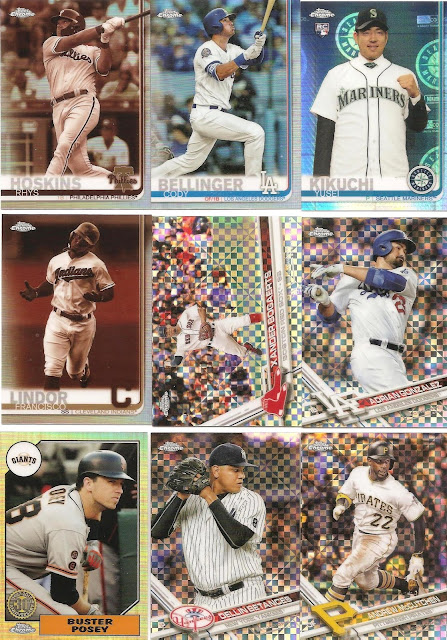 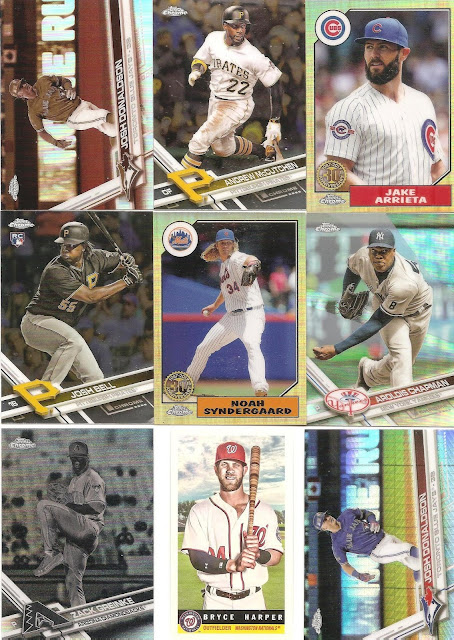 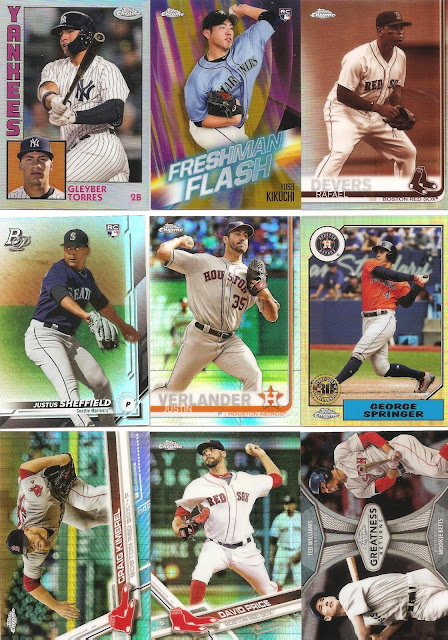 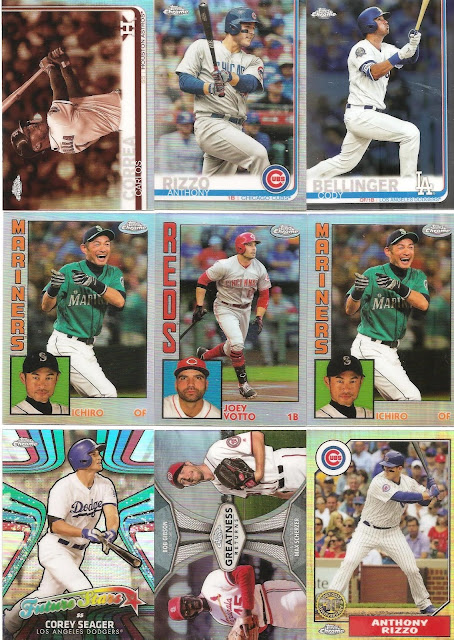 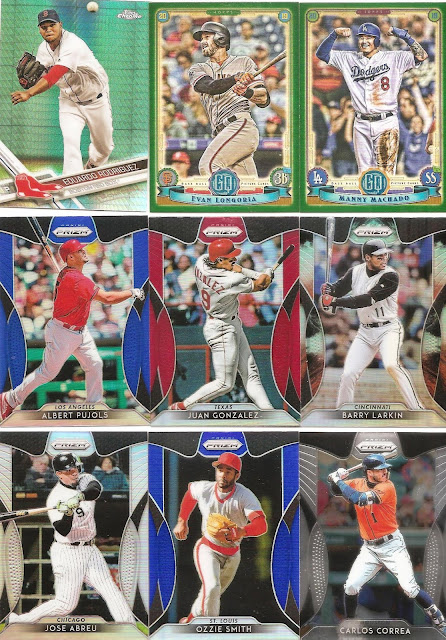 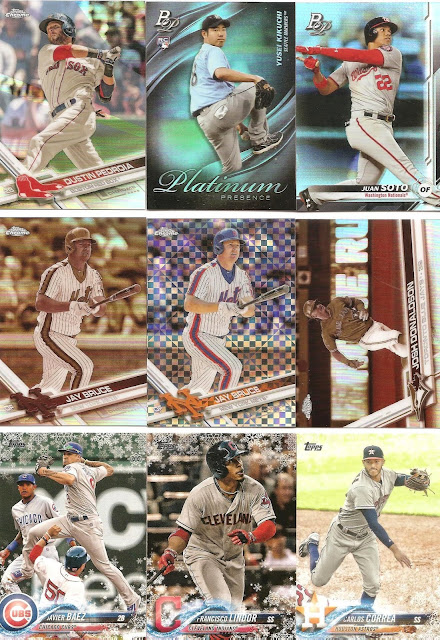 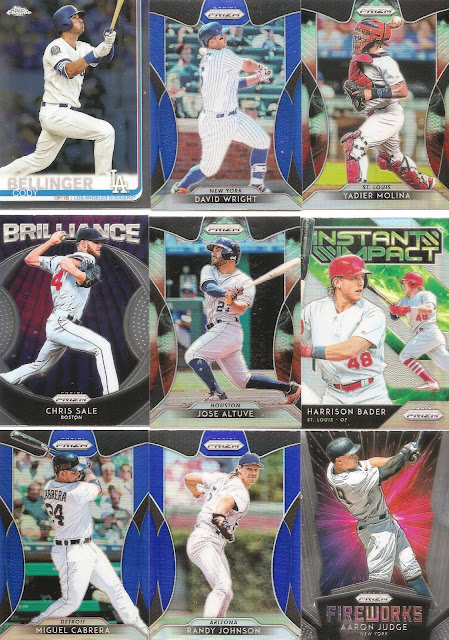 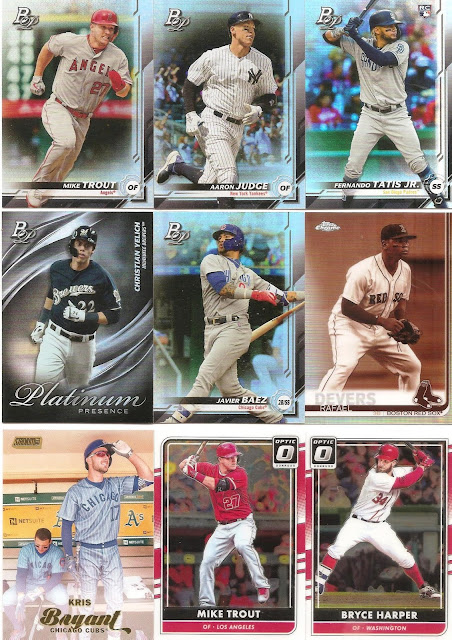 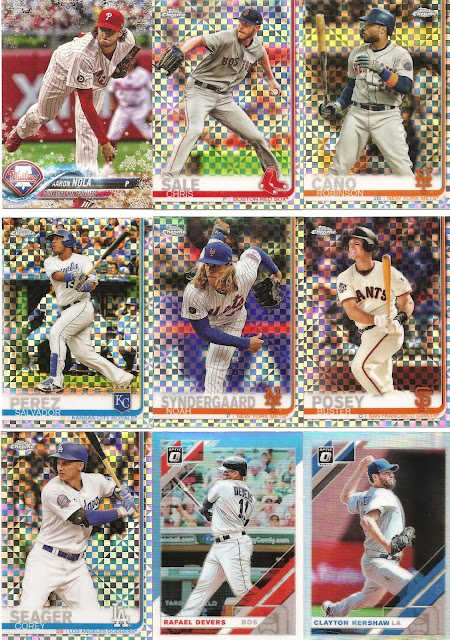 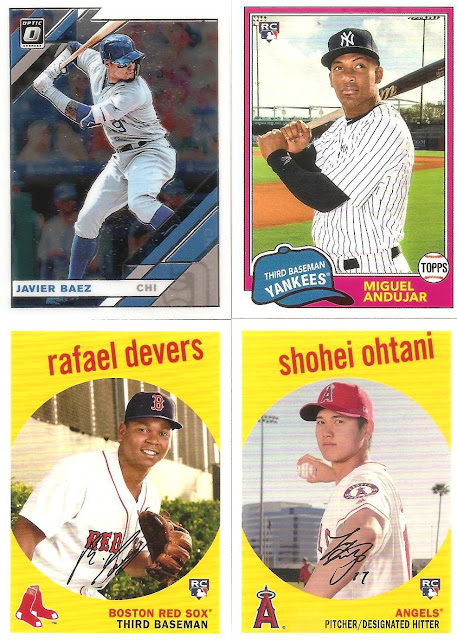 These last 4 cards are from the "no way" cards. That is the $8.00 Ohtani mentioned above. Sure would have been SUPER SWEET to have been able to hang on to that variation too. But, in no way can I complain, other than the 5 hours I spent bent over those boxes and the drive down and back.

Knocked out the Tampa post in one shot! Ahhhhhhh.

Have a good weekend. I have to drive home to take care of some business tomorrow. I'll be leaving during the storm that is rolling in overnight. Ugh..

Posted by Johnnys Trading Spot at 10:02 AM