First things first. Go to Collecting Cutch and enter another of his contest Save the Boobies

Let's cheat. Instead of doing a weekly (Monday) post of that binder, I will be randomly posting the pages in order of course. I will show page 1 & 2 of the 1957 Binder I picked up last month. 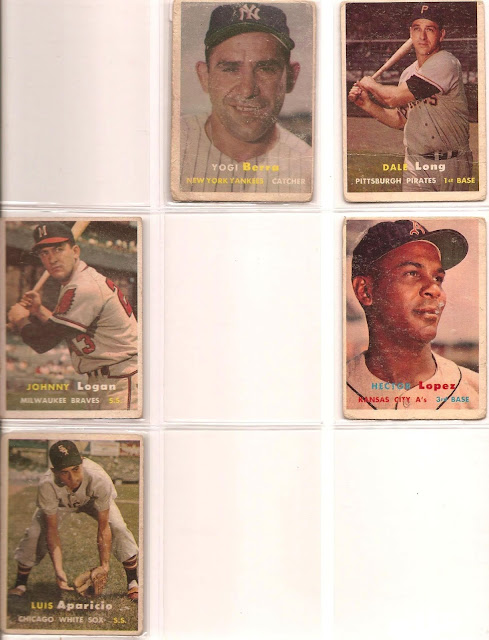 Before I bought this binder I had a total of 58 cards from this set. Most of those were not in the binder as they were aquired while I was in Valdosta and are sitting in some of the hundreds of boxes marked set builds that I've picked up over the last three years. I did wind up with some that my "working sheet" says I had, hopefully they will be upgrades if needed. 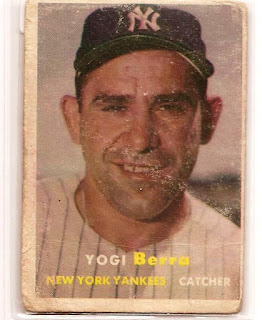 Surface issues and soft corners are Yogi's only problem which is a 60/55 percentage (Yogi math). 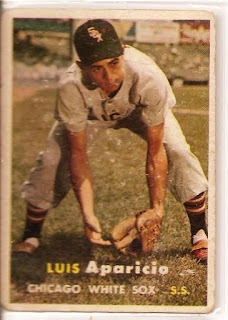 Another PC player of mine. 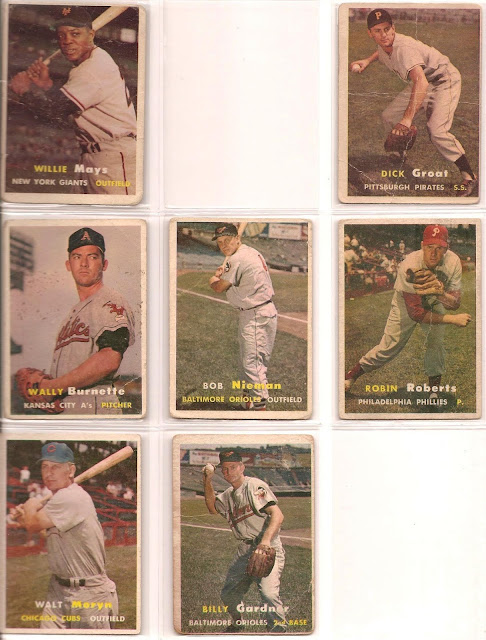 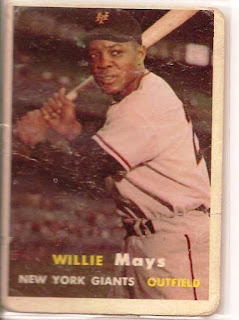 Mainly surface issues and soft corners again with this HOFer.  No creases or writing which is a good thing. 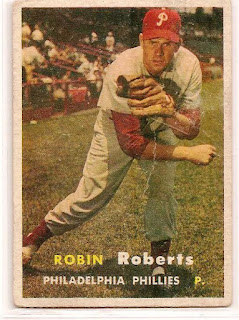 Roberts card has a scratch in the middle, otherwise pretty nice.


I did mention in a previous post that there would be a contest. Pay attention to the 1957 posts.