My second stop at the Villages card show on Sept 7 was the three 2005 Topps  series one 1st Edition boxes I mentioned not long ago. I also picked up a huge stack of "stuff" for $10.00. More on that in a minute, and I also paid $10.00 for three Braves figures (2 Chippers and an Aaron). No scans of anything from this dealer, but that stack of stuff consisited of about 100 binder pages filled with cards, plus 2 binders of junk wax, an 1987 Topps complete set, and a 1600 count box of misc cards. All for $10.00, what a deal, right? Well, I stopped by the flea market on my way to my house after the show to see my buddy Bob. I told Bob, he owed me $50.00 in trade. This was ten of it, and I got to take out some stuff I wanted to keep and/or send to a trading bud. Now, let's move on to the vendor #3 which was a pair of brothers (in their 50's) selling their collections. Not really dealers per say. This is where I picked up the 8,000 cards. Also noting that turns out these guys both live a few blocks from my house. 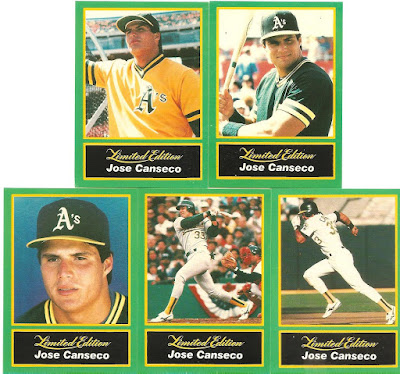 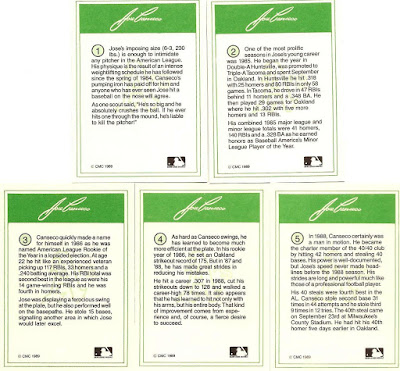 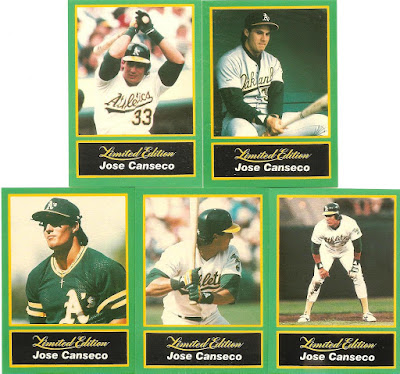 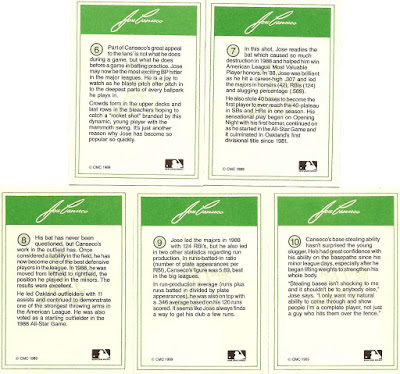 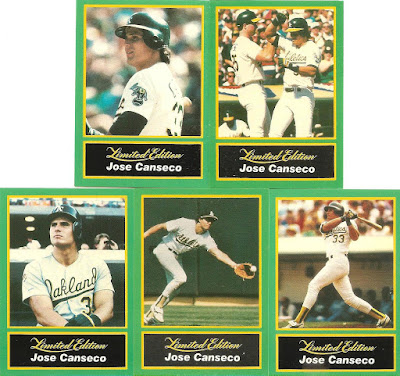 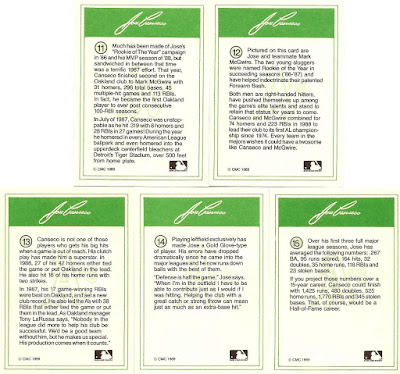 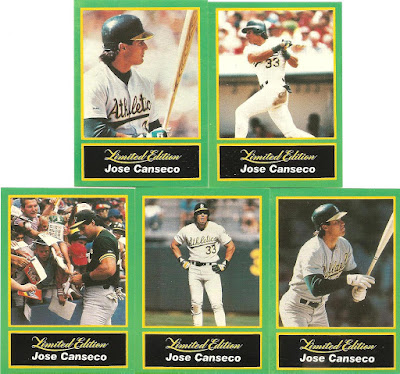 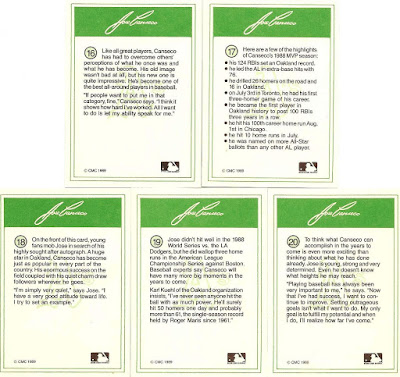 This cheap 20 card Canseco set is just an appetizer. I also got a factory sealed set of 1999 Topps too.Like I said, I bought 8K cards from these two brothers. I spent $180.00 with them for cards for me plus another $40.00 on two Binders of the original Pokemon cards for my buddy Bob. That is the $50.00 I mentioned above. I'll have a short post on what I got (so far) from Bob. Now, let's look at some good stuff. 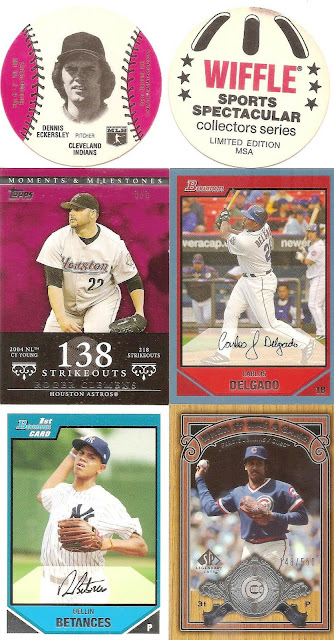 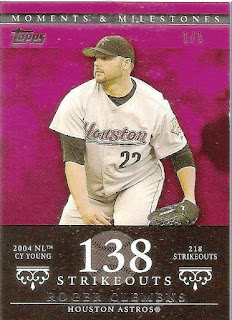 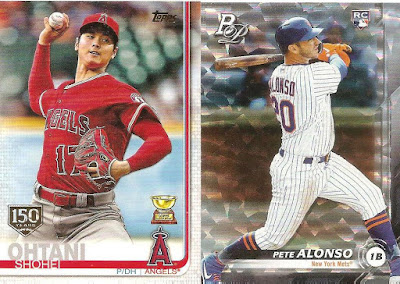 Parallel super stars! Now, The 8K cards weren't all like that as the majority of them were for set builds. The scans tonight are the highlights. 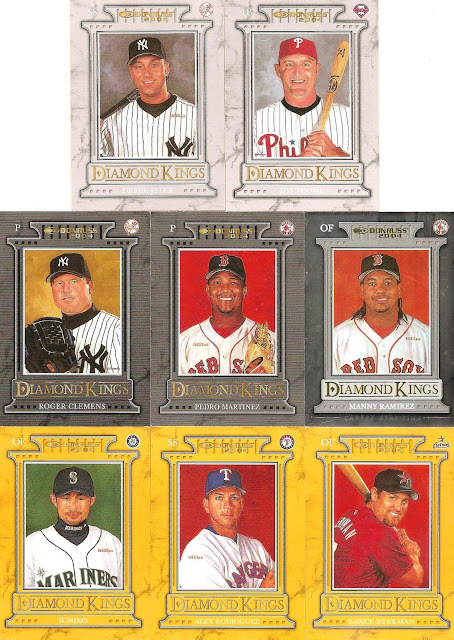 Nearly the entire set of 2004 Donruss plus a ton of inserts like the DK's above (and below). 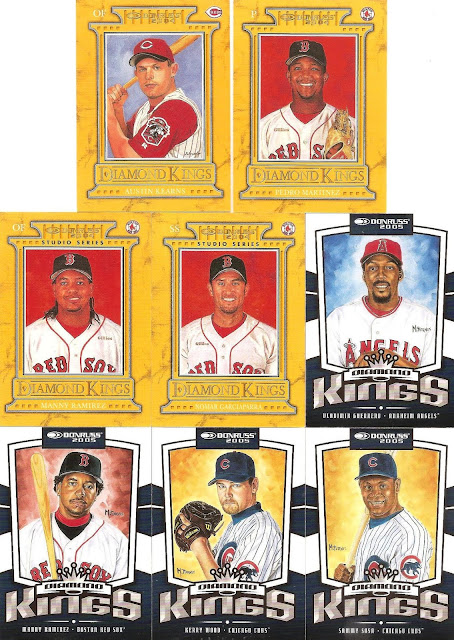 A couple of Studio DK's too. 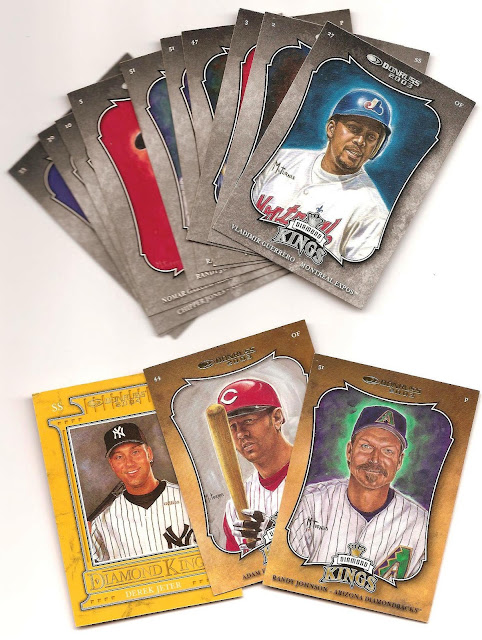 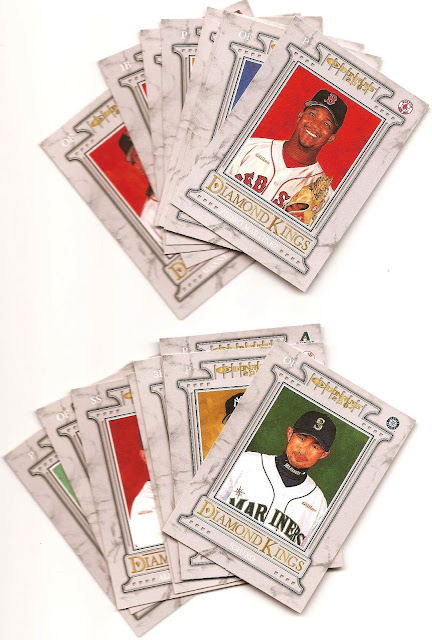 A whole lot of Diamond Kings base and inserts. 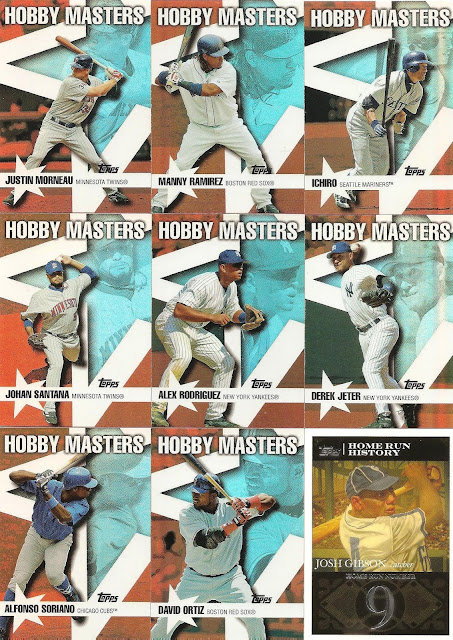 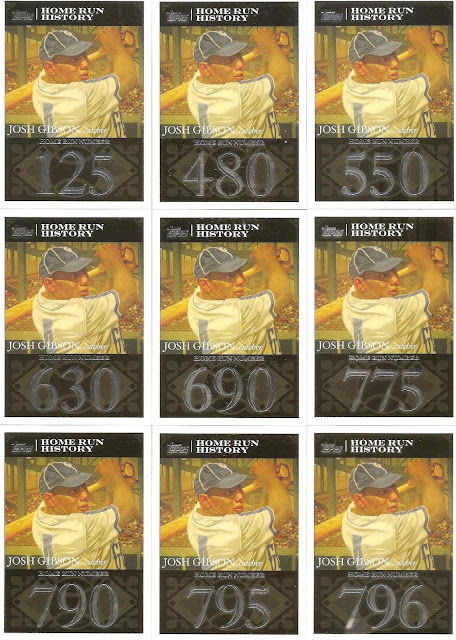 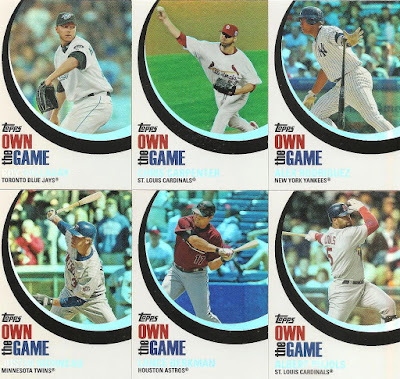 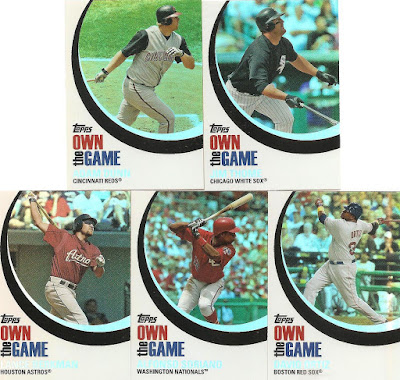 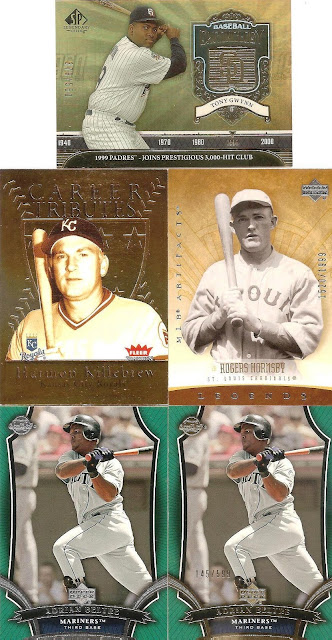 A lot of high end sets. The Beltre on the right is a serial numbered parallel. 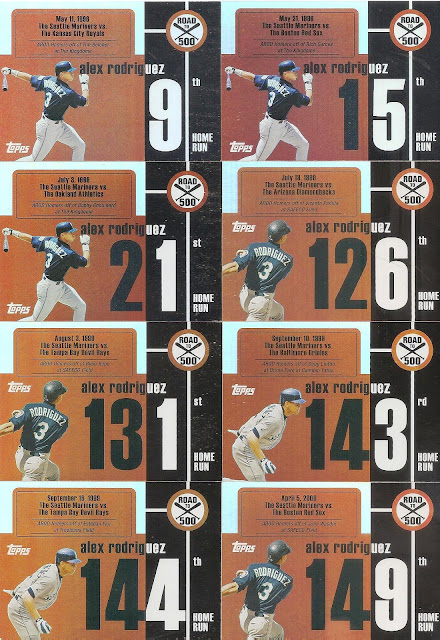 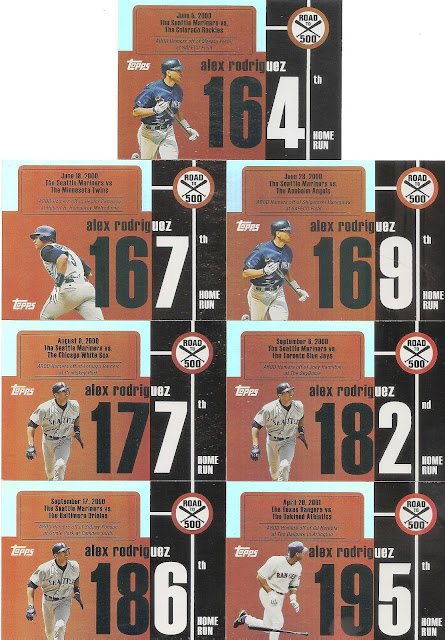 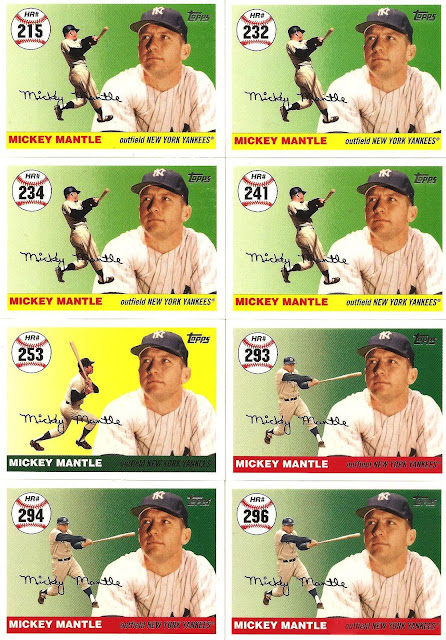 and Mickey Mantles. Like I said a whole lot of greatness in the boxes. A lot of cards for the PC as well and a bunch of set build needs.


My 4th purchase was a small one and we'll see that one tomorrow night.

Meanwhile Gavin is hosting a CONTEST over on his new Music Blog. Check it out Gavins Contest