Who won the Braves contest?

I know who won, it was........  Ha..... You gotta wait and read it in the post.. Let's look at the Braves that were needed for the Team sets from the first batch of  Braves (working on another batch sitting around 1,000 right now). 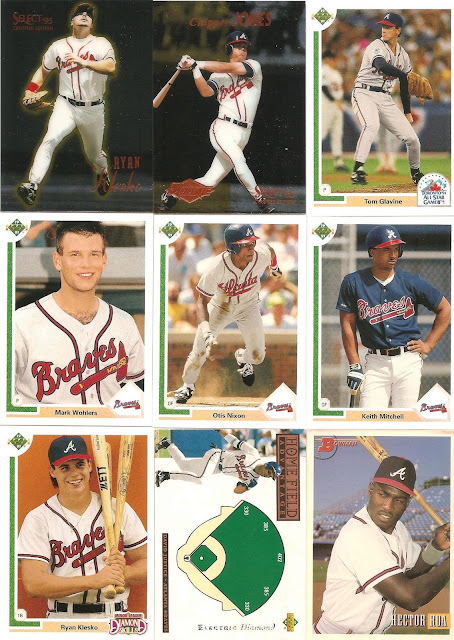 Those 91 UD are from the Final Edition set. 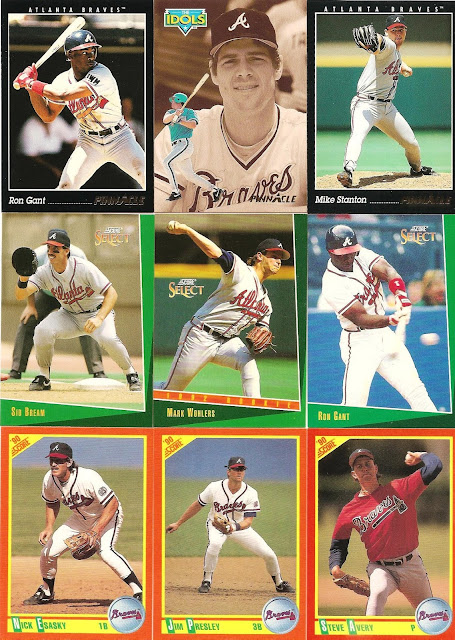 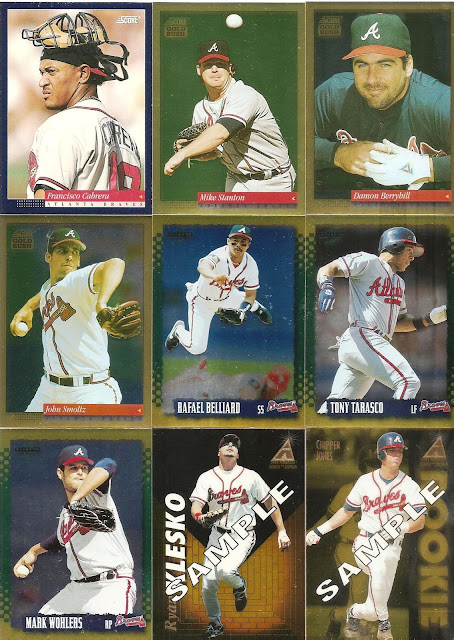 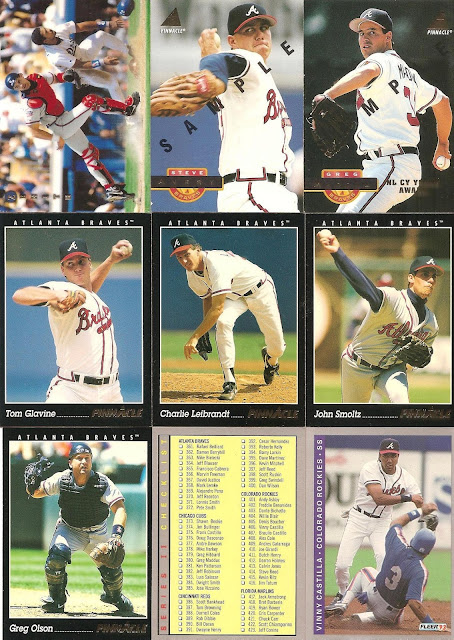 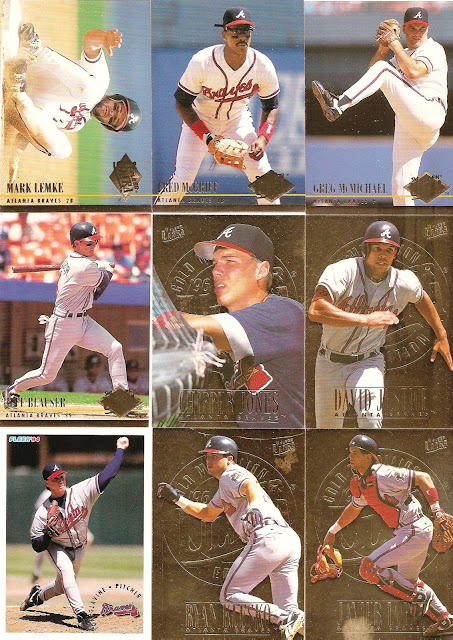 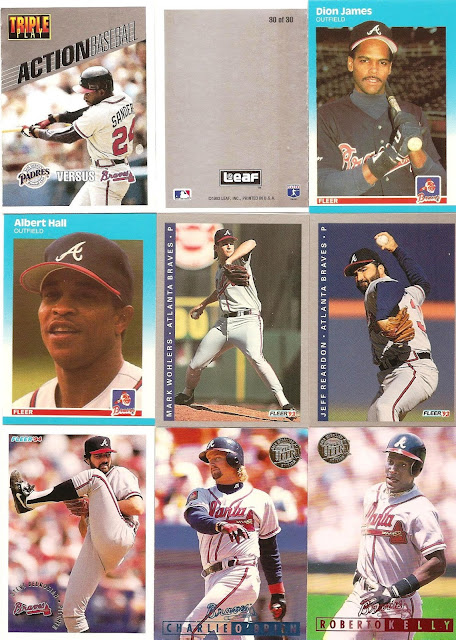 The reason why that 1993 Triple Play action is turned around is because it only has the Braves logo on the front (and Joe Carter), but what the heck. 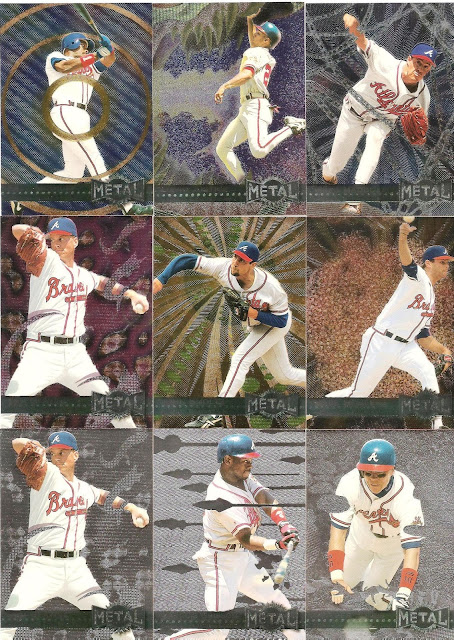 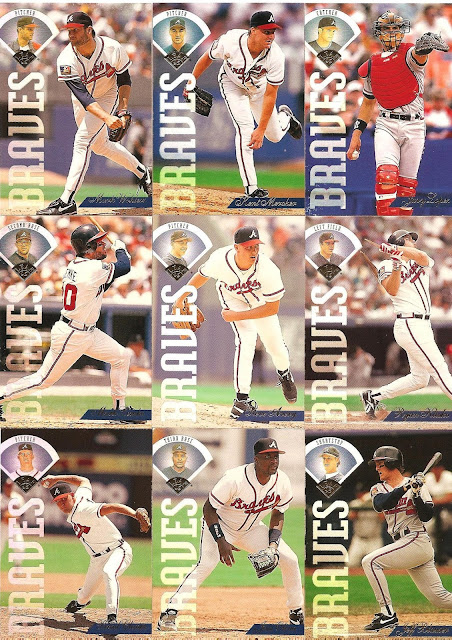 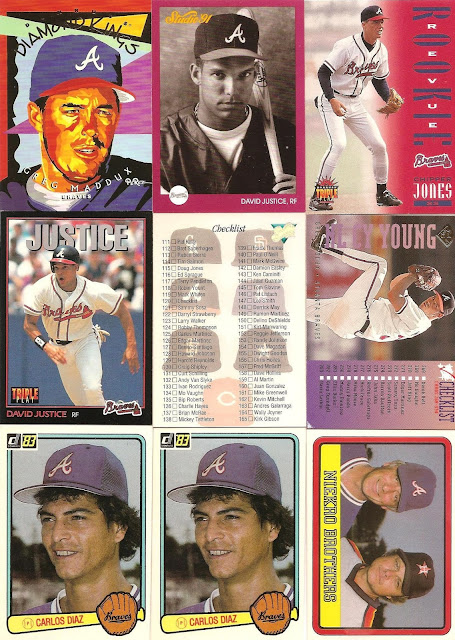 First I didn't count that 83 Donruss Diaz twice.  The Studio Justice is the Preview. 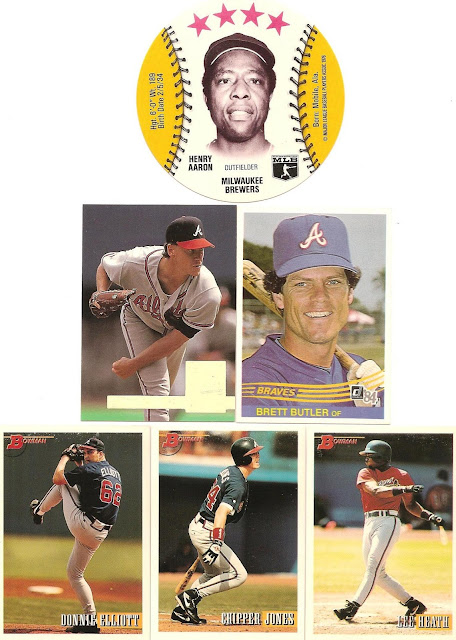 Always nice to get a spare Aaron Disc. Remember I had gotten a sealed set. Now I have one for the Braves team set and because it is an oddball will wind up in the Hank Aaron PC. 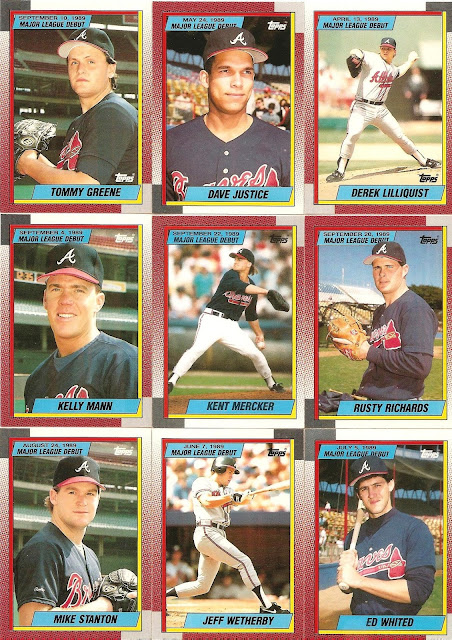 I have no idea why Topps did their Debut sets they way they did. For instance this is the 1989 Topps Debut set yet it has the 1990 design.  Oh well, we got a case of these sets and Griffey one of the recent Hall Inductees is in the set. 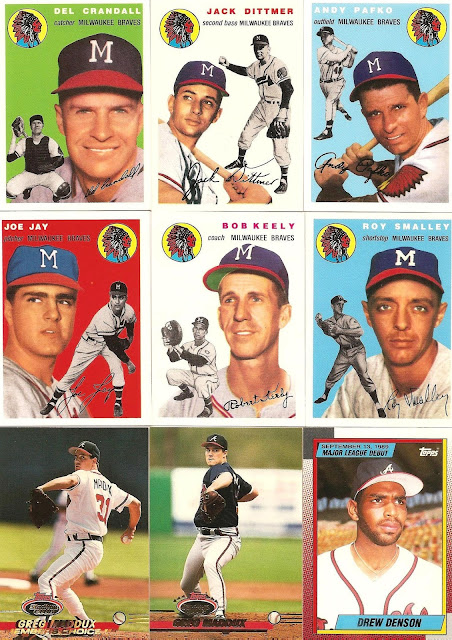 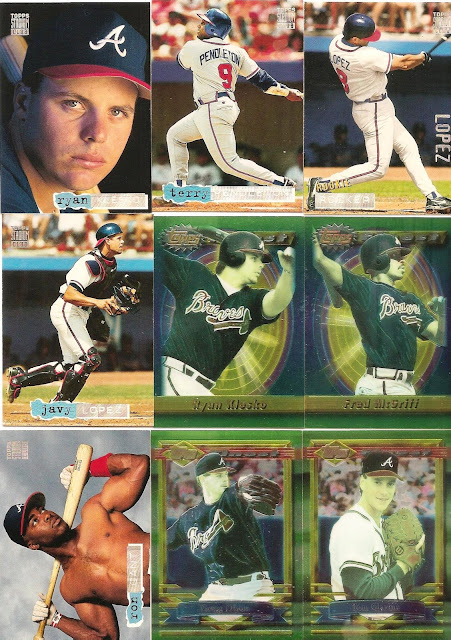 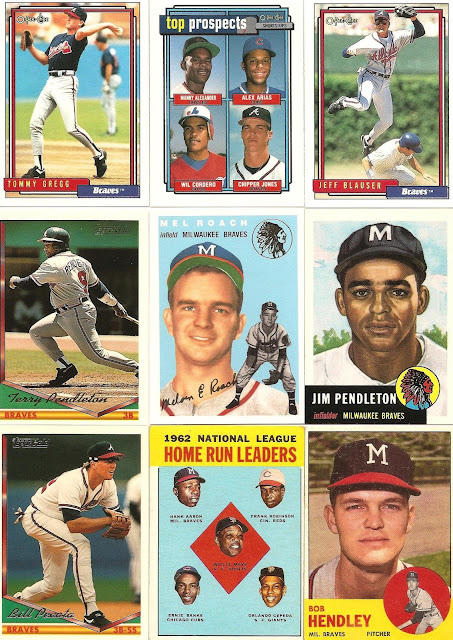 1992 OpeeChee. Box Correlation sucks! I got 6 boxes of them in this lot, and still came up short on the set.  I was hoping to keep 3 of the them as they have pretty cool bottoms. One of which is the Braves, the other 2 were Blue Jays and Twins I think.  I do still have the empty boxes though. And YES those are a couple more vintage Braves on the bottom row. Those 2 in the middle are from Archives. 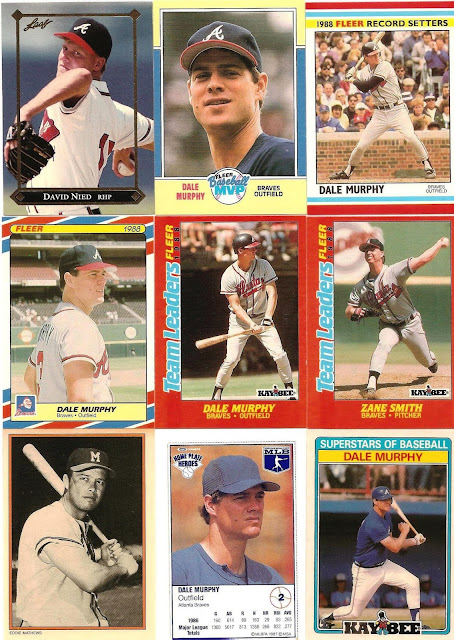 As you can see a lot of the oddball sets which I got plenty so I opened one, kept one set or a few sets..  lol. 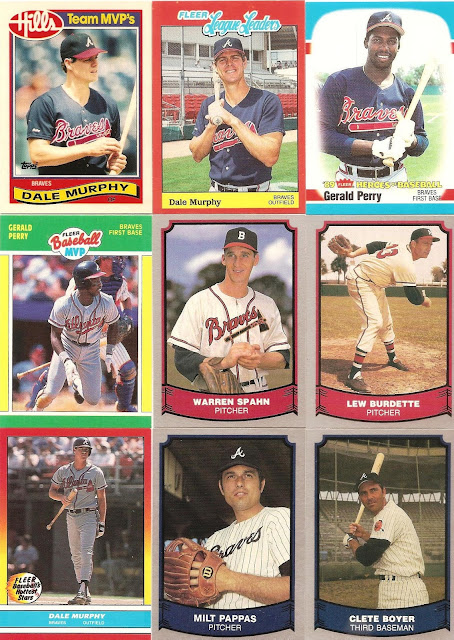 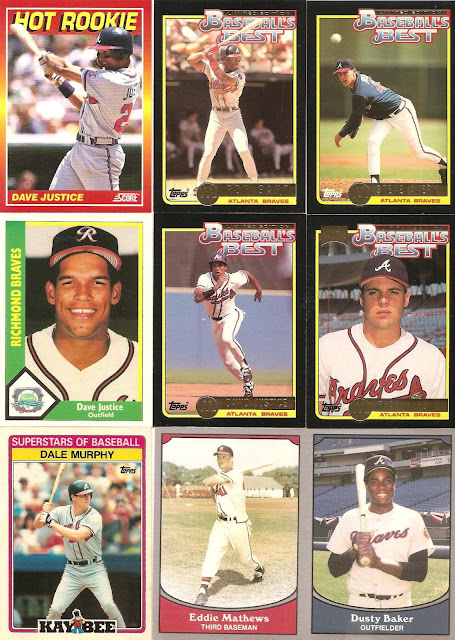 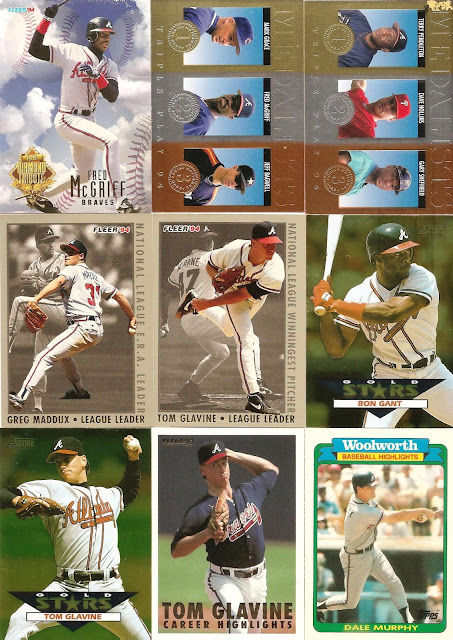 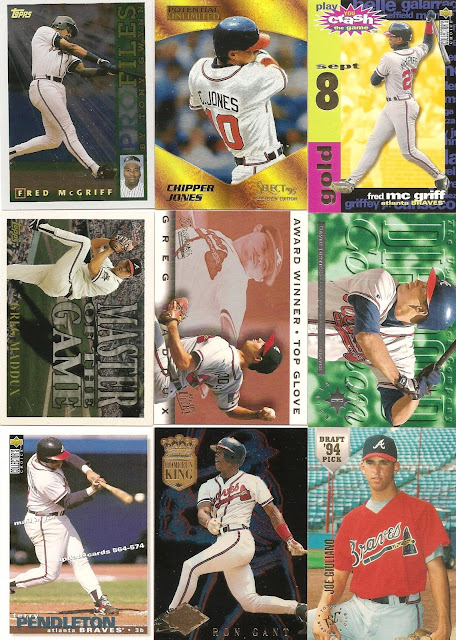 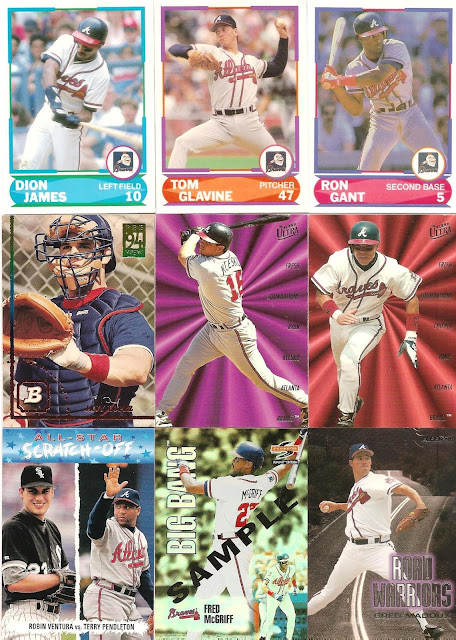 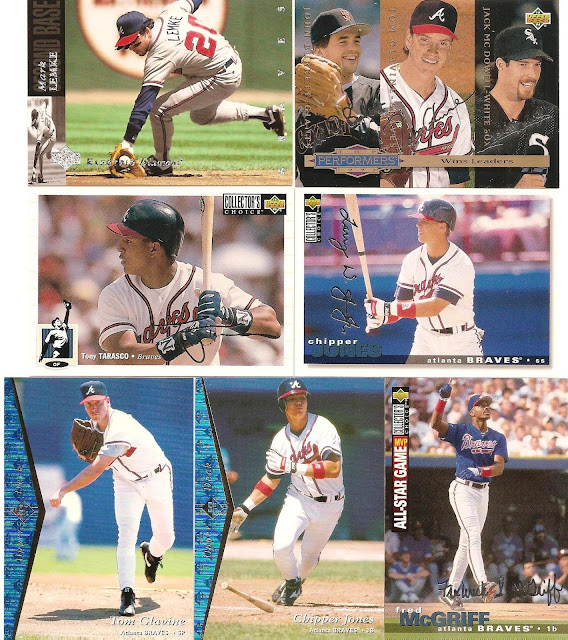 Silver sigs, electric diamond and a couple of SPs. Nice way to wrap up the needed Braves, but wait.... 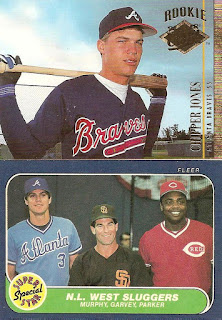 These 7 were upgrades for ones I already had.

And the finally don't forget about the 1970 hank Aaron (with the tape) I posted in the first run of this series giving us a total of 192 Braves needed for the team sets.