Moving in a different direction for a few days. Along with the massive amount of cards which were close to 50% non sports cards there was 37 cases of Brand New (albeit older) Beckett magazines, a few First year Tuff Stuff's (they were like newspapers), and some Non Sports Collectors magazines. Now we threw away about a dozen cases that were Racing, and Bob really doesn't care much about the others either. But hey they are MINT and lots of Great Super Stars mainly baseball, and on average there are apx. 5-10 issues of each magazine sealed in a plastic bag. I won't be showing those here on the blog though. 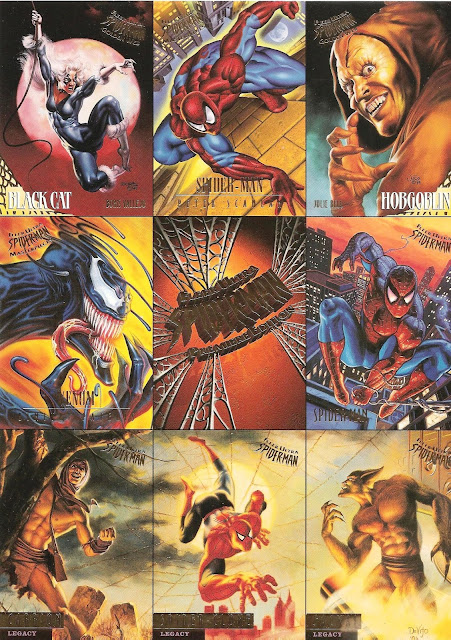 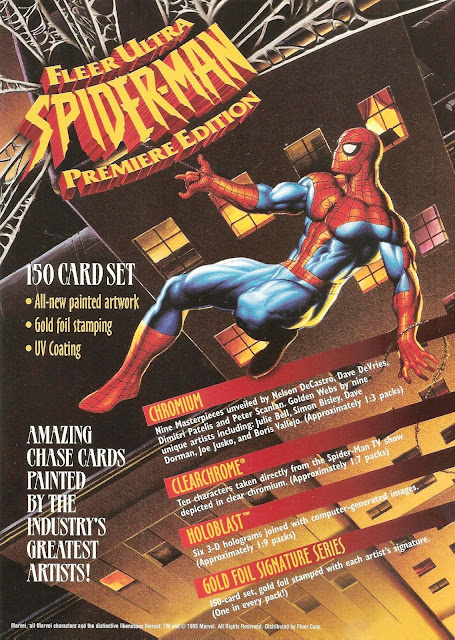 the back of this one looks pretty cool too. What I will be showing for several posts this go around and MANY MANY MANY more later on in the year wil be the "FREE" cards from inside the sealed Non Sports magazines which are for the most part Promos. 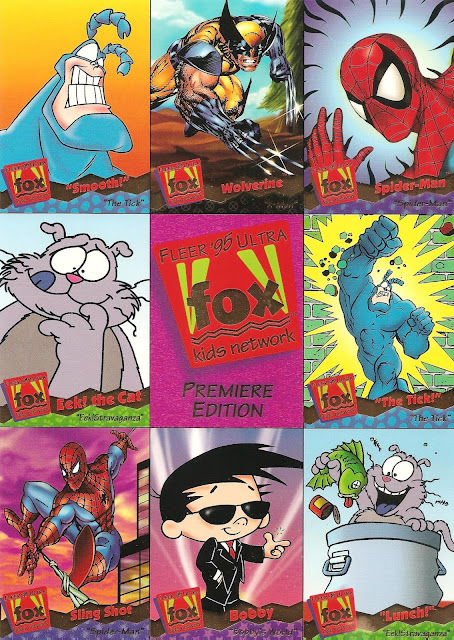 There are several copies of most promo panels and cards so for anyone interested in them they are available. 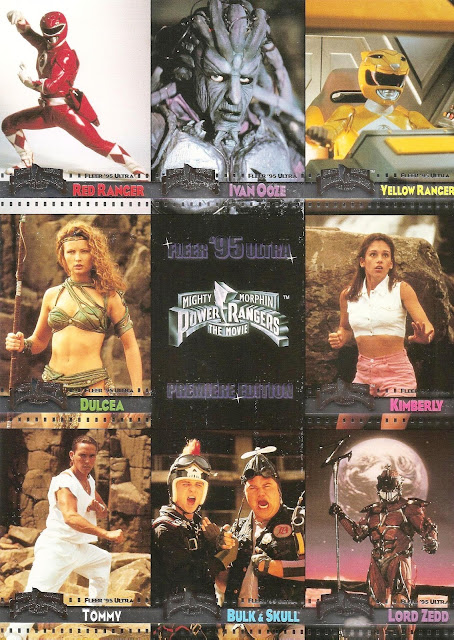 What is really funny about this one is the day after I pulled this one out I watched the movie on HBO. 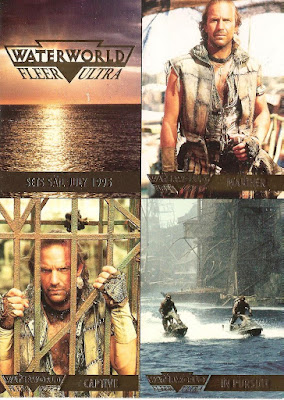 Some 4 card panels. Showing front and back for WaterWorld. 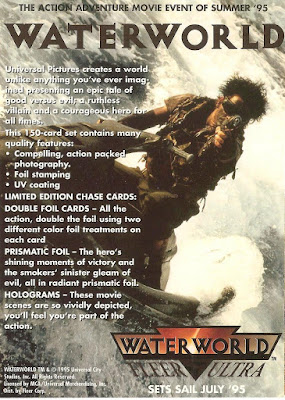 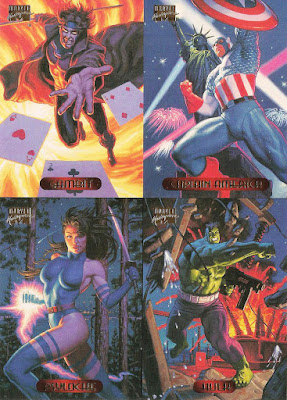 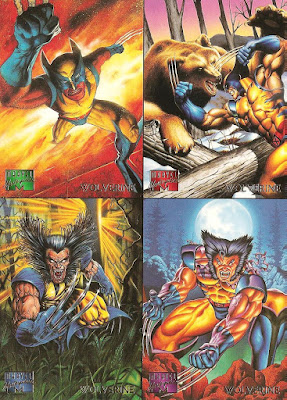 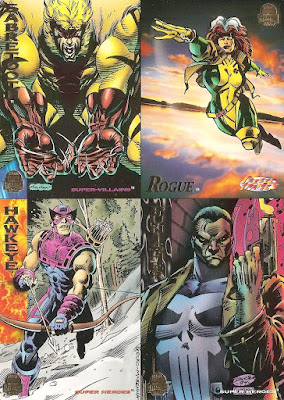 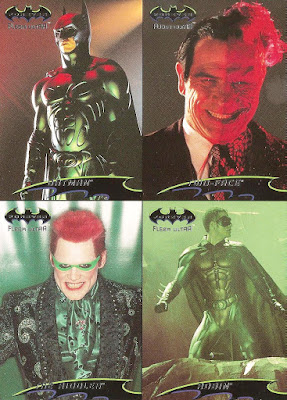 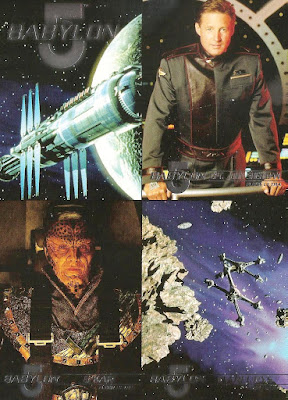 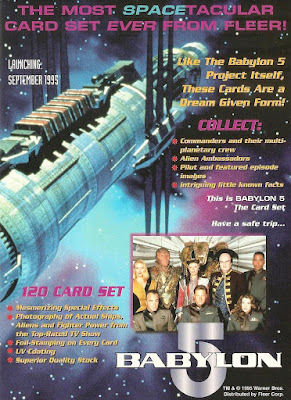 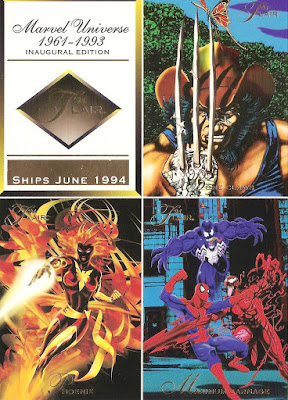 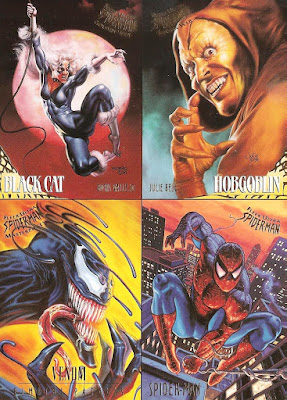 Now for a single or two.

This one would great as a book mark. She certainly was amazing back in the day. 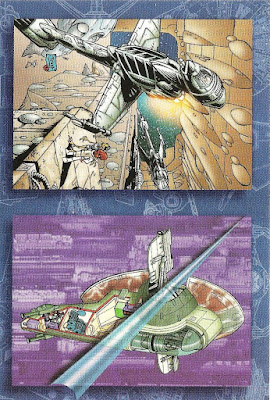 I didn't think much about this one. More like hardly any thought went into producing it. 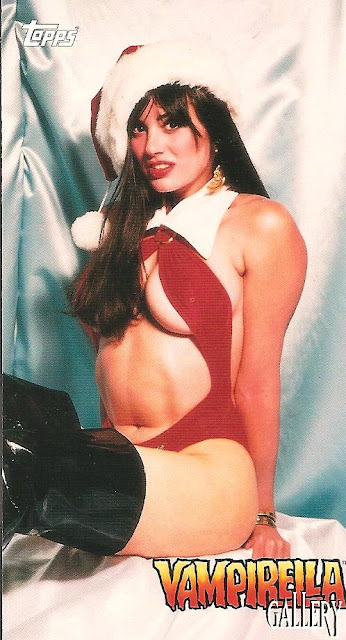 This is is already packed away for the Christmas post. In fact I may very well have to do a week long Christmas run this year with all of the goodies I got. 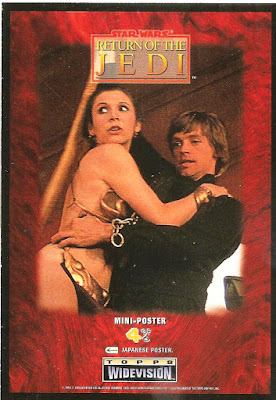 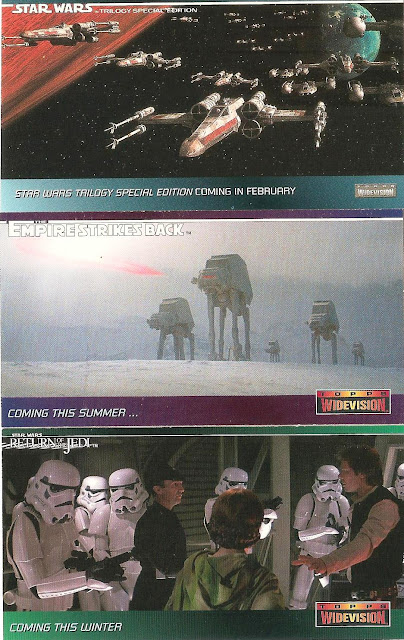 These 3 are actually singles.  Got lots of these sets and base cards etc..  Lots of Star Wars and Star Trek too. 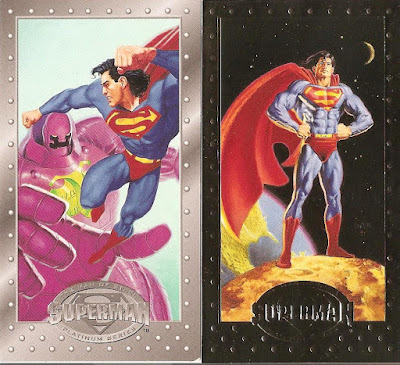 I think this maybe a good place to stop for today.