Well after seeing so many base cards in the Blaster battle, I decided to cut those out of the Pack Wars and just go with the inserts from the packs. 11 packs had zero, nada, el zippo for inserts so we are looking at inserts from 19 packs. I will be matching them up and calling the winner from each pairing or group.

First up: A pack of Leaf Pete rose cards (not really inserts, but ....) 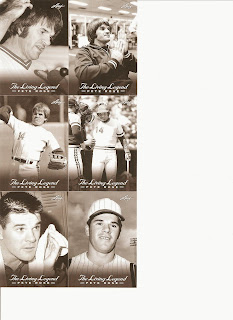 The winner is card #1. Pete has about 4 microphones in his face and he is scratching his head trying to think what to say. You can read it on his face too.

Next we have serial numbered to 999 Ultras Gold versions. 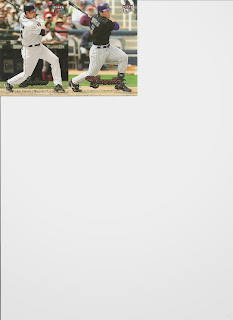 I apologize for the full scans.  I cropped these pics and re-saved them but no matter what I do, it doesn't save the cropped pics. Anyways, ehheheh I will go with the Quentin as he is a D-back and I can trade him.

Here we have a couple of Walk Offs Fisk and Podsednik 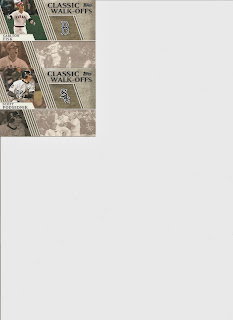 Fisk all the way, look at that expression. Mouth Wide Open.

A pair of  BABES! 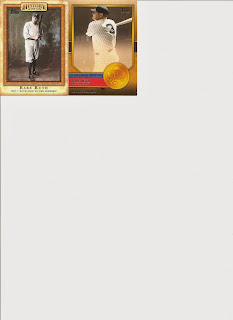 Going with the History of the game, just looks cooler.

Next Topps A Cut Aboves x3  Pedroia, Bench, and Mays 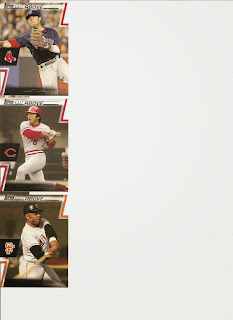 Here you see a (1) Gypsy Queen mini that actually came in the blaster boxes, but I had to put it in there as the other one just looked lonely all by itself.  Yeah, i know the "Burnitz" card isn't an insert, but  whatever its in, and BTW it Wins. 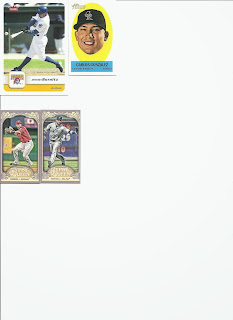 Now we have some more mini fun: Some doubles but hey they are still minis. 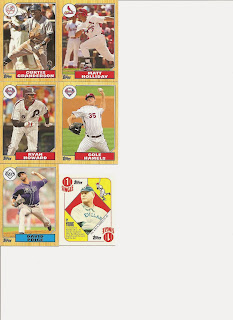 That Granderson is really nice, but no way it beats out that Cy Young! 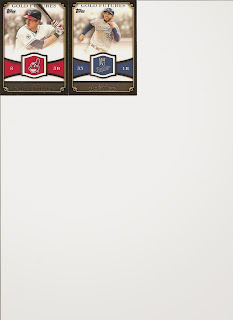 I will go with Hosmer here, overall the card looks better, and he is card number 5, my very first jersey number as a kid (2 years later became number 15 for baseball, 42 for football, and whatever they gave me for basketball, lol). Not to mention I like blue better than red. Obviously, it didn't matter either way on these two cards. 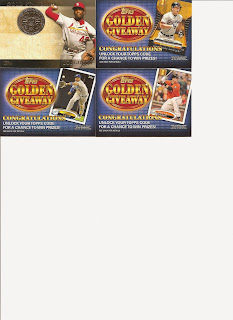 Okay, I personally don't consider the the Golden giveaway cards inserts, but Topps decided to number the things, so here they are. On any normal day I would choose Ripken over Gibson, but I can not do that here, the Gibson is a real insert, albeit kind of bland to be called "Gold Standard" but come on man he pitched a 1.12 era season. Gibson wins.

Some Golden Moments, what is that? a Double Oh no. Twice as I pulled that same Mays last week! 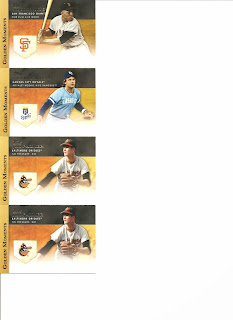 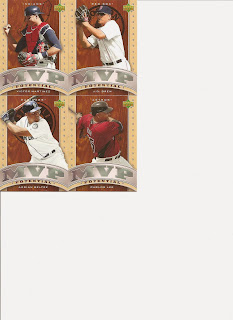 Personally I like JD Drew the best out of these 4 players, but as for the card that wins, Victor gets the tally. The fist pump, and the grin gets the win!

Below, CC gets the win. 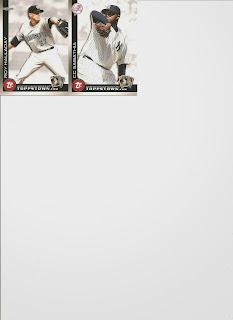 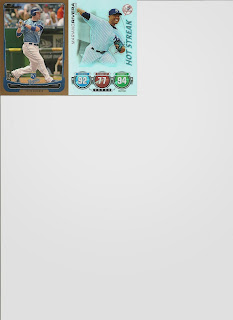 Not a big fan of Topps Attax, but that Rivera card kicks Moustakas gold parallel's butt. 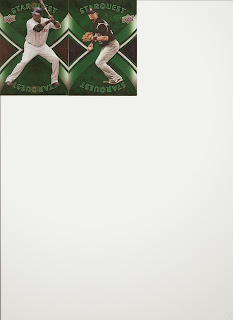 And Ortiz take the prize, although Tulo's card is just as nice. We'll give him runner up. hehe.

Finally the last pairing of the night:

The Mick vs Gibson 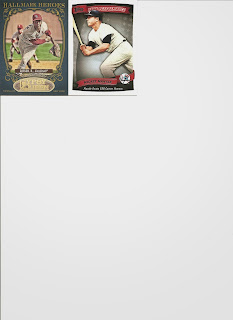 That's all folks, I will be naming the winner of the 1951 Bowman card a little later tonight (Blaster Battle winner).