Blaster Battle, and I can win what?

Merry Christmas all, I hope that your day/ Holiday was a good as mine.

Now to the ball cards. I was blessed yesterday with a few cards, or rather a few blaster boxes, and 30 other packs of cards that I got to open, yea me.

Well as you guys know when it comes to baseball cards I am slightly biased towards the Braves. When I open a pack of cards or box, whatever the first priority for me are the Braves, then then inserts, superstars, and cards that my fellow traders might need. So for the next day or two I will be posting these most recently gifted cards. First up will be the 3 Walmart Blasters (aka repacks). Tomorrow I will have a Pack Wars with the 30 individual packs. for now the blasters. I have a hard time deciding which box is better than the others, so I will leave that up to you guys to rate the boxes and WHY. I will show every card opened (other than base checklists). I scanned them roughly 9 at a time for the overview. Here are the packs that came in blaster #1:
Because this will be long post the reward for the best "reasoning for choosing one blaster box over the others ( I will decide who wins) will be a 1951 Bowman card, I would like to say it was in great shape, but I can't. But, it really isn't a bad card to have. Let the Battle begin! 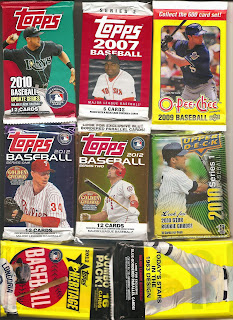 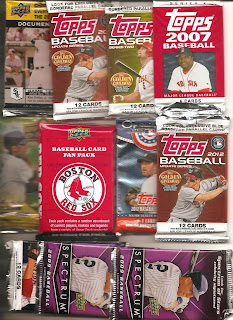 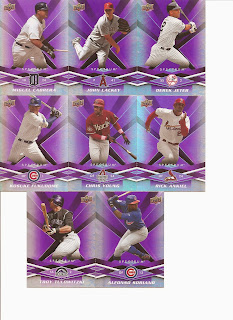 These are nice looking cards, no Braves but some cards I see for a few blogger traders. The Jeter is sweet. 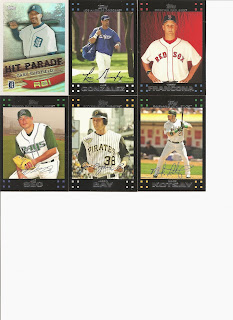 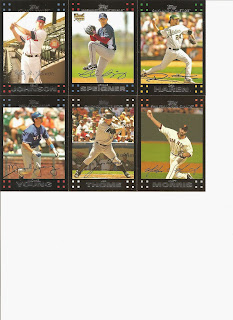 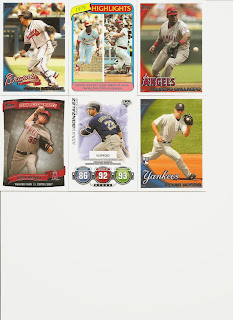 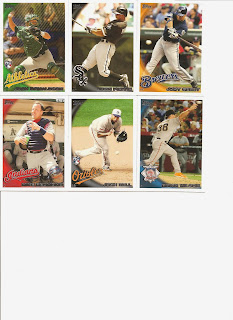 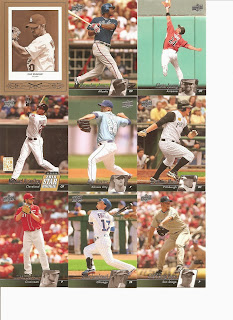 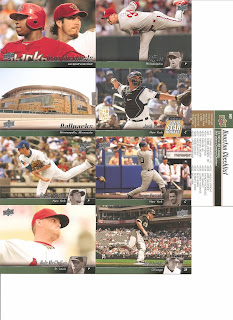 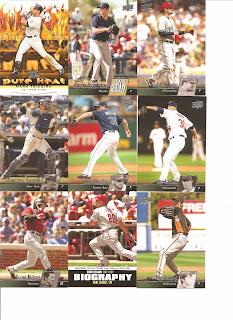 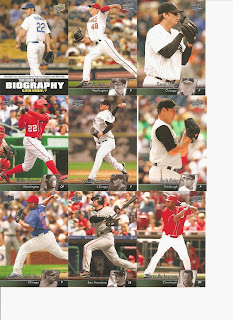 Some nice inserts and a nice "at the wall". These Upper Deck look like a cross between some Ultra and Stadium club. I can't stand the biography cards, good info on the back, but not my cup of tea.

Now for some 2012 Heritage, I like the heritage cards a lot, but not much in the way for my PC. 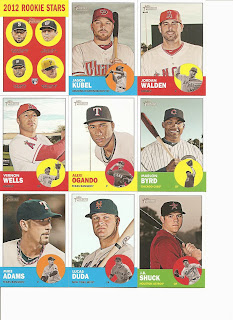 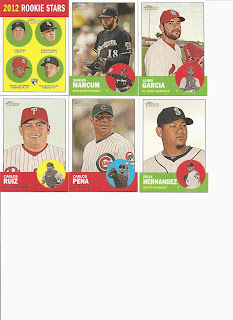 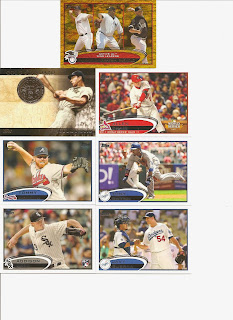 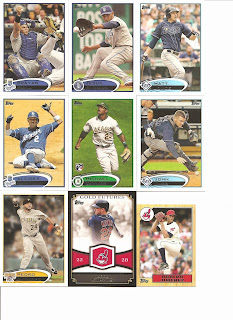 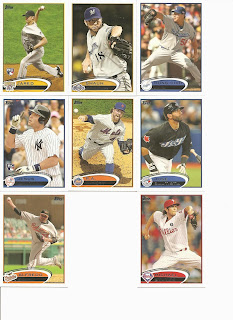 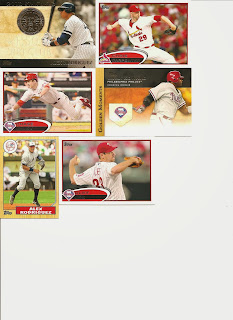 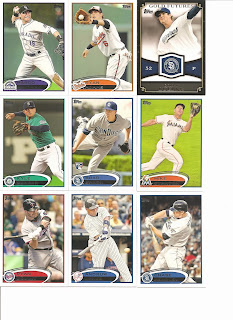 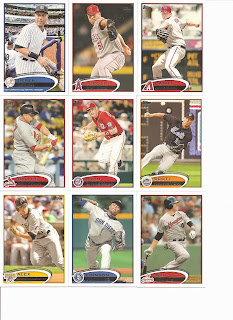 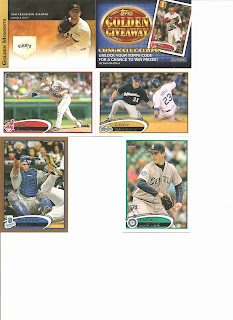 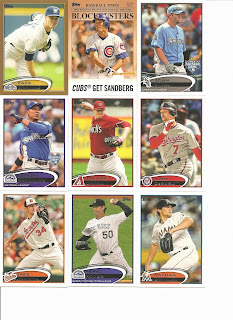 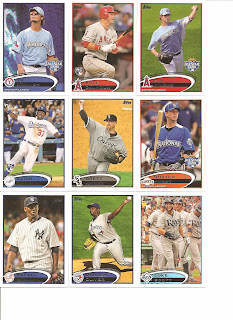 Now for the pack that I thought (before I opened it) would be the worst of the lot, but boy was I wrong. Look at these Upper Deck "fan Pack" Boston Redsox cards. 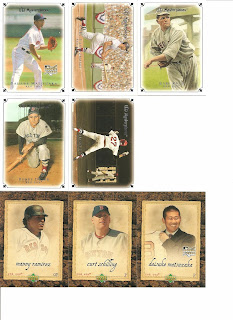 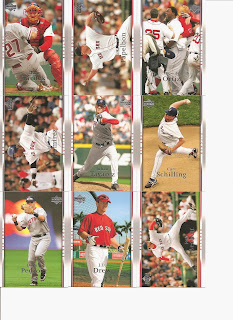 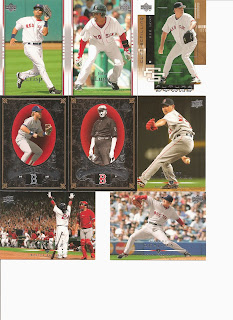 Now for some more UD Documentary cards, some 2009 Opeechee, and finishing it off with 2012 Topps Opening Day. 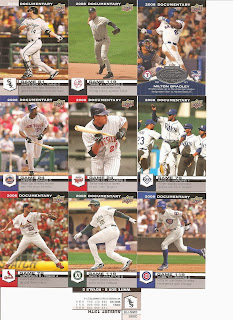 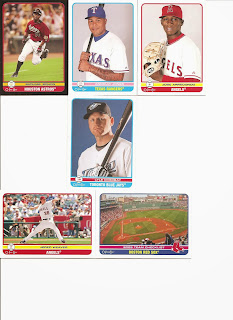 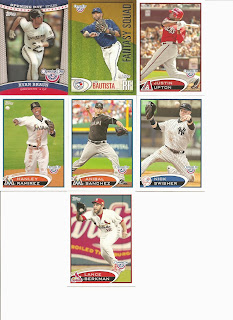 Posted by Johnnys Trading Spot at 1:03 AM