Big storm going to be blowing through here later today, so I'm posting this now just in case.....

I literally was done shopping at the show in about hour and a half. I walked around once stopping at the few tables I bought from. There were between 80-100 tables in all. This is a large show in Florida as there are so many every weekend you can find one usually 30-50 tables. The last two trips down to this show, I spent way too much. Specifically on partial less than perfect vintage sets. I wasn't going to do that this go around. So after I made my way through and was heading out, I decided to go back to the first room and (where the signers were) and give it another once over which would really be a "twice" over.

My buddy dealer Eddie was supposed to be at this show with 60-100K cards for me that he wants me to buy. Now Eddie does shows every week somewhere unless he has to be at a golf event where he works sometimes for the Golf Channel. Long story short, Eddie wasn't there (he got called the night before to do some audio on a golf tournament). But, I recognized his boxes of cards (not the ones he was bringing me), but the ones he generally has at card shows. Monster boxes sorted by teams. That's how he does it for the not high dollar cards. His money cards as he calls them weren't there. Tucked in a corner was a shoebox of .25 vintage he usually has out. I decided to get my book out and check to see if I needed any. 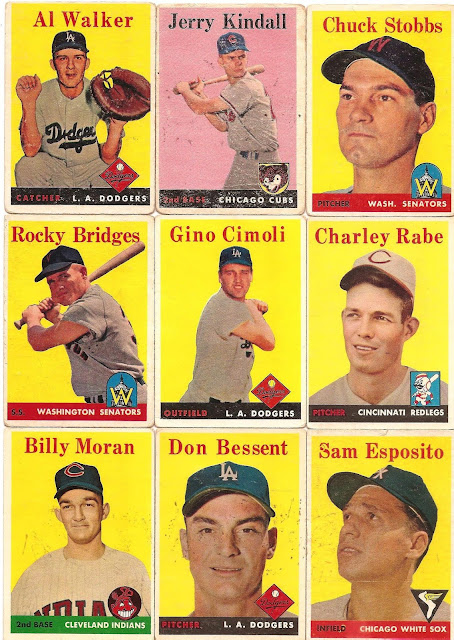 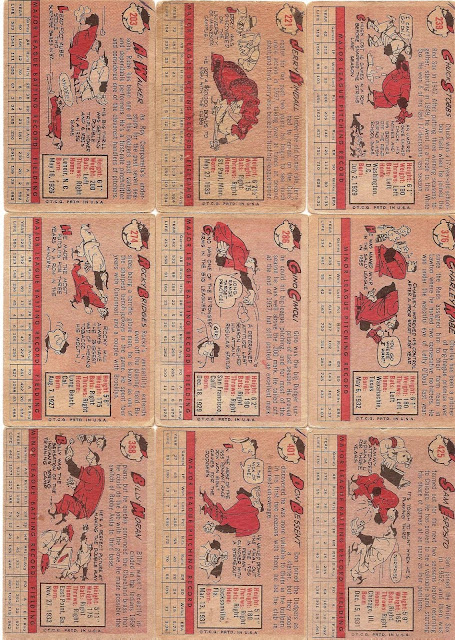 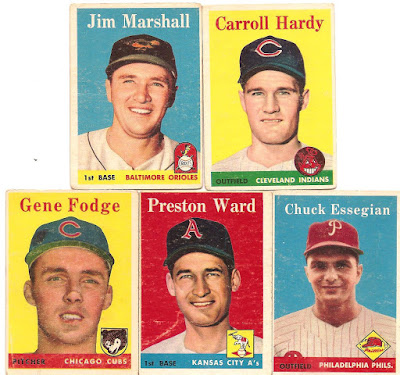 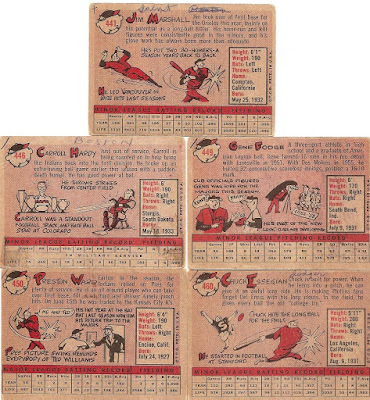 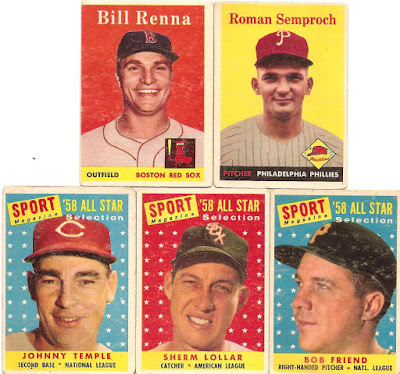 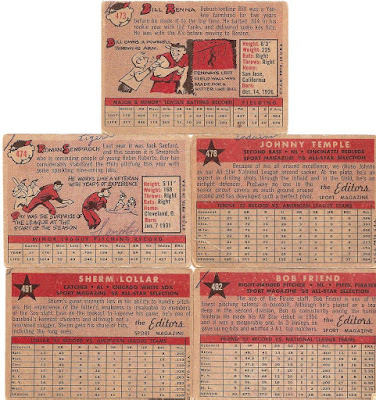 1958 Topps. Most have that same pen mark on the back top right corner and a few have a team name written on the top center. Are you kidding me a quarter. Mine mine mine. 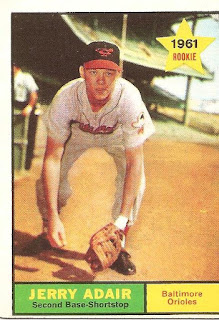 Must have deleted the scan of the card fronts. 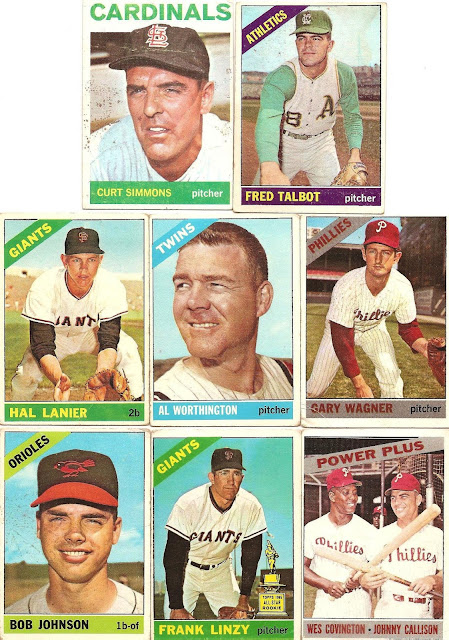 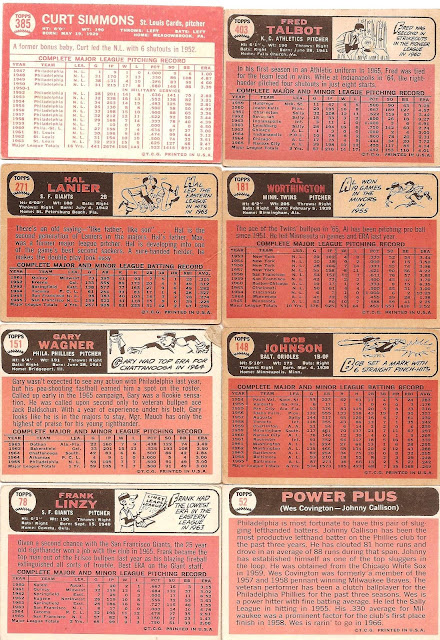 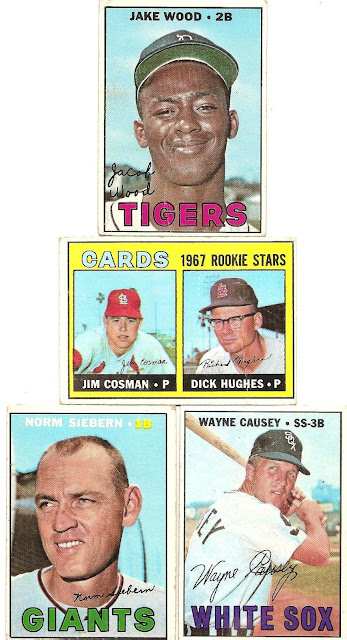 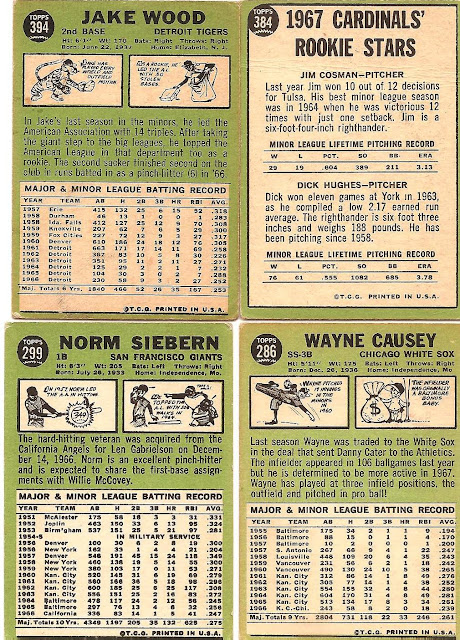 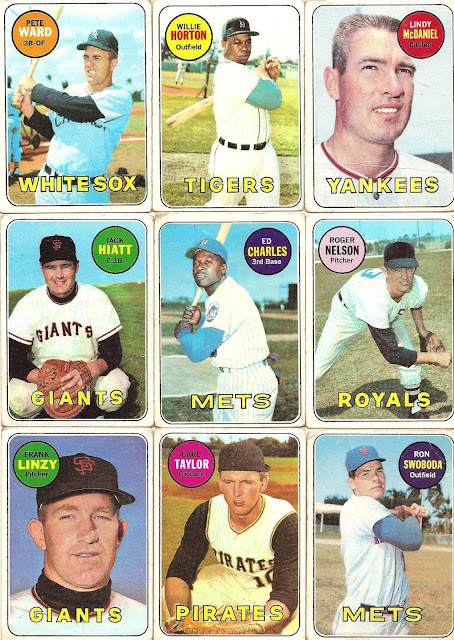 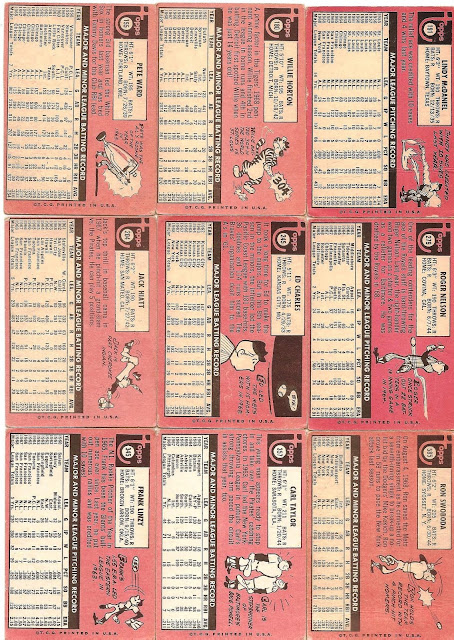 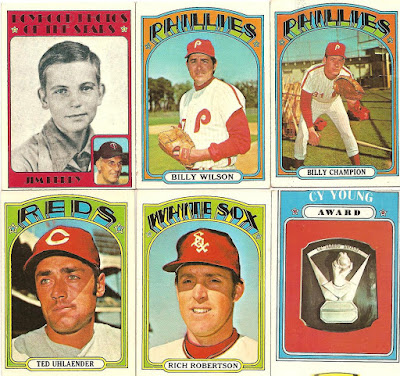 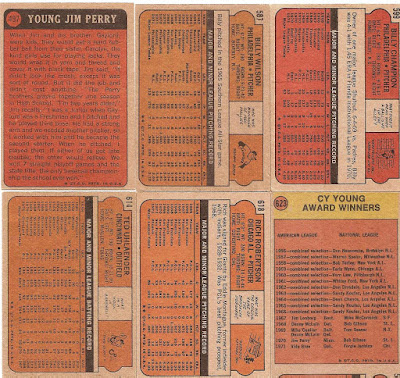 These 72's are pretty nice and these ain't exactly low numbers. The Cy Young award card is miscut, but it most definitely will do for now.

I didn't do the show in Jax this past weekend. So I'll have to actually be creative with my upcoming posts, dang it.. I hate thinking, such a waste of time.  LOL.

Posted by Johnnys Trading Spot at 9:30 AM