Came back from Jacksonville early Saturday, but I picked up plenty to show. Several oddities that will have their own posts. My usual Braves additions which too will have it's own post tonight. I was able to pick up about 50 1964 Topps for my set build which will not have a post, sorry. I grabbed some relic/autos which will also have it's own post. I grabbed a few cards out of a quarter box, but paid a dime each. The bulk of the haul was cards from a dime box that I paid a nickel a piece for. I will have to break those up into many posts.

Without further adieu my newest Braves additions to my team sets. 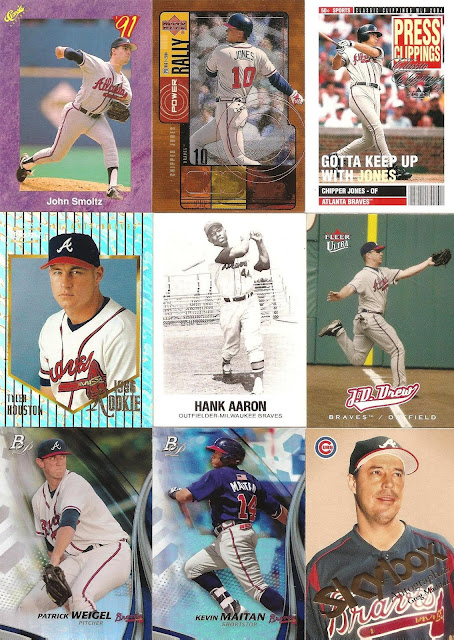 With the exception of the centerpiece these cards all came out of the dime box where I paid a nickel each for. The Aaron came from the quarter box that I paid a dime for. Yes sir Jim Bob. 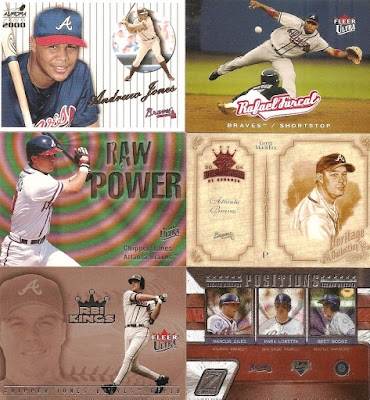 You might see a few cards now and again later. 1 reason would be I picked up dupes and the other reason is I just scanned them with the section I was going to post about and also here. These 6 cards cost a nickel each. 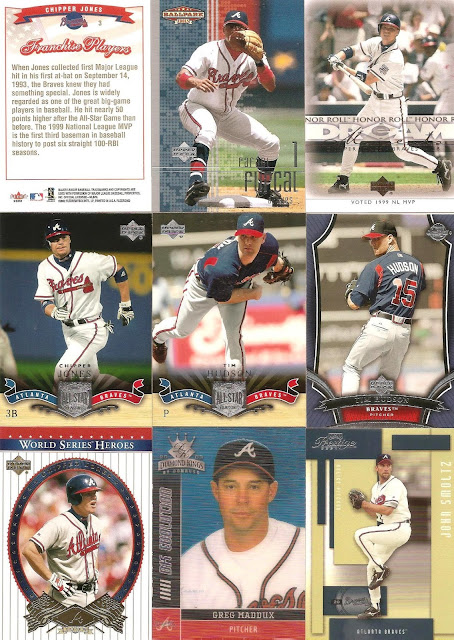 The Chipper top left is the gold back version. Again, .05 each. 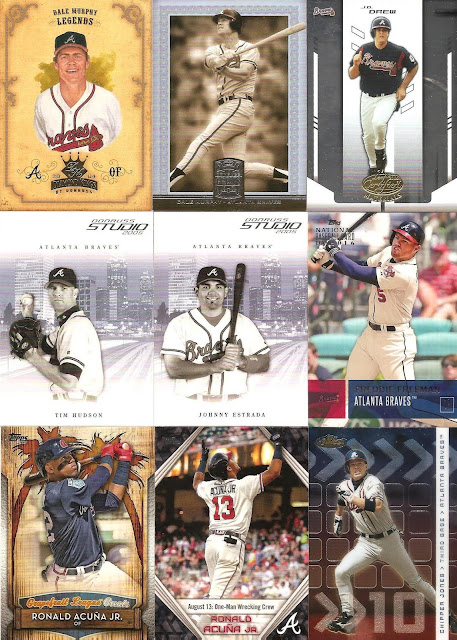 The Freeman and the two Acuna's were a nickel.  Freeman cost a dime, and the Acunas were a buck. 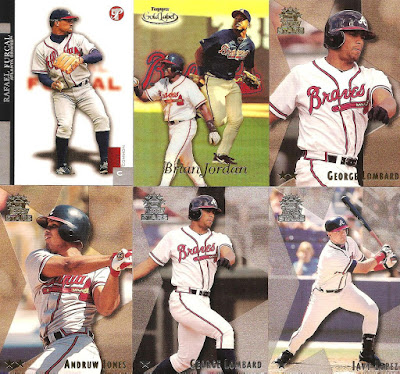 
I did get a few more Braves that are not scanned here, but you will see them in a different show post.

Tommorow I will do one of the odd ball pick ups.