I'm going to squeeze a few in here today. The other day I got two trades in, both postmarked New Yawk. One was from Bo, and the other from Kenny. 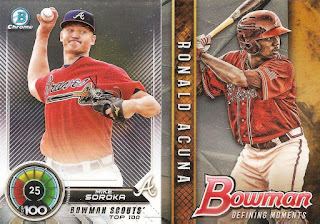 Kenny managed to hit my Braves need with a 2018 inserts from Bowman, and a 2017 Bowman of current phenom Ronald Acuna! Super cool, there. Thats a Zap! 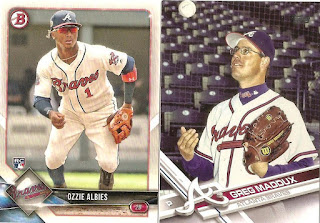 Kenny also hit my mini collections up with these two, Albies going into the Jersey # Franken-Set, and the Maddux SP going into the PC binder. Kenny also sent along a few others that I did already have. 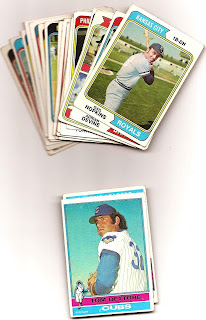 I packaged up your return the other night, just haven't made it to the PO. It's kind of been rainy here. (I no likey the wet stuff).


The third package was one I actually forgot about coming. P-Town had gotten that huge deal on cards and I jumped on the 1999 Fleer. They kind of stuck (bricked) up on him before he sent them, but they were fine when they got here other than the marks from popping them apart. For now they will suffice as I didn't have hardly any 1999 Tradition in my set build. I usually don't see them around. 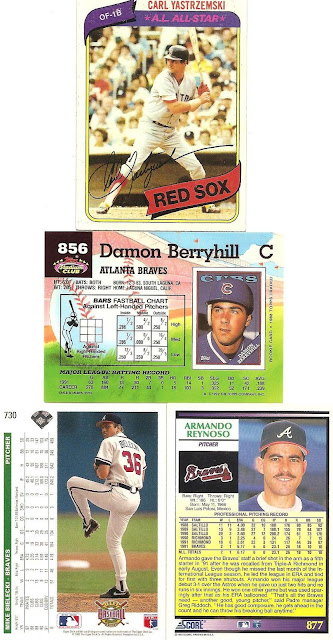 Tom filled the box with other goodies for my collection, like the needed 80 Yaz, which he told me about, but again I forgot. The other 3 you see here are backwards for a reason. They are cards needed for my original Franken-set. I now don't have to dig through all those dupe to find these 3. 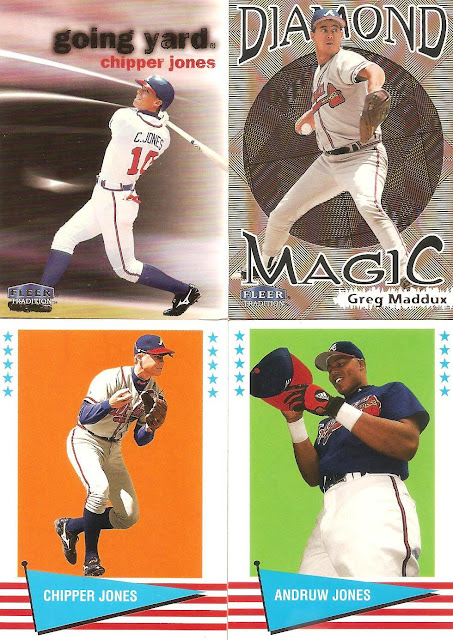 A couple of inserts and parallels of Braves I needed too. 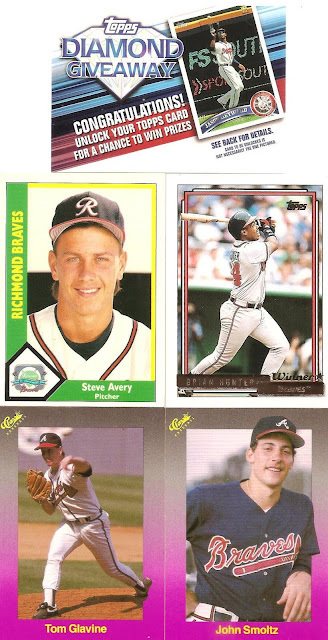 Tom had thrown a lot of Braves in there trying to fill the box, and I found these in there that I needed too.

Guys thanks a bunch! I love crossing off needs.