I couldn't resist the "so called" spring cleaning sale over at COMC. I hit up my Braves big time. I'll start with some food issues. 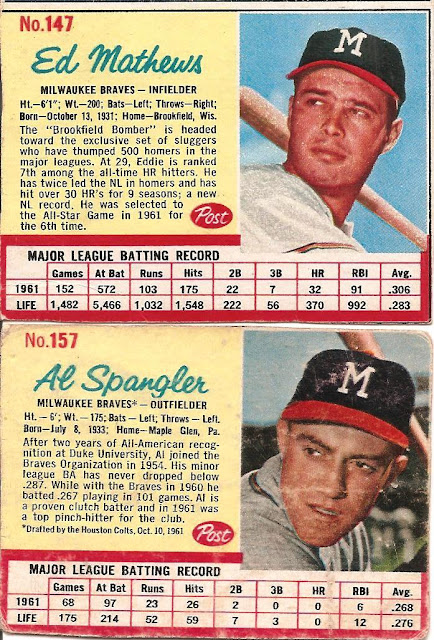 1962 Post. Now let me say that I was winging it, meaning I wasn't checking lists. I figured if I stuck to cards that I thought I needed for the team set and was also building the set I'd be okay.

For example the Kelloggs above. Only (at least I think I do) needed the Niekro for the team sets. One of my lists shows I didn't need it there though. I won't know until I can get it home, and get things organized at home. Who knows when that will be.  Yes, I grabbed 2 Davey Johnsons I need 3 overall, and turns out now I have them. 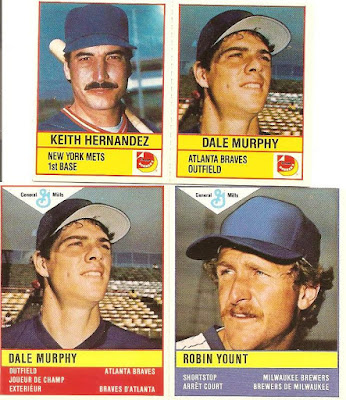 These two create a dilemma for me. I so want to separate the stickers, but I won't. Really sucks because Yount is a PC/Birthday guy.

Moving on to some inserts and oddballs. 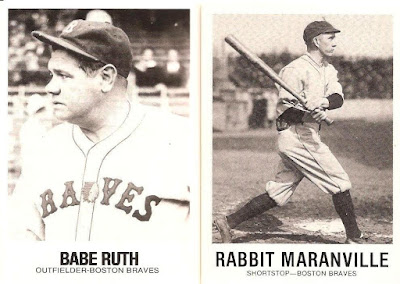 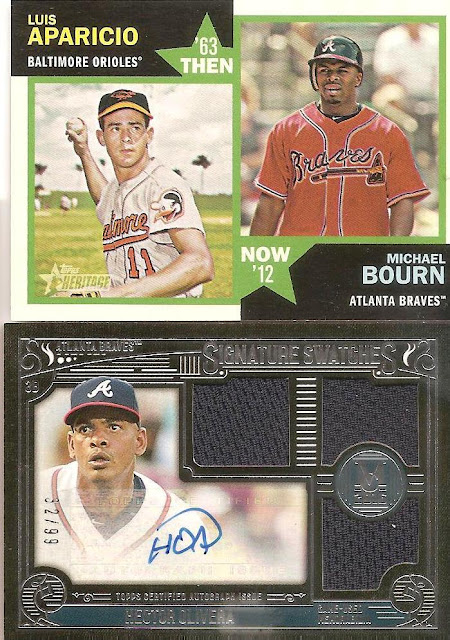 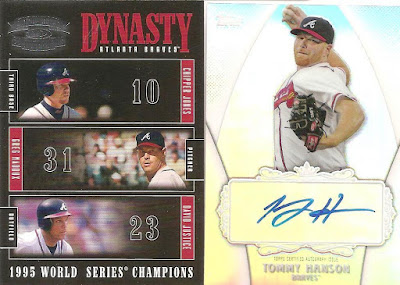 The Hanson is a replacement autograph. It sure would've been nice for Topps to say what product/set it was replacing. Oh well. 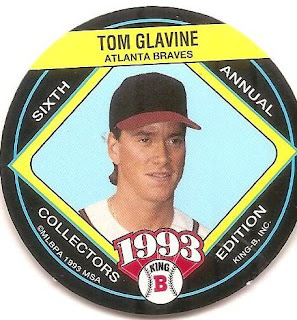 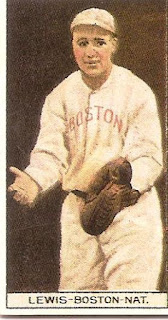 I blew it with this one, I have one of these. I just didn't remember or even know what set it was from. Now I do. It was an insert from the 1987 Hygrade Baseball's All-Time greatest set called rare and famous card reprints. 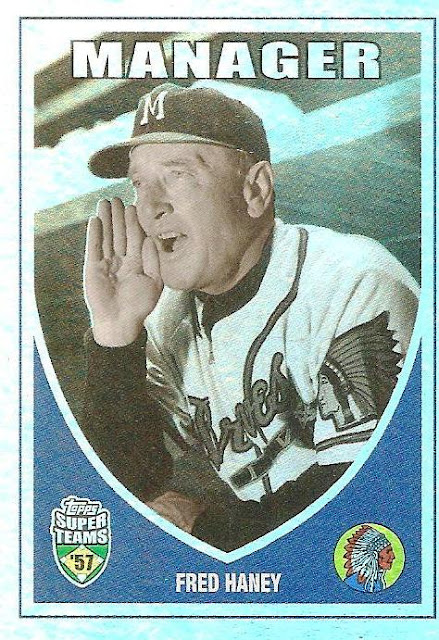 I believe this card is my first Haney card, and first Super Teams card. 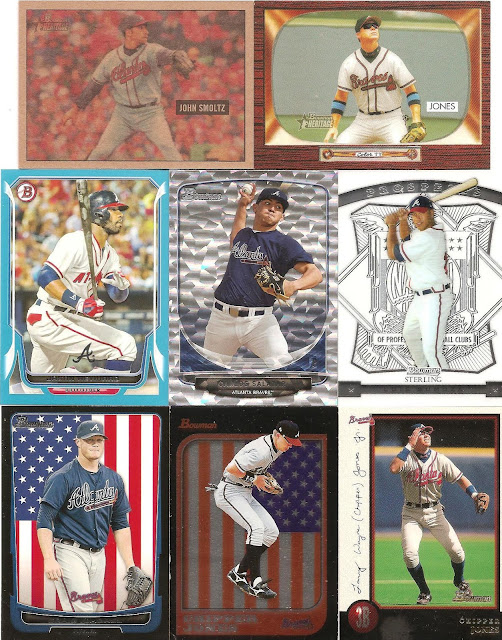 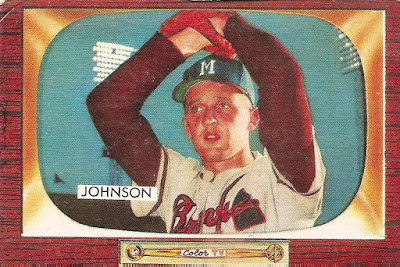 
I'll whip out the rest in the next day or two.

Posted by Johnnys Trading Spot at 11:22 AM