Writing this before the sun comes up. My Uncle had me up all night. Zero sleep so if this gets wacky not my fault. Going to do a little something different for the next several posts. I've had scans ready for awhile so it's handy.

The last few years I've been collecting the Chronicles baseball sets....all of them. Well, not actively going after parallels unless they are Braves, but you get the drift. Lots of very small sets, and a few mediocre sets each years. It is tough as all get out. I have want lists they are on the very bottom of the set builds link in the drop down menu.

Anyways, I scanned up a bunch of this years run. Not all of what I have of course, but a lot none the less. I do what I do. I picked up a couple of very large Ebay lots on the cheap. I also bought a value jumbo box at the last show I went to. That box had 180 different cards in it, so that is the easiest and most efficient way to attempt to complete the sets. But the 2 Ebay deals were pretty darn good. 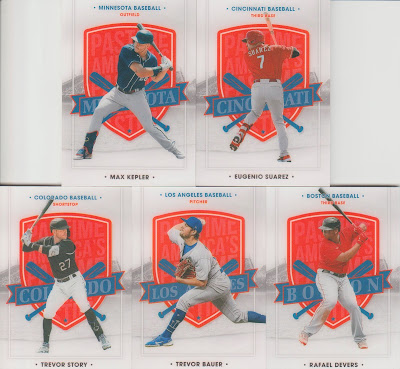 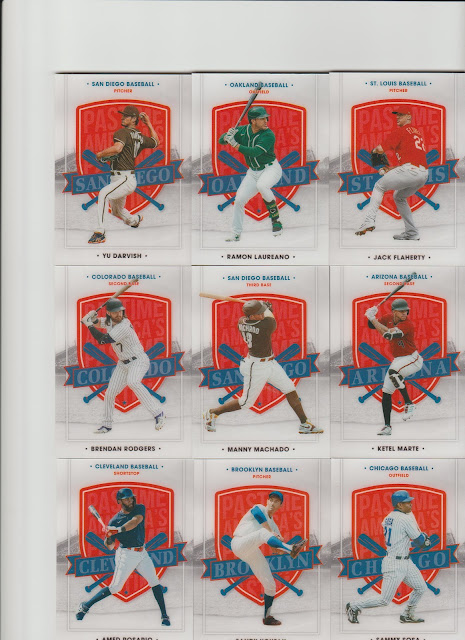 Looks like I forgot to crop this one. America's Pastime is one of the tougher sets to put together. Some people are asking those crazy prices that won't fly with me. I'm usually at .25 or less, but with this one I'm okay at .50 a piece. 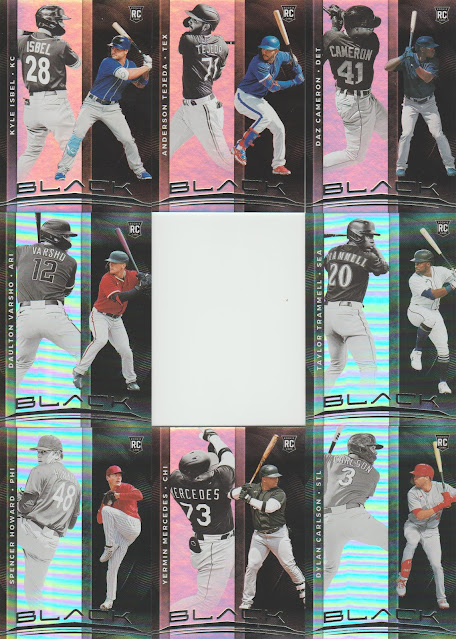 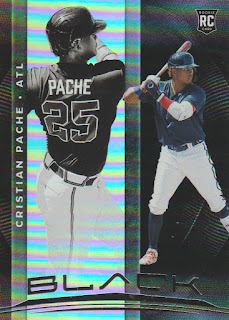 Black is another one of the tougher sets, but not as tough as the 1st one. These are really nice cards. 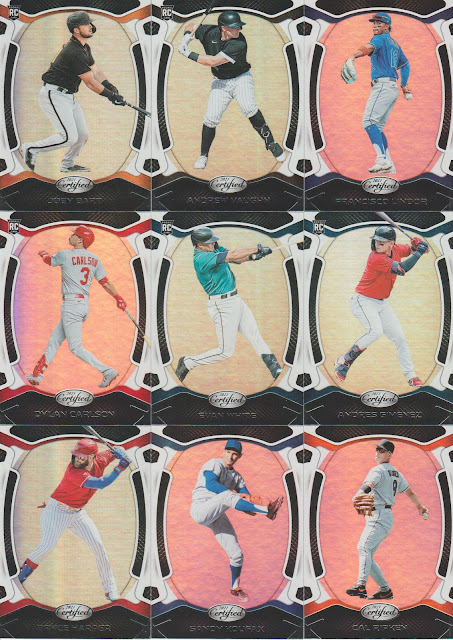 I haven't figured out why some of the cards in this set scan a different color, they are not parallels which are denoted with the color of the foil writing. Green is a typical parallel.

Even here, drives me nuts that I don't know why. Looks cool though. I'll stop here with the Certified set for the week. See y'all back on Monday, hopefully by then everything is on the good side (including a little sleep).
Now for some fun stuff.
I mailed three medium flat rate boxes today. 1 to Portland, 1 to Orange, CA, those are due to arrive on Monday. The last one was heading to Deland 5 hours from here, it isn't expected until Tuesday. Go figure.

Posted by Johnnys Trading Spot at 7:06 AM