Congrats to Big Papi. But, more importantly my uncle is home. I'll make this long story short. The last 6 days have been a nightmare. The nightmare is over he is home, and within 1 hour if being home was 1000% better from when I picked him up. He still needs a few days or so to completely recover...not from Covid (he was never ill with that) he needs to recover from the "other" idiotic things they were doing and changed on non Covid issues that they were "ordered" NOT to do and did anyways, thus creating problems that would not exist had he been sent home to begin with or at least after the last dose of Rendesvir which was Sunday 1:30 am. One day I will tell the whole story and it is a doozie. Just not tonight. 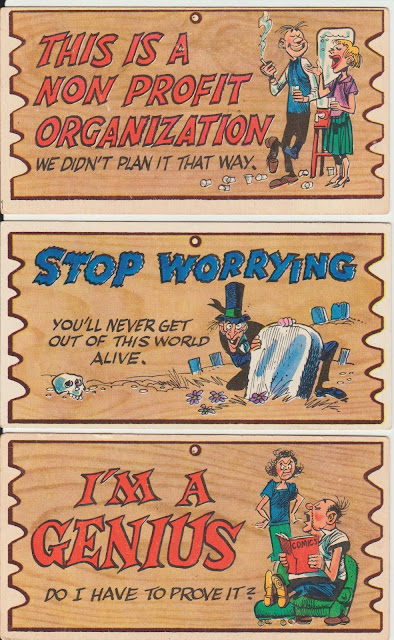 Most certainly, I should have scanned the Scanlen reprints from 1982. That way you could have seen 84 of the 88 post cards. This is all I have of the Wacky Plaks for now. 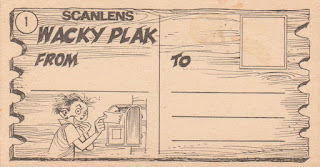 Here is the back of one of the Scanlen's.  These were made/reprinted in Australia back in 82'. I have that complete set which is only 84 cards compared to the 88 of the original set. One day I'll run the Scanlen's. For next week.....I've got some more Topps Wackys, but from 1957. See you then to see what those are.