Moving right through to finish the last handful of pages. 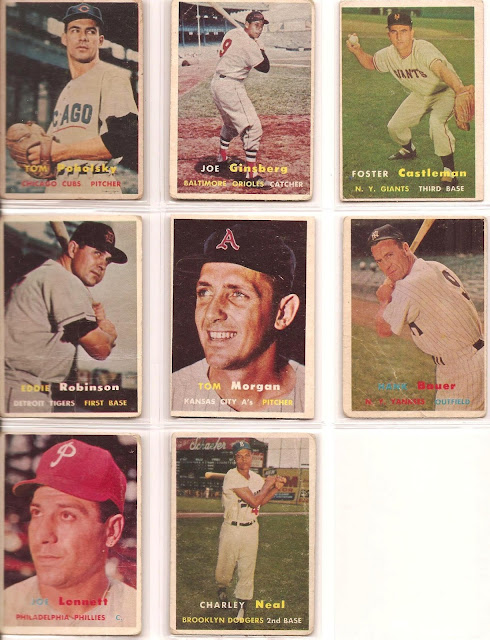 In other words, these are the last scans from the binder I bought back in September. 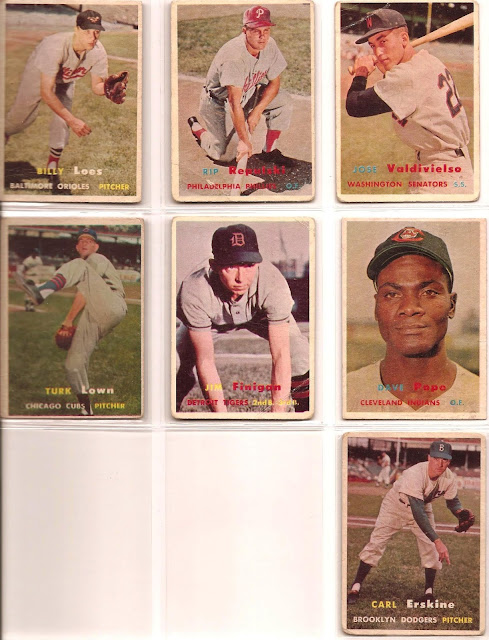 Which means there is a contest. 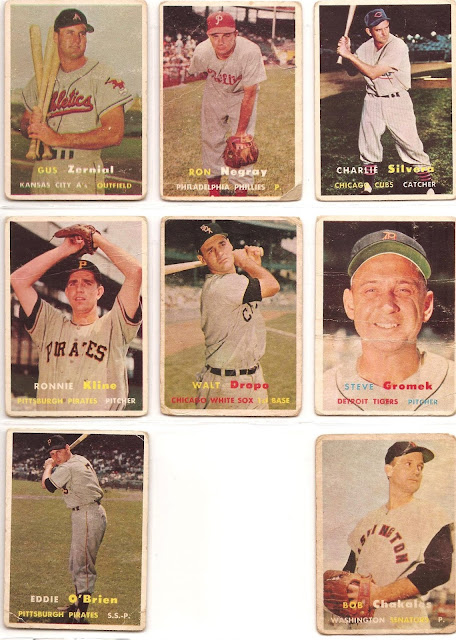 All along this series, there has been mainly 1 commenter, thus that will be the Grand prize winner.

That honor goes to the Night Owl. More on what Greg gets later.

I knew all along that I would hold several contests related to this series. There will be 4 one of which is already won, but three others and the same person is eligible for all contests. 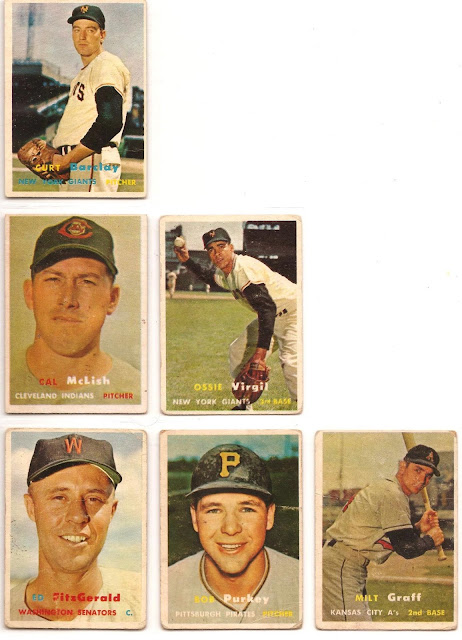 Contest 2:  Rules: Be a follower of this blog (pertains to all contests mentioned here tonight) and guess (in the comments of this post) what I paid for the binder. Be the 1st to guess correctly.  Details later. 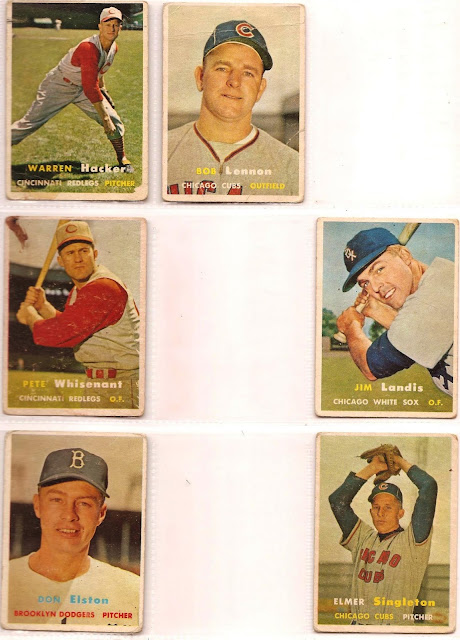 Contest 3:  How many HOFers were included in the binder? 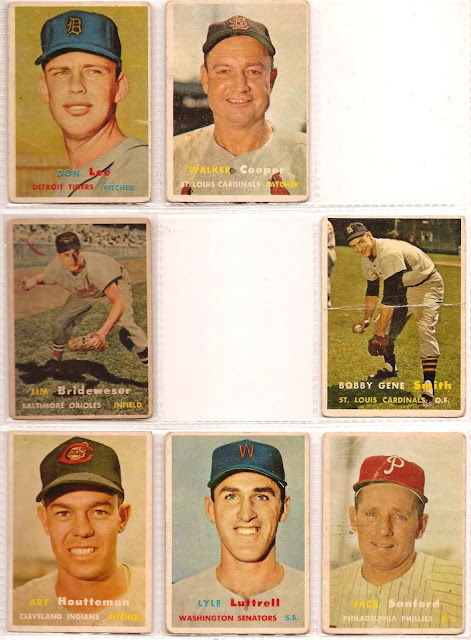 Final Contest: Guess the current percentage completed of this binder including what cards I had before the binder, and have picked up since. This is more of a lucky guess, as there is really no way for anyone to know what that percentage would be, but guess away. 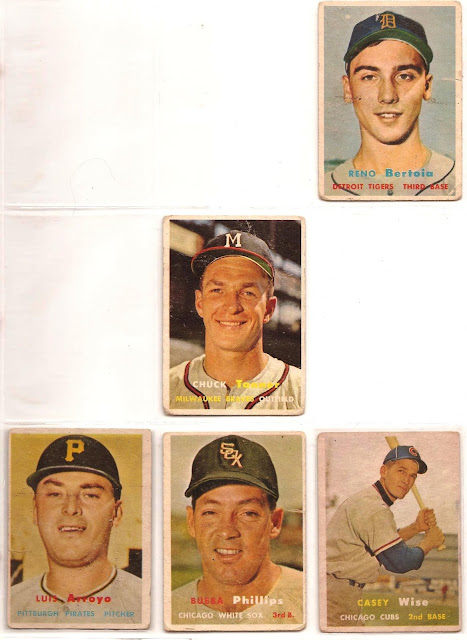 Obviously, I am missing dang near all of the mid series SP's. 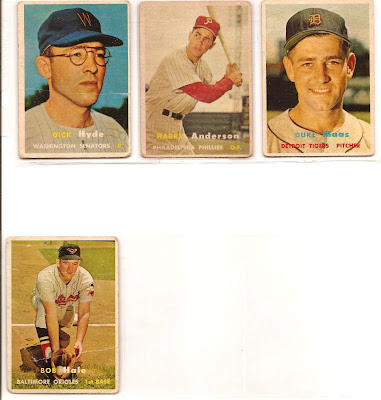 The DETAILS: Greg will get to choose 6 (six) of my 1957 available dupes (I will scan them in a separate post).

Contest winner of #2: will get to choose 3 after Greg picks. #3 picks 2 after the previous winners have chosen, and lastly #4 gets to pick from the remaining available dupes.


Have a great night all.