Picking up where I left off yesterday. Here are some cards that I find interesting for one reason or another. 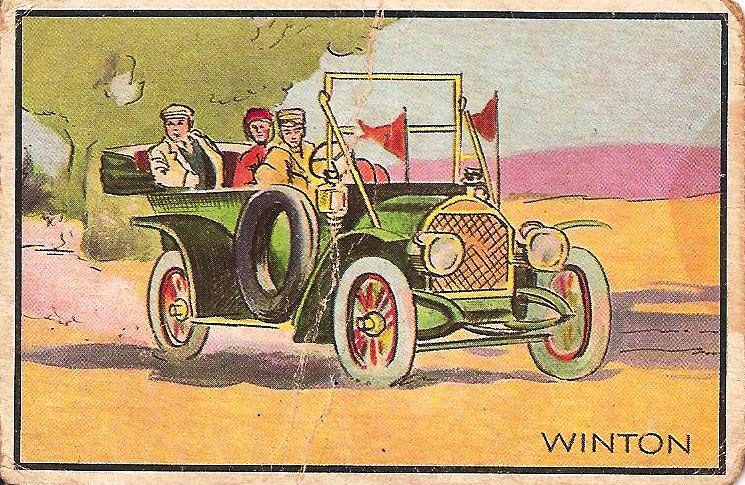 These are the vintage 1951 Bowman I mentioned last week, I got a total of 5 of these. Not in the two tubs of boxes though. 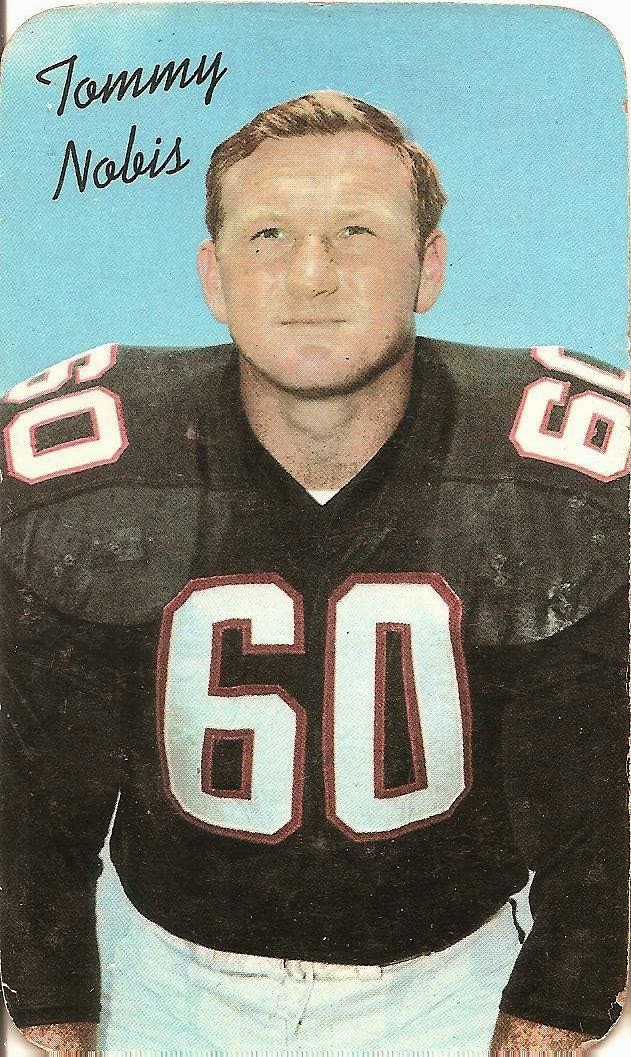 Same for the Nobis oversize card, also got the regular size of this too with the cars above. 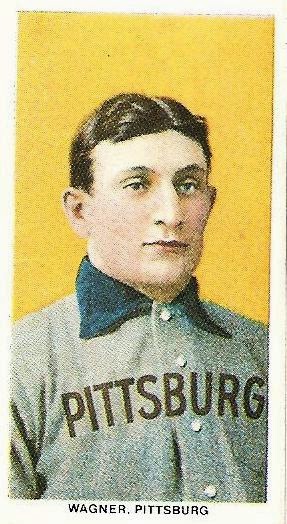 No worries, I didn't win the lottery, just a reprint and creased at that, LOL.

Now for some more from the TUBS. 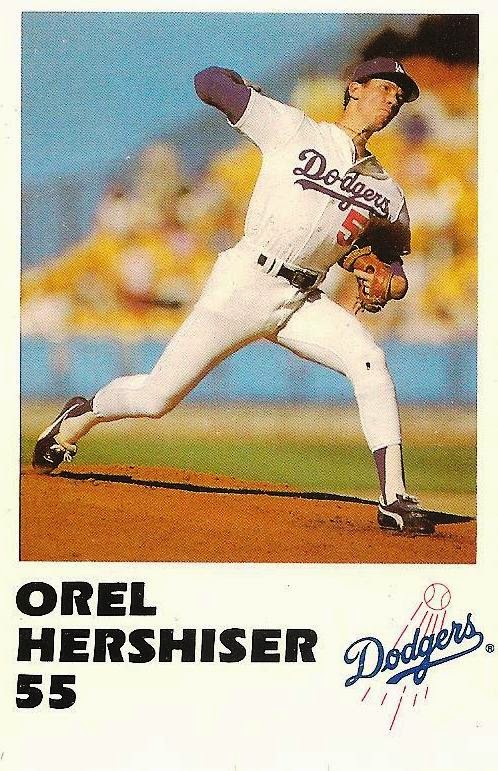 This I did get in one of those tubs. A Police issue Hershiser for my birthday binder. How fitting is that! Bob actually had a slew of these laying around, all Dodgers and I noticed he was looking at .25 each on them. That in itself is a pretty good deal, but I didn't buy them, they will be there the next time I am there and may pick them up for trade bait. 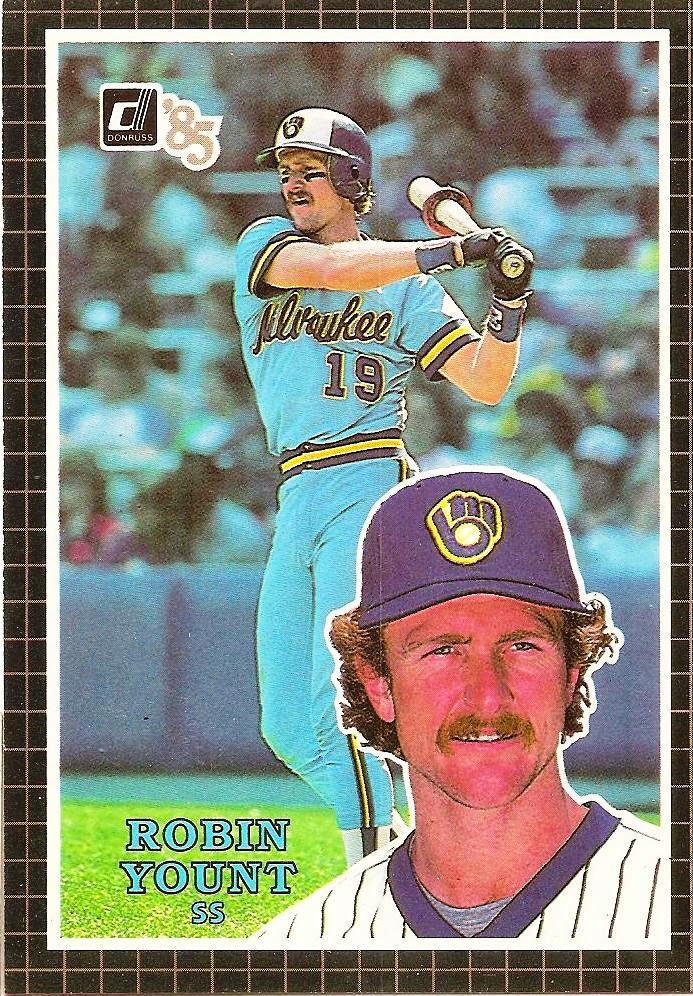 I got a stack of these two oversize cards (above and below). I only scanned the Yount, as he also hits the birthday binder. The card above is a double whammy because of the doughnut! wish there had been two of that one. 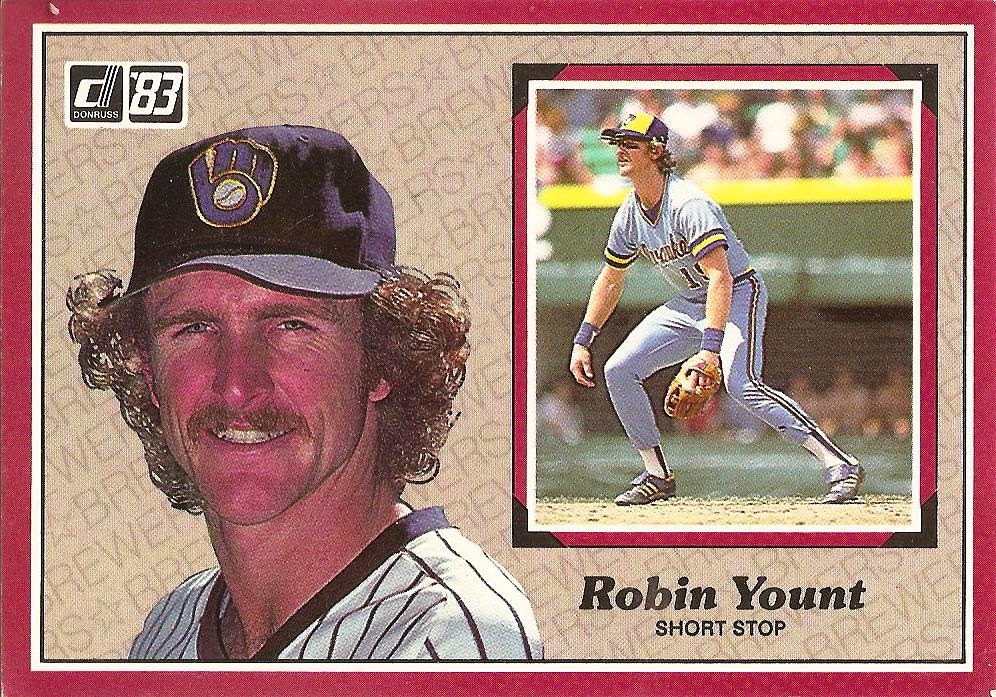 I had a couple of these I used as contest giveaways before, now I have a stack of them. LOL!

There were probably 2-300 of these cards. Comic Ball 2. Notice the same card in the three cards above. 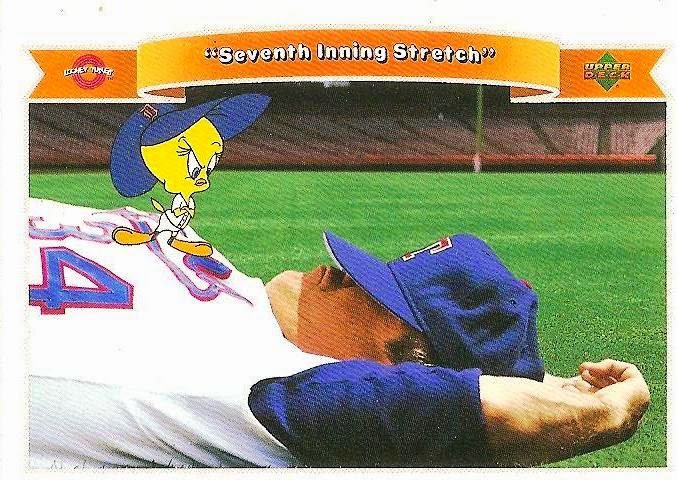 One of my favorites from the set or at least the cards I got, but not my favorite. 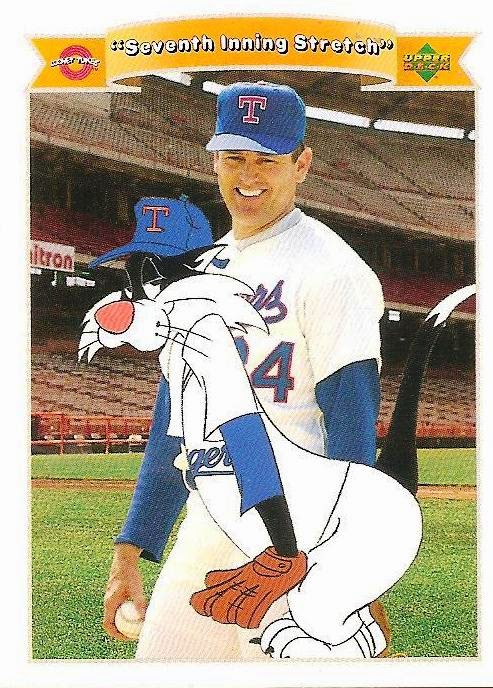 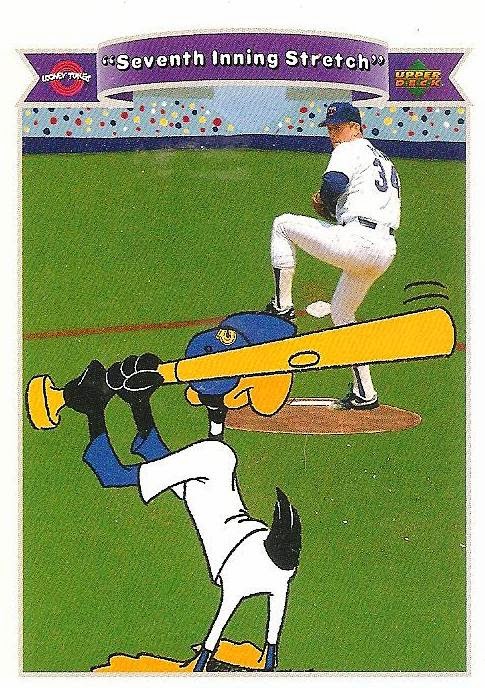 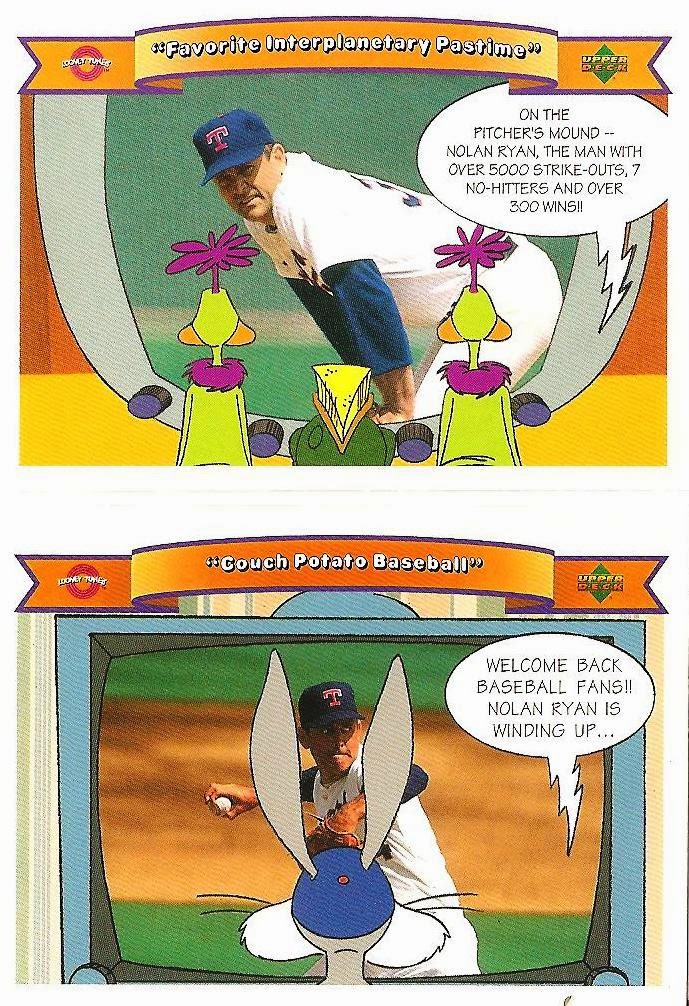 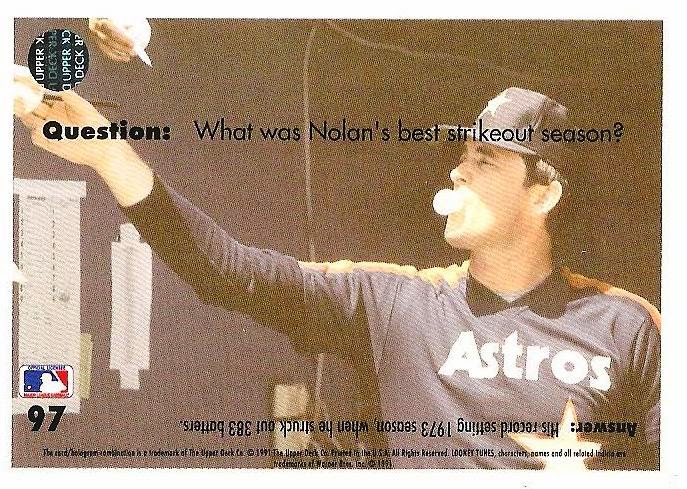 This is my favorite! 3 Reasons why: 1) Its Nolan Ryan  2) Bubble Gum  3) Signing and just my luck I got three of these too, one for each binder. There were some Reggie cards, Jim Abbott too, and a slew of just the Looney Toons. Appears they are from two different sets/series as the Upper Deck Hologram is large as you see above on half of them and much smaller on the other half.

Oops, that got scanned twice. 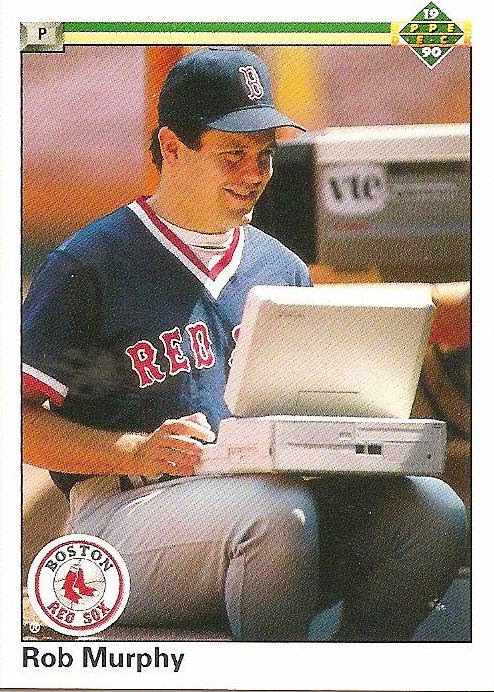 A 1990 laptop computer. LOL, I wonder how heavy that is/was. 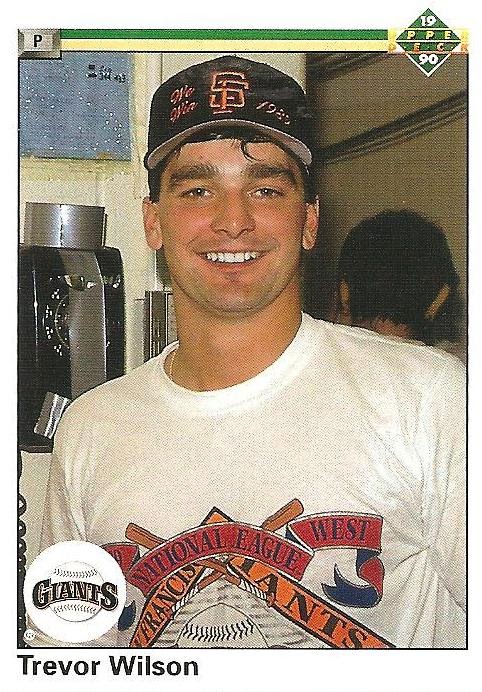 T-Shirt appreciation, although I should be angry about the Giants, (this year included). 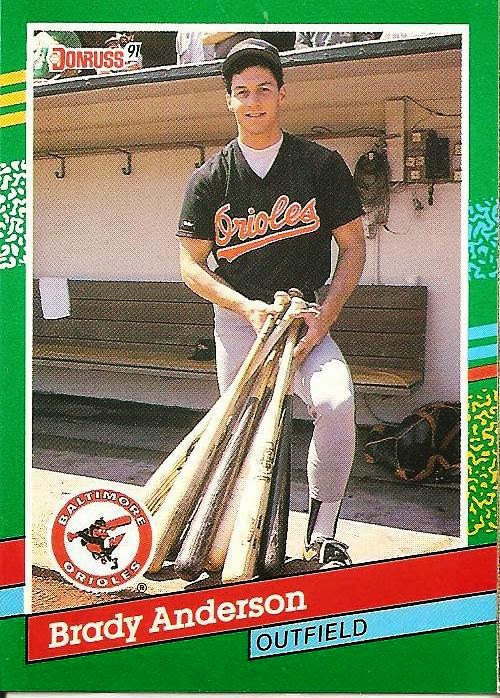 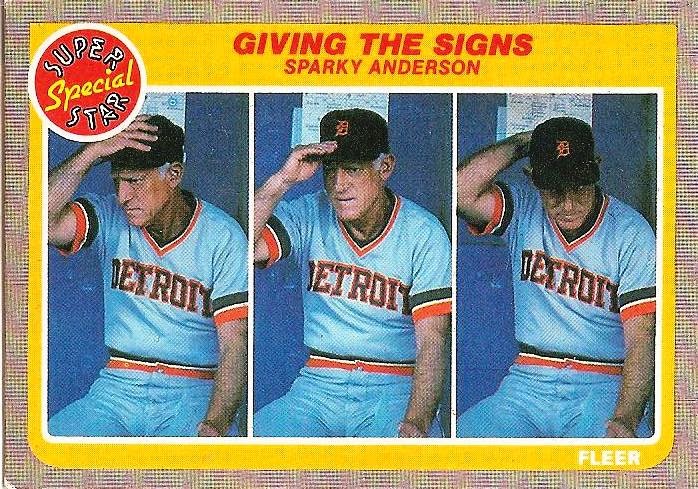 This doesn't really qualify for the multi-exposure binder, but I like it and I'm putting it in there anyways! 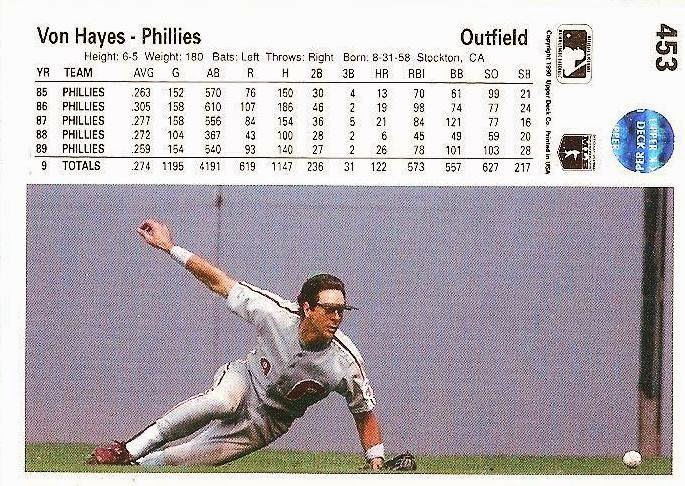 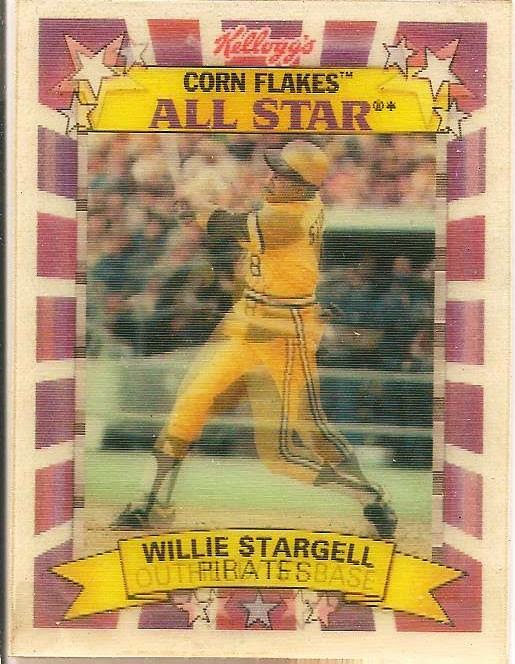 I'm pretty sure I picked this Kellogg's up on Listia. 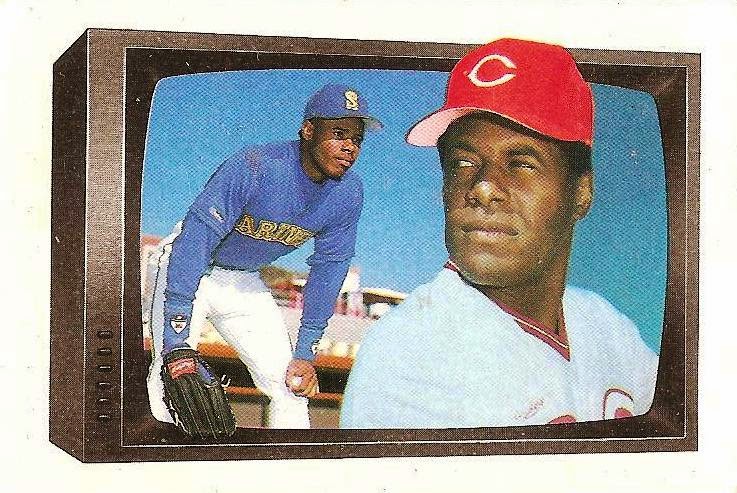 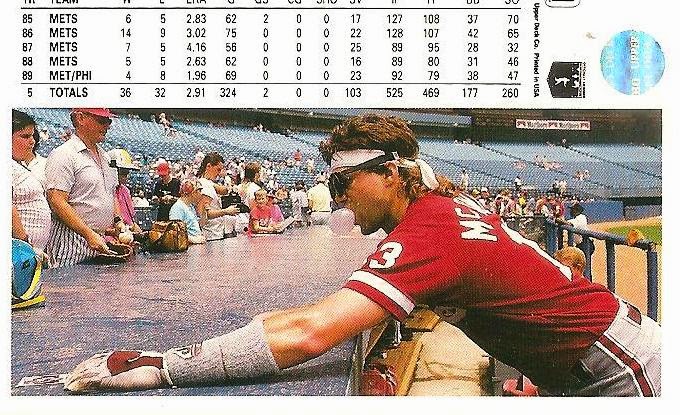 Besides being cut short at the top, another double whammy. Like the Ryan card earlier, signing and bubble gum. 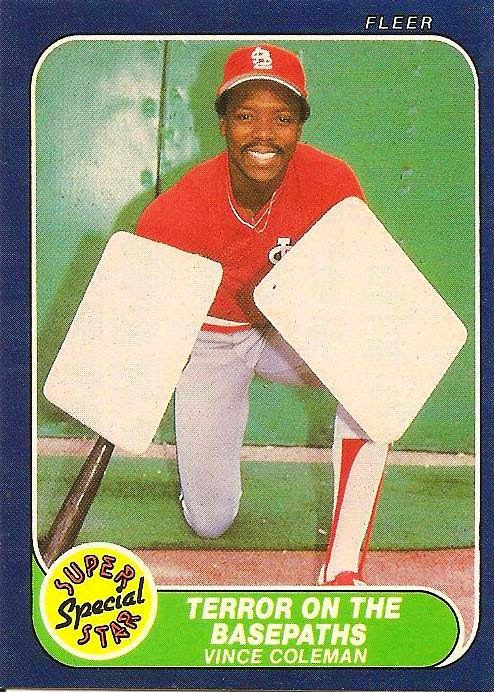 That wraps up today, more tomorrow.

Posted by Johnnys Trading Spot at 8:28 AM