Let us throw out there some of the more interesting scanned cards from the tubs. As with some of the other cards chosen this past week many come from 1993 Upper Deck which is just loaded with great cards with shots on the front and backs. 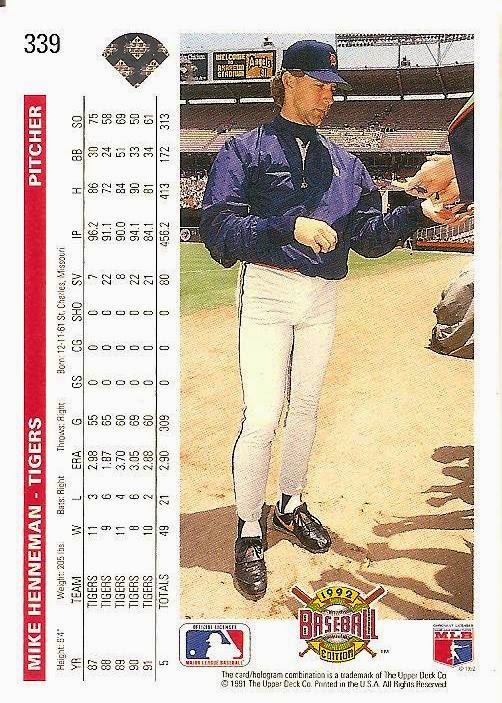 I like this card for a couple of reasons: 1) a signing shot 2) look at the shadow and all of those fans hands just waiting to get something signed. SWEET!  Just try to name that shadow. 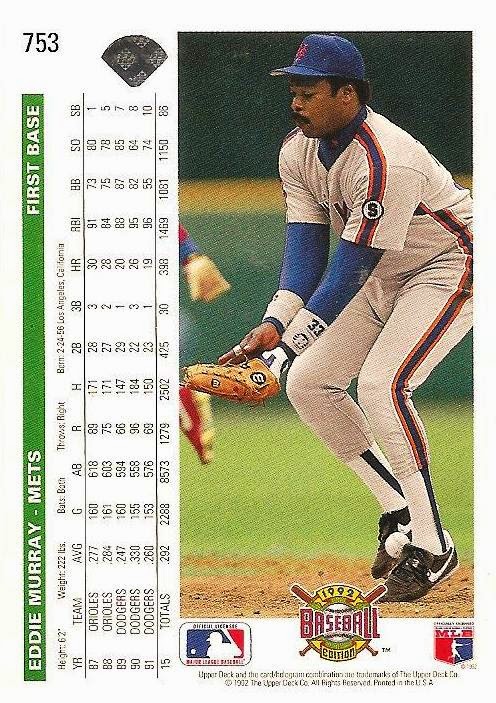 Yes, its Eddie Murray. Glove closed, ball not in it, look between his cleats. Almost looks like he caught it between the shoes. LOL. 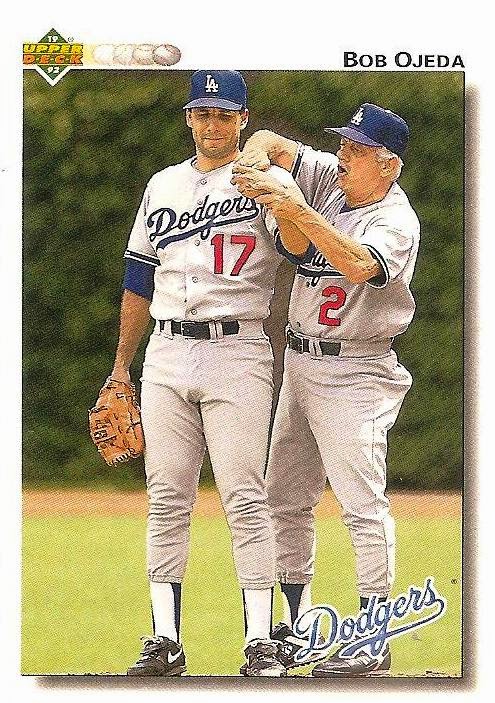 Nothing like Lasorda showing you how to grip the ball, sort of.. 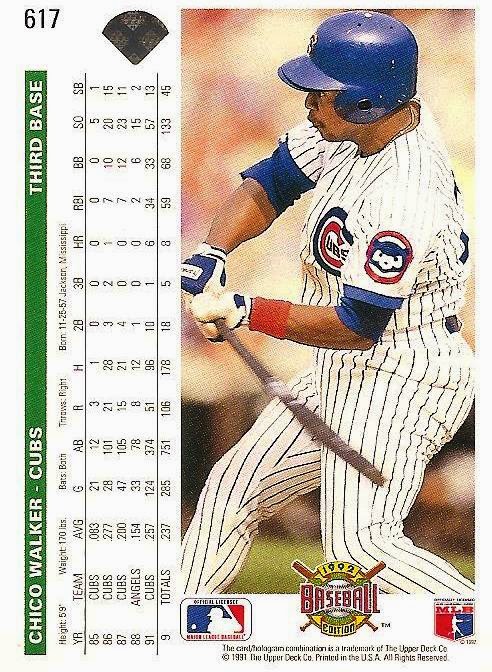 That looks more like a stick and not a bat. What do you think? 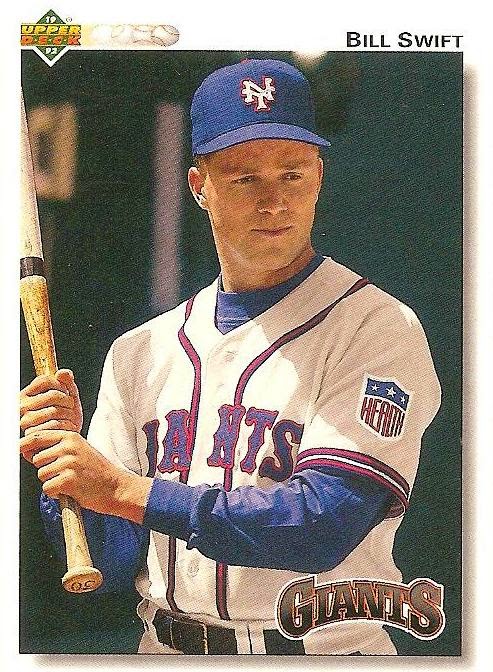 Throwback pitcher with a bat. 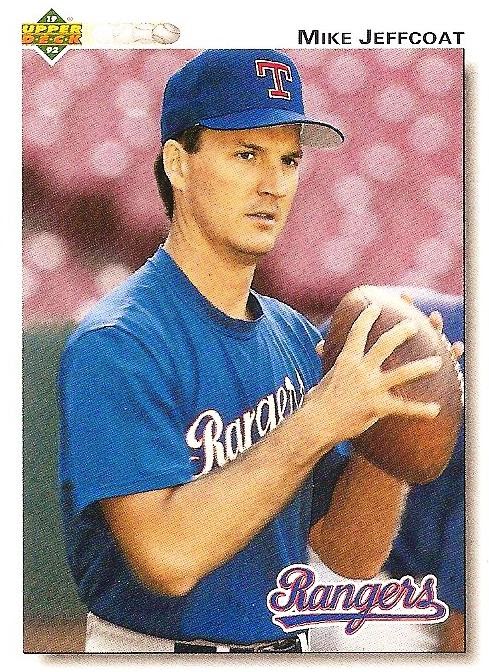 Okay, its just another football. Backside hits the binders too. 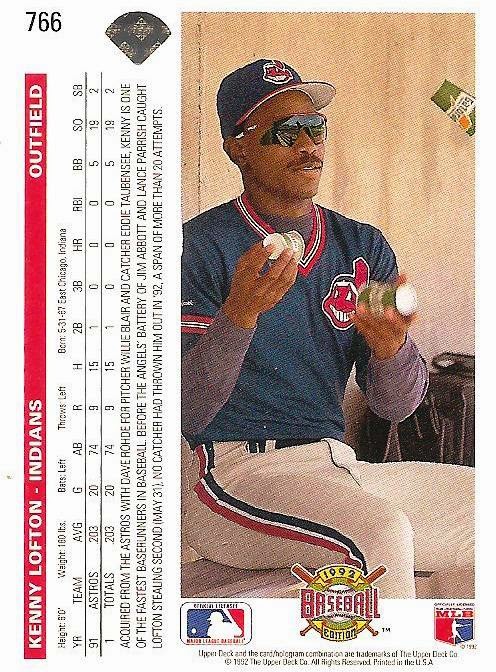 I often tell myself I am going to keep the juggling cards, I really mean to start. Here is one but no balls, Gatorade cups. 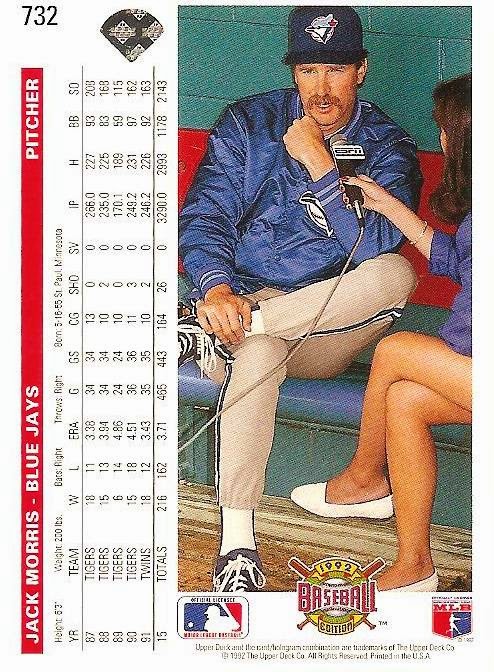 That is the nicest pair of legs I've seen on a baseball card, wish I could pan to the right. 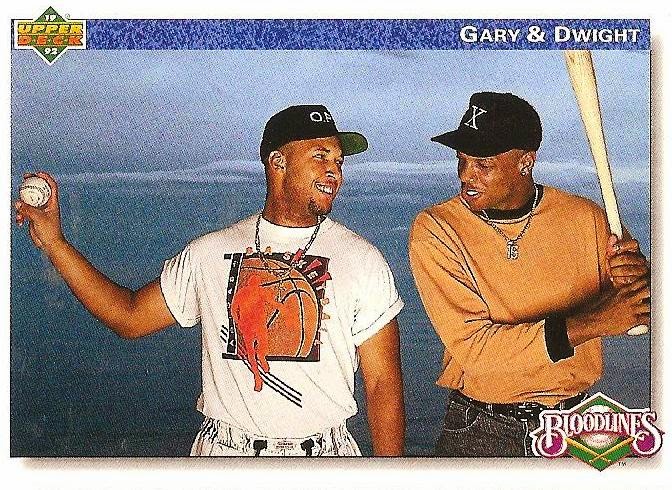 Okay here we have Sheffield gripping the ball as if he is a pitcher, and have Doc pretending to be a hitter. Backdrop is pretty neat as well. 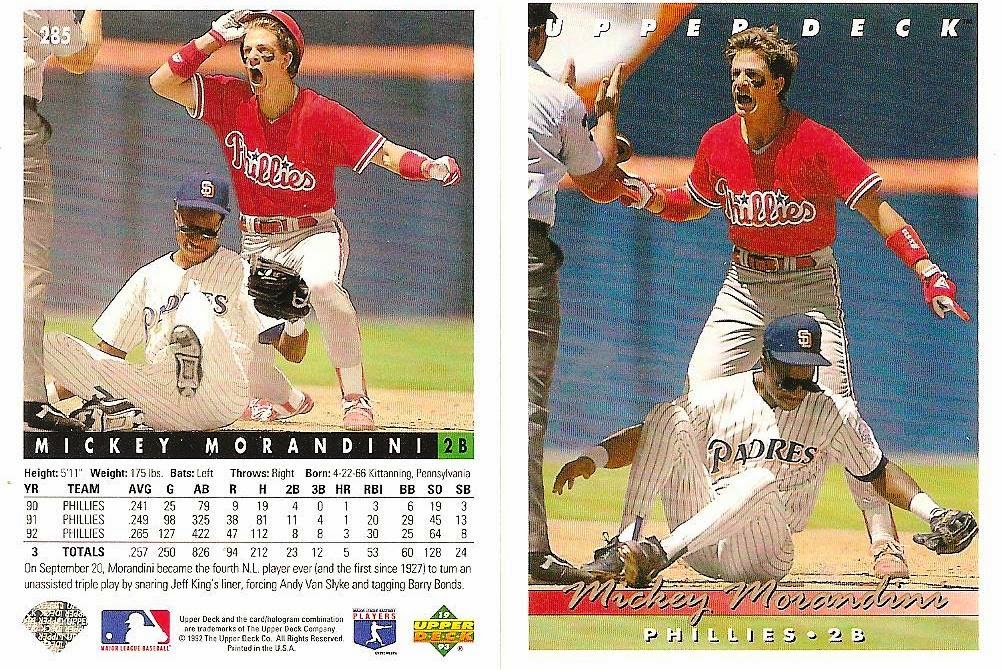 Front & backside of this card tells the story.  The backside has the first pic of Morandini disagreeing with the umpire. The front of the card is the second shot. 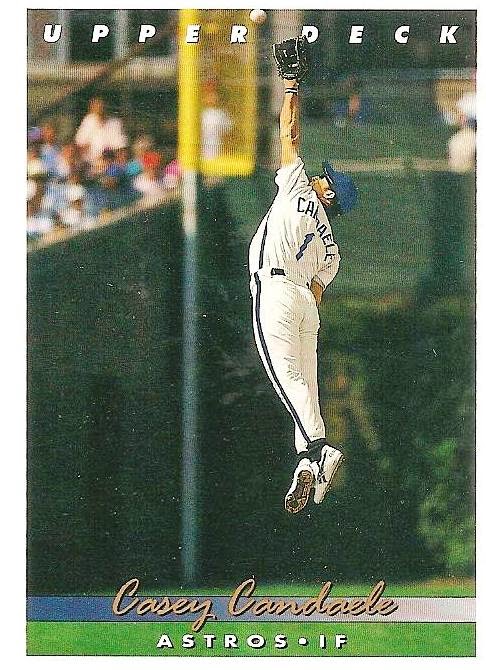 These two cards have three back to back to back shots of the same play. First Manwaring sliding into home. (love the catcher vs. catcher shot too) Again the backside of the Carter card has the first pic, and the front has the final shot of the play. I will agree here the right shot for the card front. 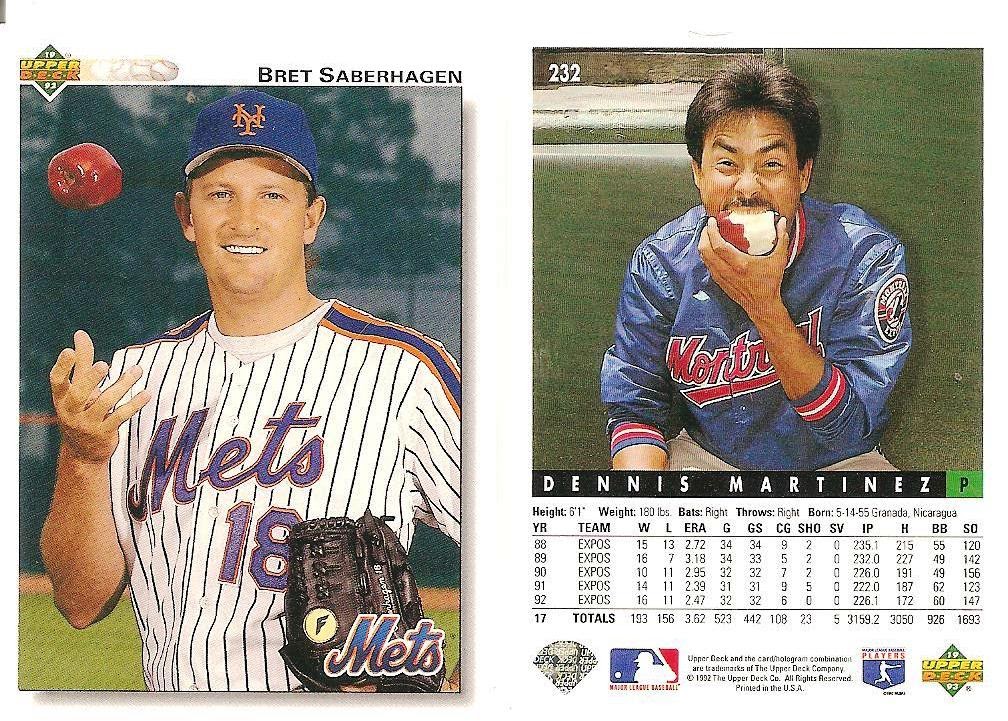 A couple of Apples. Not your everyday cardboard for sure. 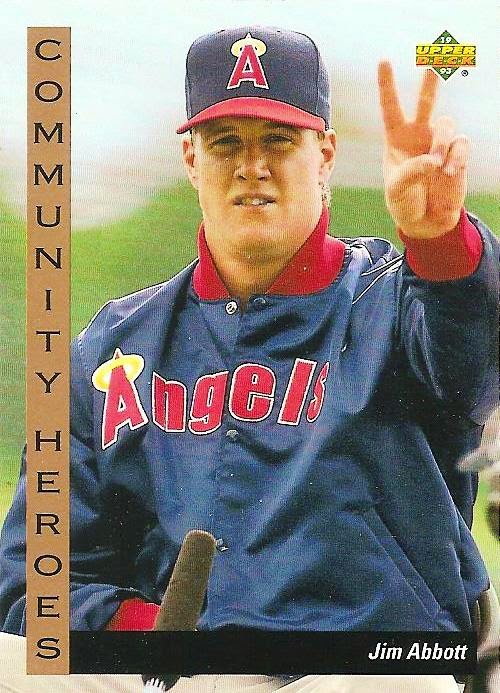 Yep Jim makes the blog with that Peace sign (I see a microphone too), the backside lands this card firmly in my binders too! 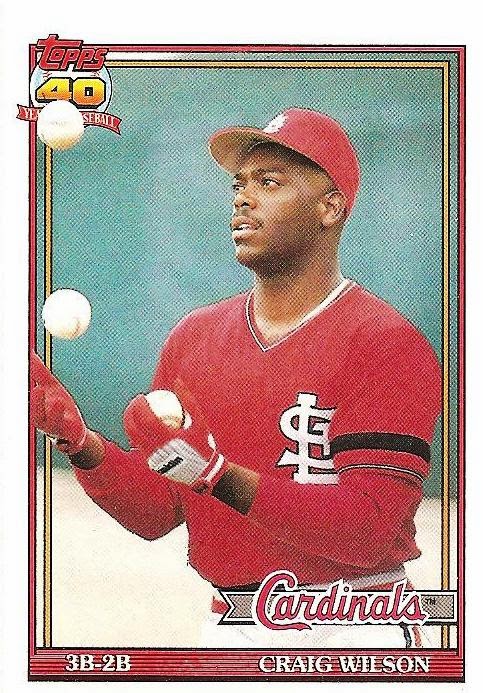 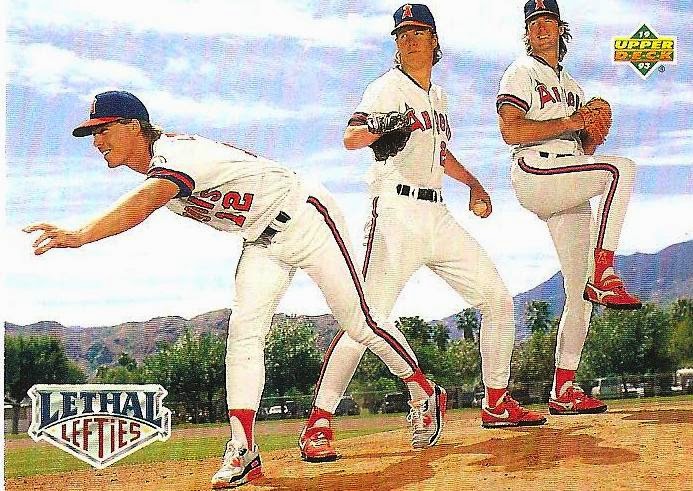 Here's another card that is NOT a multi-exposure, but is still going to land in that binder.  I really wish those shadows were much darker. Would made this card even more Lethal (pun intended). 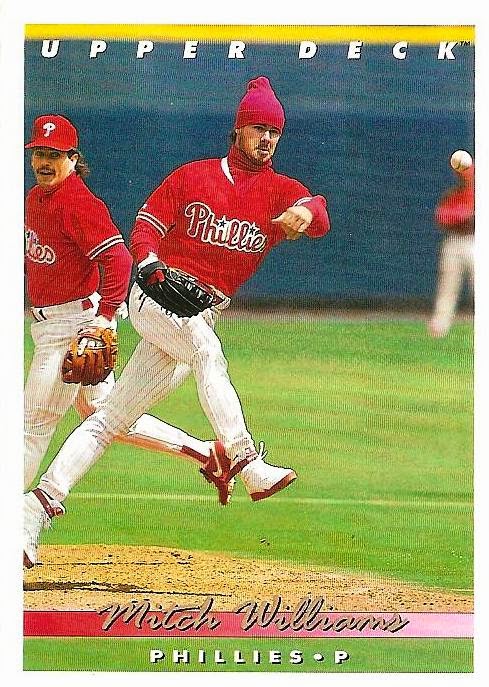 The Wild Thang horses around almost much as Roger McDowell, almost. Of course this is a real warm up practice. Check out those thick rubber bottomed high-tops, they go well with the toboggan. 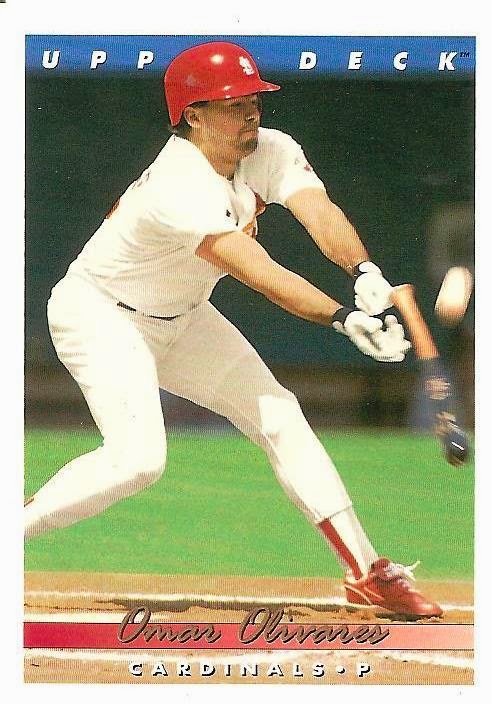 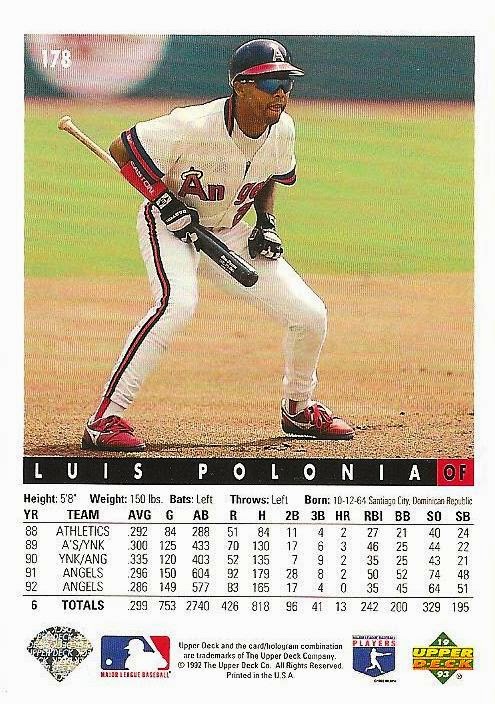 I'm not sure if I have ever posted this card before so here it is. Obviously cutting up for the camera, but still a funny shot with the bat off of second base. 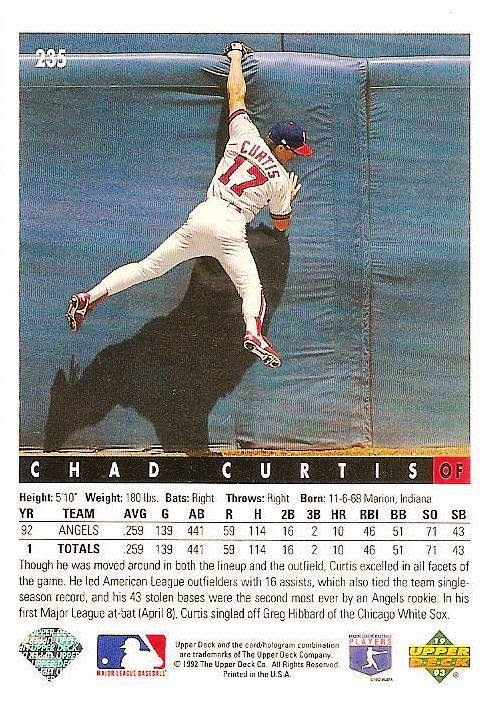 No, its not that this card is an "At the Wall" shot. It is the SHADOW!   Looks like a BEAR doing a HANDSTAND. 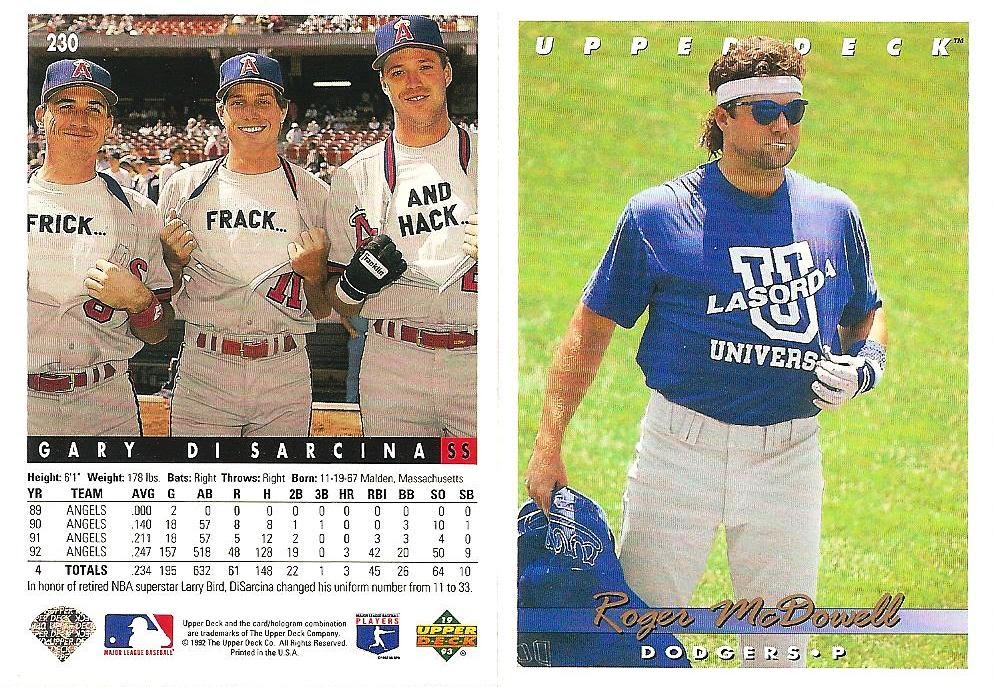 Some T-shirt Tributes. I wonder if McDowell had the shirt made, or if there really was a few of these around the clubhouse for those players who need educated by Tommy. I may consider adding these T-shirt cards to my binders in the future. Not right now, but they do make for interesting card posts.

That is enough for today, like I said that 1993 Upper Deck is loaded with gold for the "mini collector"

Posted by Johnnys Trading Spot at 12:02 AM