This post was supposed to have been yesterday. I thought I had published the draft. Guess I didn't.
Continuing on with more interesting cards pulled out of those tubs. 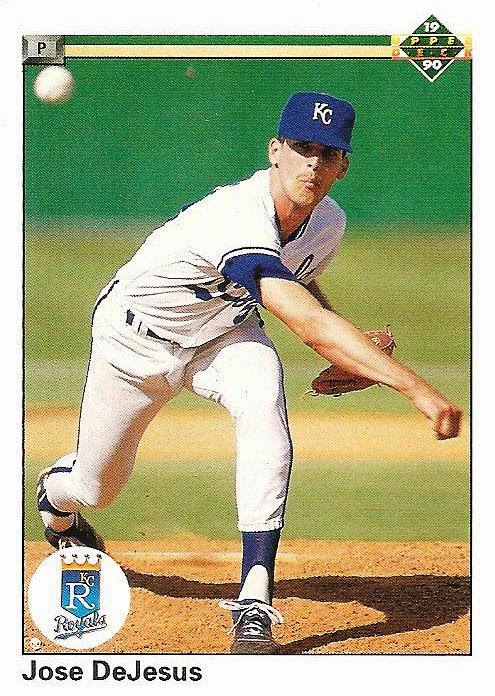 A Shadow Shot. I see a "high heel shoe" 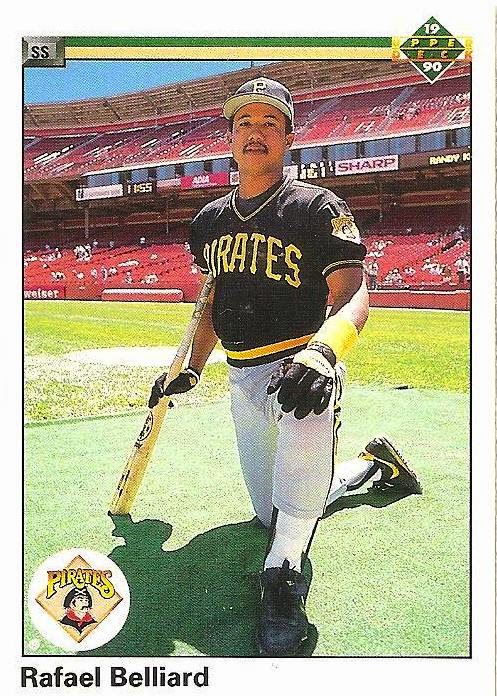 Another Shadow Shot, just not sure what that looks like, Myabe the Robin williams "Alladin head shot" 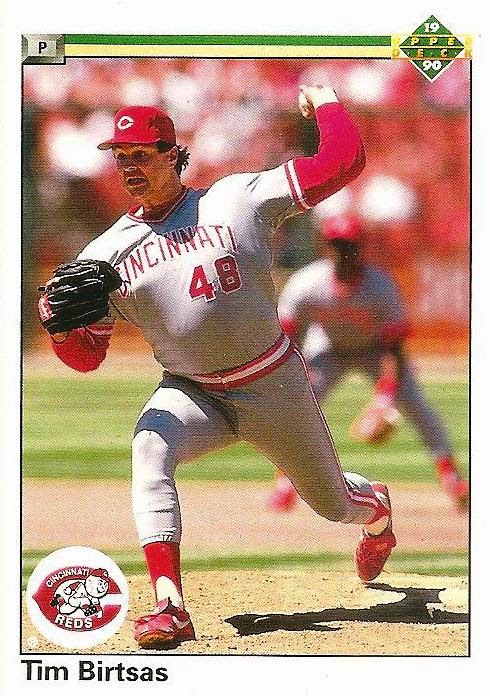 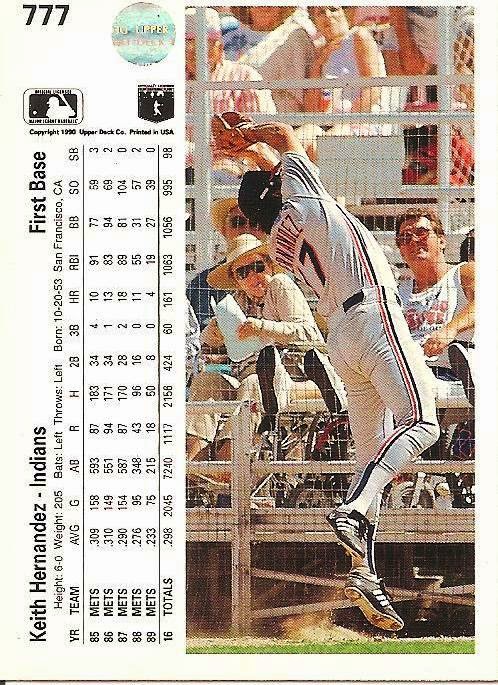 Look that elderly lady wasn't sure Keith was going to catch the ball. 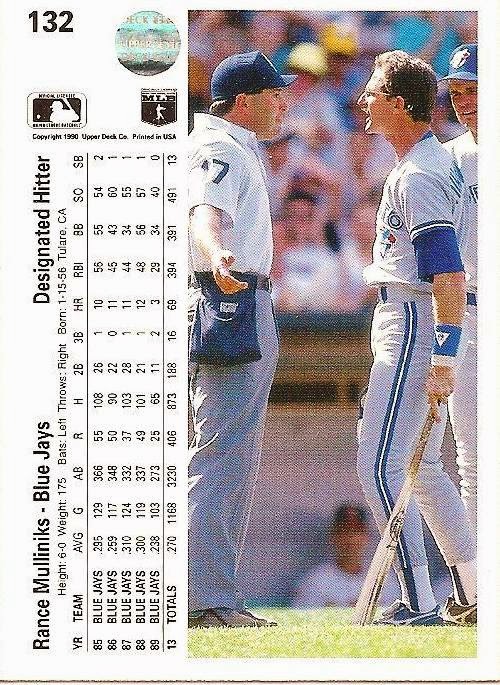 YES, arguing with the UMP! 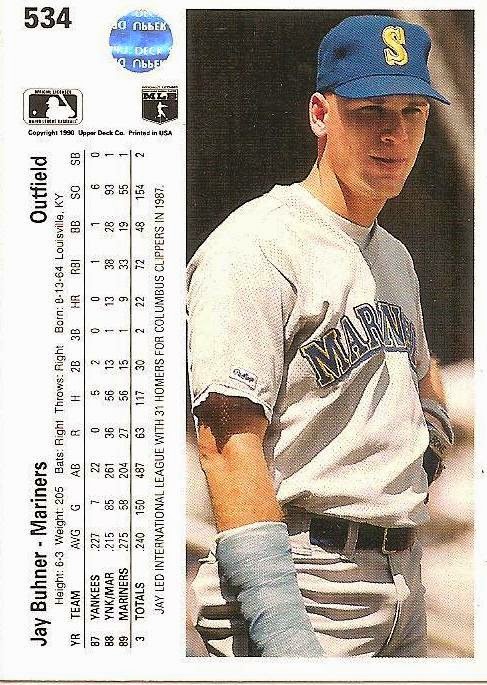 How often do you you see a cast on a baseball card. 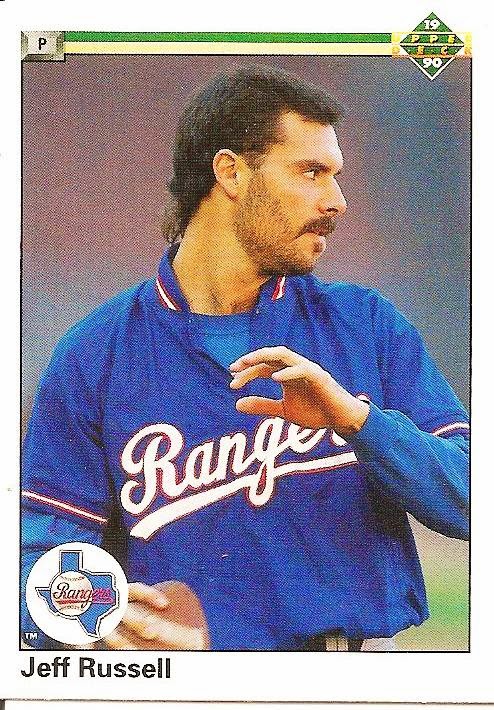 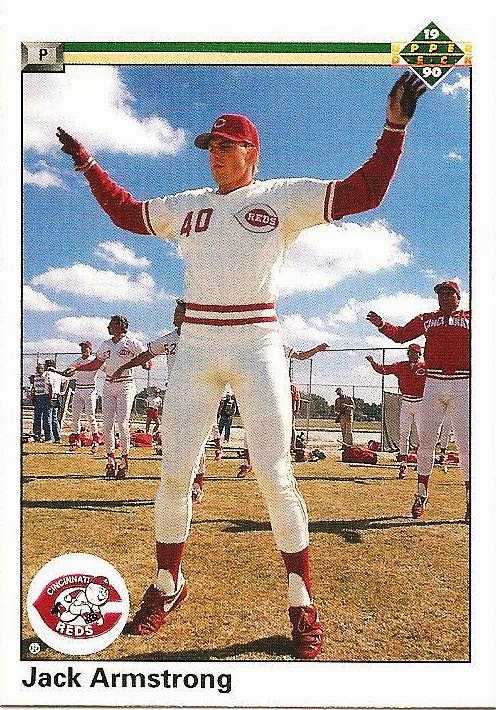 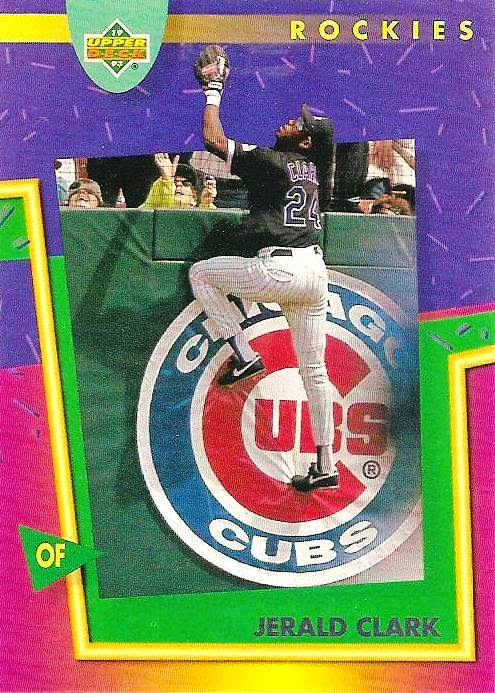 Now Clark got up that wall. There must have been 200 from this set in the tubs. I've scanned just a few of them that "had something to say". 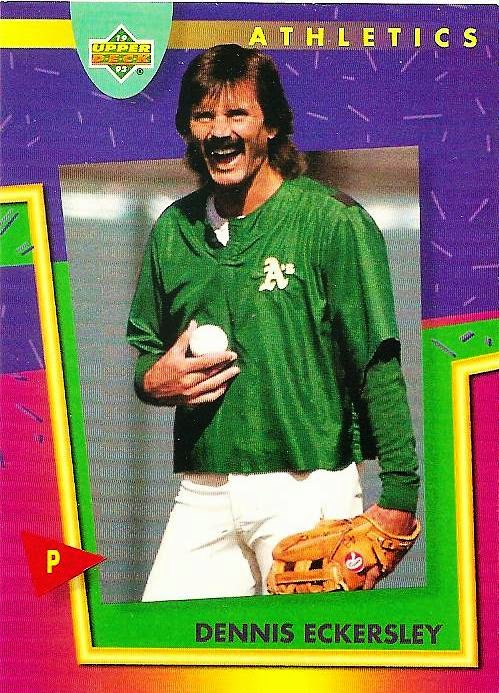 Obviously Eck was making/referring to a joke of some kind, but I have no clue what it was or significance of centering the ball on his chest. Interesting none the less. 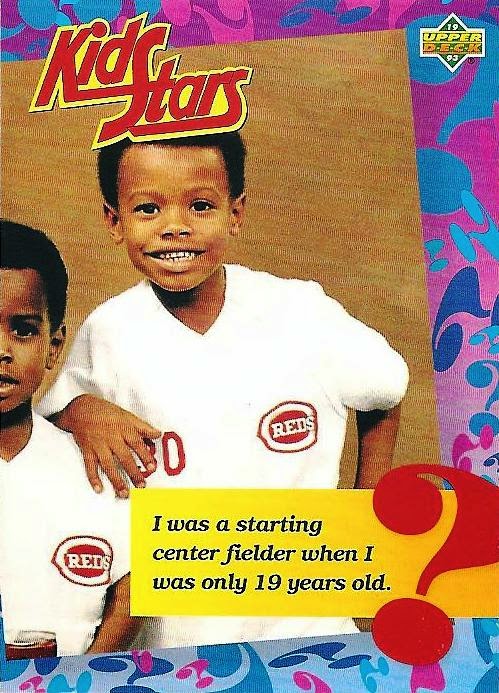 Yeah yeah, we know that is Griffey Jr., but who is that other young fellow? 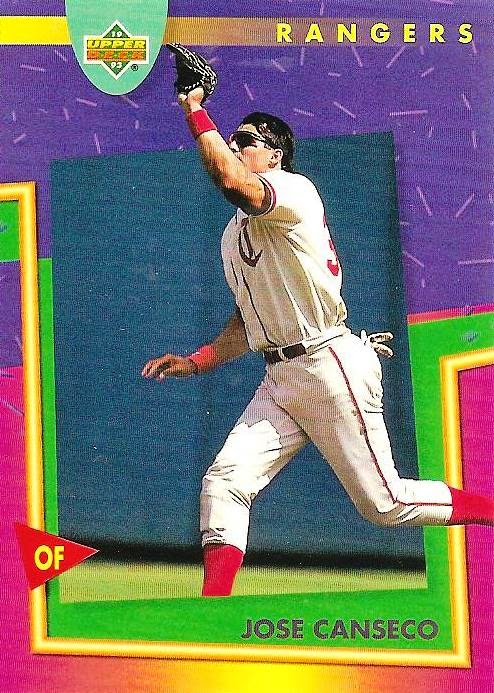 Throwback..... What? You thought I would say something else, haha. 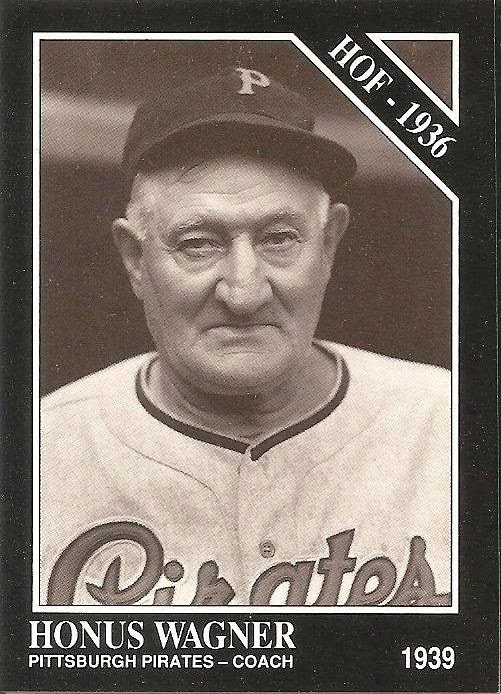 Again there must have been 2-300 of these in the lot, including the HOF lot like the Honus above. I like them (the HOF subset). 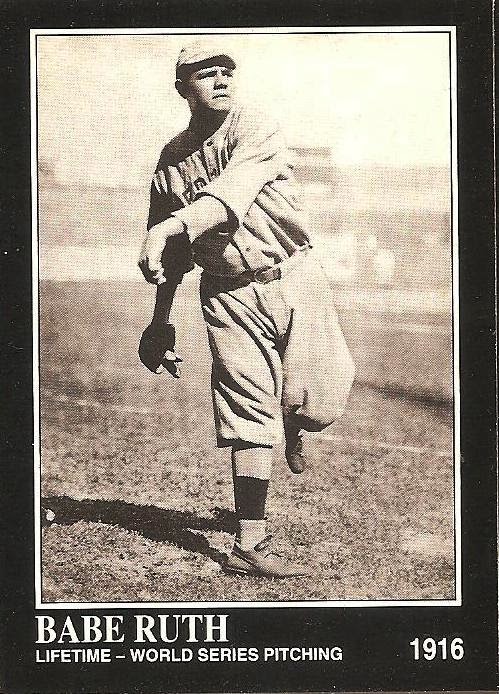 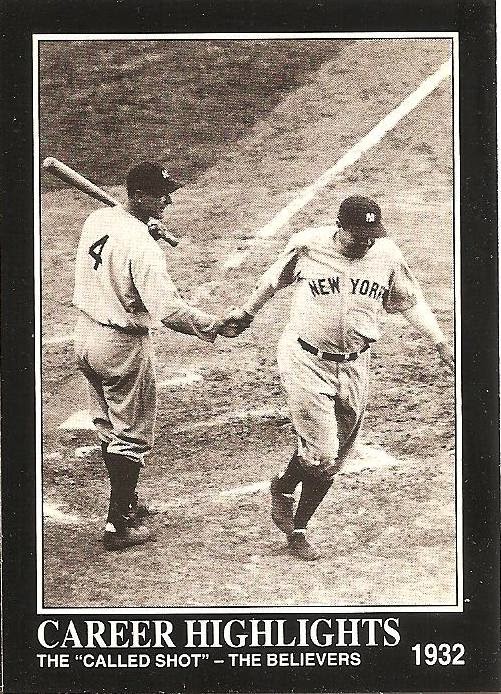 A nice pair of Babes. 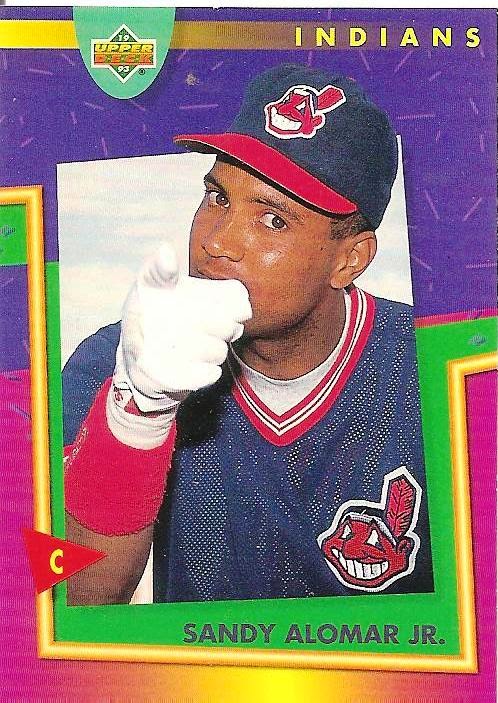 This one popped up in the wrong order, oh well. Sandy is thinking : "I warned you!" No,  maybe "you better not",  still no.... okay he's just having fun with the camerman/woman, and is holding back a grin. 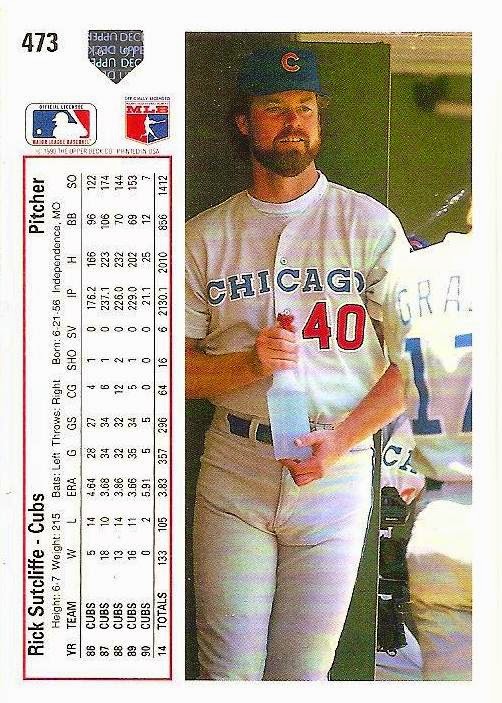 I thought relief pitchers handled the clean up. 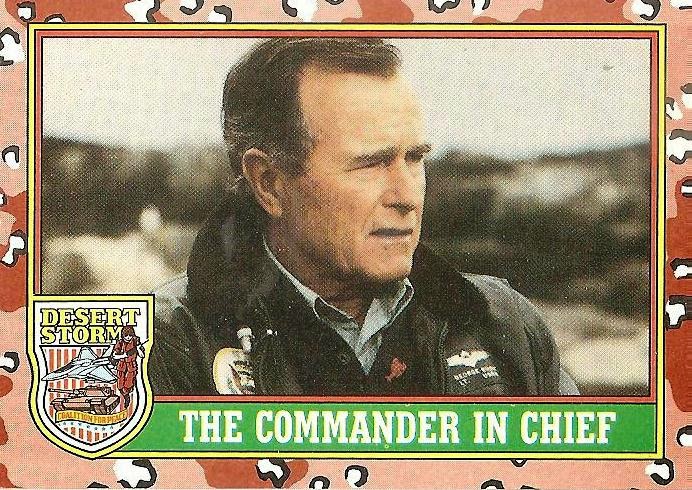 Several hundred of these were the tubs. I actually like these rather than the other 1991 Desert Storm sets. There were a handful of stickers too. One day I will put them in order and list them on my newest page on my website (Non Sports).


I guess that is enough for today. I wish I had scanned some Franken-Set pages for Fridays. Maybe next time I am home.
Posted by Johnnys Trading Spot at 11:26 AM