These cards were pulled from those two tubs of fun from two weekends ago. Lets put these to a test. Which is the best card? Why? 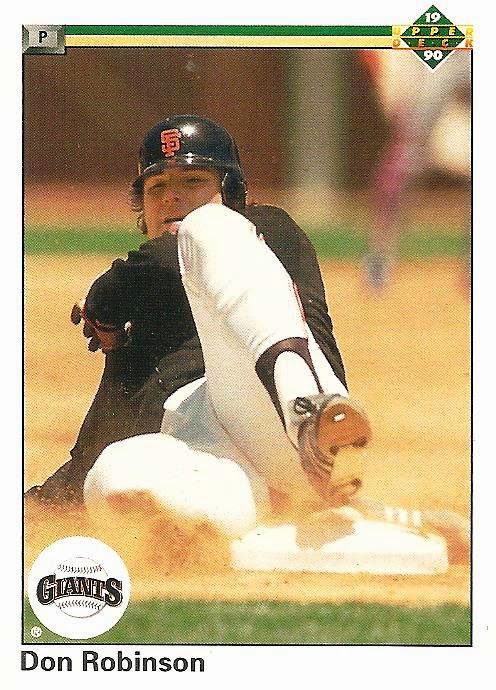 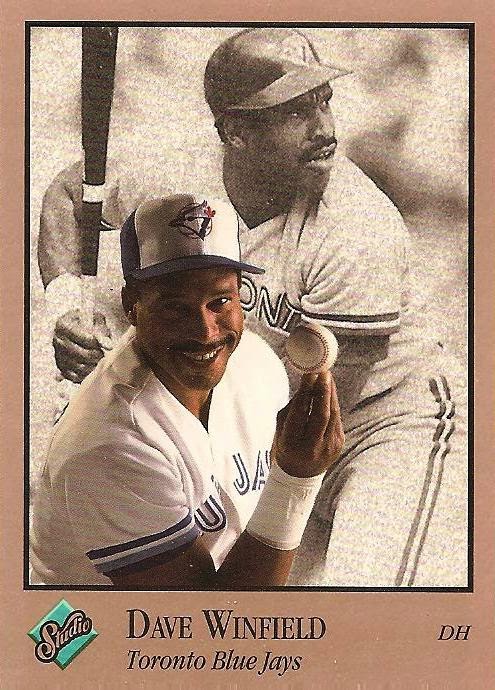 A balancing act. I've tried that, and can't do it. Then again the ball does appear to have a flattened bottom. 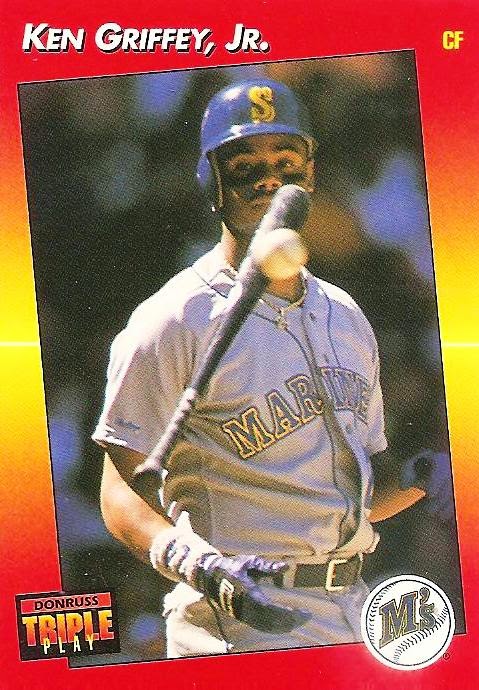 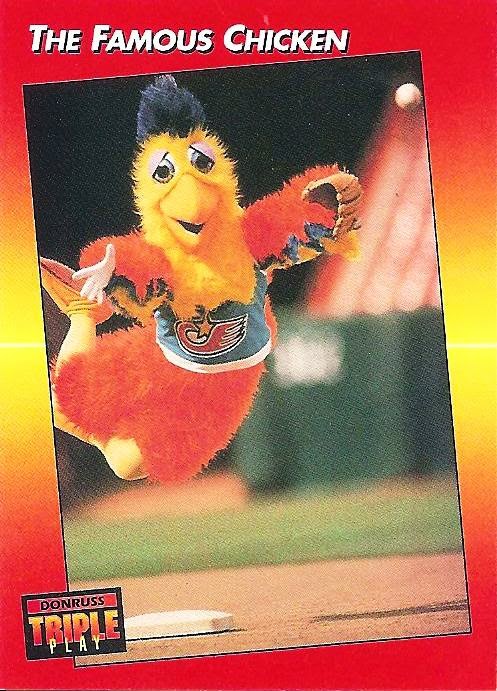 I think this one will make it into my "Super Man" binder. 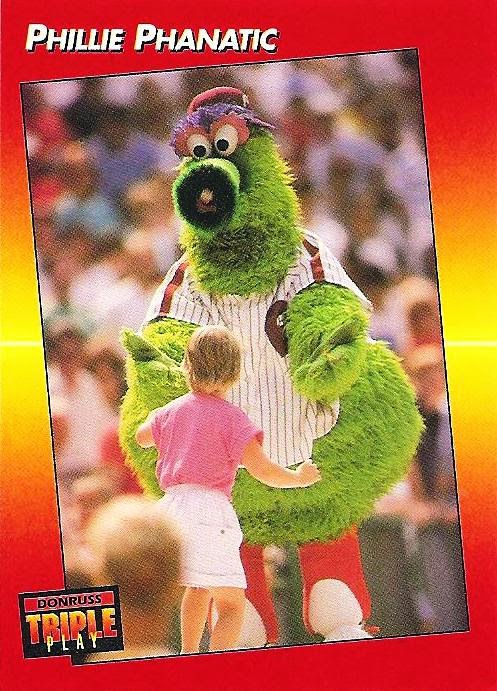 Hey, why not it's cute as far as baseball cards are concerned. 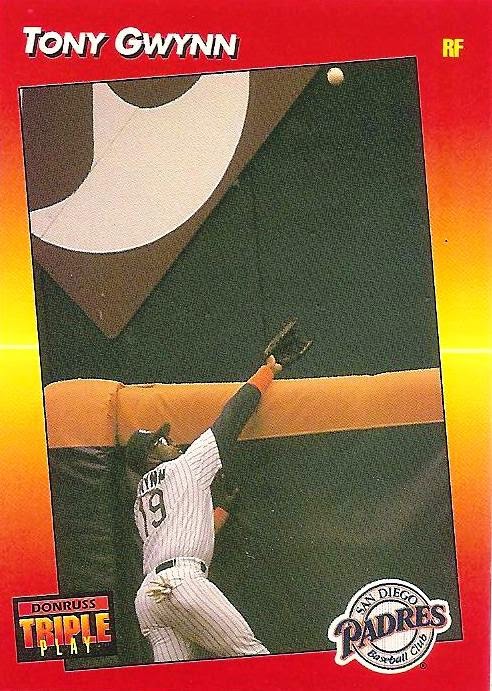 Not just a Gwyn at the wall, but over the wall. 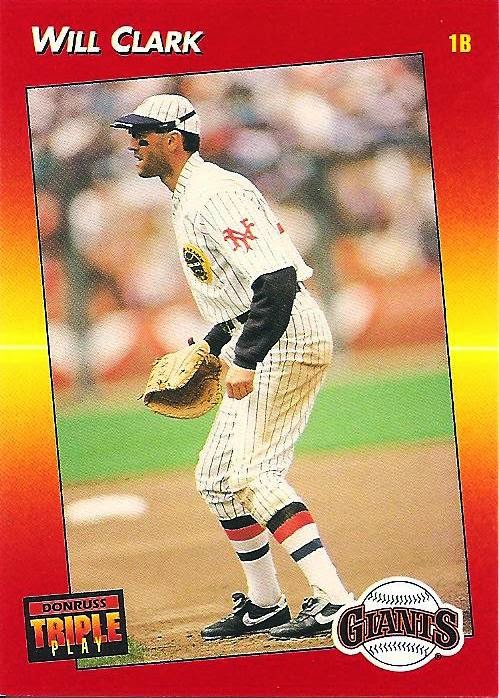 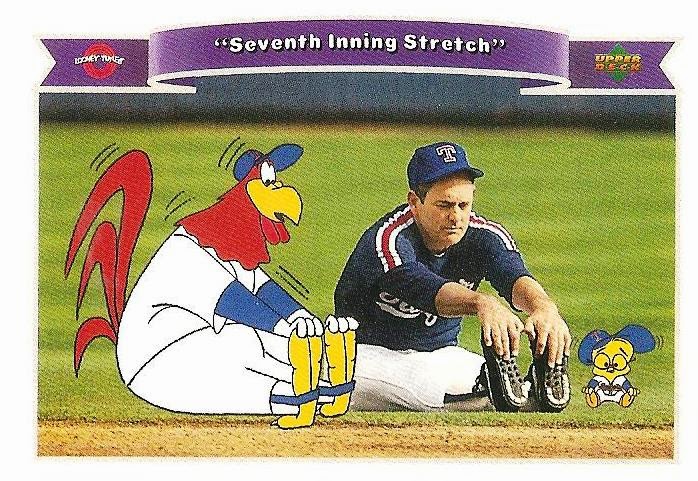 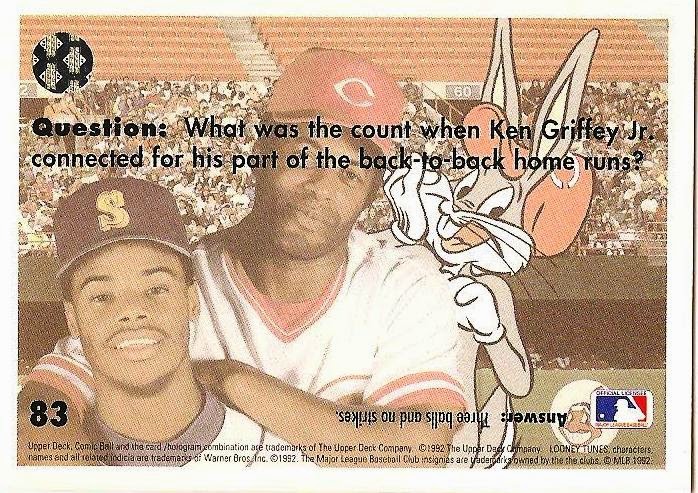 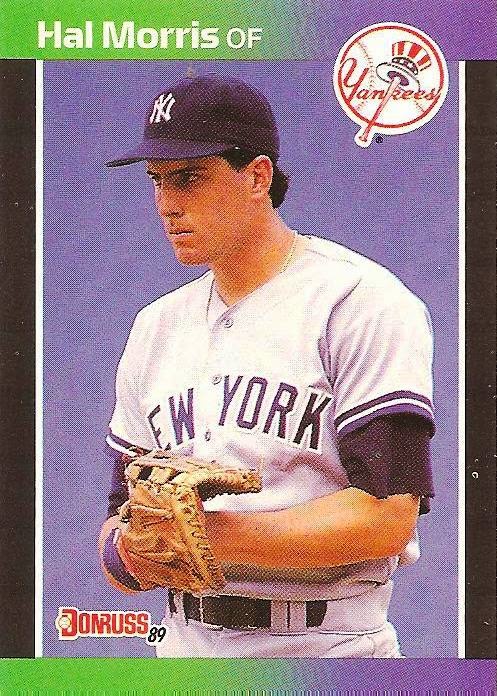 I really dig that pissed off expression! Even pitchers don't get that much on unless its the Mad Hungarian. 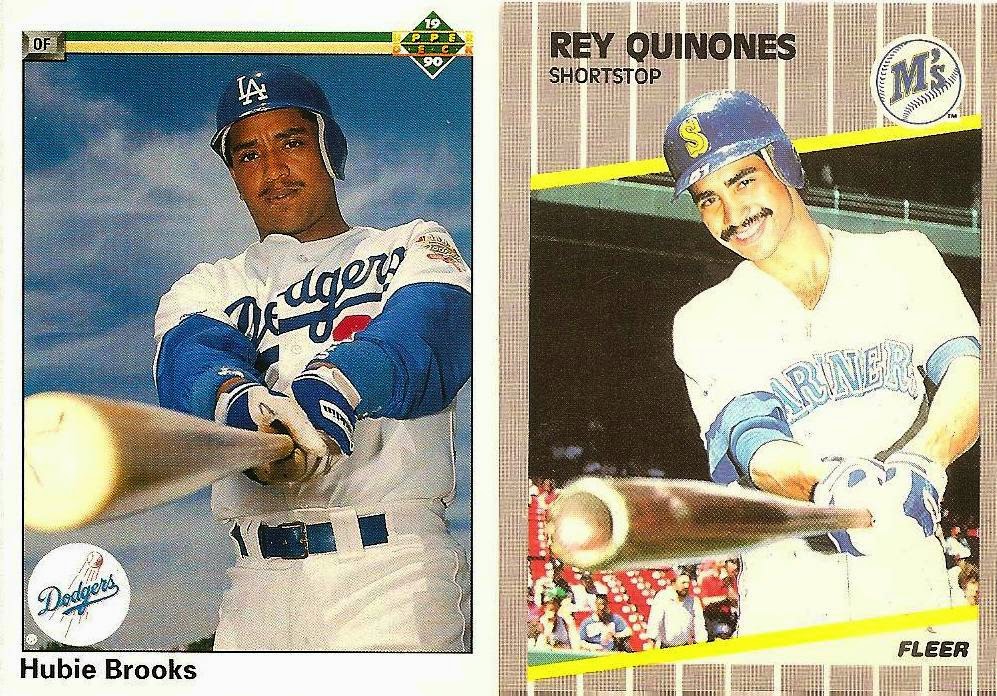 A couple of bat barrels. 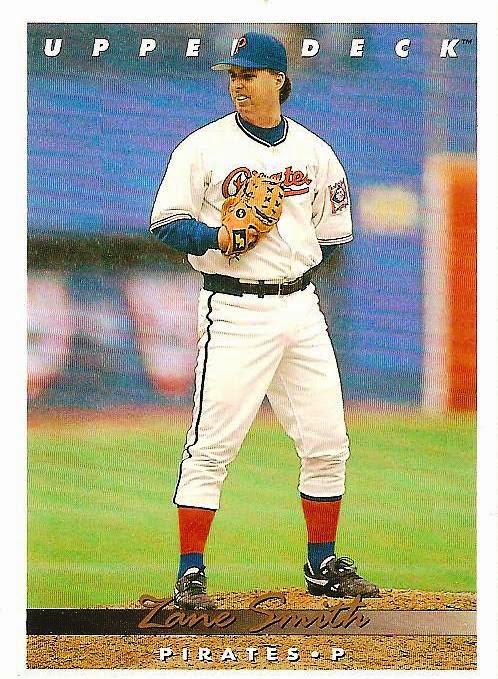 A throwback I've not seen before. 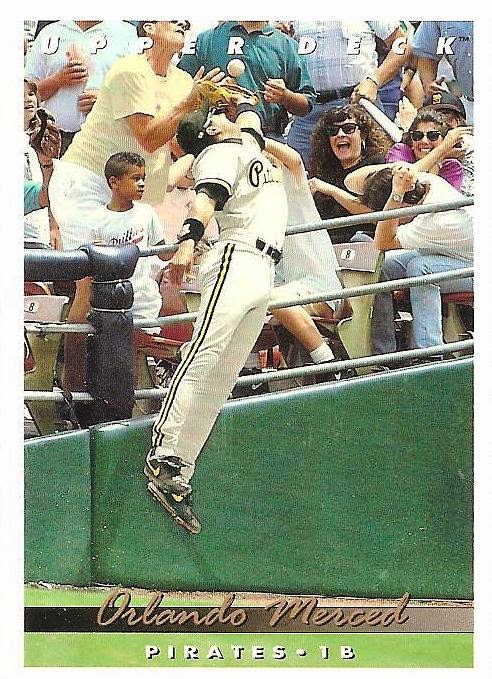 What a grab. This is one of those we seen Sunday or Monday on another blog. 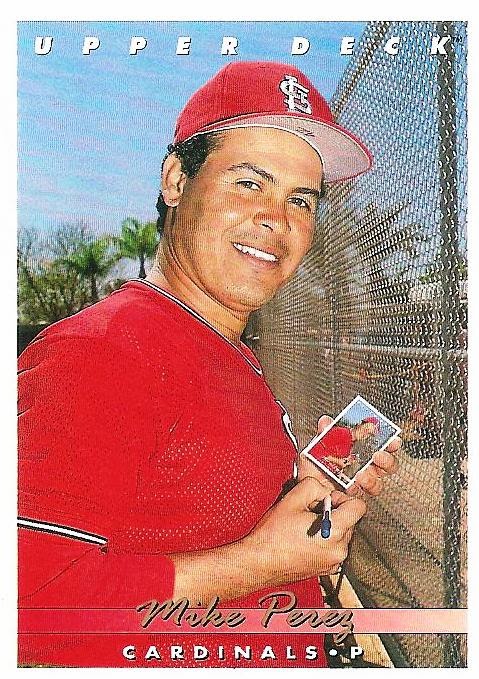 This card is cool because he is replicating what he did when the card photo was taken, and he got it down to the pen so to speak. What I don't get is the card he is holding shows him holding the card too. How'd they do that? 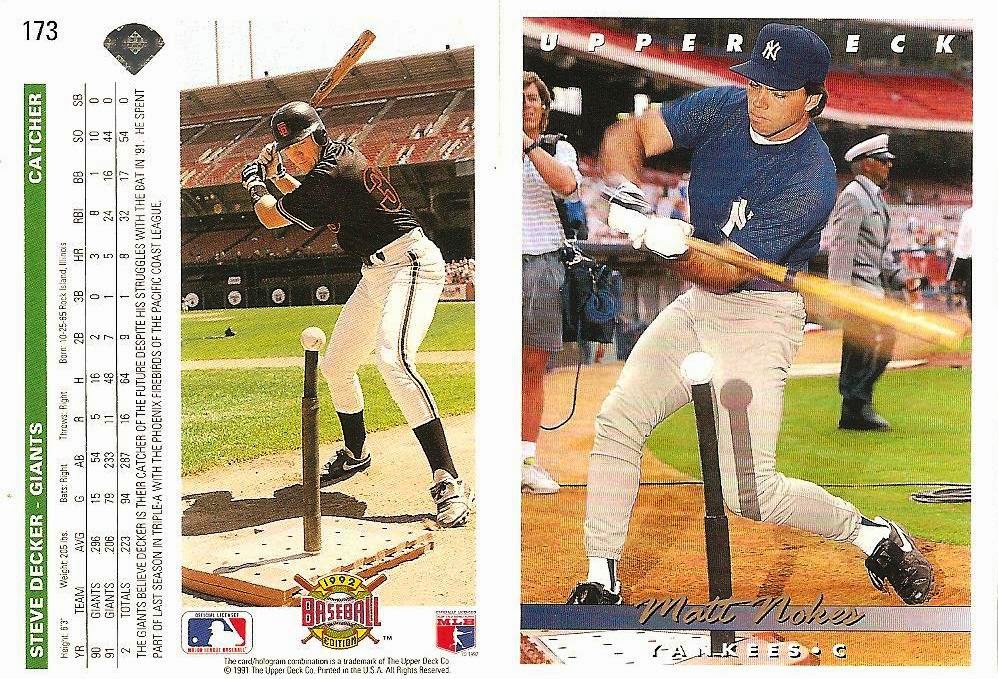 A couple of tee shots. 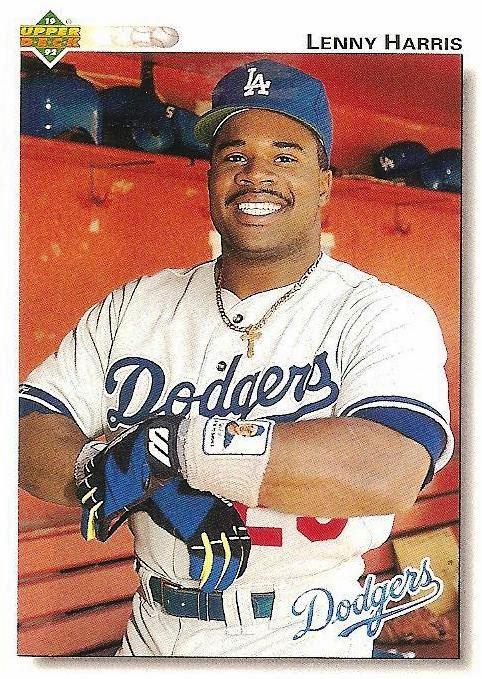 Who is that on the wrist wrap?  Hopefully can get to my house today to scan some other stuff, but still have a few more days of the tubs.

Posted by Johnnys Trading Spot at 8:45 AM