Previously, I had mention about a 200 card order that I placed with Just Commons. I got them in yesterday. As much as I would like to show all of them today, I am not. But you will still get to see many of them. 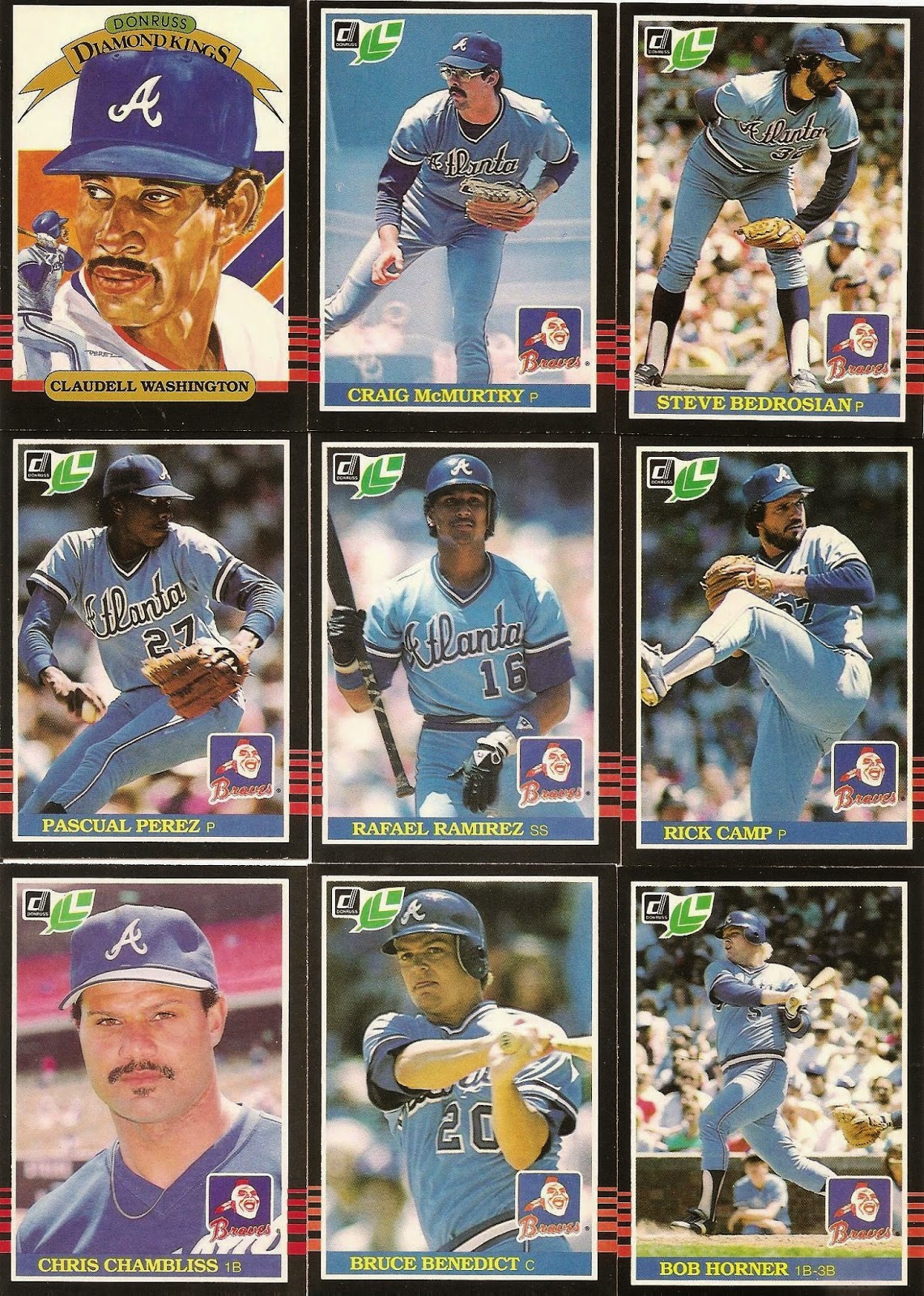 Just showing 9 of these 1985 Leaf. This team set is now down to just one #222.  I even managed to grab an extra Washington Leaf DK for the Diamond Kings Binder that I am building and will scan those up soon as this order came with close to fifty of them. Put a big dent in that binder for sure, again that is for another post. 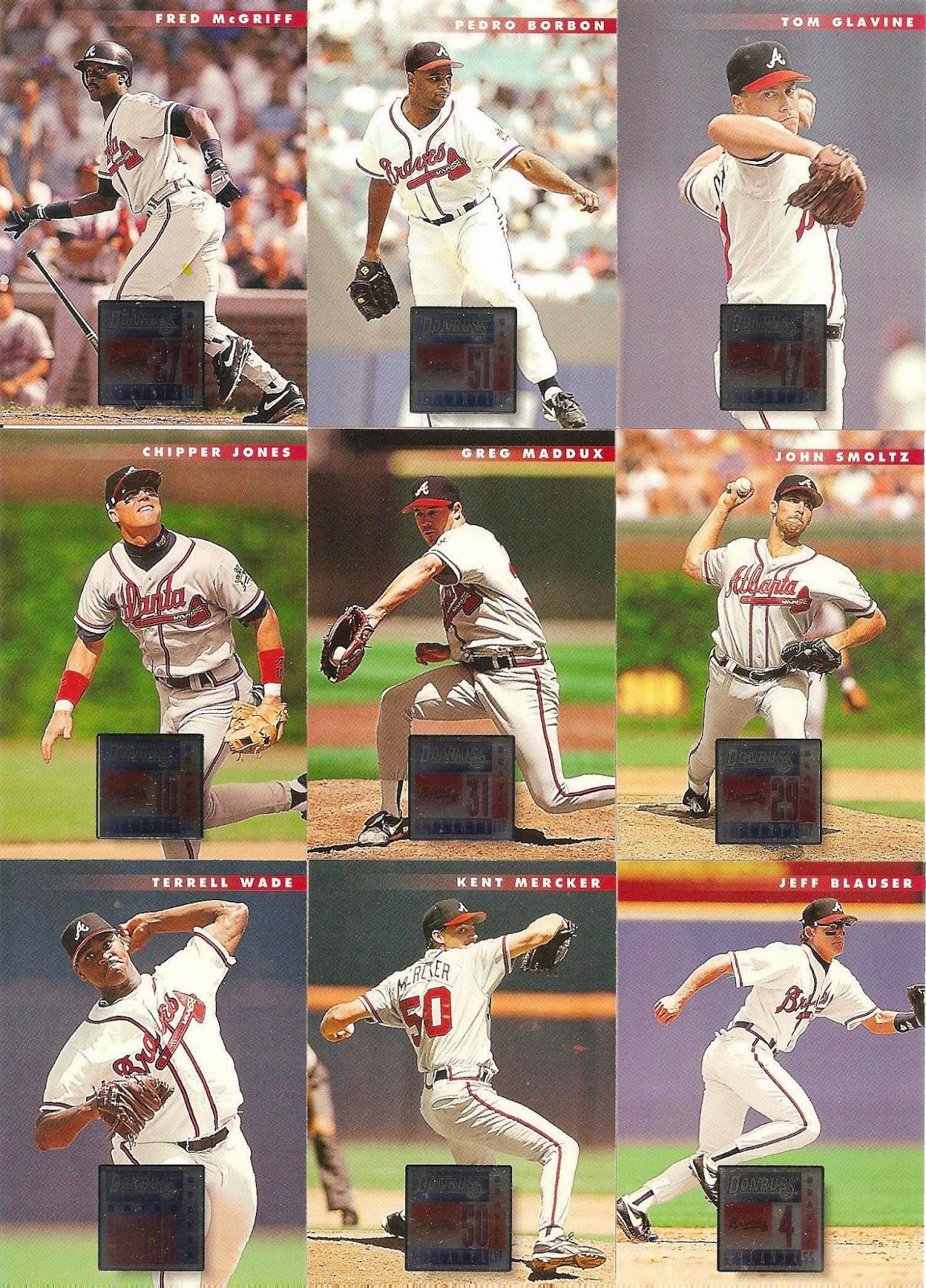 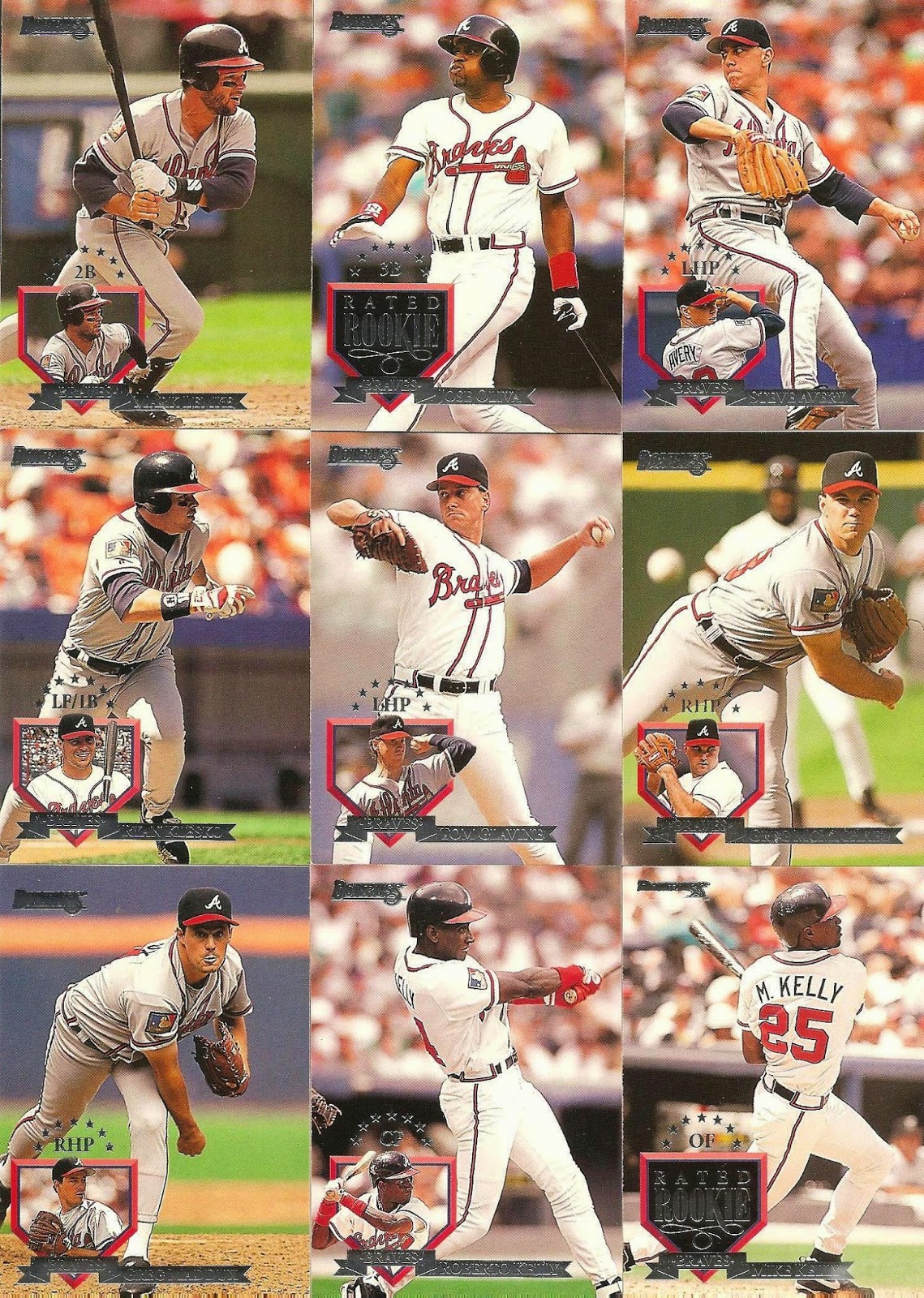 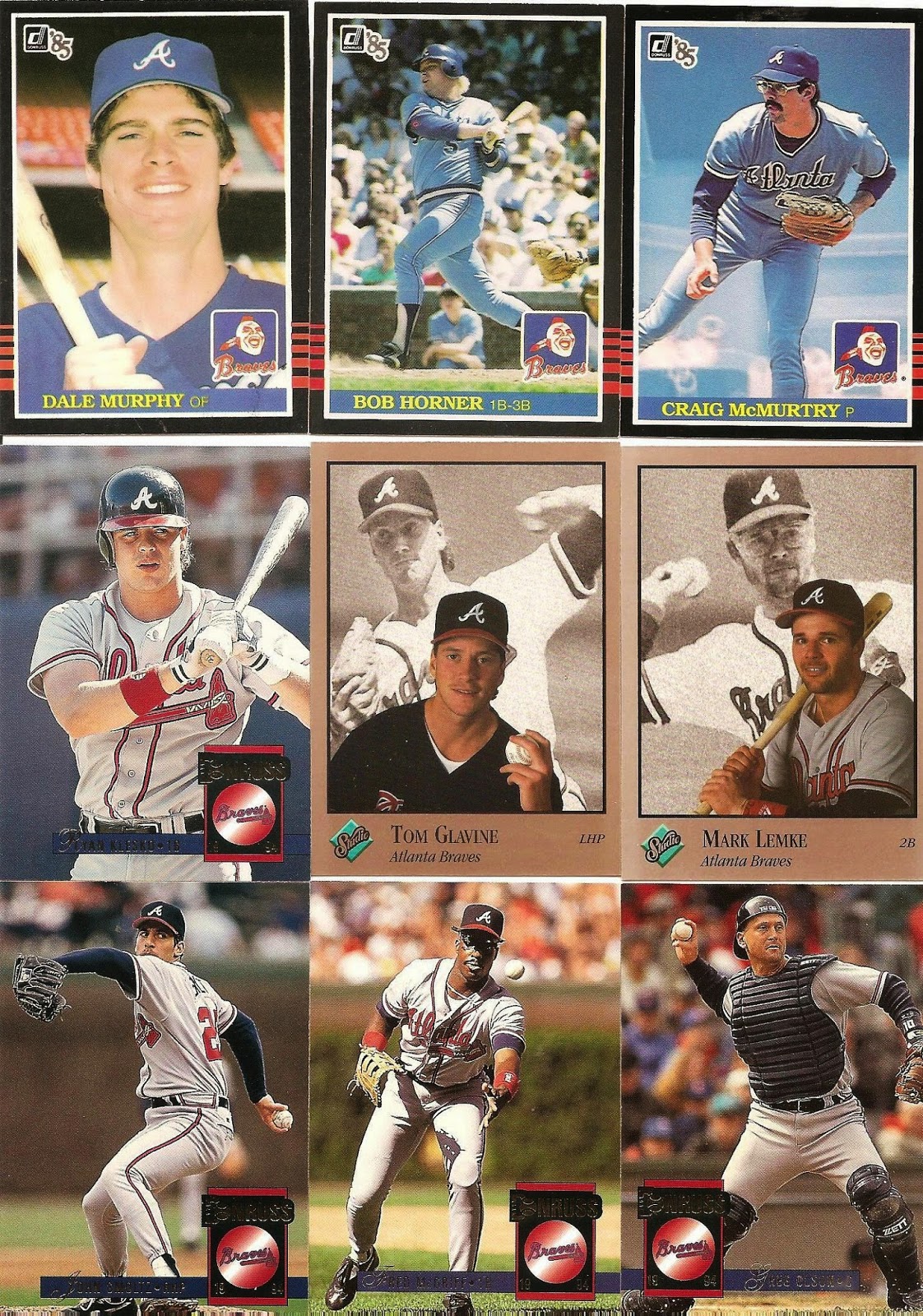 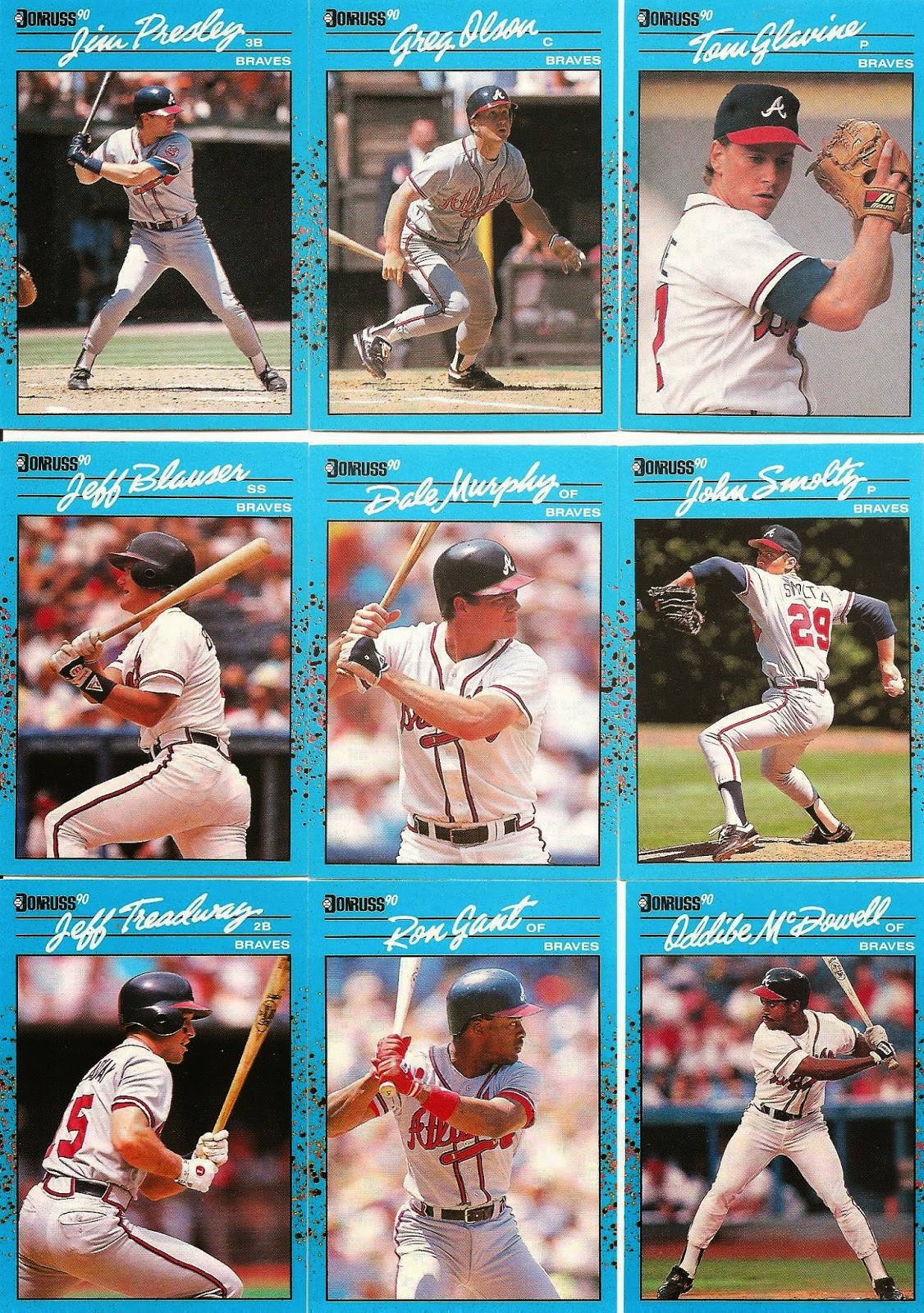 As much as I dislike the base 1990 Donruss set, I absolutely love these Donruss Baseball's Best from 1990, and this is now completed! Three Golds!  Knocked one more off the 1981 Donruss set, now down to three more cards. The 1983 Donruss set is now completed with the four cards above. 1984 Donruss is down to just 4 more. 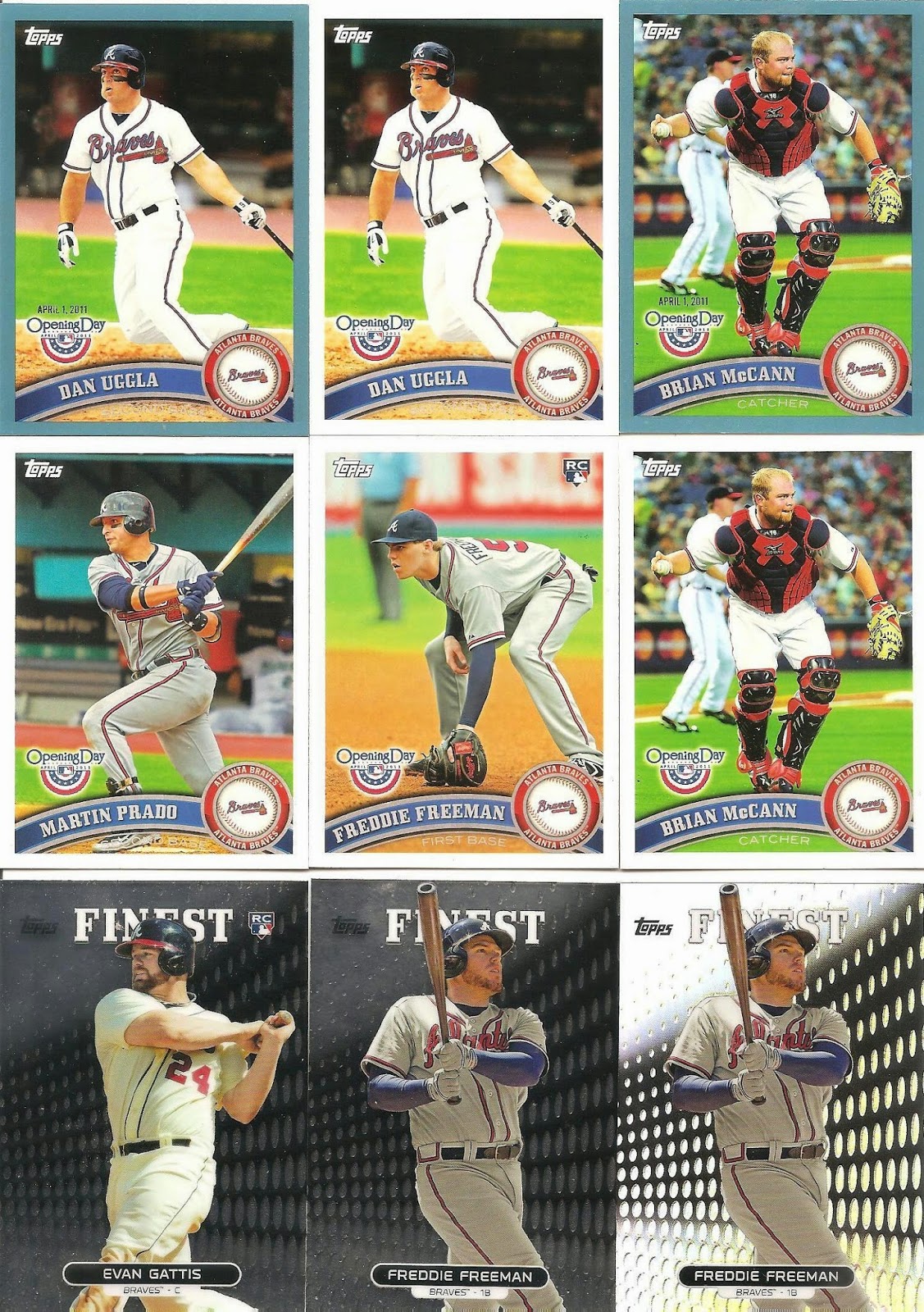 Some Topps Opening Day goodness from 2011 completing the base, and grabbing two blue .
parallels.  Grabbed the 2 base 2013 Finest and the Freeman Refractor. When looking at the 2 Freeman cards in hand, it is hard to tell the difference, seriously. But, the Scan came out out fantastic! 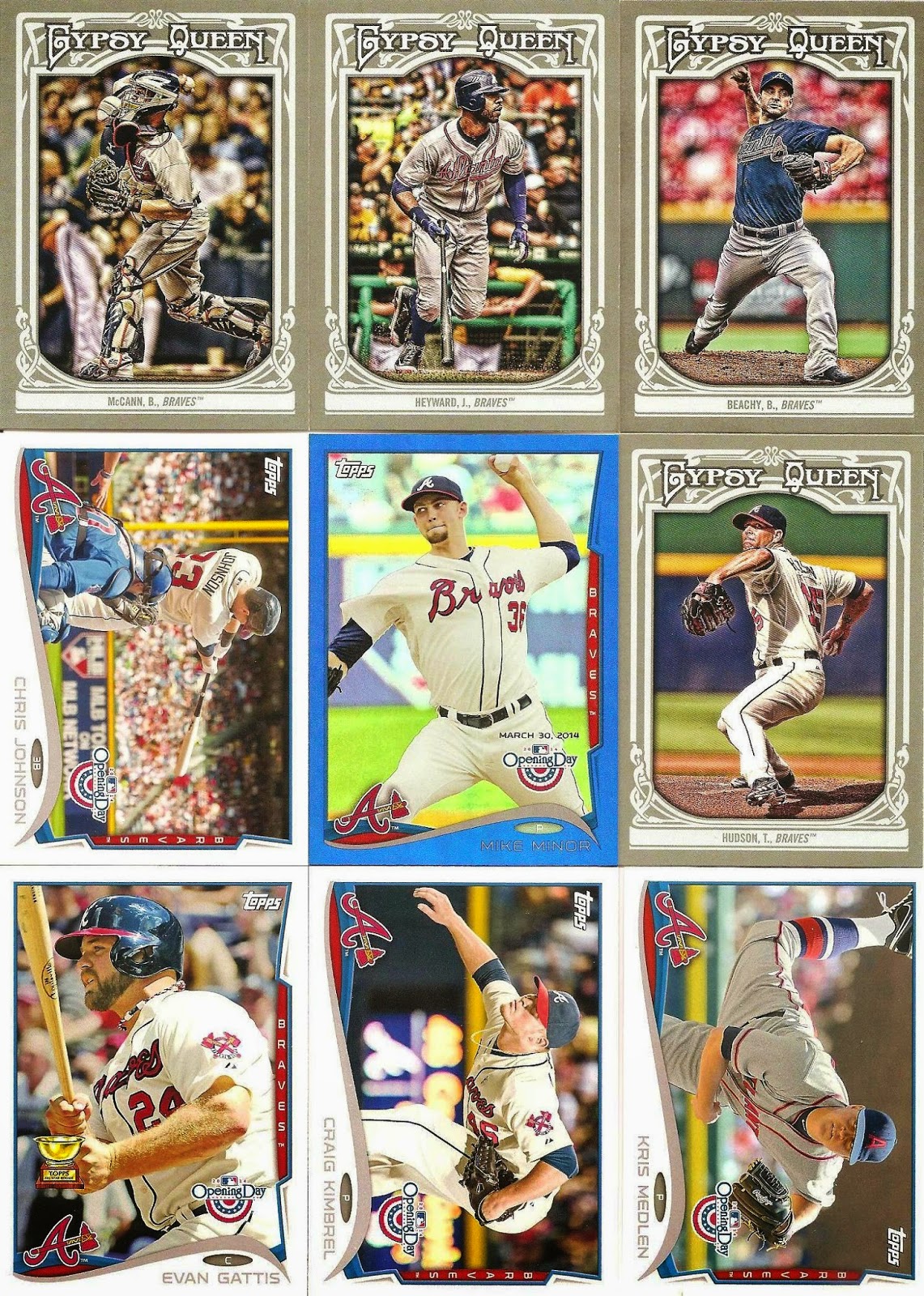 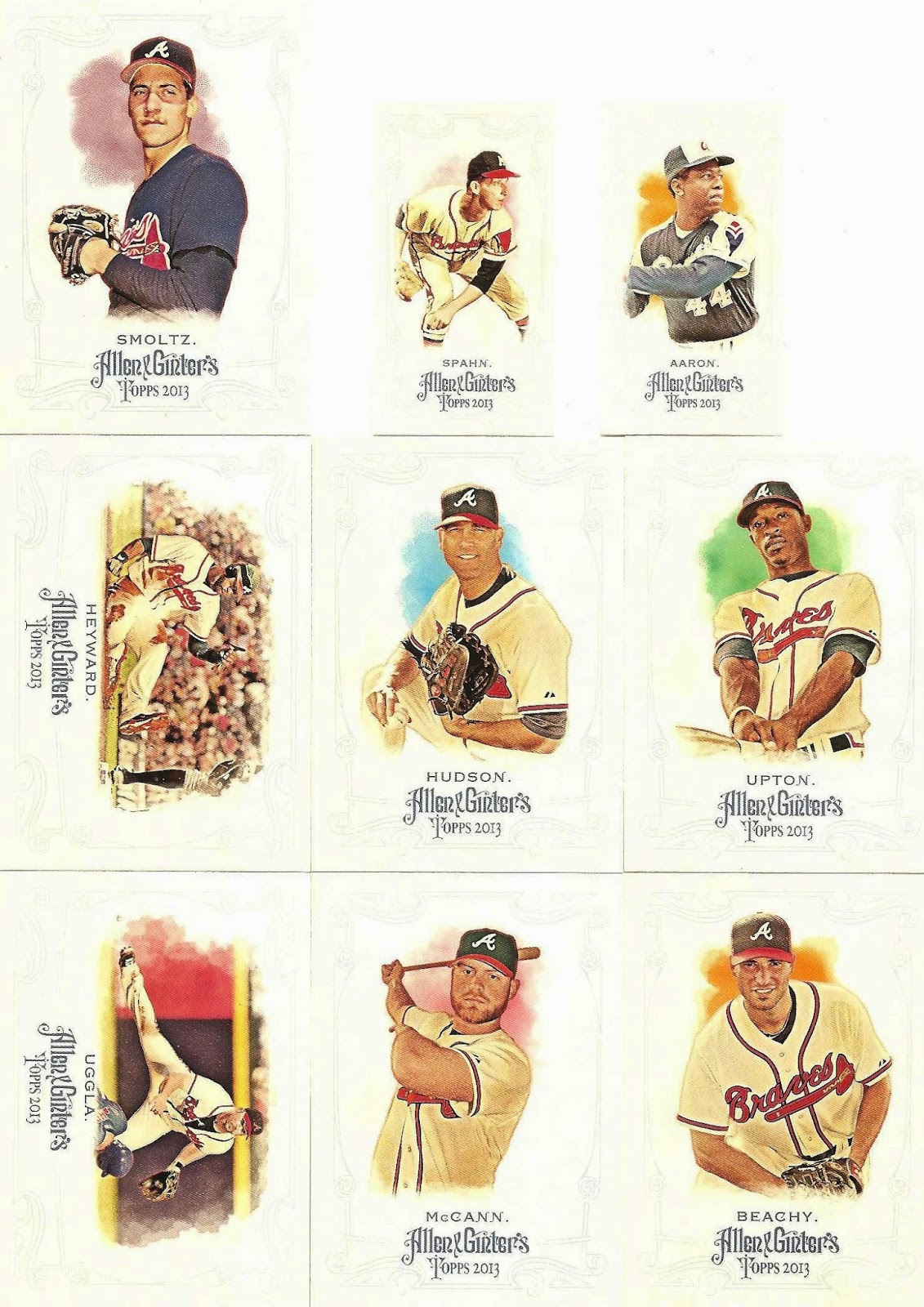 That's a wrap.
Posted by Johnnys Trading Spot at 10:33 PM