Yep, he did it. Sent me on a rampage. Not really. I've been updating my PC's for the last several months since I have not been going to card shows adding to the never ending task. Getting caught up for sure. I didn't think I would be finishing the cards I added to the PC last year and early this year until the END of 2020 (next year). So, I guess the "silver lining" with that  blankety blank vendor in Jax. (you can read my contest post about that ordeal) is that I will be all caught up way before the end of this year. Making lemonade. It is good to look at the brighter side of things (most of the time). Anywho....another person, a blogger at that..... posted the other day about Archives (might have been yesterday, lol). I won't name this blogger, but a lot of people follow him, his team is in 1st place, and his nickname has a feathered flying creature that doesn't sleep much, at least not at night.


Why do I bring this up, because it is his fault too. I just finished updating my Duke Snider PC (still working on the "S"'s), and noticed this..... 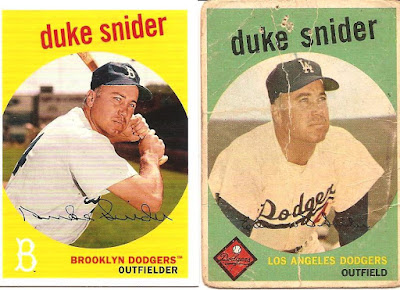 Yeah, not even close. 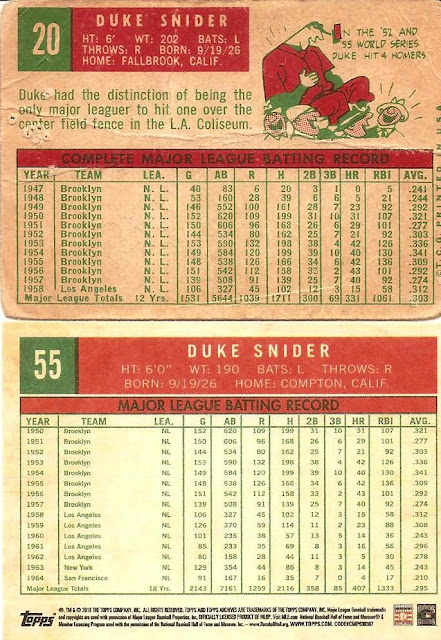 The backs are even worse. I get the full stats on the Archives, that doesn't bother me at all. In fact the different looking front I can live with myself.  But, no cartoon, come on..... really? They could have done it. At least they could have gotten his 1959/60 weight right, but nope. He lost 12 pounds as he aged looks like he changed addresses too. Stuff like this could be confusing, but it isn't all Topps' fault. 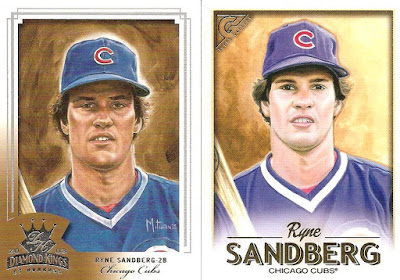 Obviously the artist renditions above come from the same archived photo. 15 years in between and they couldn't have come up with a different shot? Please.  More confusion still in my "S" catalog. 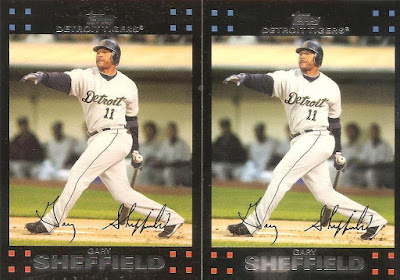 These are not the same card.  Not a parallel or team set card either. 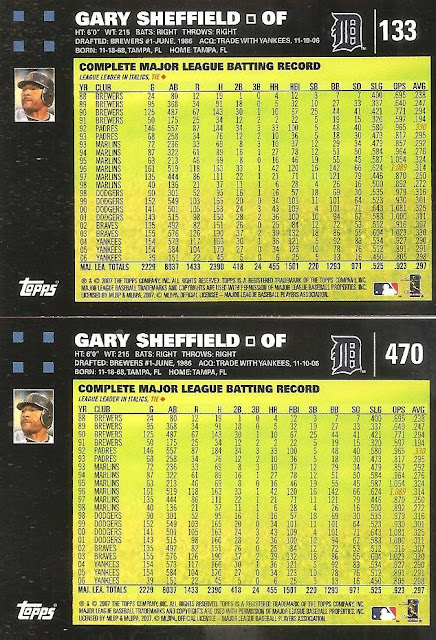 Both cards are from the 2007 Topps base set.  This I don't understand at all. Same team, same photo, WTF. Why 2 card numbers with nothing else different?  Wait...... there's more Sheffield confusion. 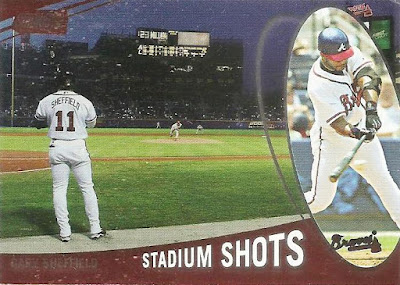 Here's a great night shot in Atlanta's turner Field. It's a Braves card right? It's an insert right? An insert called Stadium Shots depicting that Stadium. All is good for this Braves fan......for now. 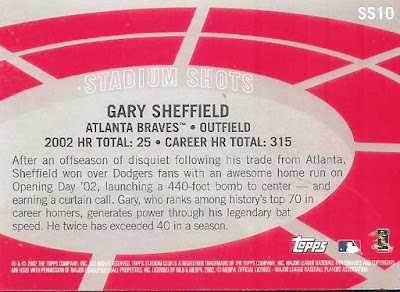 Here is the card back. This sounds like it should have been a Dodger's card doesn't it.