A trader buddy sent me some coupons (6) for Topps baseball cards. 1 was for $3.00 off a factory set and the other 5 were for fat/hanger packs. I cashed in on  of them. 2 Archives fat packs and 1 Chrome hanger. I'll show the Archives tonight. Compare packs vs pack 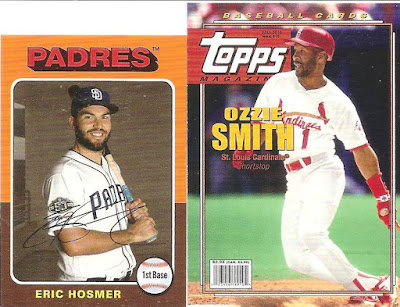 Each pack came with two inserts. Here I got a 75' mini, and the standard insert Topps Magazine. I would obviously rather had pulled Braves there. 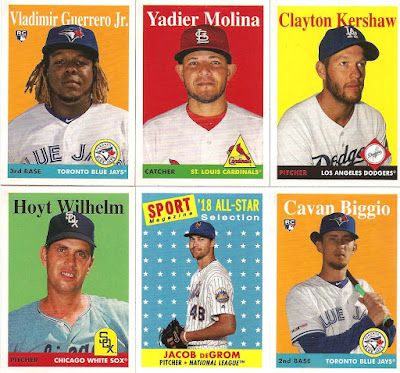 5 of the 6 are PC guys, that works for me. The other is the Biggio RC which is also a keeper. 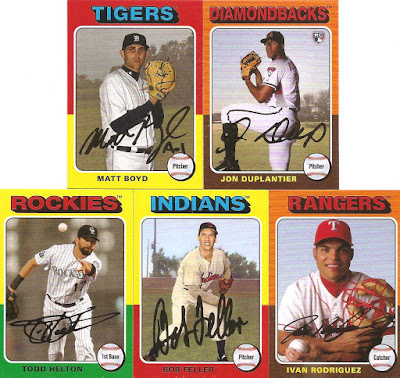 The 3 bottom cards go into the PC box (for the next PC update). The RC card is a keeper and the lone Boyd is heading to the Owl. 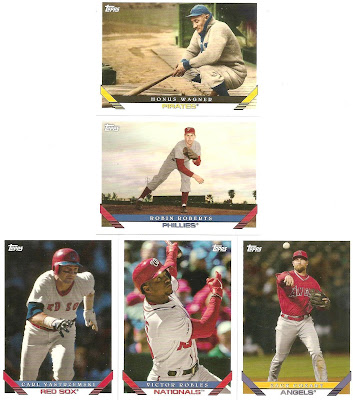 The 93's brought 3 PC guys, 1 that goes into a future possible box.


Okay not a terrible pack, but not that great either for this Braves fan. 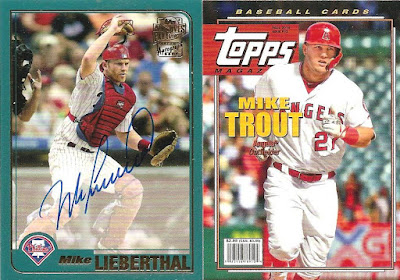 Trout and an on card autograph. Looking good so far. Hesistate......now vent..... Topps Fire is $70.00 for a box and they inserted sticker autos in those. At least here with the Archives it is ON CARD! 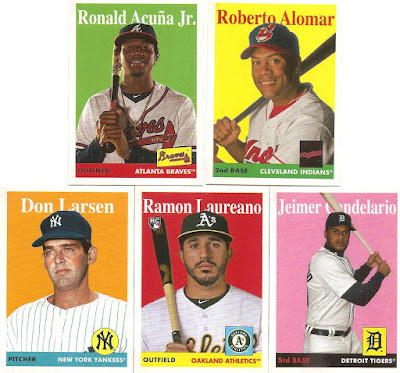 3 Keepers one of which is Acuna baby! Looking much better now. This Acuna goes to the PC as I got my Braves team set in yesterday and will be highlighting them tomorrow. There is an Acuna variation though. I'll have to check it out. 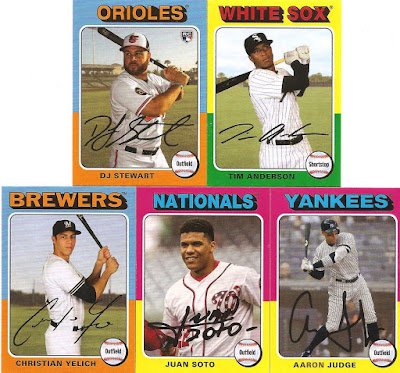 The 3 on the bottom make the PC as well as the RC leaving another one heading to the OWL. 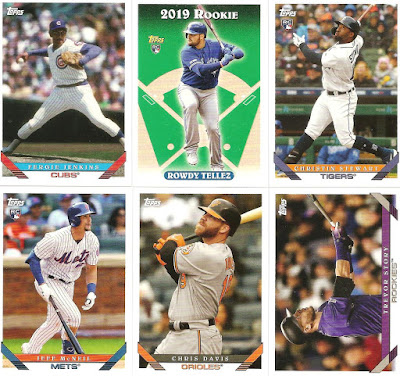 
The on card autograph and the Acuna are basically carrying all of the weight, the Trout insert might be the push to choose pack 2 over pack 1. You'll have to choose for yourselves.