Saturday was a bad day

I am writing this post from home in Ocala, FL. I had to come back (this morning) to fix some problems. It all started Saturday morning around 10:30 am EST. My youngest daughter called (something she doesn't do- usually texts, heck they all do). She said there was sewage backed up in every water outlet in the house. Big problem as the drains were slow and backing up a little last month and she had a plumber come out and "per my instructions" was to snake the drains from the INSIDE and replace the wax ring in the master bathroom. She did tell the guy that, and he said no that wasn't needed because it was plugged at the main. Needless to say I was right, and now I have a HUGE mess on my hands (not literally of course).

That is how Saturday started, then a few hours later we received a call that my Uncle's neighbor (99 yrs old) passed away. They were good friends. Then a few hours later getting near dusk outside and yet another phone call about one of my Uncle's 1st cousins passing. Saturday was rough just trying to keep my Uncle in good spirits, can't let depression take a hold him. All this while still trying to make arrangements (on a weekend) for a Septic company, the plumber (again), care giving for my Uncle, and to make the trip back down here.

Needles to say, come Sunday I was exhausted. I was wiped out and I needed a pick me up. Always have to make lemonade when given lemons. One of my goals for myself, not the blog so much was to avoid buying boxes of new cards (current stuff). I've done extremely well with that I haven't bought a single new product from a store yet. Well, until Sunday. I hit Wally World up with the plan to get 5 (five) blasters of Stadium Club. I figured the cost would be the same as buying the only complete base set on Ebay. Which I refused to do at that price. I bought last year's and the 2017's for $30.00 each. At least this way I had a chance for the hits. I knew I wouldn't be able to complete the set, but I needed the pick me up.

I get to Walmart and they only had 2 blasters and 7 hangers which is the equivalent to 2 blasters in theory.  So I will be posting blaster vs. blaster tonight MY WAY BY JUST SHOWING THE "GOOD CARDS" . Tomorrow I will do the hangers. 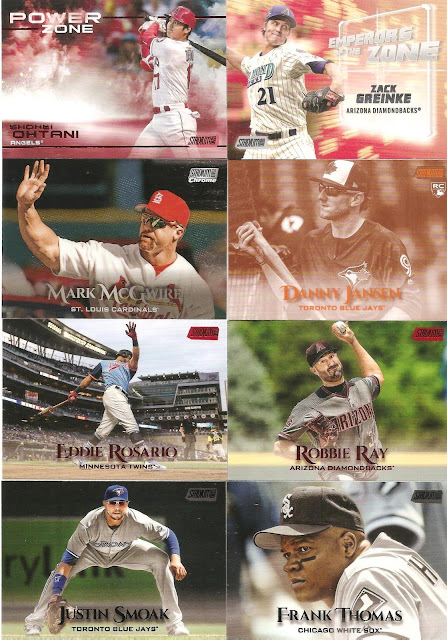 The inserts and color parallels. The orange maybe what they're calling photographers proof, not sure yet. 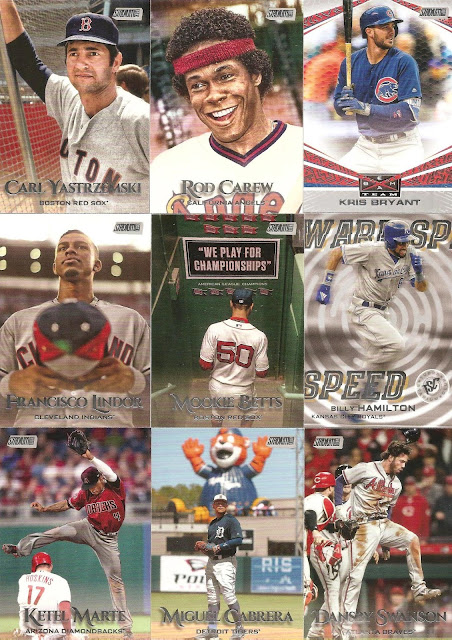 The last 2 inserts and some cool cards. 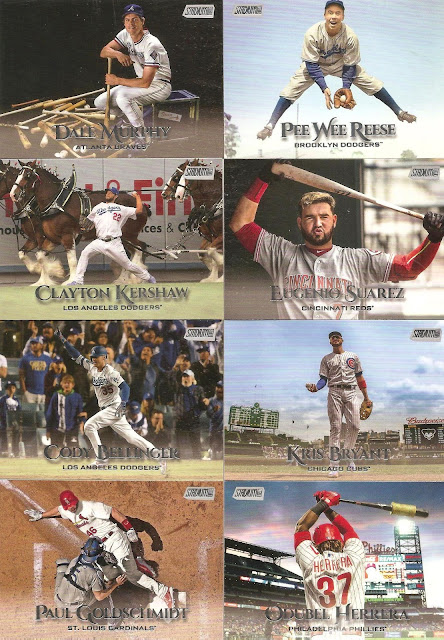 More cool cards. That Murphy which NO posted the other day was the very top card of the first pack I opened.  (Obviously, My team set is due in today, back in GA). 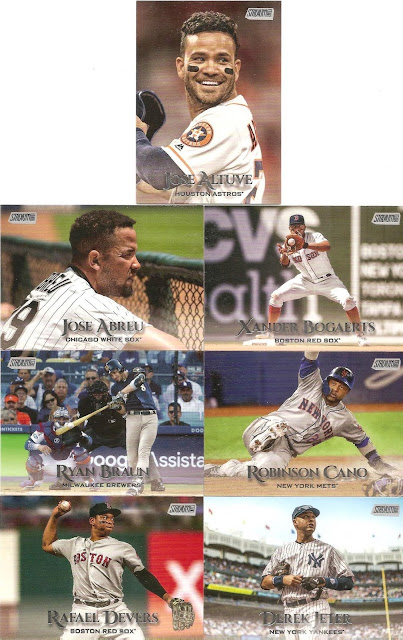 That wraps up the highlights from box 1. 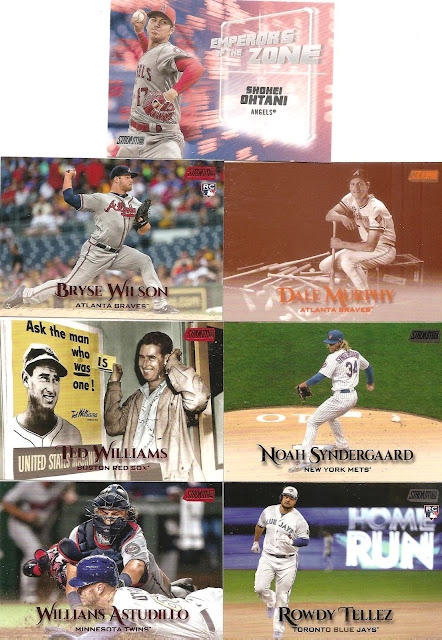 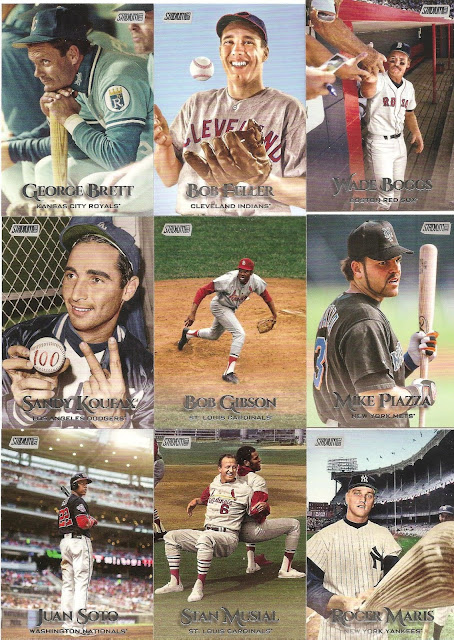 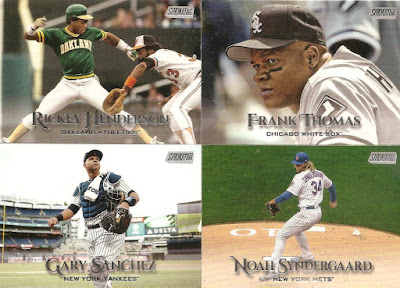 
That wraps up box 2. I did feel better after ripping those packs. Now to go find the other 3 blasters. (by the time you're reading this I will have done so). When the septic guy is finished I think I'm going to the Walmart by my house. I still need to finish the set.